BROOKLYN Nets star Kyrie Irving has likened NBA arenas to “human zoos” and blasted “underlying racism” after a fan was arrested for throwing a water bottle at him.

Viral video footage showed the container narrowly miss the 29-year-old’s head as he walked off the court, having helped his team secure a 141-126 victory over the Boston Celtics. 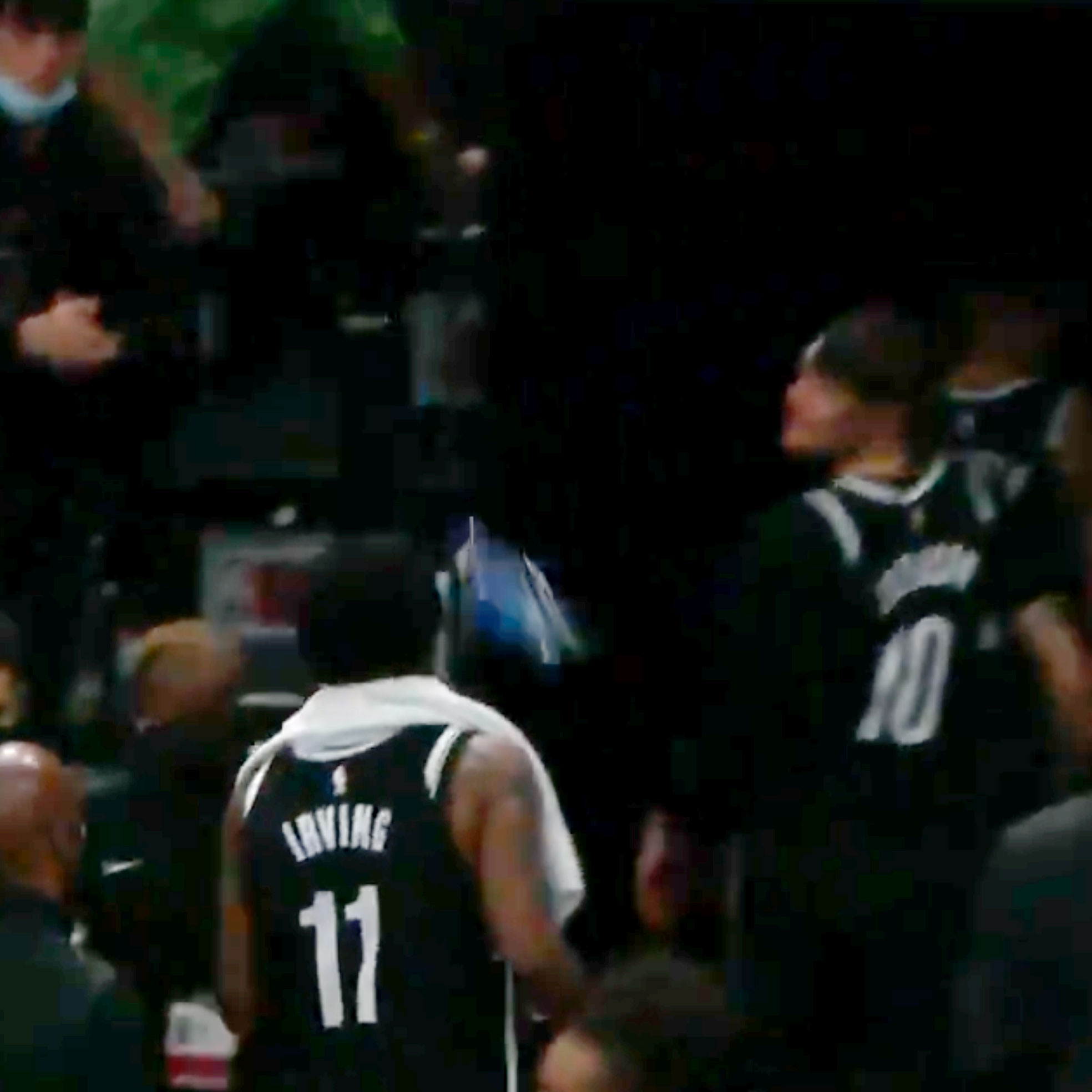 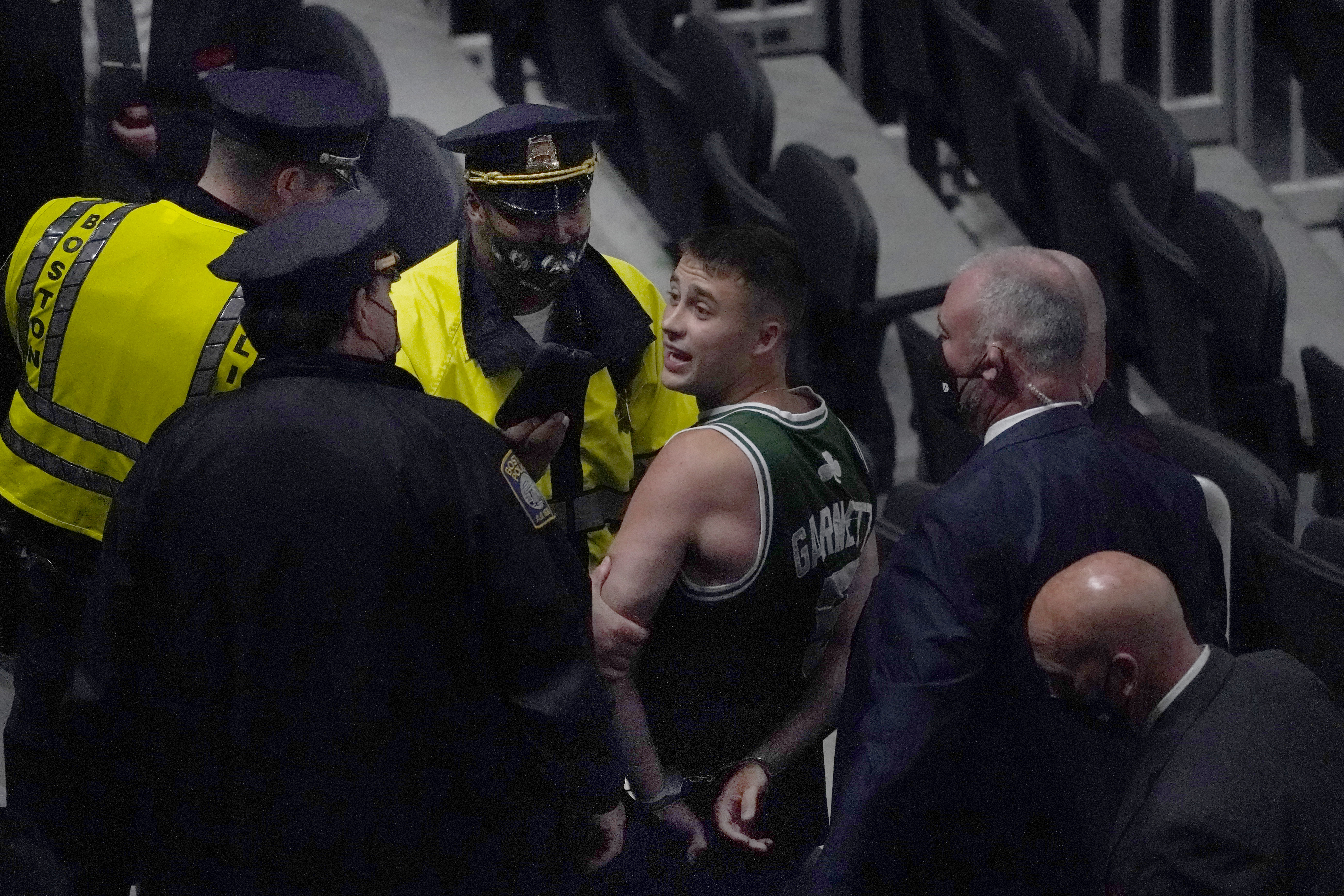 Cole Buckley was arrested after he threw a bottle at Irving following the matchCredit: AP

Former Celtics player Irving went to center court following the match on Sunday to meet with some of his ex-teammates.

But spectator and Celtics follower Cole Buckley, of Braintree, hurled a bottle at the basketball star as he exited the pitch, which almost his the back of his head.

The 21-year-old has been slapped with a lifetime ban from TD Garden after being charged with assault and battery following his arrest at the Massachusetts arena.

Buckley was pictured in handcuffs as he was escorted out of the stadium flanked by security guards.

Nets guard Irving has now criticized some fans for treating players like “they’re in a human zoo” after the near miss, citing “underlying racism”.

“It’s unfortunate that sports has come to a lot of this kind of crossroads where you’re seeing a lot of old ways come up,” he told reporters after the game.

“It’s been that way in history in terms of entertainment, performers and sports for a long period of time, just underlying racism and just treating people like they’re in a human zoo.” 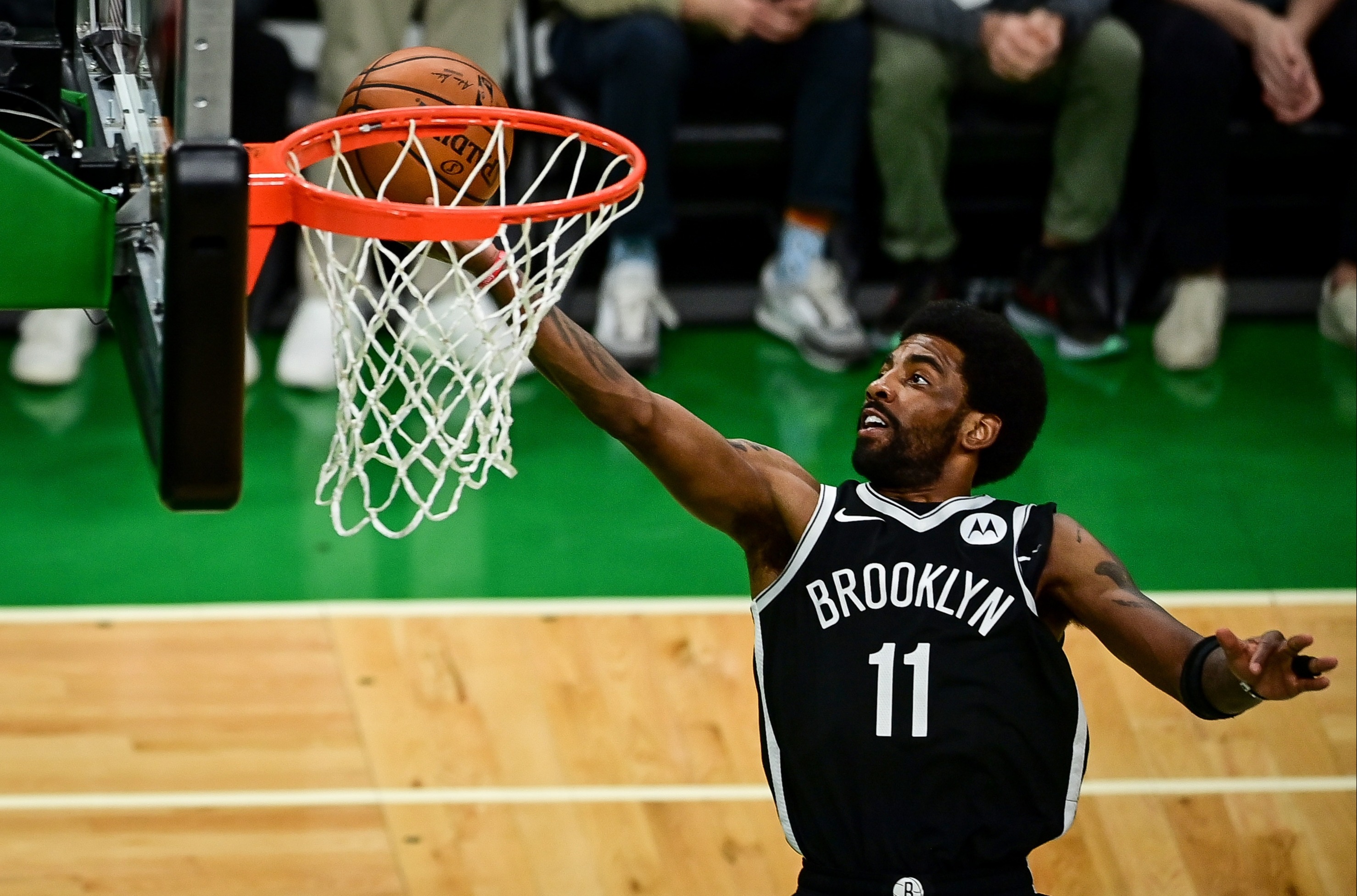 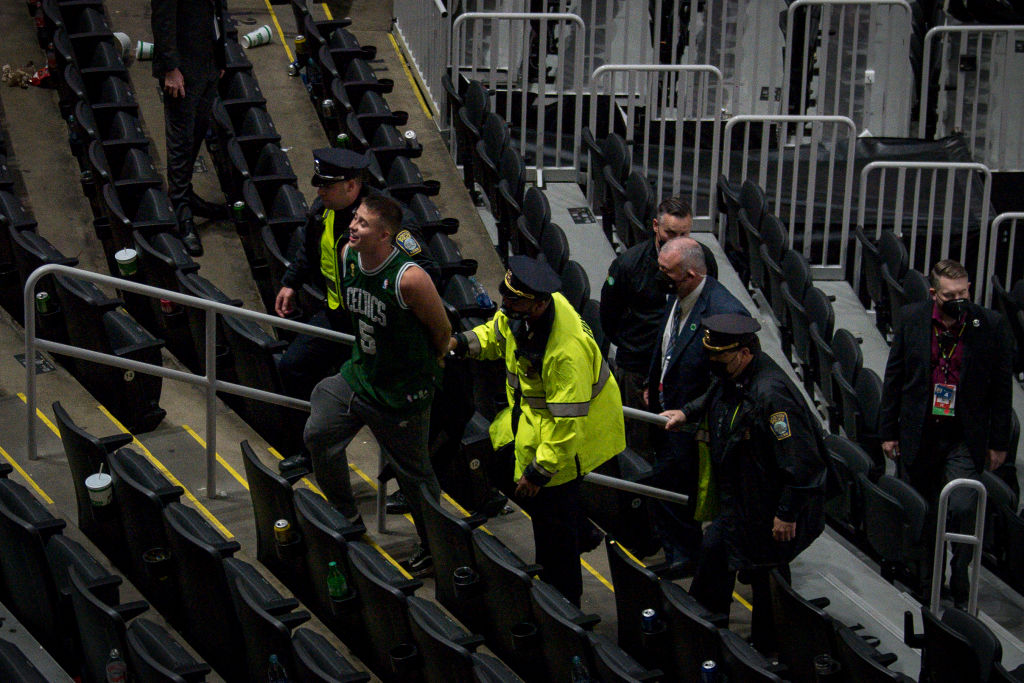 Buckley, 21, was put in handcuffed and escorted out of the arena after hurling a bottle at IrvingCredit: Getty 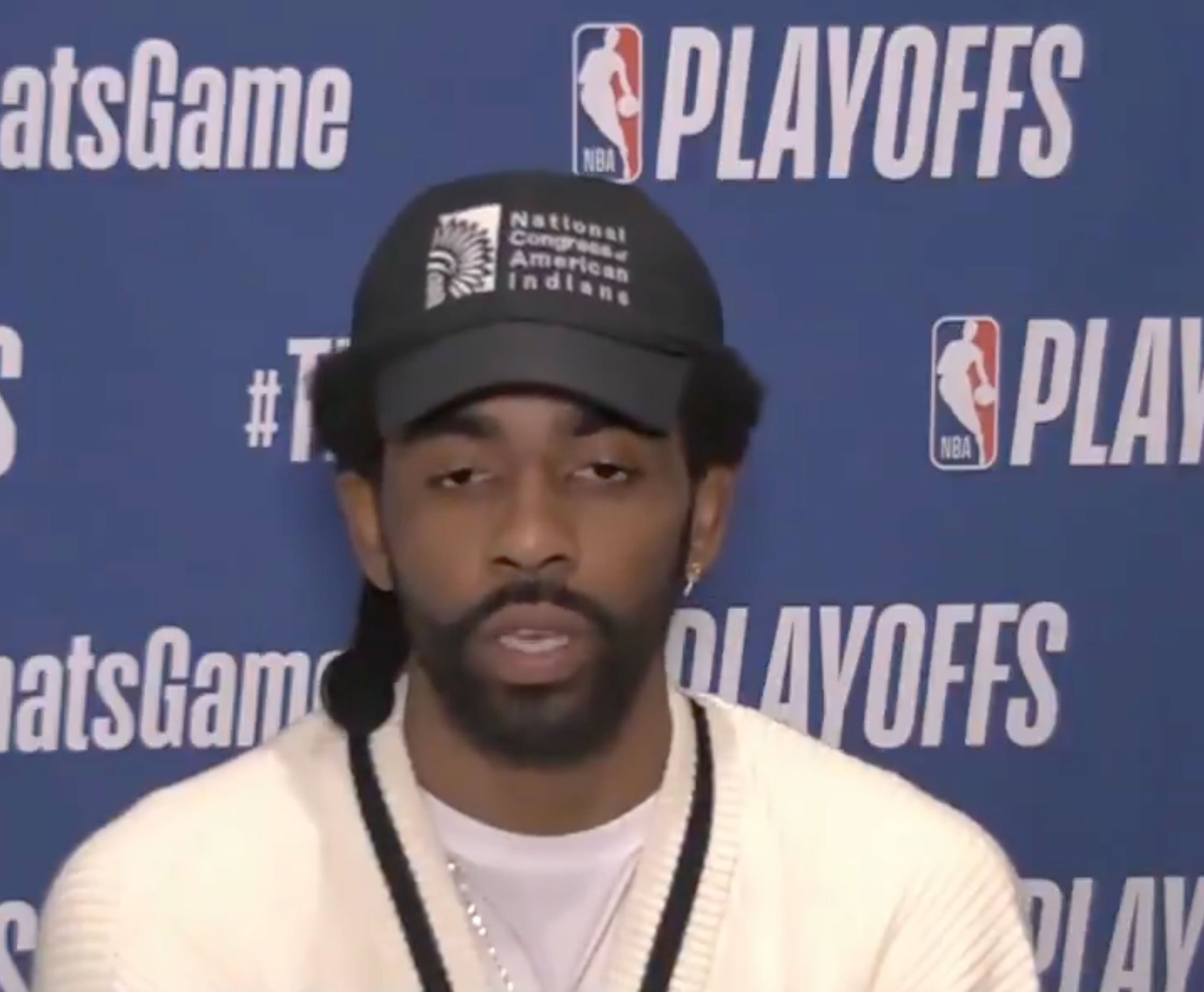 Irving hit out at fans after the incident

“It’s a certain point where it gets to be too much – people just feel very entitled out here.”

Irving scored 39 points during Sunday’s match, helping the Nets bag the win in Game 4 of their first-round Eastern Conference playoff series before the bottle was flung at him.

A spokesman for the Garden has said the site has “zero tolerance” for such incidents.

“A guest was arrested by Boston Police at the end of tonight’s Boston Celtics game for throwing an object,” a spokesperson said.

“We will support and provide assistance to Boston Police as this incident is under review.”

“We have zero tolerance for violations of our guest code of conduct, and the guest is subject to a lifetime ban from TD Garden.”

Buckley, 21, will be arraigned on Tuesday, June 1 in Boston Municipal Court.

Irving played for the Cleveland Cavaliers from 2011 to 2017, before heading to the Celtics for a two-year stint until 2019, when he left to join the Nets.