The undefeated Russian retained the 155lb throne with a second-round submission victory in the main event of UFC 254 in Abu Dhabi, where he turned in arguably his best performance inside the octagon. 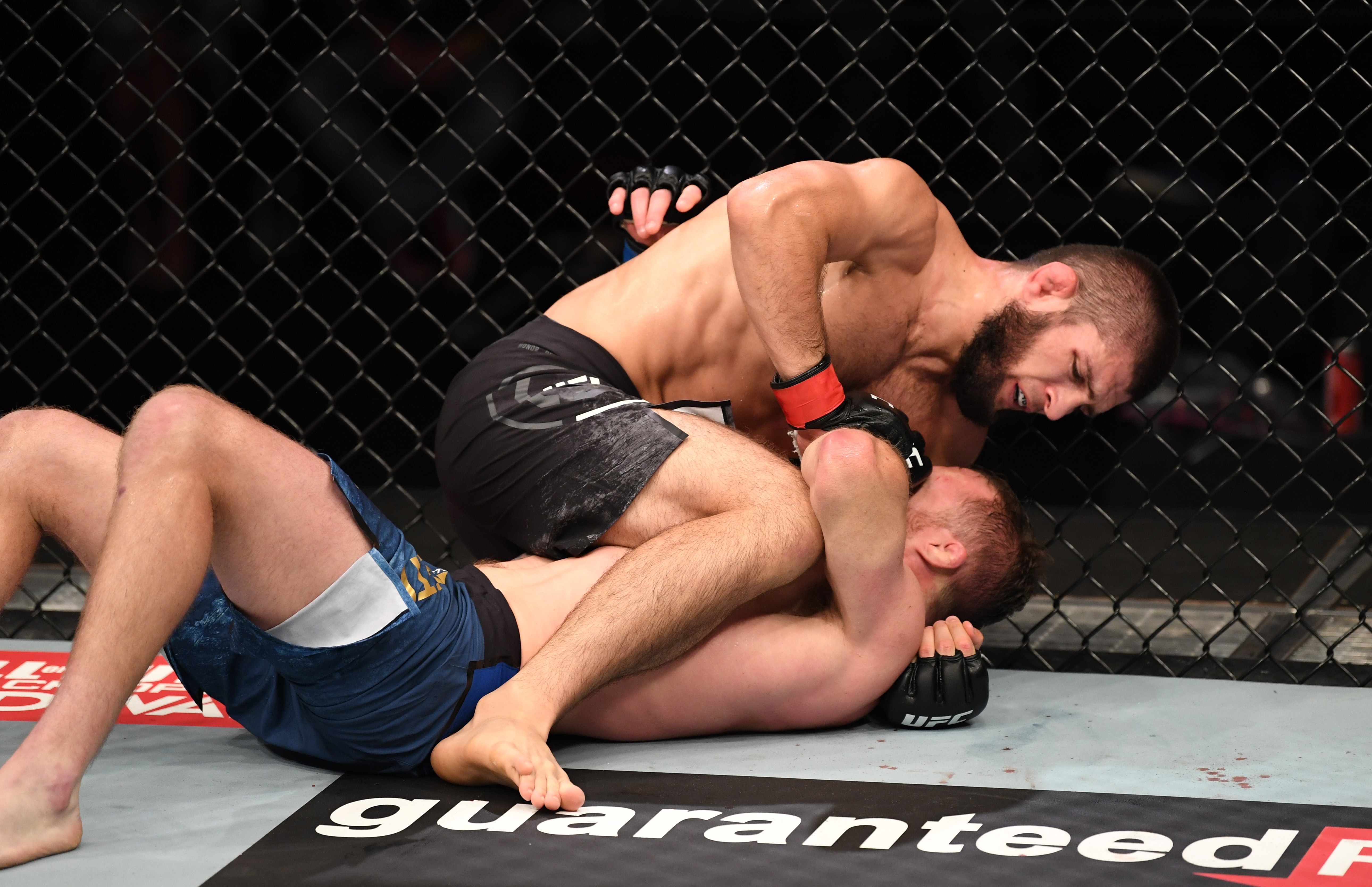 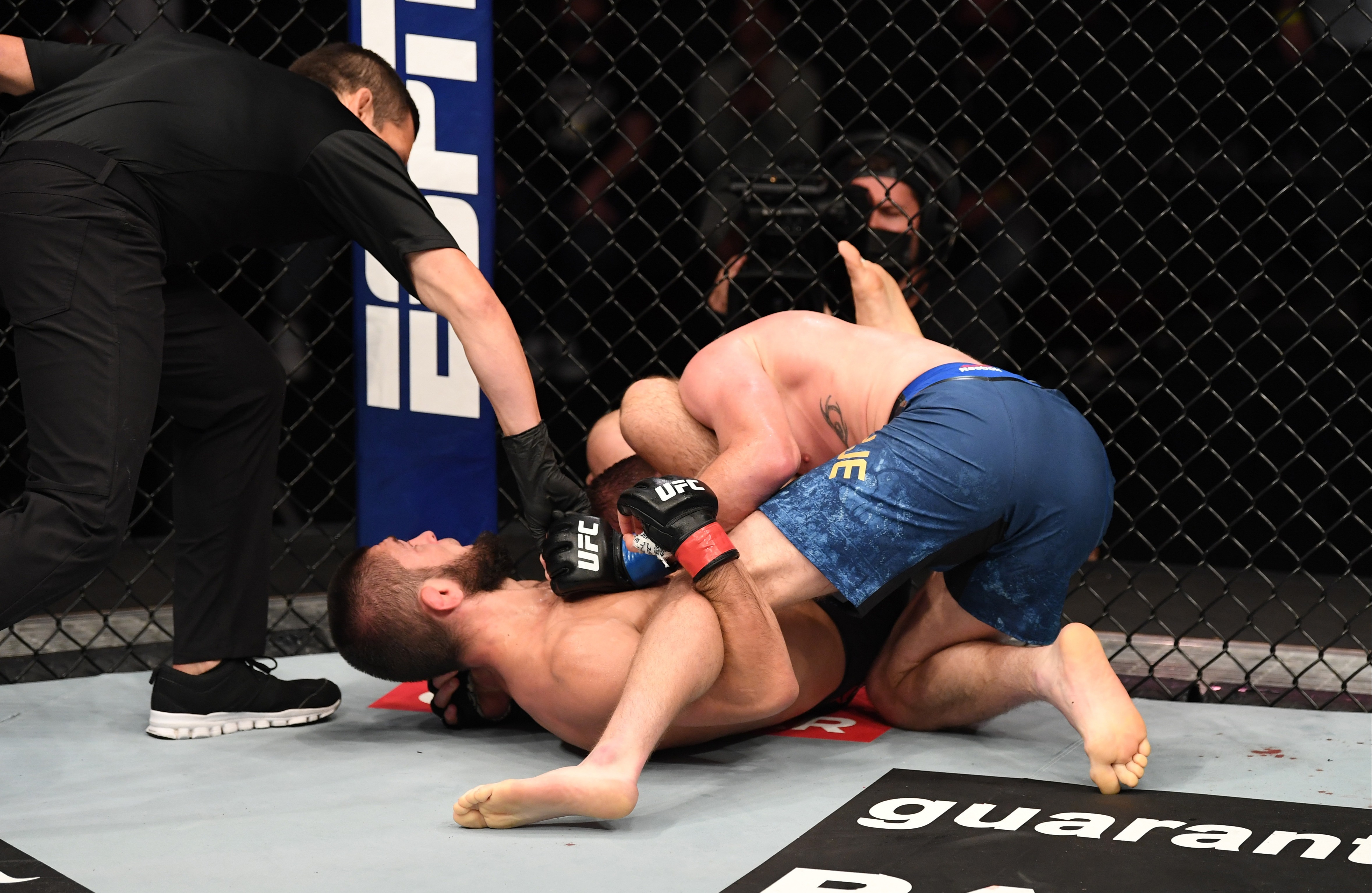 Nurmagomedov, 32, was relentless from the outset, immediately taking the centre of octagon and stalking the former interim lightweight champion.

Gaethje had no answer for The Eagle’s intense pressure and reverted back to his wild ways, which ultimately ended up being his undoing.

In an interview with Magomed Ismailov, Nurmagomedov said of his last octagon outing: “You may not see this, but I felt it: He gave up. I mean, his will was broken.

“He gave up mentally. I don’t think that I won this fight physically, but rather mentally.”

Gaethje – who at the time was riding an impressive four-fight win streak – was tipped by many to give Nurmagomedov the sternest test of his career due to his wrestling credentials and much-improved striking.

But just like the 28 men who previously tried and failed to defeat the Dagestani destroyer, he ended up succumbing to his crushing top game.

Nurmagomedov’s dismantling of Gaethje was made even more impressive by the fact he had a serious case of the mumps a matter of weeks before the fight.

Victory over the former World Series of Fighting 155lb champ marked the end of Nurmagomedov’s mixed martial arts career, which he brought the curtain down on moments after having his hand raised.

Russian’s first UFC champion called time on his hall-of-fame career as he promised his mother he’d no longer compete without his later father, Abdulmanap, by his side.

Nurmagomedov briefly flirted with ending his retirement last month, telling UFC president Dana White he’d consider returning if one of the four lightweights who competed at UFC 257 did something spectacular.

The Eagle, however, didn’t see anything from the quartet to get his competitive juices flowing again. 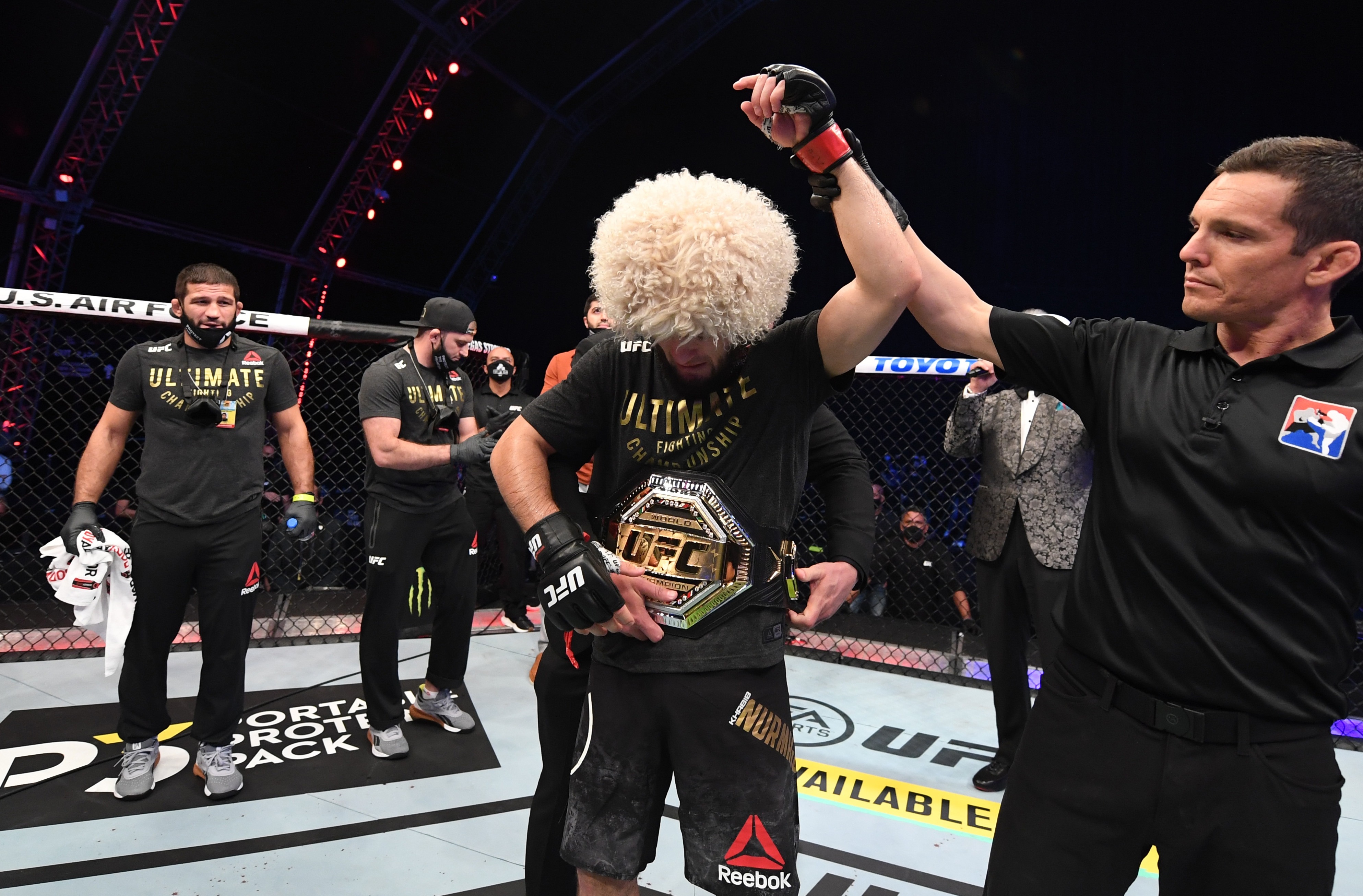 But former UFC heavyweight champion Bas Rutten reckons the Dagestani’s love of competition will eventually lead him back to the octagon.

He told SunSport: “I have to see with Khabib. He’s a very competitive guy.

“In two years from now, is the blood going, ‘I would love to fight again’?

And we would all love to see him fight again and he’ll make a killing.

“Maybe he will be back. I have that feeling because he’s just that competitive.”

Khabib vs Gaethje: Round by Round – UFC Legend retires after destroying opponent