KENDALL Jenner has been slammed by fans after claiming she wore a dress “better than” ex-friend Selena Gomez in a savage tweet.

The supermodel posted a springtime snap in the same floral Rotarde dress worn by singer Selena in her De Una Vez music video earlier this year. 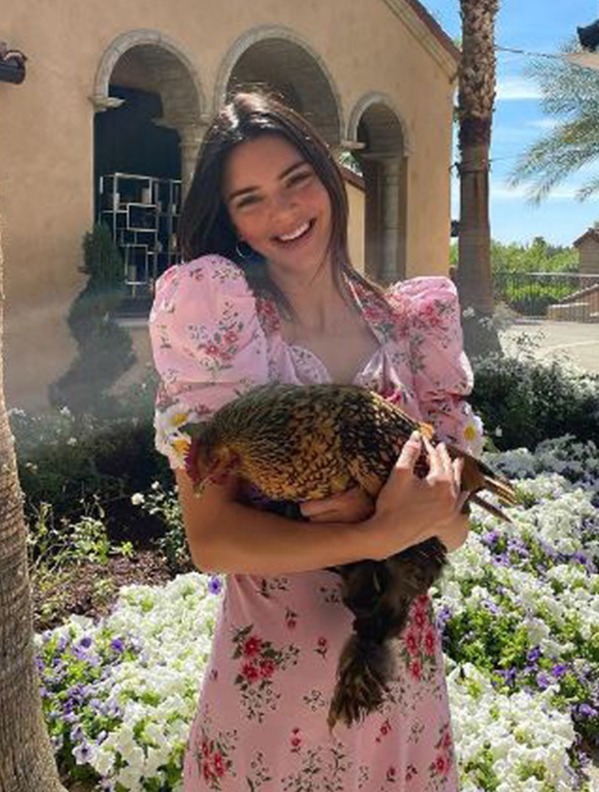 Kendall posed in the pink dress over the Easter weekendCredit: @kendalljenner/Instagram

Kendall wore the floor length floral dress as she took an Easter vacation with her family in Palm Springs over the weekend, with fans flocking to call her “beautiful” and “gorgeous”.

But it didn’t go unnoticed that the dress matched what Selena had chosen for her recent Spanish music video.

Many of Selena’s fans took to the comments of Kendall’s snap to dub the pop star “superior”, writing: “As much as you hate her, she is your inspiration.”

Nevertheless, while the 24-year-old‘s twinning moment could have easily passed as flattery, or a coincidence, Kendall went on to throw shade in Selena’s way in response. 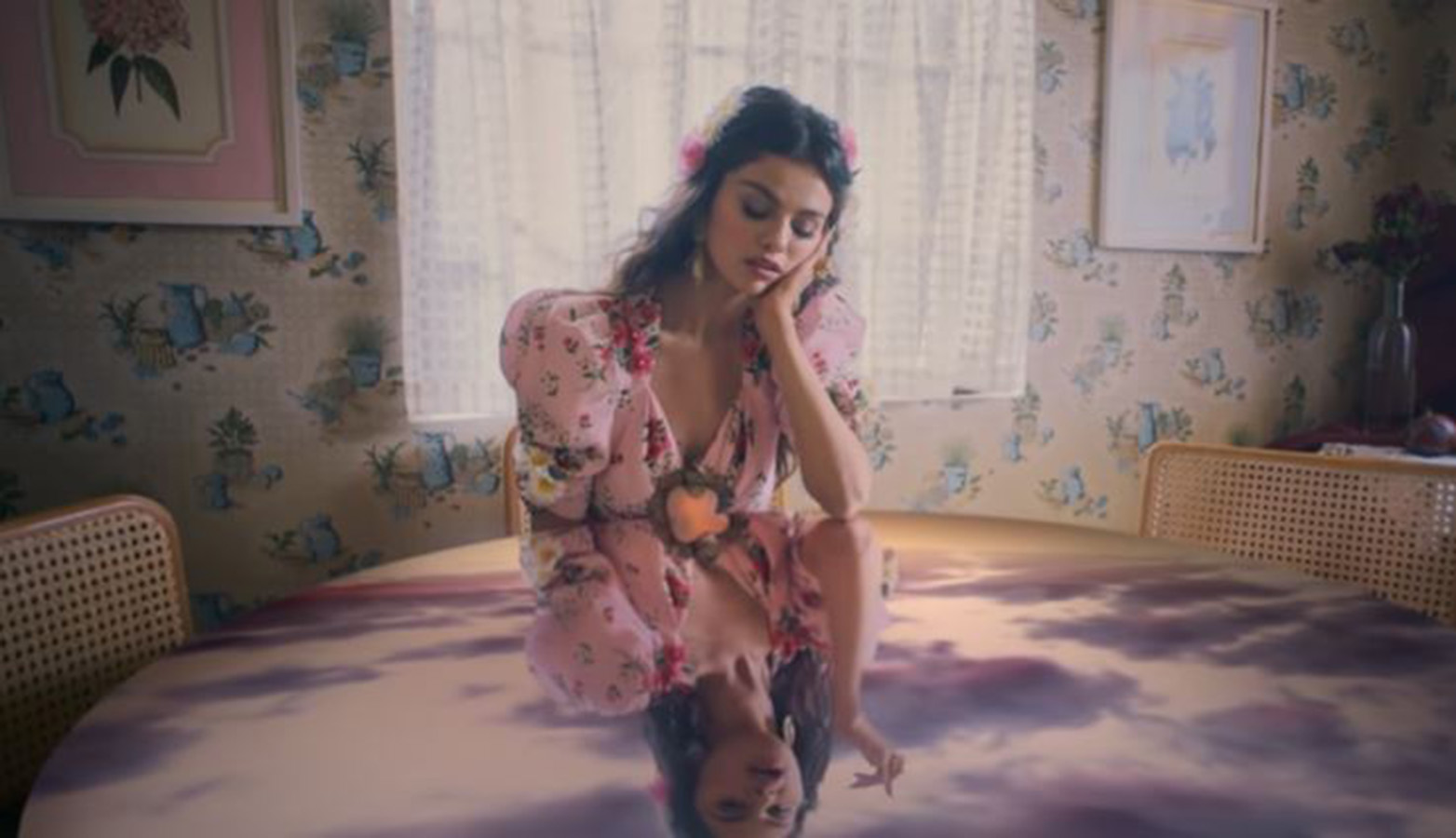 It was the same dress worn by Selena in her recent music videoCredit: Selena Gomez/Youtube 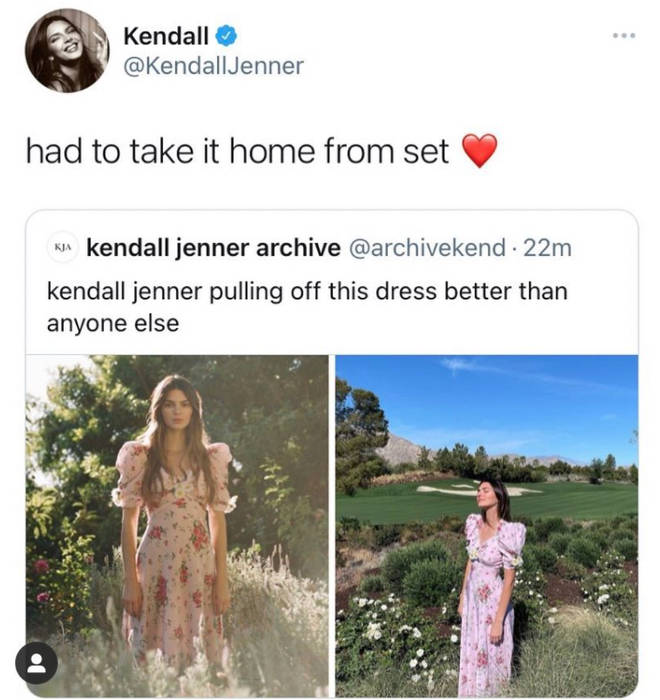 She chimed in on a passive-aggressive debate of who wore it best on Twitter, re-posting one tweet that said Kendall wore it “better than anyone else”.

“Kendall Jenner pulling off this dress better than anyone else,” the fan account had posted, alongside two photos of the Tequila 818 founder.

“Had to take it home from set,” model Kendall wrote in response in a now deleted re-tweet that riled up the Disney star’s fans.

Selena’s fan account, Official Selenators, were soon to clap back, calling her the “original” and the “blueprint” for Jenner’s outfit. 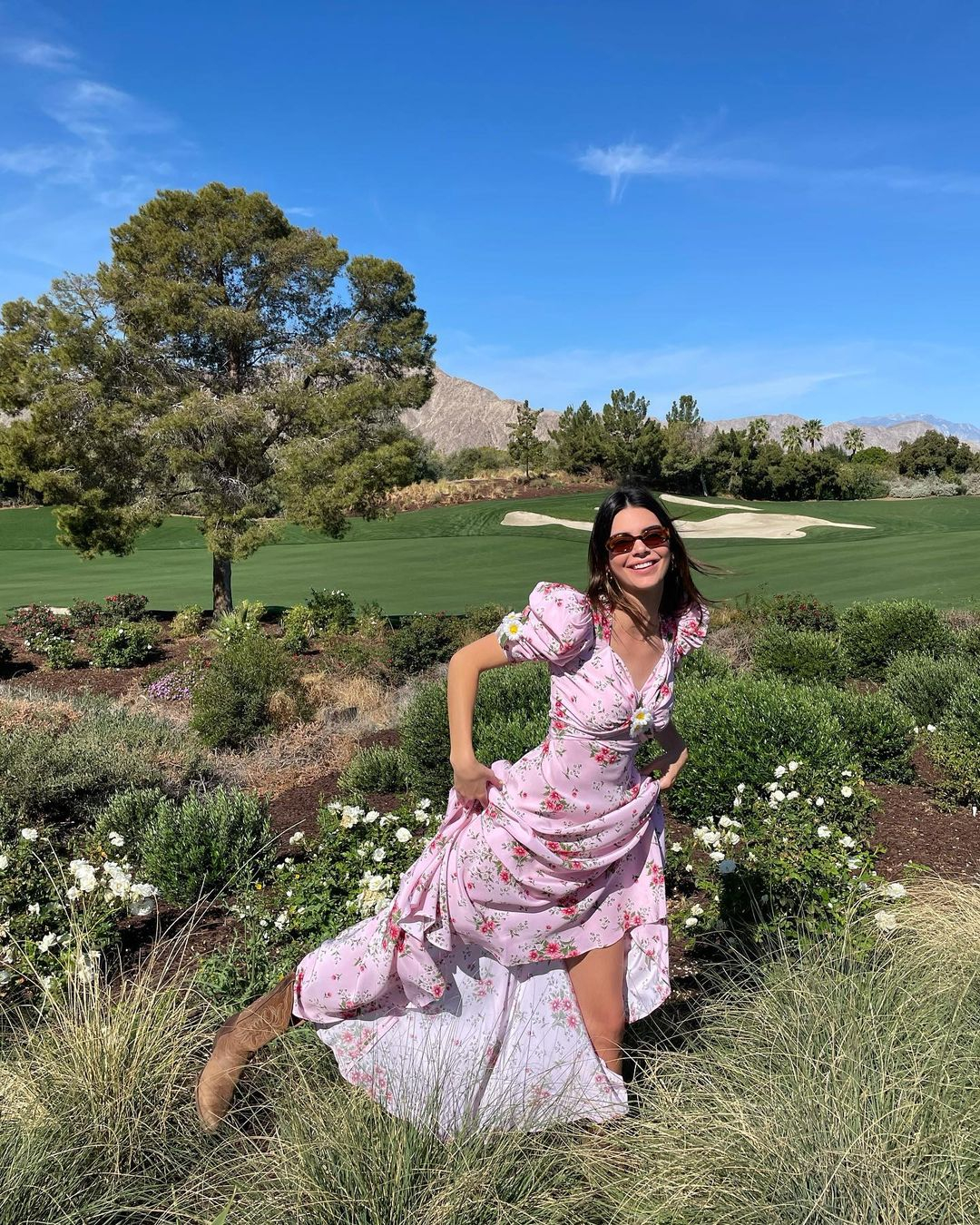 The fan account had written Kendall had “worn it better” than SelenaCredit: @kendalljenner/Instagram 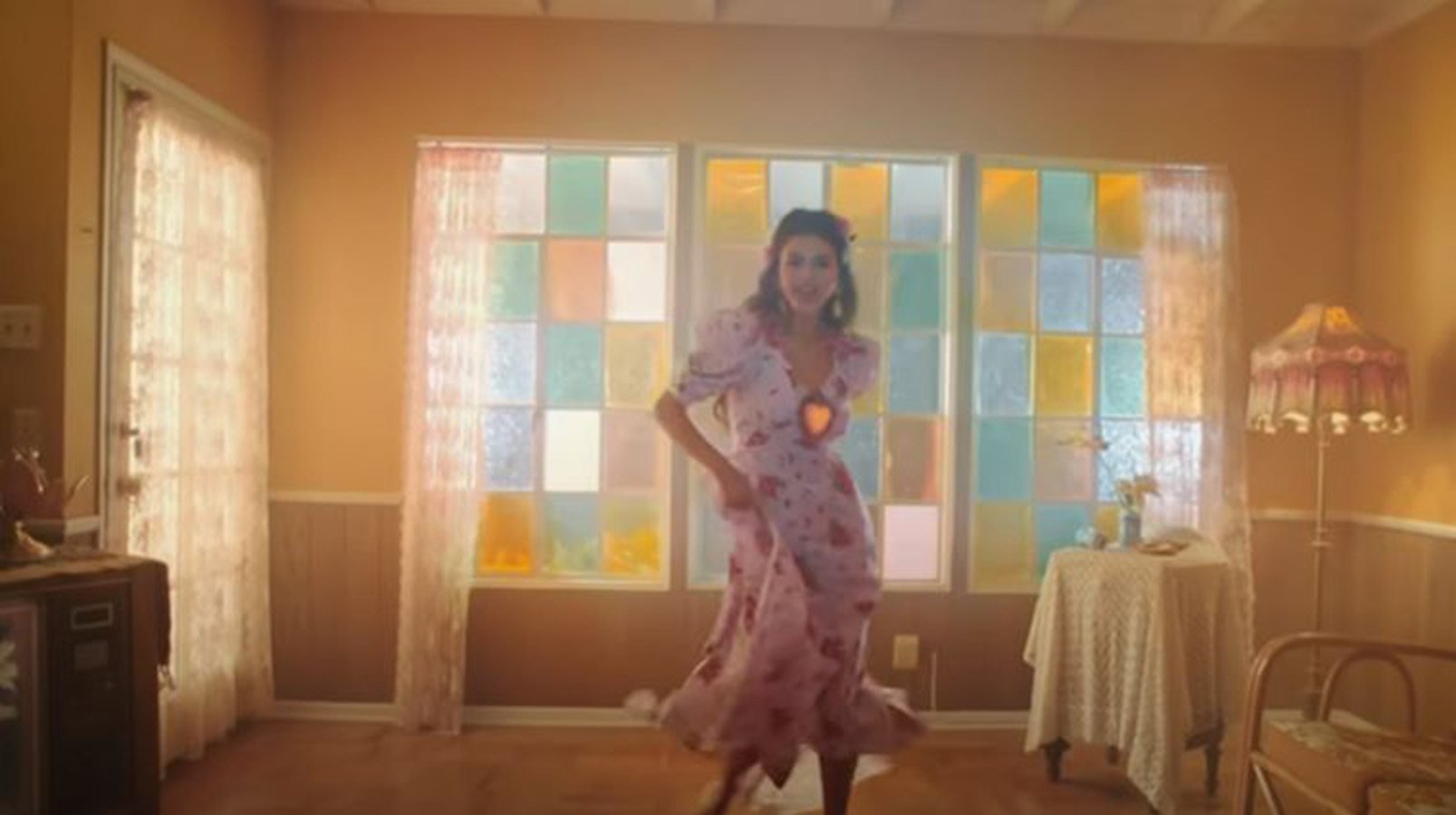 The singer was seen in the dress for her De Una Vez music videoCredit: Selena Gomez/Youtube

“Kendall should’ve just sat there and held her chicken instead of quoting that tweet, she knew good and well what she was doing,” another said.

“I love Kendall but this shade towards Selena doesn’t sit right with me,” a third agreed. “Would’ve been fine otherwise.”

It was quickly discovered the Keeping Up With The Kardashians star was first to model the $2,645 gown during a shoot for Vogue China in January, causing yet another stir.

“Selenators are dragging her for no reason,” one wrote in defence of Kendall. “There’s proof that Kendall wore it first.”

Fans stepped in to defend the celebs from both sidesCredit: @souvenirgomezz/Twitter 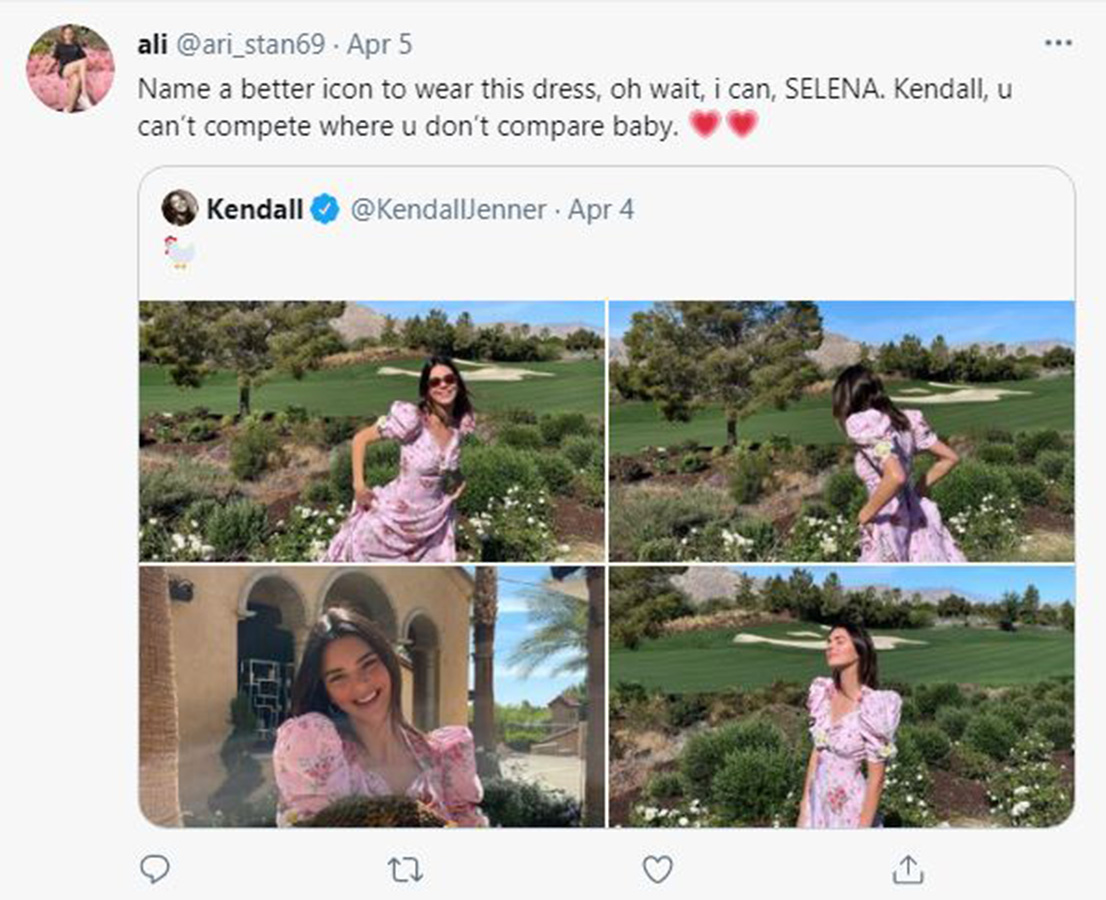 Many lashed out at Kendall and slammed her for wearing the dressCredit: @ari_stan69/Twitter

While others defended both stars: “There was no reason to compare Kendall and Selena over a dress they both looked stunning in.”

Kendall and Selena’s fall out is nothing new – with the dress-gate just the tip the iceberg of an seven-year feud that began in 2014.

It all came as the Jenner’s grew close to Selena’s then on-and-off ex-boyfriend Justin Bieber, now married to Hailey Baldwin.

Kendall is best friends with fellow supermodel Hailey, who began datinght the Baby singer in 2015 and married him in 2019, as the pair are often seen taking vacations together. 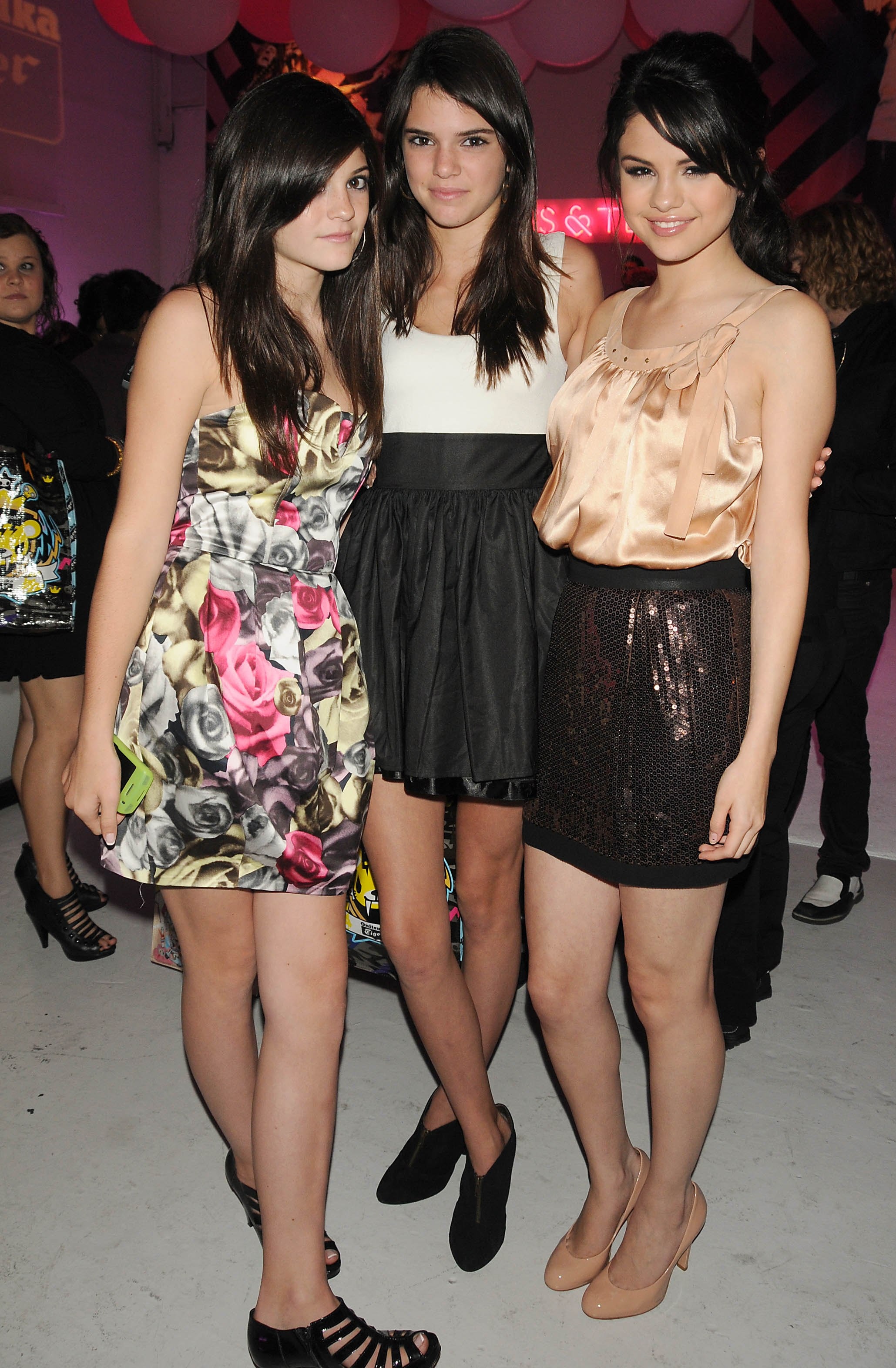 Selena and Kendall used to be friends before they fell out in 2014Credit: Rex

Selena cleared out her Instagram friends, and shocked the world by unfollowing the “toxic” Jenner sisters Kendall and Kylie, 23.

In case that wasn’t obvious enough, the star deleted snaps of the former friends partying together at Coachella, with Kylie and Kendall hugging the singer from either side.

“Selena feels like she doesn’t have any support right now and it sucks,” a source told Hollywood Life of the rift at the time.

Taylor and Selena had been long term friends, and remained close throughout the cancelling saga while Kendall sided with Kim, 40.

Selena has kept quiet throughout the current drama – and instead recently appeared to have reconciled one former friendship that went sour.

The 28-year-old reached out to Bring It On actress Francia Raisa, despite their feud that erupted in 2018 over her kidney transplant.

Queen to open Buckingham Palace garden for picnics this summer