KATIE Price’s boyfriend Carl Woods packed up portraits of the star as he joked he “got a new job clearing houses”.

The car salesman shared photos on Instagram of Katie moving back into her mucky mansion and told followers he got a “five star review” from his “Dolly”. 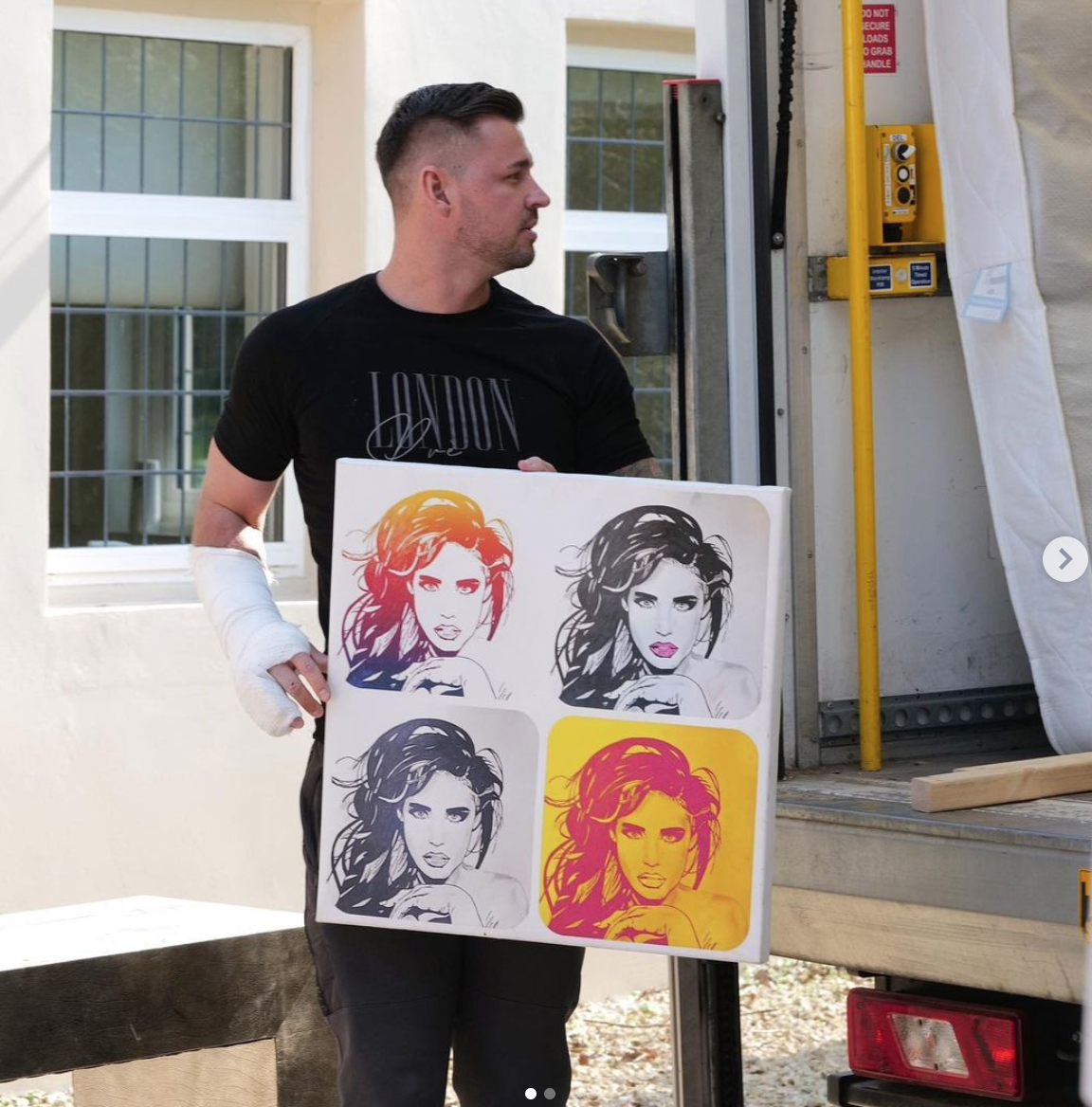 But fans wanted to know why his hand was in a white cast, as one asked: “How’s the hand bro?”

Another said: “Geez what you done to your hand?”

Carl, 32, shattered his hand in a gym accident, which saw him slip and drop a heavy dumbbell on himself.

Katie – who recently sparked rumours she’s pregnant – previously insisted she would never return to the Sussex mansion, but we revealed Carl’s house in Essex, which she had been living in since last September, was on the market for £450,000. 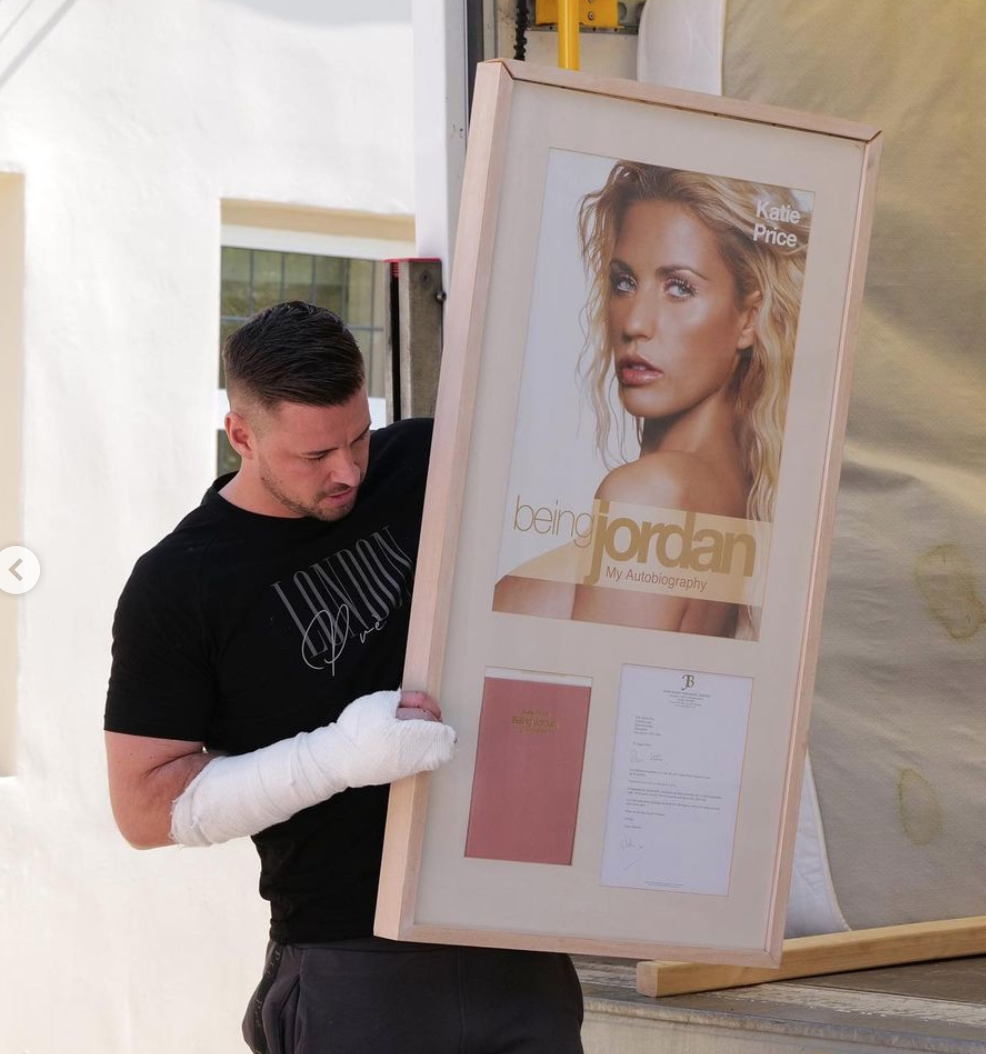 Prior to that she had been staying in a rented house in Surrey, but has now had to move her stuff out of there.

The now infamous “mucky mansion” has fallen into disrepair over the years and recently suffered a collapsed ceiling and flooded kitchen.

The home was also left completely uninhabitable when it was ransacked by intruders last year.

They flooded the upstairs by leaving the taps running – causing thousands of pounds of damage to her newly done-up kitchen.

The trespassers also rummaged through Katie’s personal boxes in the loft to see what they could find.

A distraught Katie said at the time: “I hate it, I just hate it. It looks ransacked.

“I can’t live in a place like this, this is what someone did to my house deliberately. It’s so disheartening that it’s like this.”

However, it seems the house has now been cleaned up, ready for a fresh start for the couple who are hoping to marry AND have a baby this year.