KATIE Price has been seen screaming at fiancé Carl Woods in bed after he posted a “dirty” video to Instagram.

The 42-year-old could be seen pointing her finger and yelling “liar” at her soon-to-be other half as their lay in bed together on Tuesday night. 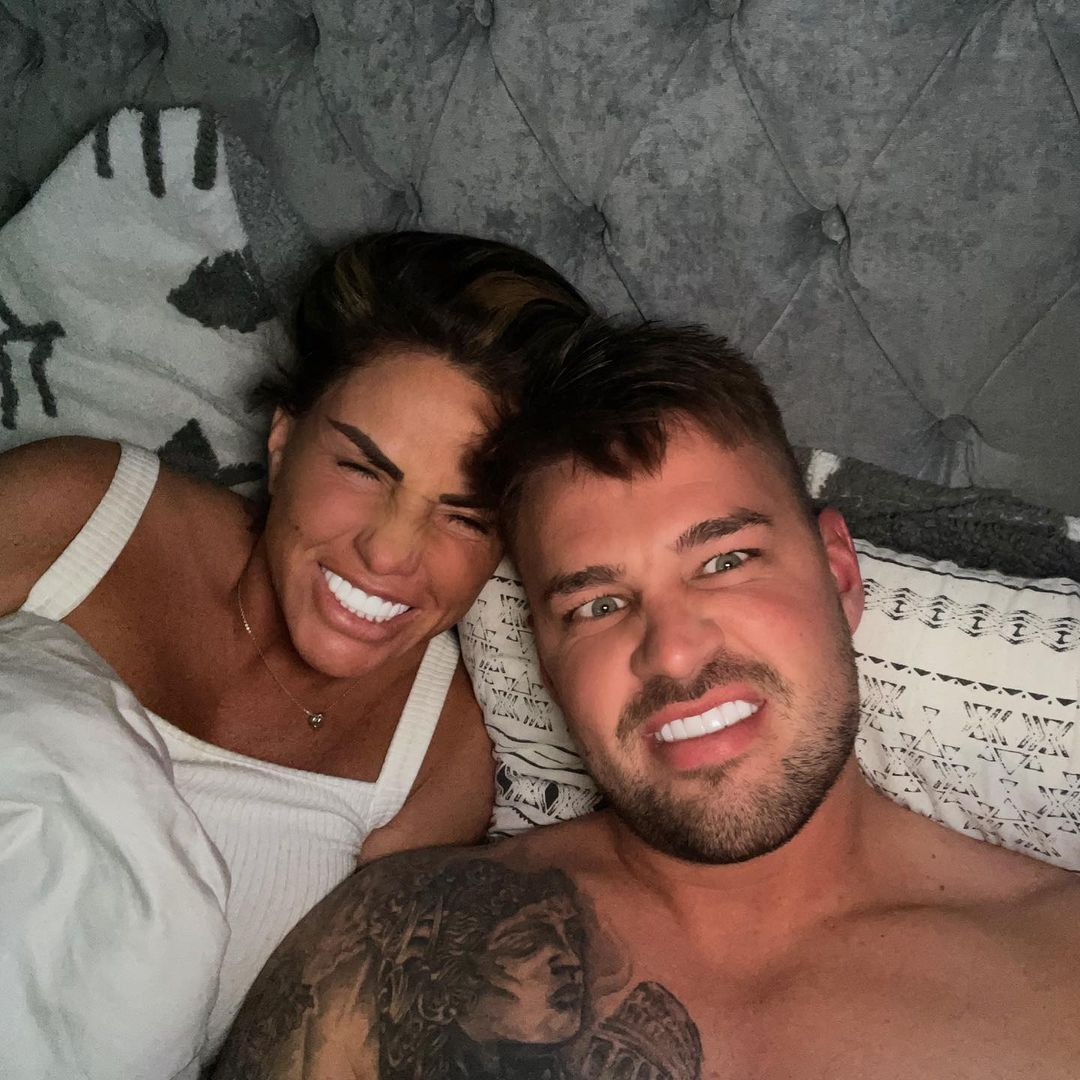 The pair were seen arguing in bed over the “dirty” videoCredit: Instagram

“You think you’re being hilarious, don’t you?” unimpressed former glamour model Katie snithed as Carl, 31, began to film on his Instagram stories.

“You absolutely stink,” the car dealer shouted, turning the camera round to the mum-of-five and accusing her of “s***ing” in the bed.

Katie hit back calling him “dirty” as Carl referred to a story in which her two youngest children ruthlessly accused of “farting all the time”.

“Everyone’s seen the interview they know you fart all the time,” the salesman continued, before pretending to gag. 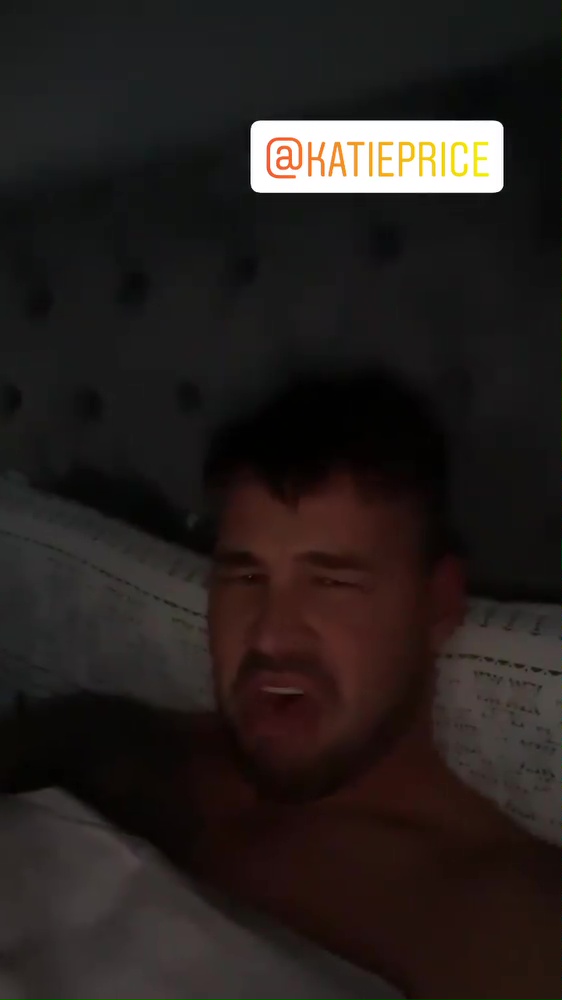 Carl pretended to gag as he filmed the video from their bedCredit: instagram @carljwoods 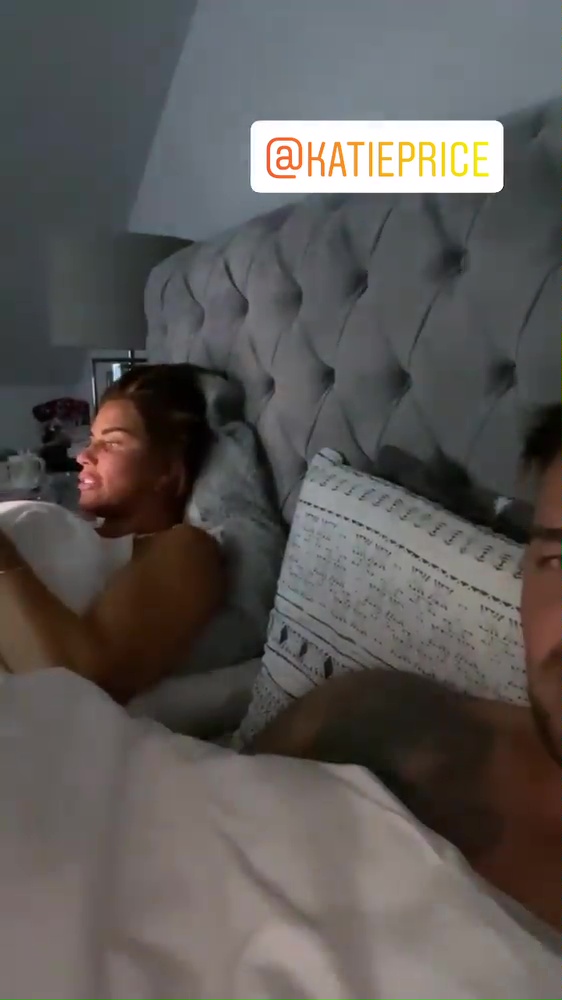 He blamed Katie for “farting” as they got ready to go to sleepCredit: instagram @carljwoods

He continued to film as a small rumble was heard from under the covers, to which he raised his voice and told fans: “I hope you just heard that!”

“You liar!” Katie could be heard shouting in the background, adding: “Now that was you, don’t blame me! Don’t blame me for that! He’s lying!”

Carl swore he was going to “play that back” so fans could make a judgement to who it was doing the dirty deed and stinking out the bedroom.

“Rest my case,” he then wrote alongside a snippet from an online article written in October 2020, in which Katie said she was “incessantly farting”. 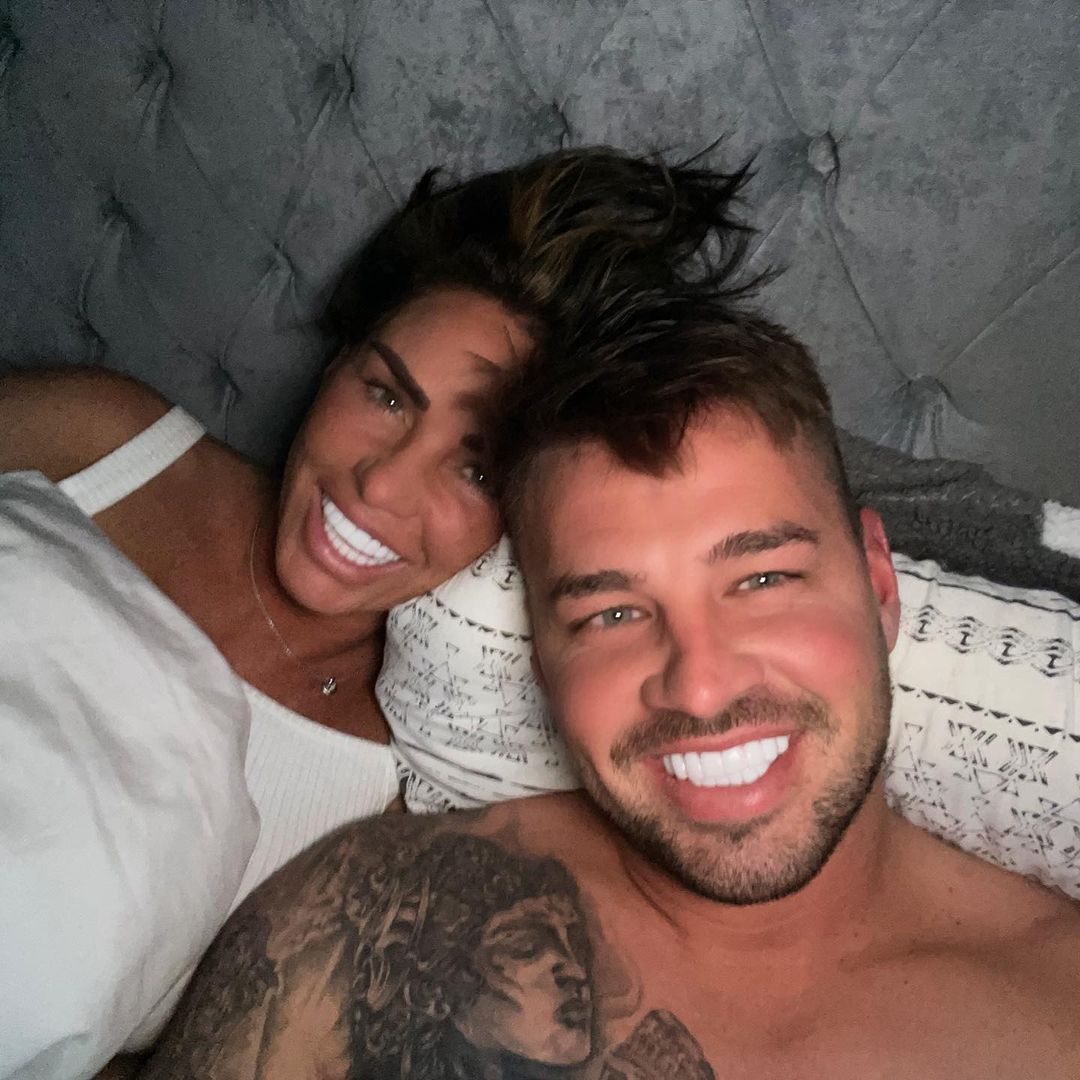 The pair then cuddled up for a sweet photoCredit: Instagram 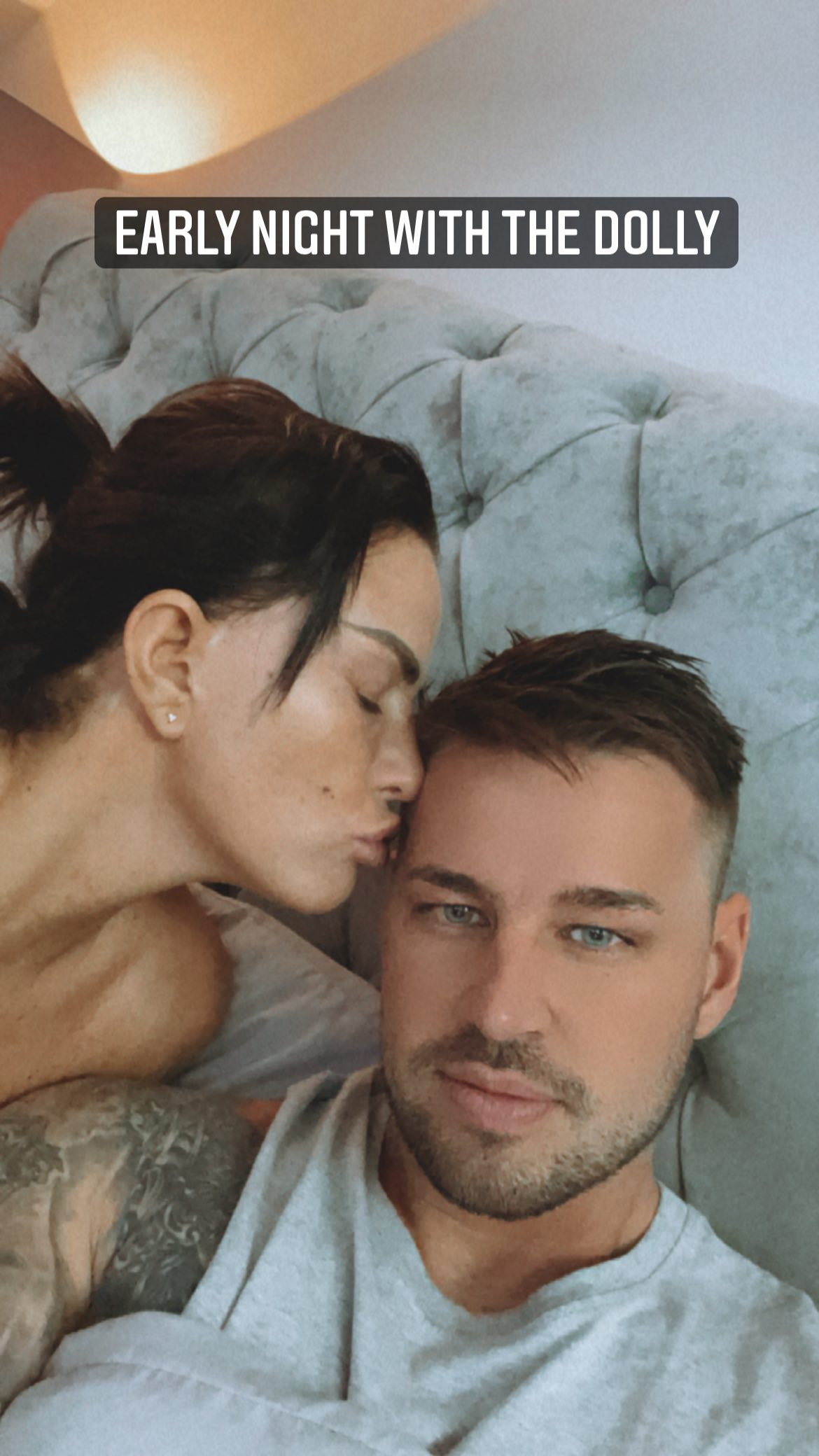 Shortly after, Carl posted a sweet picture of the couple on his Instagram grid as they smiled wide together, writing: “Night from Mrs and I.”

It comes as the media personality revealed she branded a woman who messaged her fiancé Carl a “dog” after asking if he was single on Instagram.

After announcing her seventh engagement last week, Katie explained that Carl still has women sliding into his DMs – even though their relationship is clear to see on social media.

Speaking on The Fellas podcast, the ex-glamour model shared that she and Carl have access to each other’s Instagram accounts and recalled one recent incident of a brazen fan seeing if he was available. 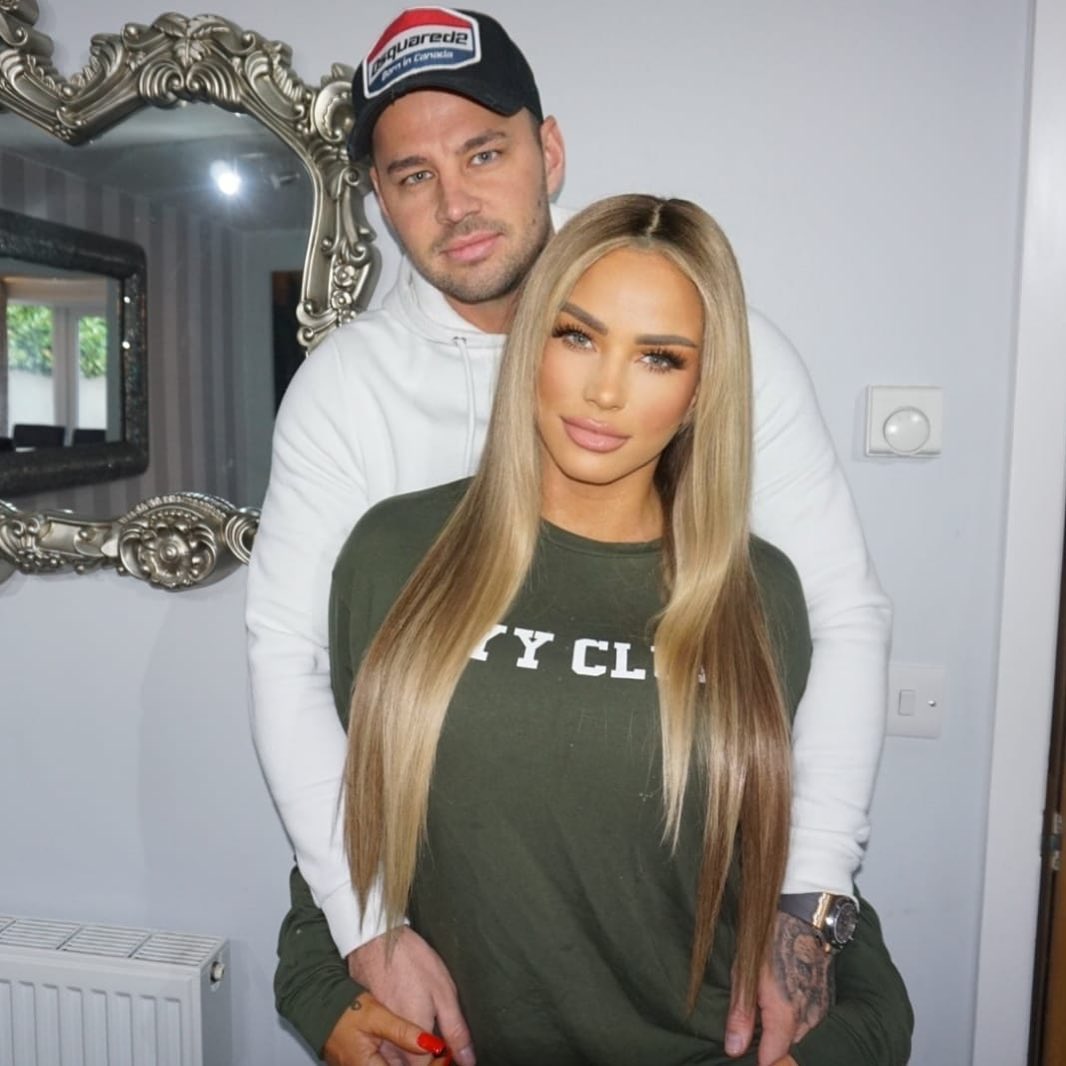 Katie and Carl announced their engagement earlier this yearCredit: Instagram

Stunned by the woman’s boldness, Katie revealed she cheekily retaliated to the social media user’s advances with a voice note and branded her a “dog”.

She shared: “We have each other’s Instagram and if you go on there you know we’re with each other but beggy girls still trying to inbox, message him [Carl].

“There was one the other night when we were with your Dad and some girl said, ‘are you single?’

“And I’d done a voice note back saying, ‘you can clearly see he’s not single’ or what did I say? Play it. It weren’t that bad but I loved it,” Katie added. 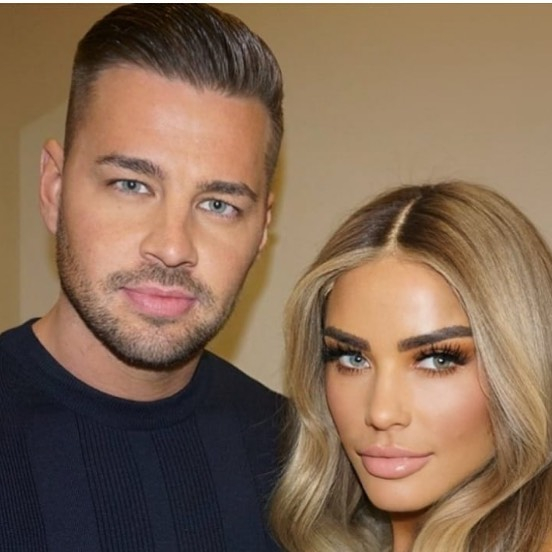 She recently admitted to hitting out against women in Carl’s DMsCredit: instagram

The star’s candour comes after Katie called Carl Woods “the love of my life” following his romantic proposal with an “eye-wateringly expensive” ring.

The I’m A Celeb alum took to social media yesterday to share a photo with her fiancé Carl and gushed over her soon-to-be fourth husband.

The ex-glamour model announced last week that Carl had popped the question after ten months of dating.

The model revealed last week that Carl was the man of her dreams, admitting that he would “look after” if she never worked again.

Katie took to social media to show off her ring in a photo shared to both her and Carl’s Instagram with the caption: “I said yes.”

She told OK! magazine: “It’s refreshing to be with a man that if I decided I never wanted to work again, he’d look after me. I just love him.”

“Get A Lawyer Now”: Woman Shares How Her Ex And His GF Are Treating Her Like A Surrogate And Scaring Her

Michael B Jordan finally reacts to those exciting Superman rumours