The Good Morning Britain presenter, 53, recently welcomed Derek Draper home after he battled Covid in hospital for over a year. 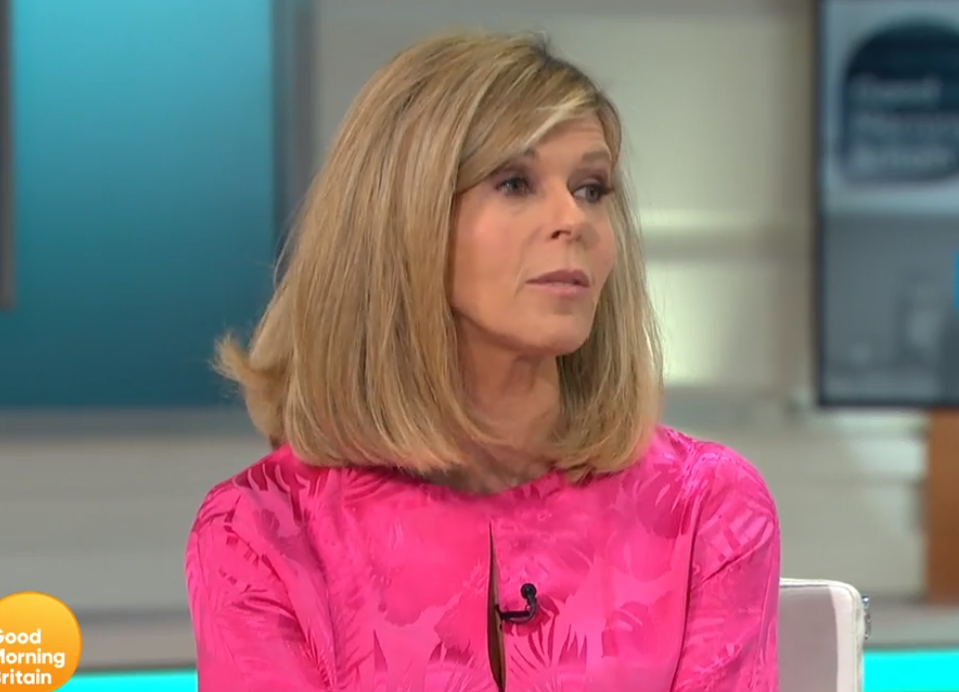 Speaking to Adil Ray and Susanna Reid on Thursday, Kate revealed Derek has made a lot of progress since being reunited with his family.

She said: “It’s a worthy gig. No it’s been wonderful having Derek at home and lots of little positives, I think.

“And whether those are positives because it is genuinely helping his cognition being at home or whether it’s because I’m there to see the little things.

“Whereas I couldn’t go in before and we were on Facetime and stuff. It feels positive, little moments of reaction.”

The mum-of-two then said Derek even gave her a compliment – despite being unresponsive for the past year.

She continued: “I said, ‘I’m off to Smooth [radio] today’, and he said, ‘new dress’. Which is just amazing.

“I thought that was amazing on so many levels, because he recognised it. He remembered I need a lot of flattery.”

Kate apologised for speaking about Derek at the beginning of the show, but Susanna jumped to her defence.

Susanna said: “You should never apologise for talking about it. Your documentary reached seven million people. People are concerned.”

Doctors said that Derek had been “universally affected” — meaning his lungs, heart, kidneys, liver and pancreas had all been hit by Covid.

At his worst, hospital staff feared Derek may remain in a semi-vegetative state forever.

The Sun revealed that Kate — who has bravely continued working throughout much of her husband’s illness — has spent thousands of pounds adapting their home for his return.

She also faces medical bills running into the tens of thousands as Derek fights to get back to full fitness.

Kate spent thousands adapting their home where Derek is sleeping downstairs in a hospital bed, and will use a makeshift wet room for showering.