JUVENTUS are considering a move for departing Bayern Munich boss Hansi Flick, according to reports.

The Old Lady are said to be in the market for a new manager after a disappointing campaign under Andrea Pirlo but could face competition for Flick from Premier League clubs. 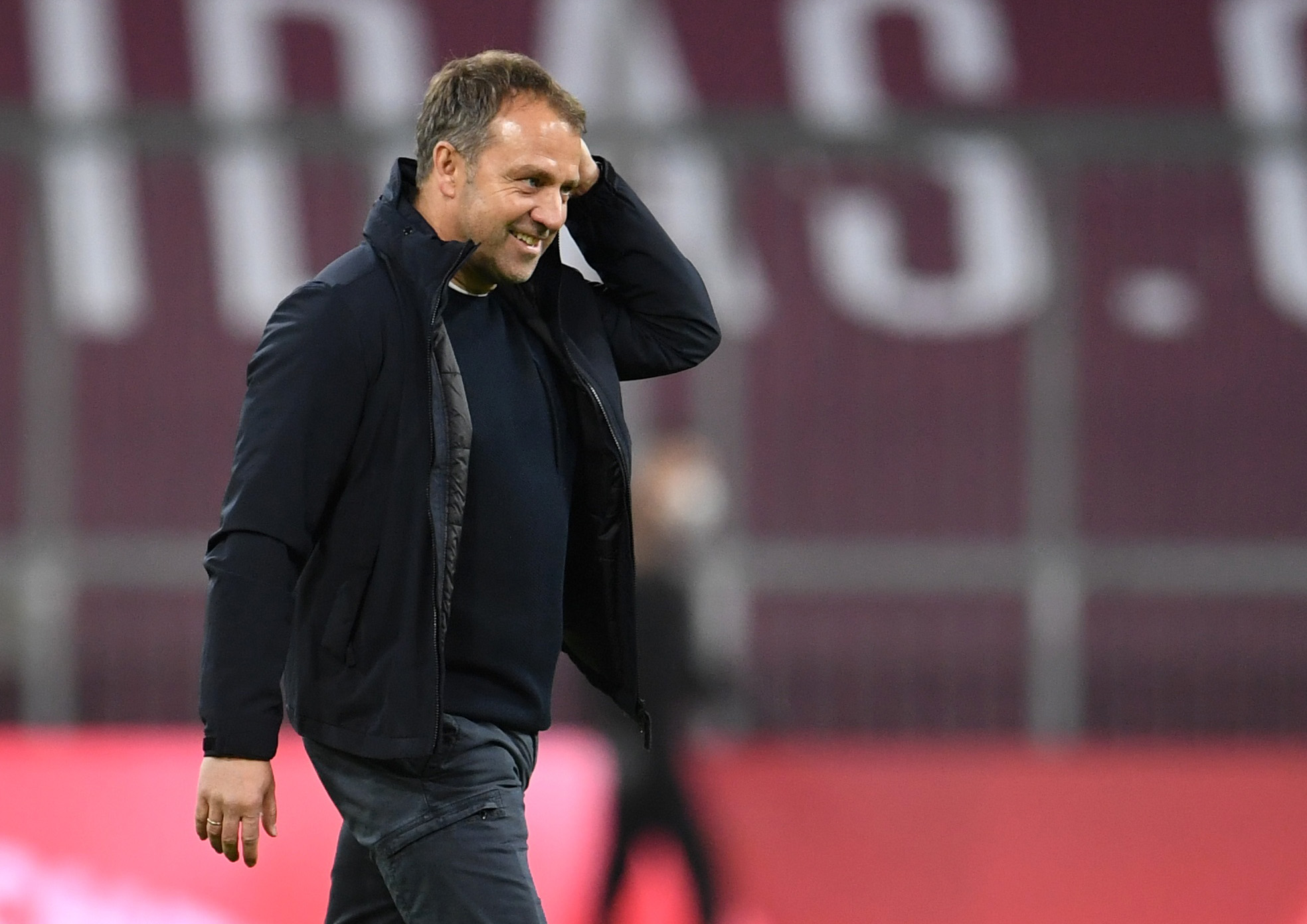 Flick announced he wants to leave the Bavarian giants at the end of the campaign.

The 56-year-old won the treble last season and is well set to deliver another Bundesliga crown this term.

But rumours of discontent behind the scenes have persisted and Juve are ready to pounce, according to Sport Bild.

The Old Lady sit fourth in Serie A – 13 points behind league leaders Inter.

Club legend Pirlo was said to have one game to save his job before they beat Champions League rivals Napoli on April 7.

They have since beat Genoa 3-1 but lost to third-placed Atalanta last time out.

And the pressure is mounting – with the club said to have drawn up a three-man shortlist of replacements.

Flick’s name was not included but recent developments in his situation mean Juve are keeping tabs.

However they could face competition from Premier League sides with Arsenal and Tottenham the most likely to be on the lookout for a new boss.

Spurs have already sacked Jose Mourinho and put Ryan Mason in temporary charge until the end of the season.

And Mikel Arteta has struggled to deliver on his early promise with his team floundering in ninth.

German Flick has also been heavily linked with the Germany national team job with Joachim Low leaving after this summer’s Euros.

Flick told Sky Sports in Germany: “I would like to exit my contract at the end of the season – that is a fact.

“It was just important to me that the team found out about this from me. I’m absolutely thrilled with them.”

The decision was taken after ‘careful consideration’, Flick added, with the reasons for his exit remaining ‘internal’ for now.

Despite Bayern’s domestic dominance, the coach’s relationship with sporting director Hasan Salihamidzic has soured throughout the season, coming to a head with the holders’ exit from the Champions League to Paris Saint-Germain.

Flick was appointed assistant to former boss Niko Kovac before taking over on an initial interim basis in November 2019.

The club handed him the reins full-time the following month and the Uefa Men’s Coach of the Year is under contract to 2023.

His comments came after their recent 3-2 win over Wolfsburg, which kept Munich seven points clear at the top the table.

And Flick confirmed a return to the German FA (DFB) was ‘an option’ ahead of Low’s departure.

He continued: “The future is not at all clear.

“There has been no discussion about [the Germany role]. Of course, the DFB is an option that every coach has to consider.

“But I have to digest everything now, the last few weeks have not been easy for me either.

“That’s why the process of telling the club and team was extremely important today.”