JOY-ANNA Duggar’s husband Austin Forsyth has been slammed by fans as “irresponsible” for obtaining a skydiving certification.

The reactions ranged from describing the Counting On star’s latest venture as “childish” to simply a “crap” decision. 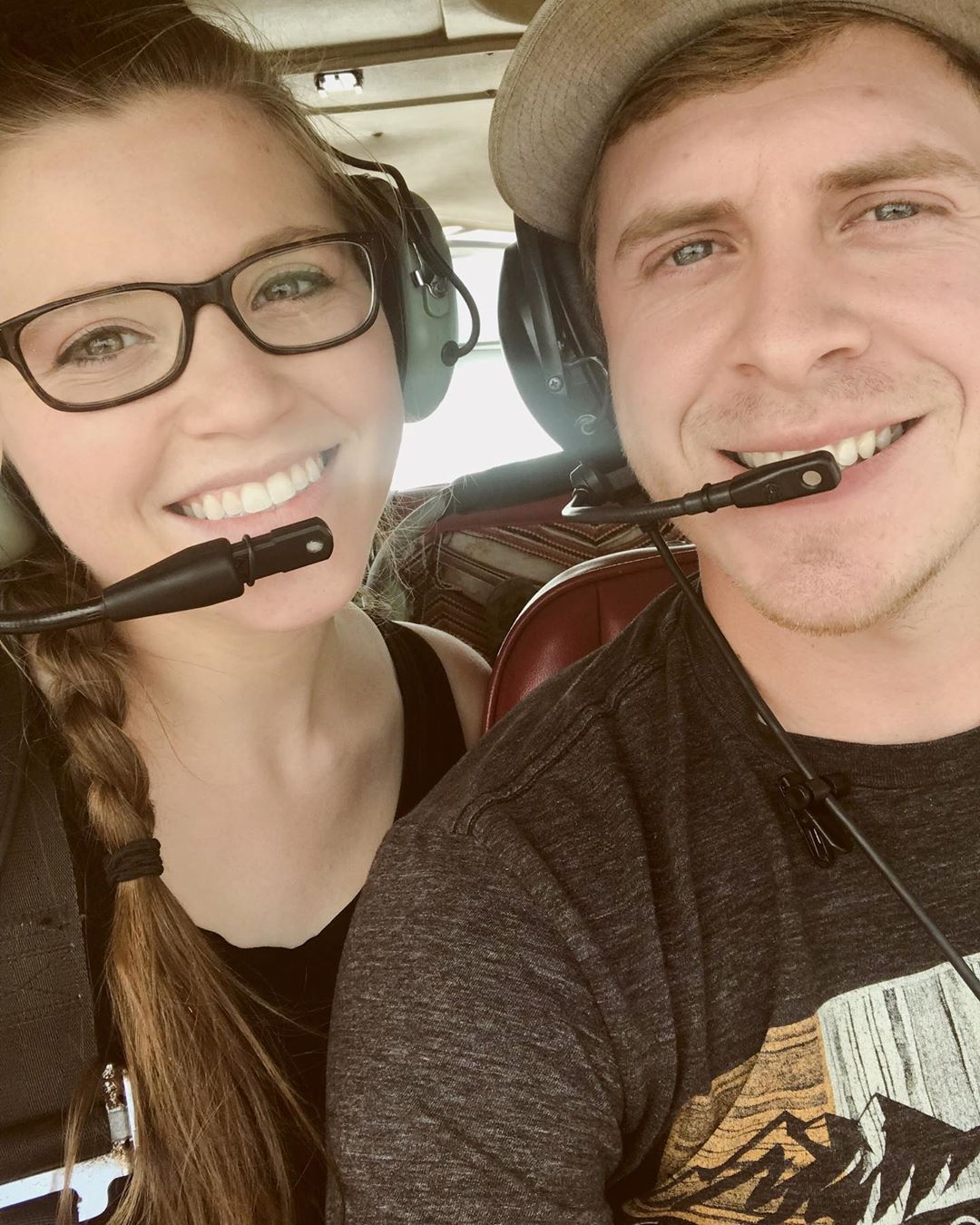 Austin, 26, posted a snap of himself lying on the floor with their two-year-old son Gideon, both of them with their legs and arms raised in a skydiving stance.

He captioned the shot: “He learns quick. Gideon will be skydiving in no time! freefalling #skydiving #myminiman.”

Joy-Anna, 23, went on to explain: “Austin got his skydiving certification a couple months ago! 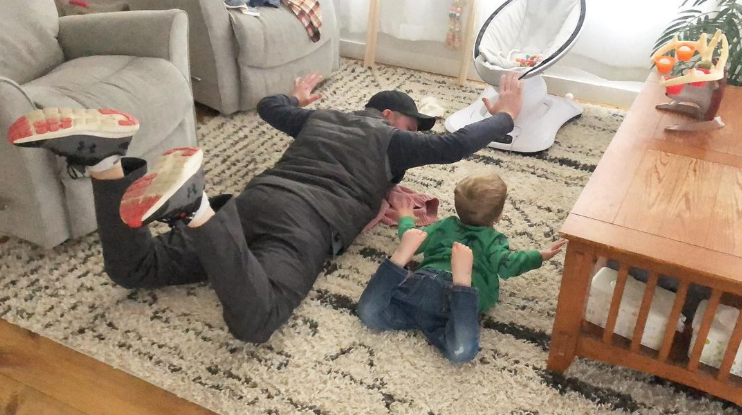 The dad-of-two shared a snap of him and his son pretending to skydiveCredit: Instagram 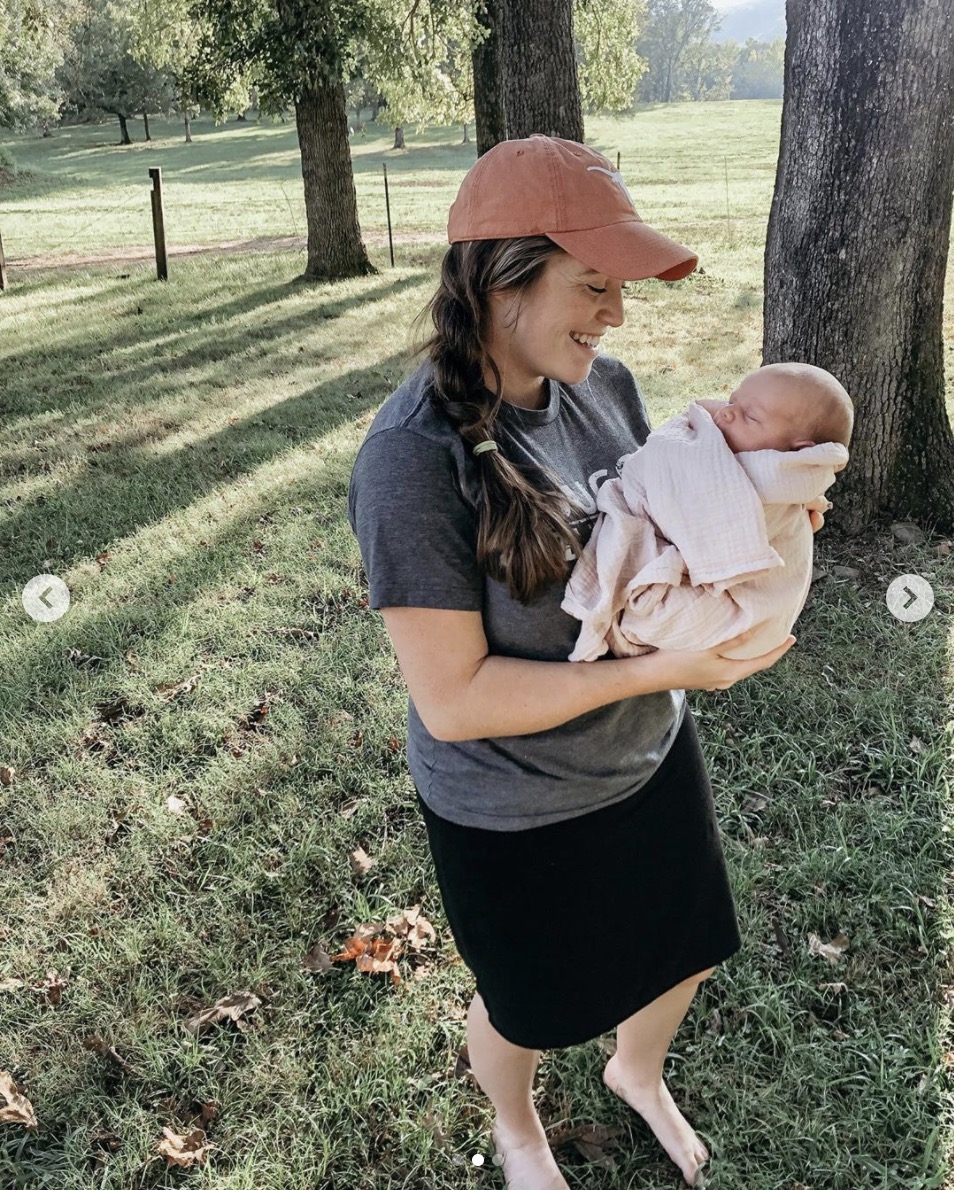 The Counting On star explained the story behind the pictureCredit: Instagram

“Gideon is always asking him “you bounce (jump) Airplane?”?”

But some Reddit users were not impressed by the cute picture.

One wrote: “This is the kind of crap you’re supposed to do BEFORE you have children, in case you die.

“He has 2 children and an unskilled, minimally educated wife who all depend on him so this seems irresponsible.”

Another added: “Unless he is in the military, a parent of young children has NO business skydiving!

“Austin probably feels trapped and bored. Because of his immaturity he decided he would jump out of planes for excitement.

“Also he probably believes everyone will think he is brave and manly rather than irresponsible and childish.”

While a third commented: “How can someone with two extremely young children and the sole supporter of his family have time to do all this?

“Go hunting in Colorado, get his skydiving certification!? WTF does he do anything around the house?”

Just recently Austin was mocked by fans for having a secret Instagram profile with the handle ‘Fly 4 Jesus’. 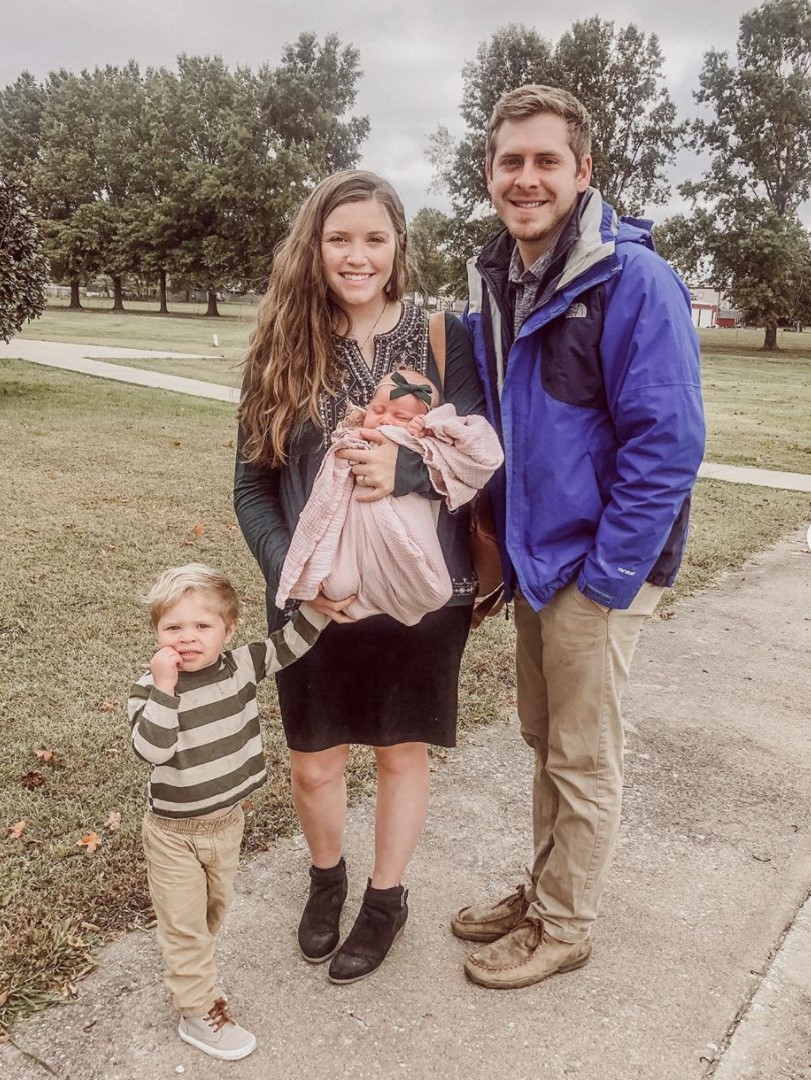 The pair are parents to two-year-old Gideon and baby EvelynCredit: Instagram

On May, 26th 2014 one of the Caldwell’s posted a photo of Austin smiling while wearing a balloon animal hat.

The Caldwell family is close with the Duggars and the Forsyths, as Joy-Anna’s brother Joseph is married to Kendra Caldwell.

The photo was captioned: “Secure w his manhood!! Still can’t believe he let me take this pic! ROF” and Austin’s face was tagged as @Fly4Jesus, an account that has not come to light before.

The secret Instagram strangely features the name Jimmy, but has a very similar bio to Joy-Anna’s husband’s public page.

Fans found the secret profile highly comical, replying to the Reddit post with comments like: “I literally snorted when I saw that” and “This made me crack tf up.” 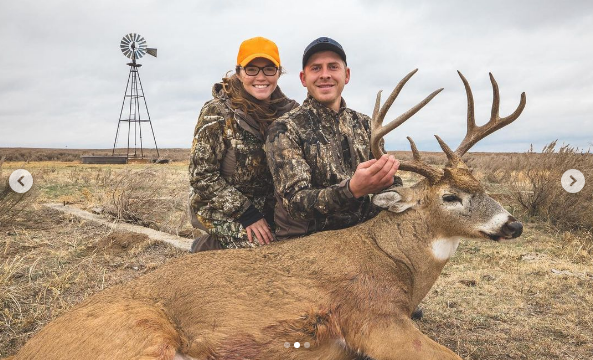 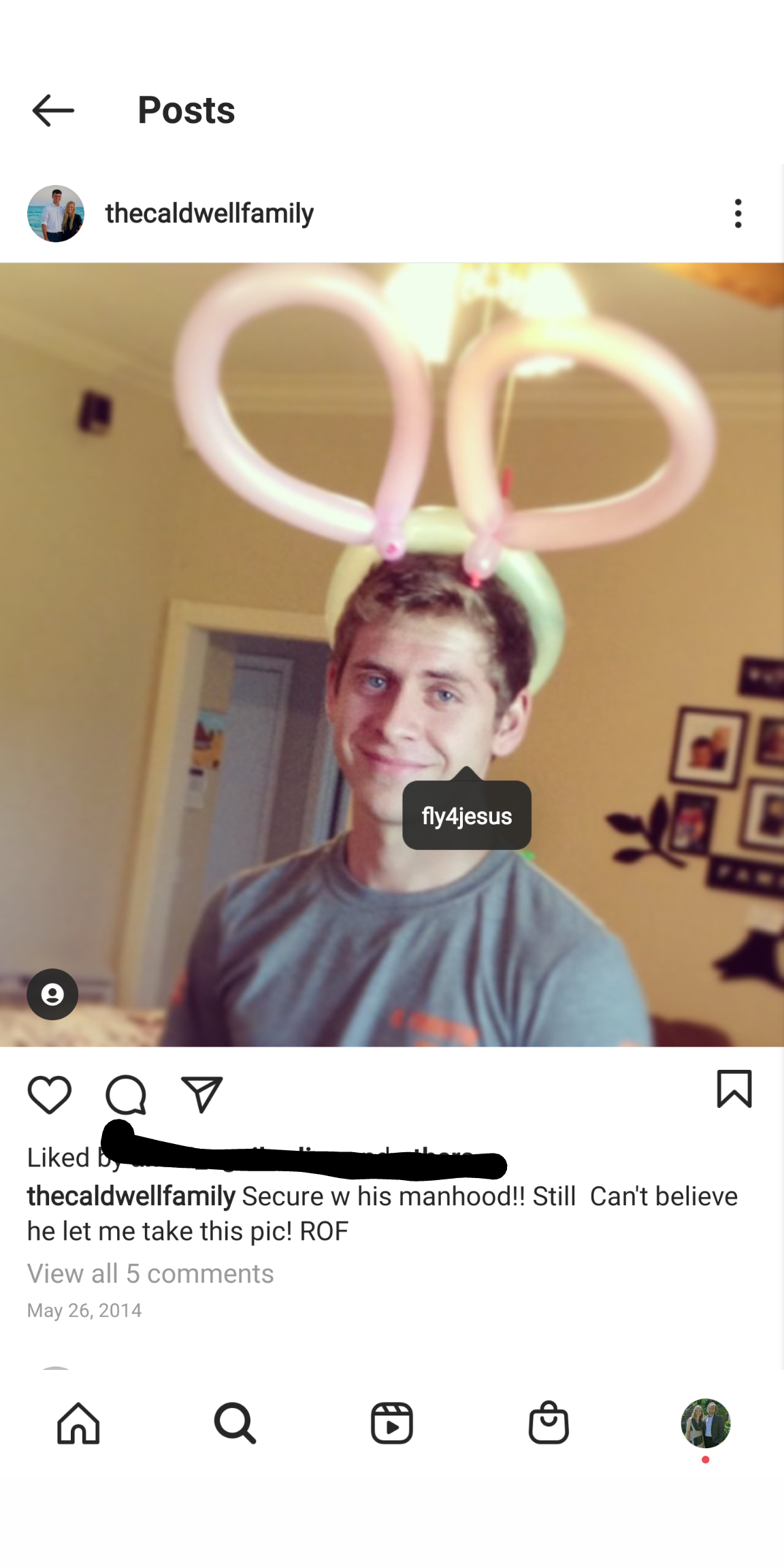 A secret Instagram profile for Austin was recently discoveredCredit: Reddit/treeofhands 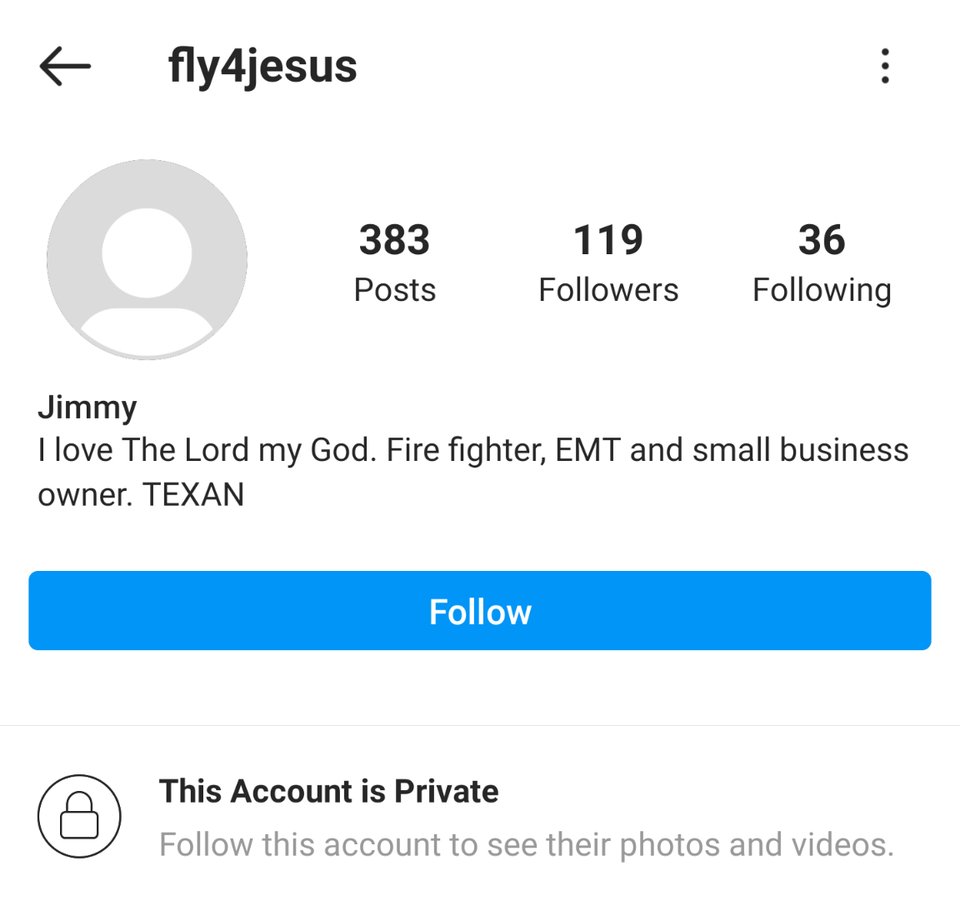 It was topic of much conversation for fansCredit: Reddit 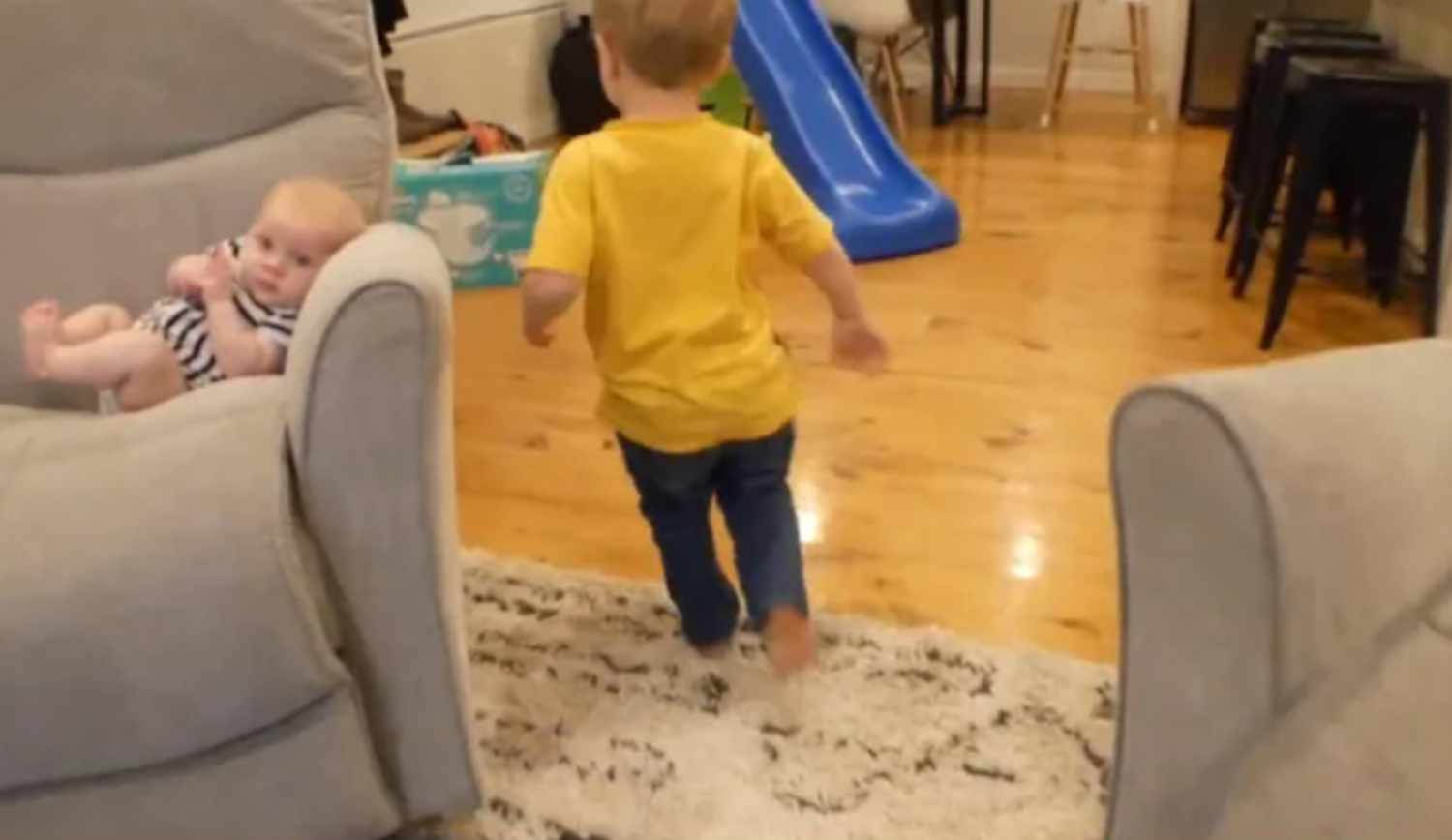 While Joy-Anna was recently slammed for leaving her daughter on the couch by herselfCredit: Reddit

The young Duggar couple has been under fire for more serious matters of late after fans slammed Joy-Anna for leaving her newborn baby on the couch alone.

Evelyn, three months, was depicted lying in the living room with no parental supervision as her toddler brother Gideon ran around playing.

Although the child appeared to be happy, fans were fear-stricken that the baby would fall and injure herself.

“What a bunch of idiots. The damn floor would at least be safer than a recliner” one wrote while another agreed, saying: “Joy is dumb as rocks, but I’m beginning to think her parenting is subpar at best.”

“There are a few ways she could get hurt sitting there. Mainly rolling somewhere she shouldn’t. Like off the couch,” a third shared.