JOHN Barrowman shocked fans as he dropped his pants and exposed himself in hilarious Celebrity Juice challenge.

The 54-year-old actor gave viewers more than they bargained for as he stripped off for an X-rated task. 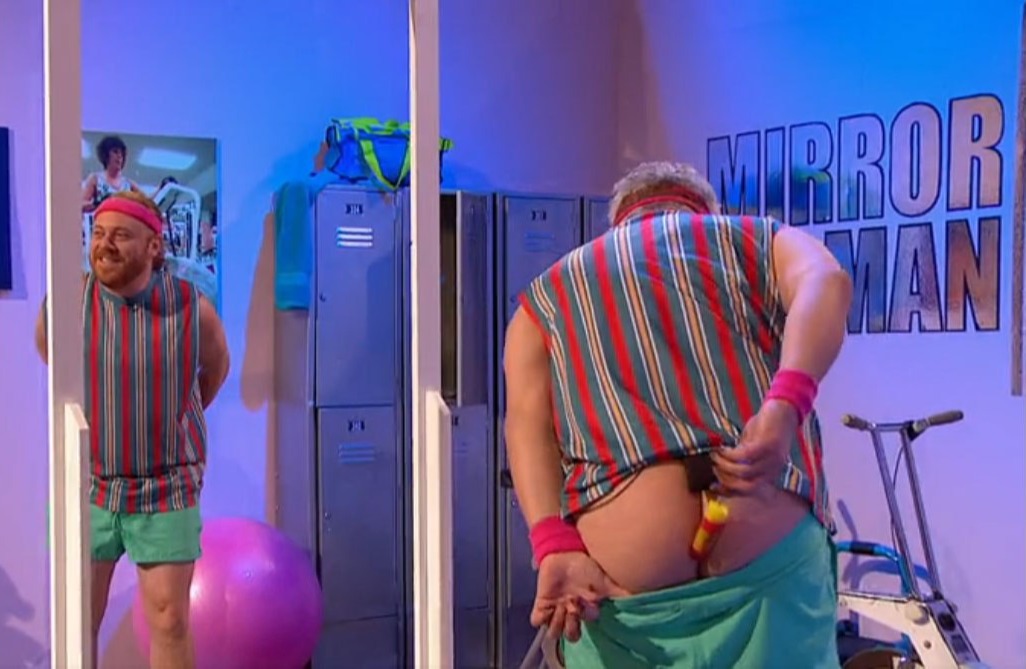 Taking part in Keith Lemon’s racy game Mirror Mirror, the star proved he was up for laugh as he got stuck right in.

The Dancing on Ice judge was tasked with copying the naughty host, who challenged John to put an ice lolly down his pants.

John upped the ante and pulled down his pants to expose his posterior to the camera.

The TV star then seductively rubbed the ice lolly around his bottom, telling the guests that it “felt rather good”. 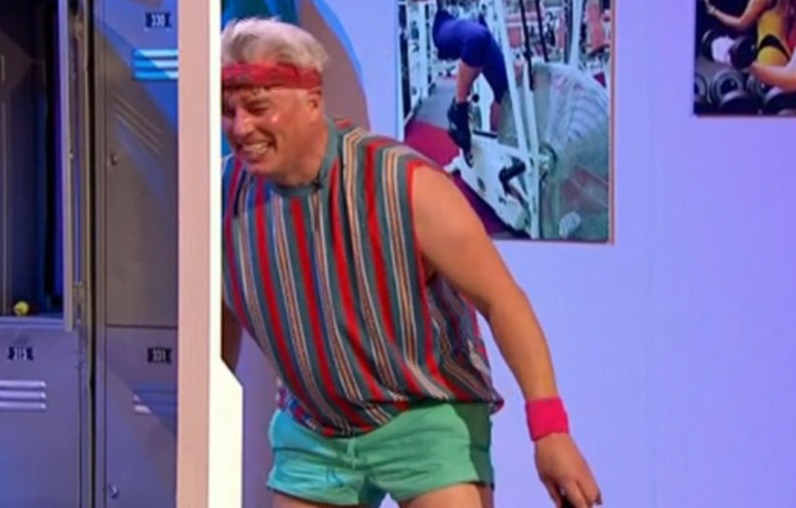 The Dancing on Ice star was game for a laugh 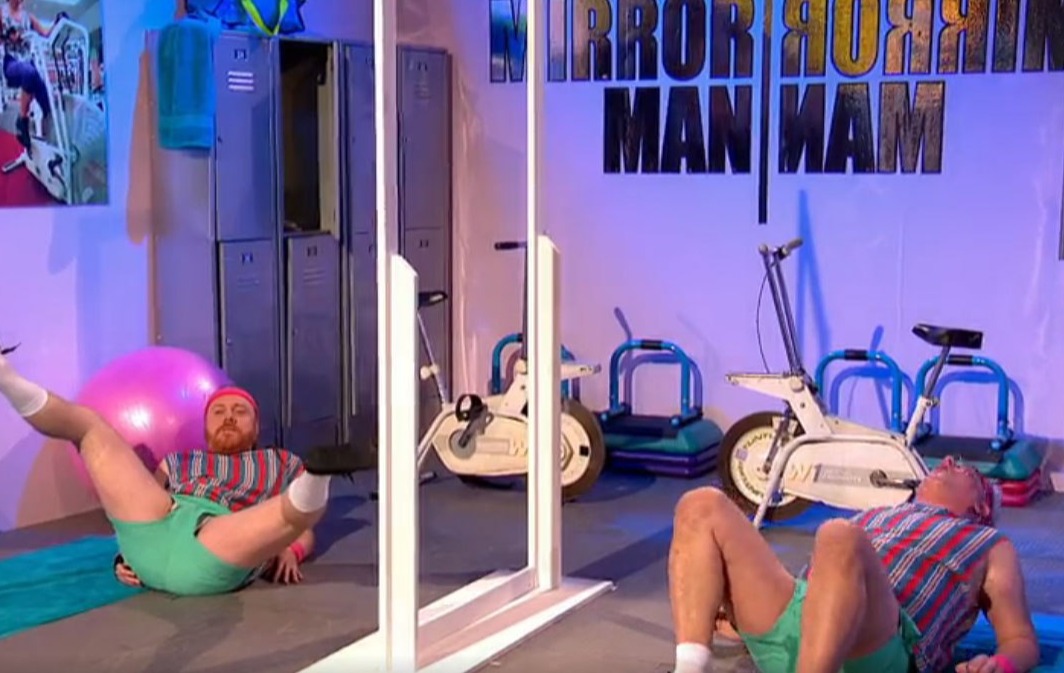 But the saucy antics didn’t stop there, the TV star then joined Keith for a workout in a pair of tight pants.

As John was getting ready for his stretches, he accidentally flashed the rest of the guests including Jordan North and Sophie Ellis-Bextor.

Guest and TV presenter Maya Jama was left mortified as she spotted John’s privates hanging out.

Panellist Laura Whitmore covered her eyes and put her face in her hands in total disbelief. 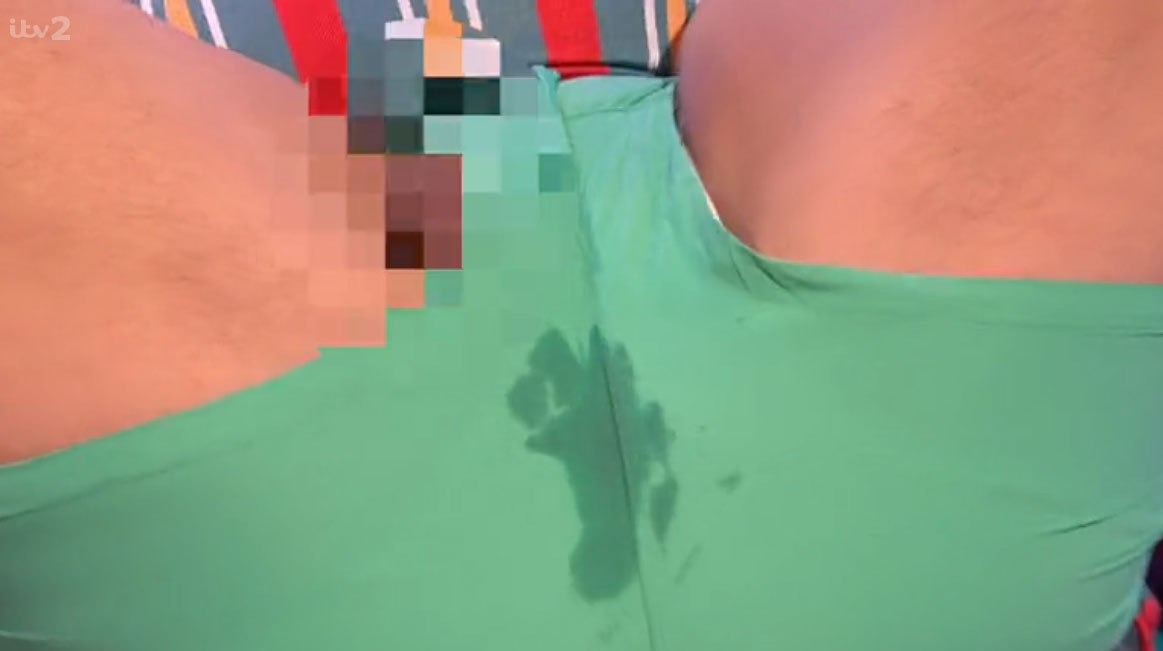 Viewers were mortified after John exposed himself on telly 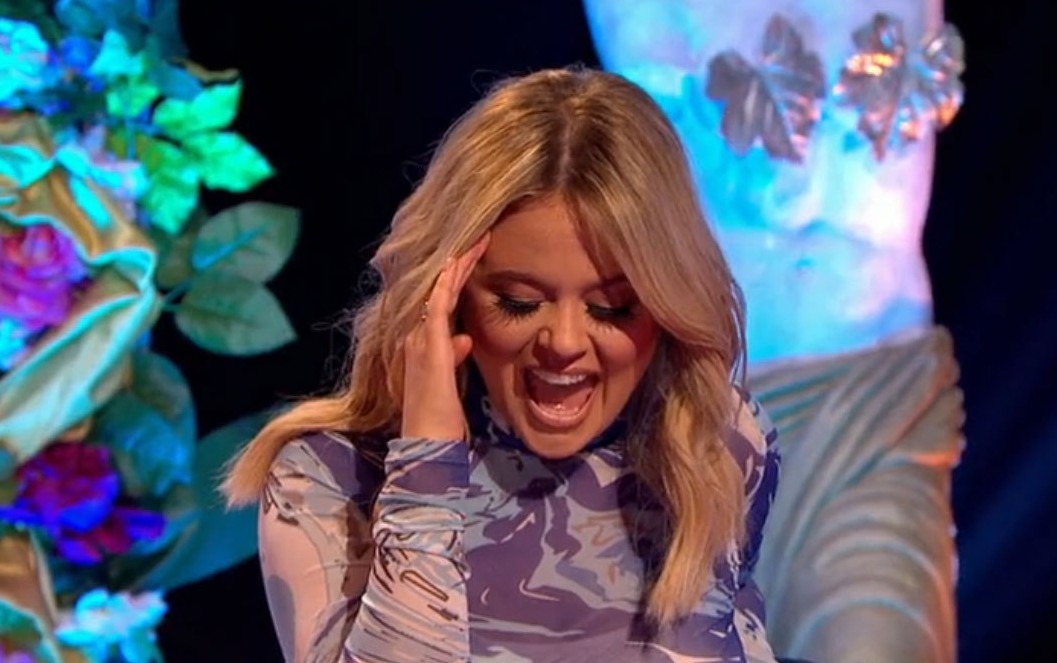 Luckily for viewers the clip was blurred out, however several fans were left in hysterics and flocked to comment on social media.

One shocked fan wrote: “OMG his nuts is on show.”

Another gobsmacked viewer posted: “John Barrowman really will do anything. This is fantastic.”

A third joked: “OMG the mirror mirror game was absolutely brilliant, can’t believe he put an ice lolly up his bum.” 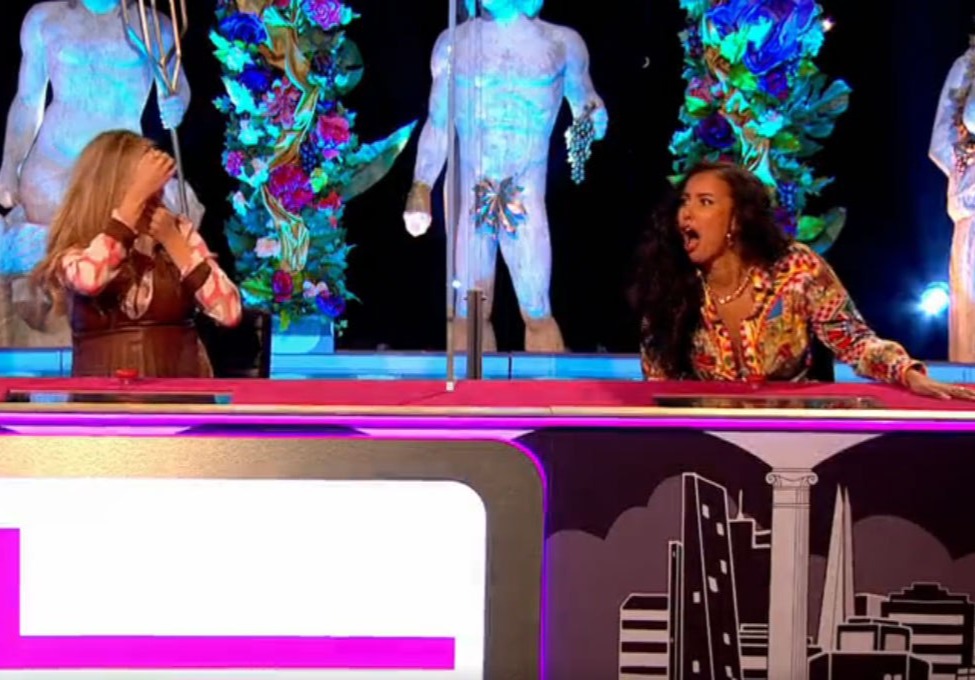 Maya Jama and Laura Whitmore was in total disbelief

A fourth fan added: “John Barrowman is always game and up for anything on this, good sport!”

Meanwhile, I’m a Celebrity star Jordan North took part in the same task and was left red-faced as he given the task to make-out with a poster of Robbie Williams.