JOE ROOT was brilliant once more as he stockpiled runs, rescued his team and had the cricket world drooling with admiration.

Root scored 180 not out on day three of the Second Test with another display of exquisite skill. It is difficult to exaggerate the quality of his batsmanship. 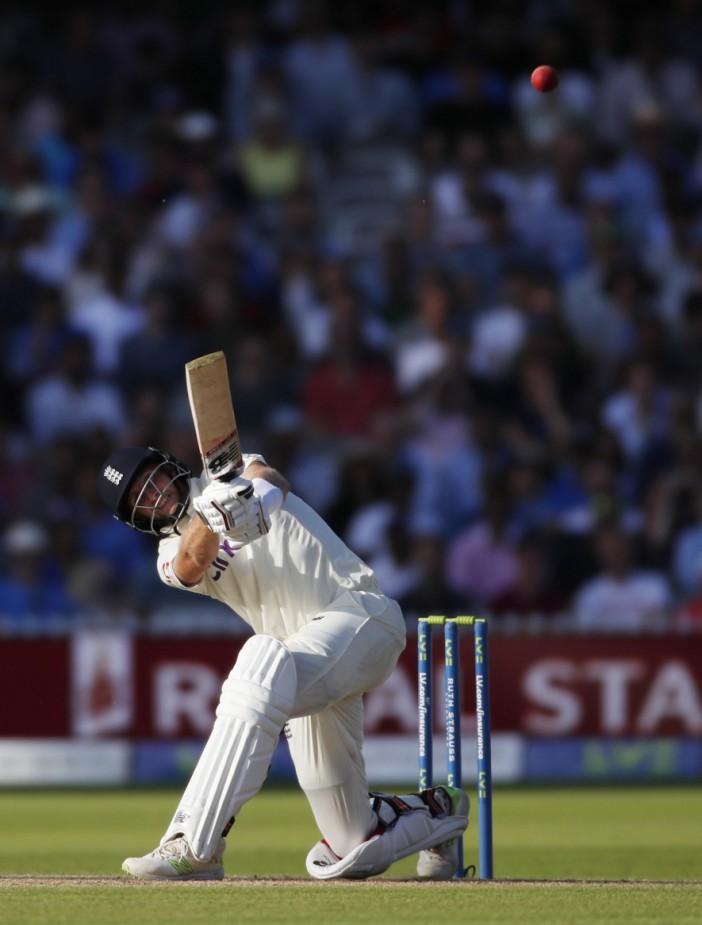 Root demonstrated the best of his abilities with an impressive 180

It is his fifth century of the year, second in successive innings and he became the second-youngest in history to reach 9,000 Test runs.

You know the score by now. Root comes in with England struggling – he was actually on a hat-trick on Friday – and he retrieves the situation with his runs.

It has been England’s stuck record of 2021. Copy and paste.

A compelling day of Test cricket ended with Jimmy Anderson being bowled by the last ball, leaving England 391 all out with a first innings lead of 27 runs. Every outcome is possible.

In the four Tests England have lost this year, Root has a top score of 33. Basically, if Root fails, England lose.

The inability of others to provide support means Root has been carrying the team for months. Rory Burns and Jonny Bairstow have given a helping hand in this match but, really, he’s had to do it on his own.

Root was certainly doing his best to make sure his decision to field first does not turn out to be a disaster.

The Saturday of the Lord’s Test is probably the highlight of the cricketing summer. Root likes it so much that he spent every second batting.

Root departed the arena at 6.30pm to a thunderous, standing ovation for a masterpiece of an innings.

A lesser man than Root might have crumbled under the pressure of circumstances beyond his control.

Injuries to Ben Stokes and Jofra Archer, the Ollie Robinson tweet storm, a malfunctioning top order, uncertainty over the Ashes and the Covid pandemic have made it a very challenging time for the captain.

But he has breezed over every obstacle.

At 30 years and 227 days, Root reached 9,000 runs at a younger age than the likes of Sachin Tendulkar and Ricky Ponting. Only Alastair Cook – who was 30 years and 155 days – has been younger.

And Root has got there in fewer than nine years because his debut was as recently as December 2012.

England began knowing that early wickets would mean trouble. But Root and Bairstow, who have known each other since before they entered their teens, batted through the morning session and Bairstow reached his first Test fifty for two years.

Since returning to the Test team in January, he has not scored a bucket of runs (and registered three ducks in 11 innings) but is playing with verve and a smile. England’s batting has been wobbling but Bairstow’s place is secure for the time being.

Bairstow eventually attempted to pull Mohammed Siraj, the ball struck his glove and looped into the hands of Virat Kohli at first slip. 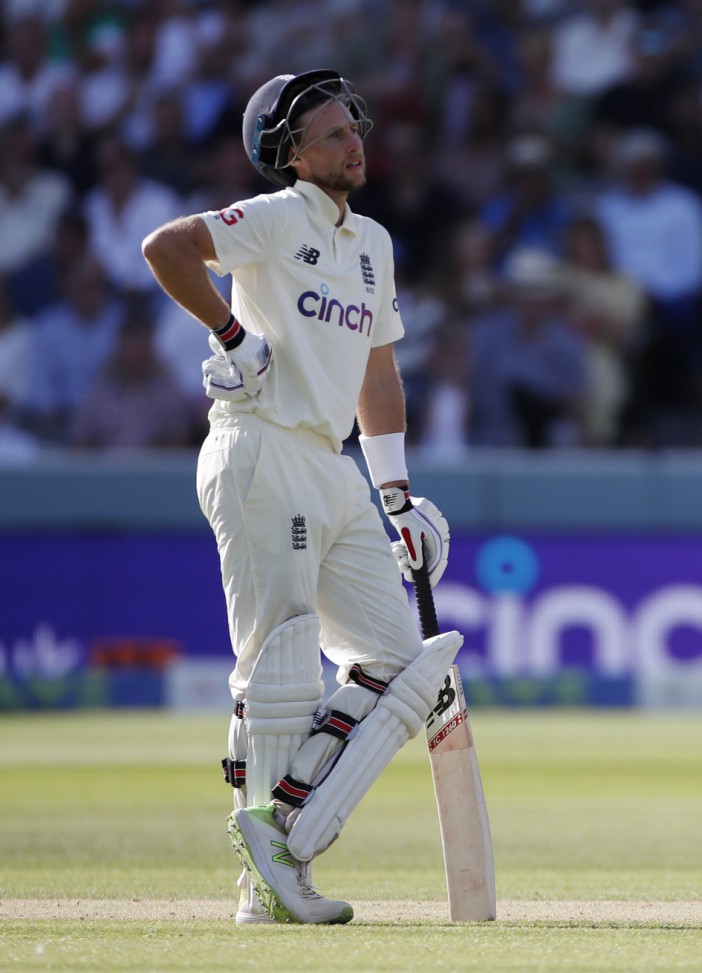 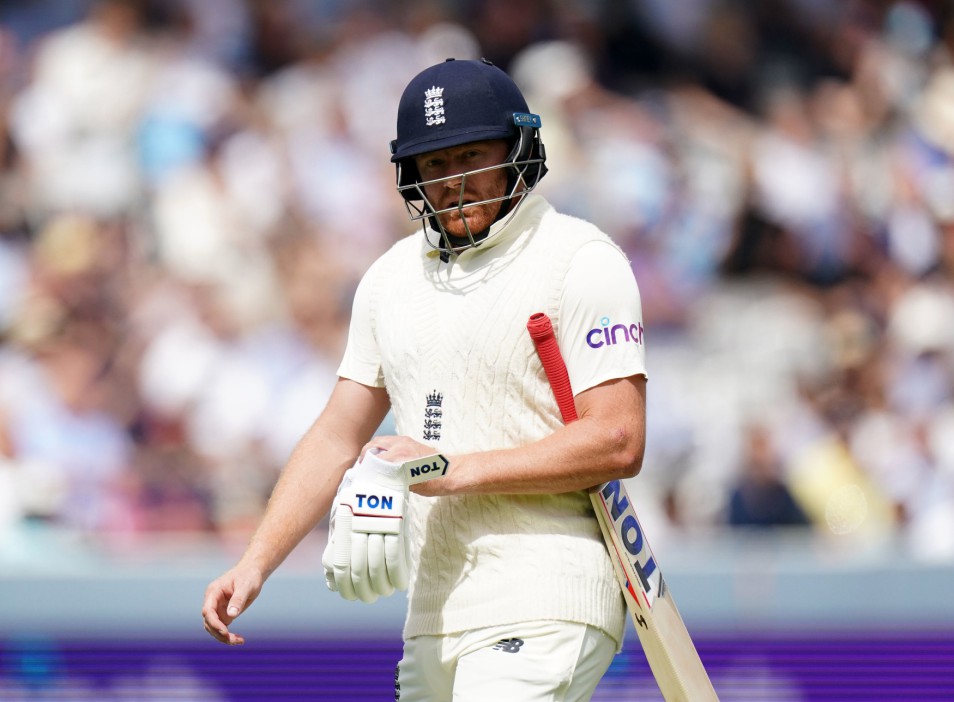 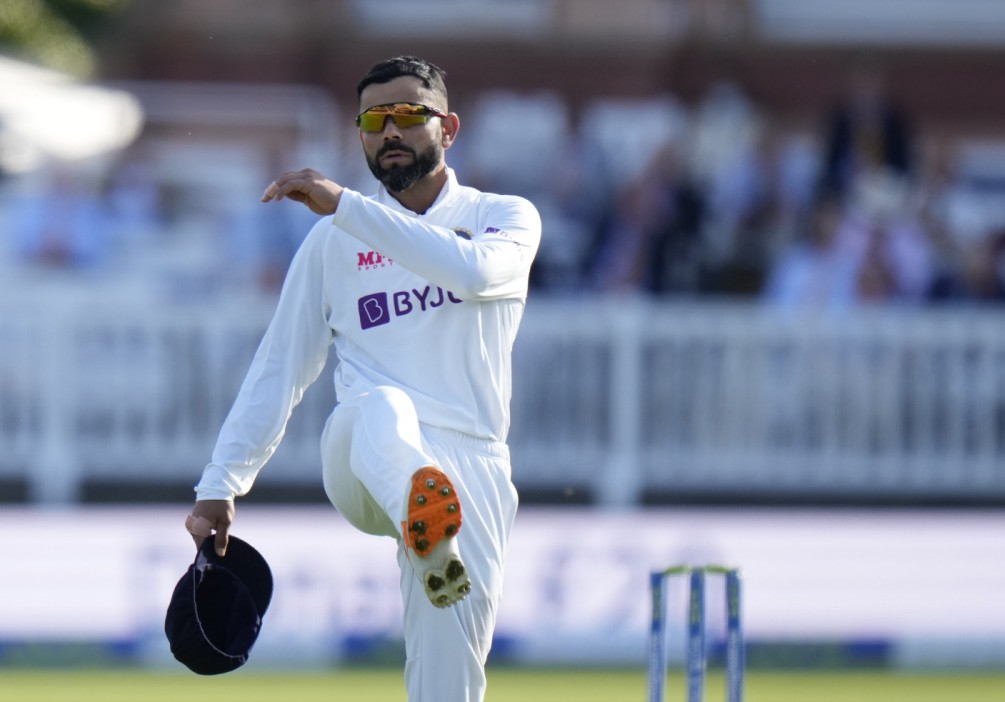 Root caused Kohli a lot of frustration throughout

Root reached his 22nd Test century when Jos Buttler responded to a call for a quick single. But 100 was only base camp for the run-hungry Yorkshireman.

Buttler again failed to make a significant contribution before being bowled and Moeen Ali was caught at slip. Sam Curran departed next ball – also caught in the slips – and Ishant Sharma was on a hat-trick.

Root was on strike for the hat-trick ball, which came with the first delivery of the next over.

If not unique, it is very rare indeed for the same batsman to face a hat-trick twice in the same innings. Oh, the quirks of cricket.

Wickets continued to fall but not Root’s, of course. Ollie Robinson was lbw and Mark Wood run out when he found himself at the same end as Root.

No.11 Anderson was in the firing line when Jasprit Bumrah struck him on the helmet – which needed replacing – and three times on the body in the same over.

The over lasted ten balls because Burmah overstepped for no-balls on four occasions.

But Anderson could not survive until the close and was bowled by Mohammed Shami. Root was undefeated and with his Test career average above 50 once more. 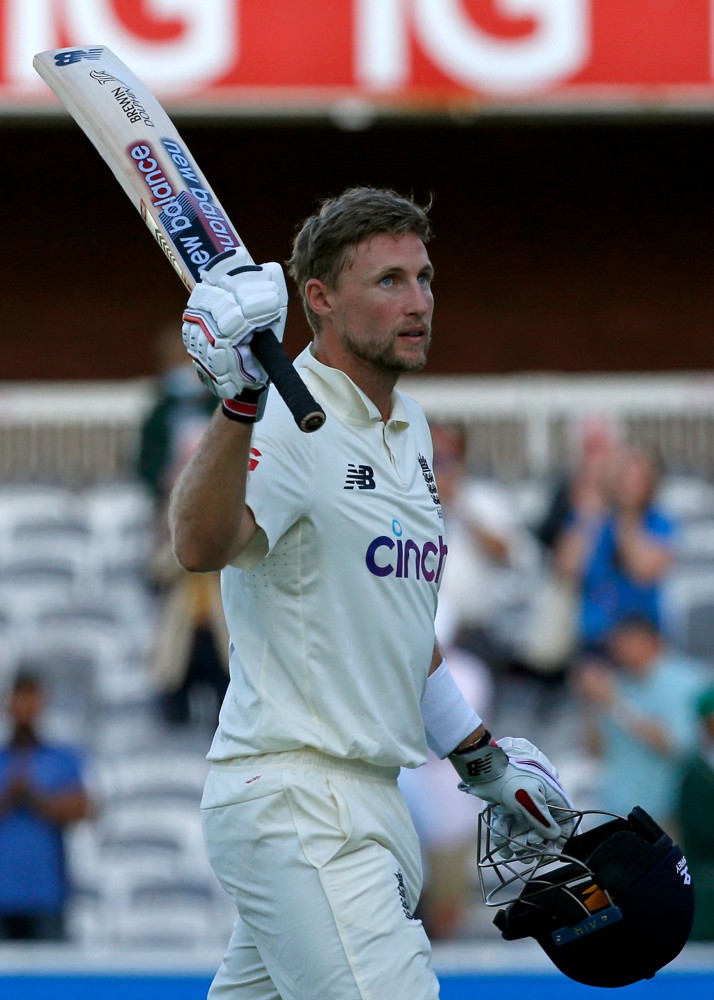 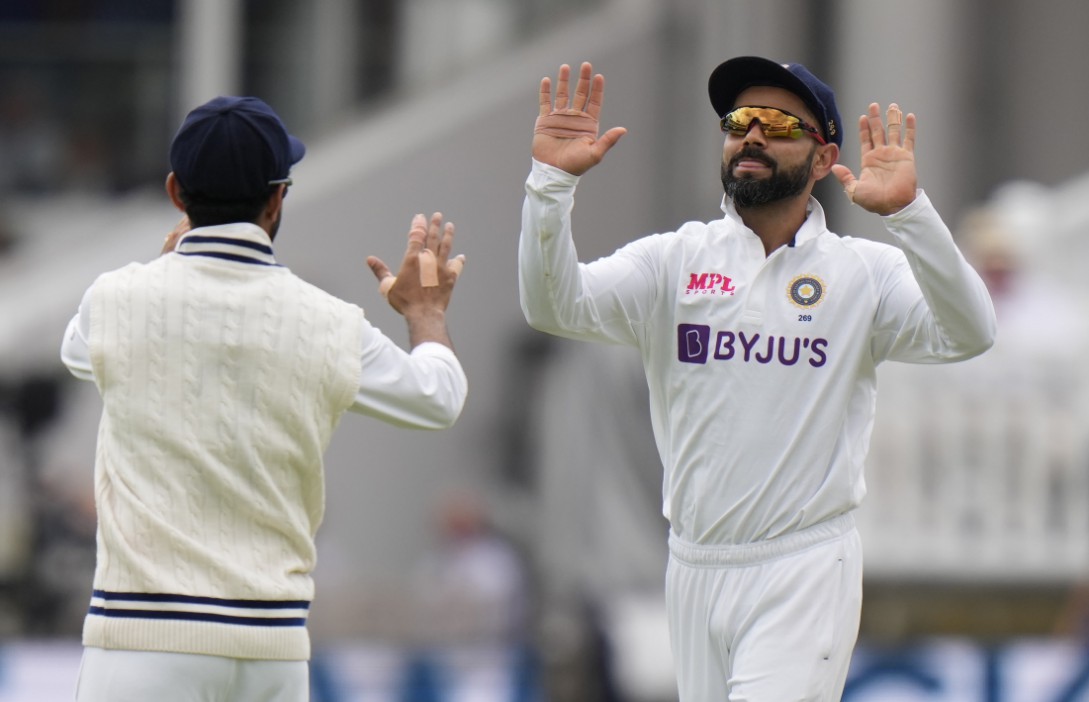 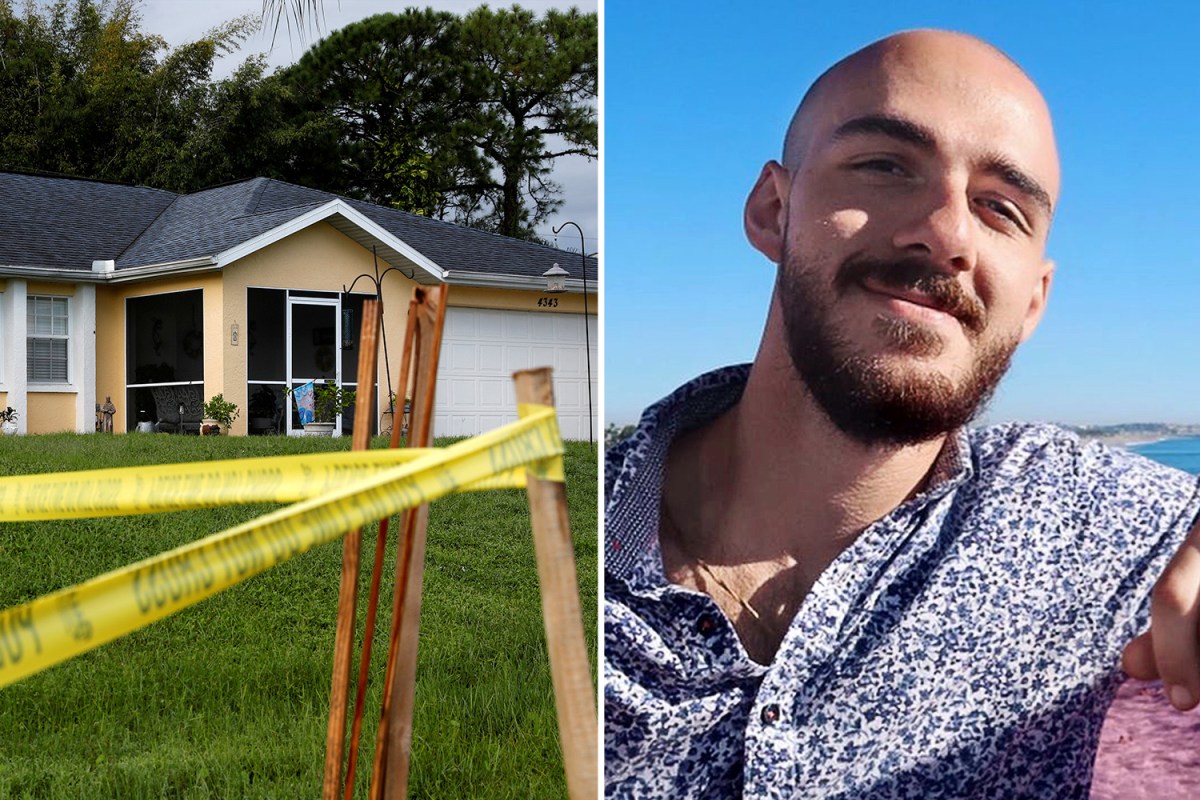 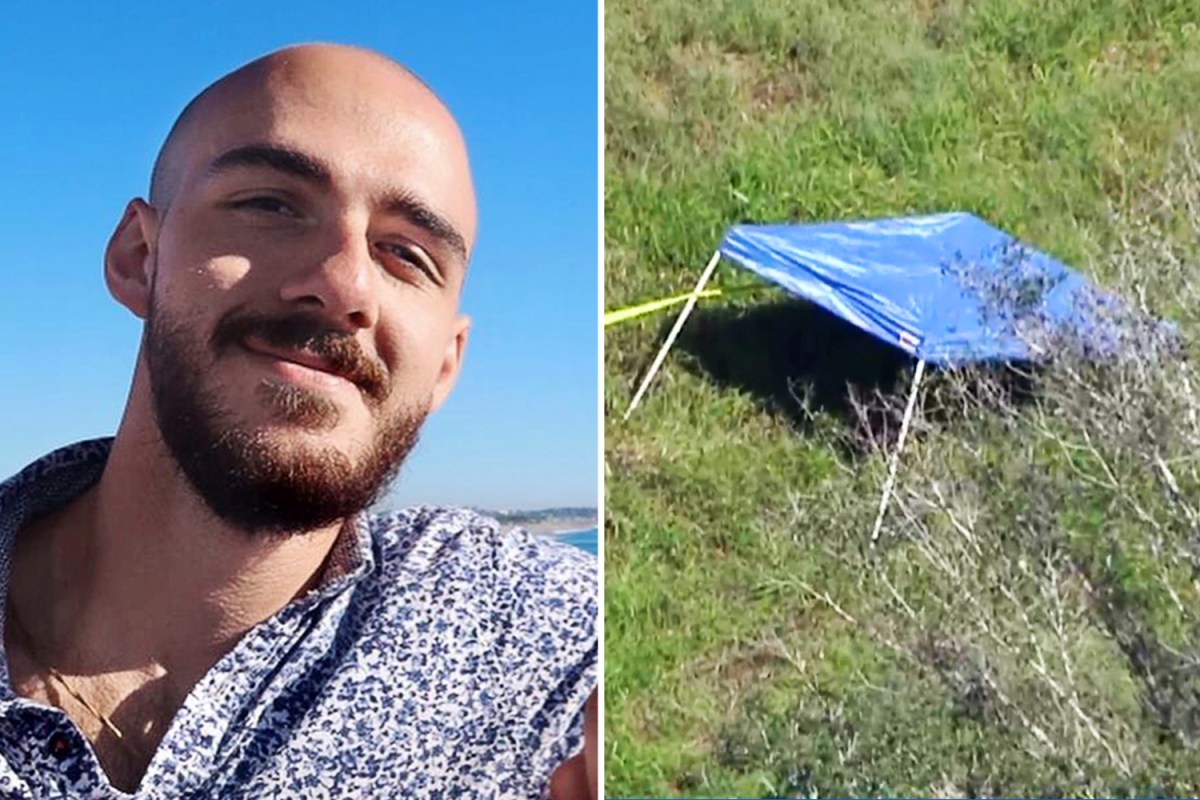 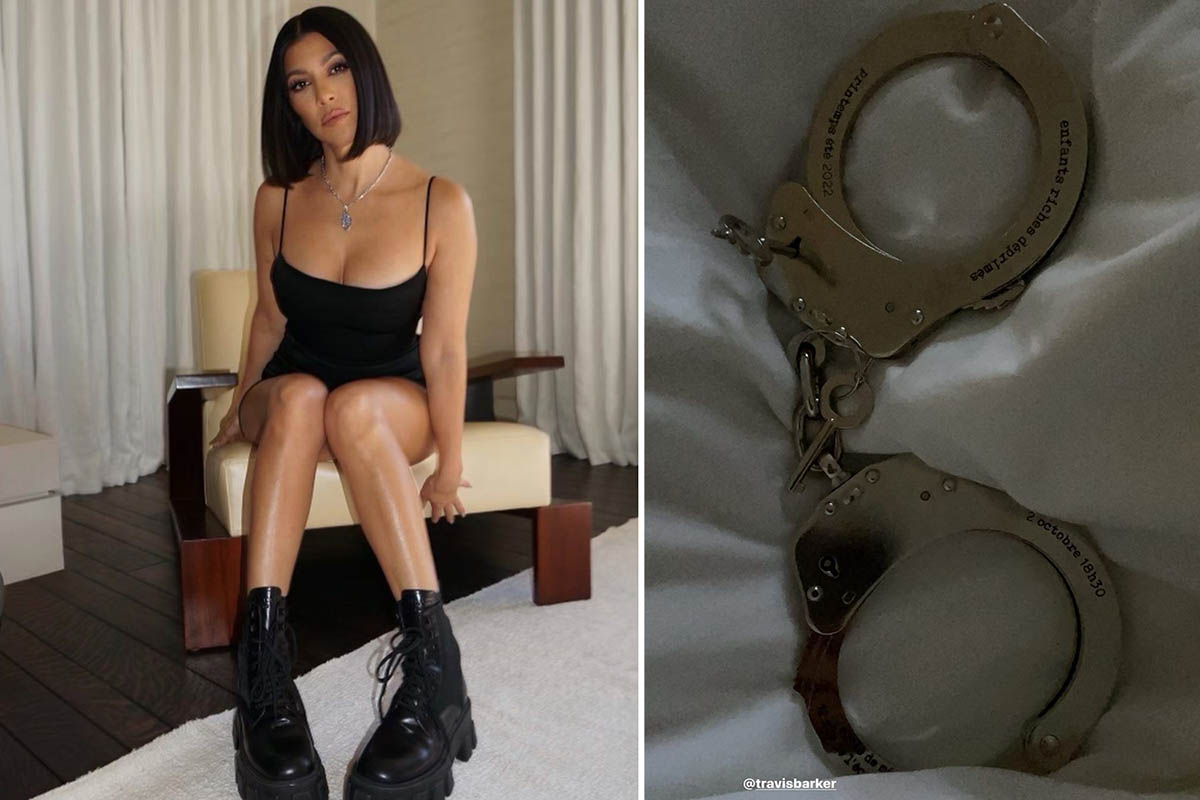