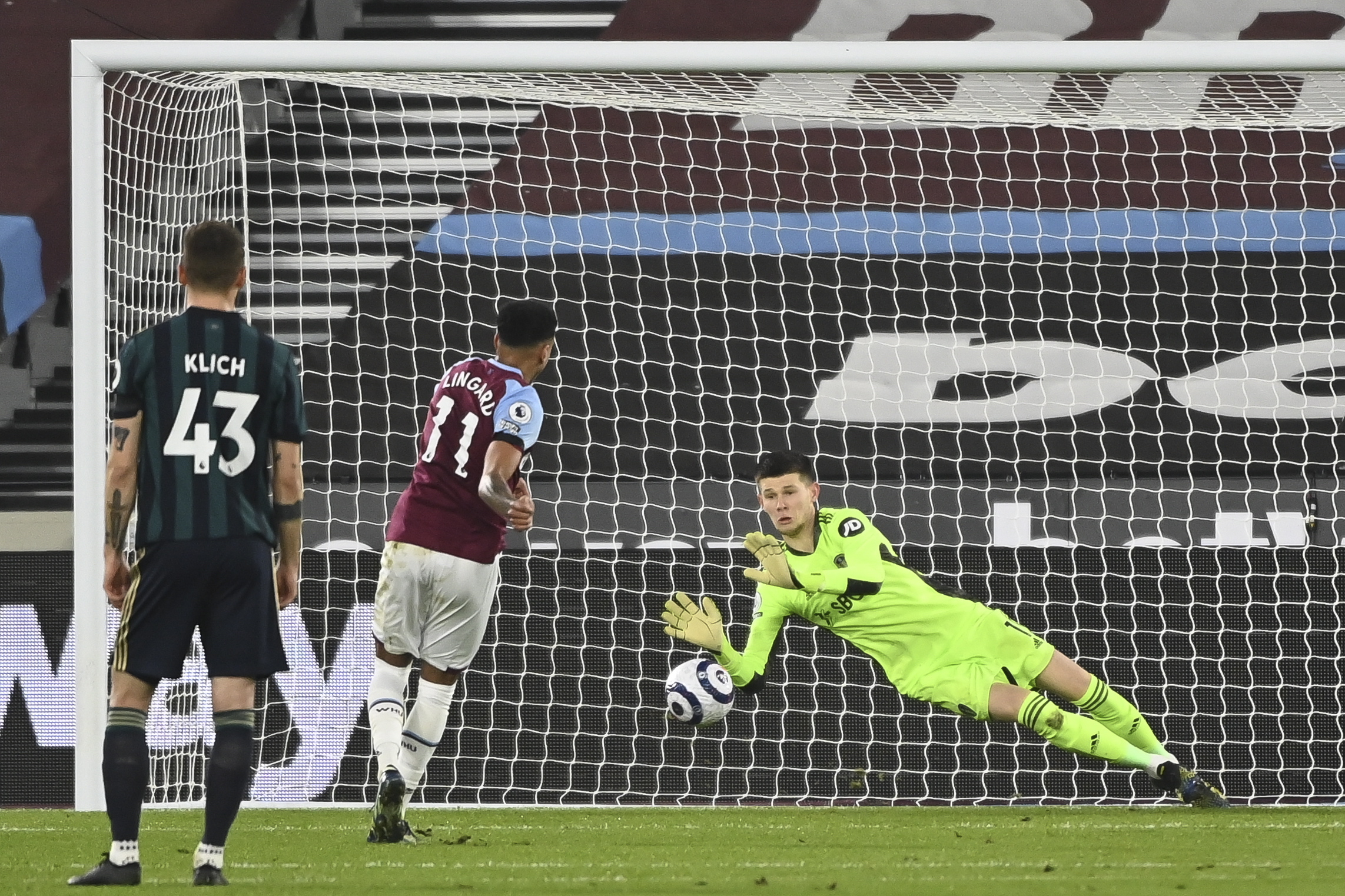 Jesse Lingard had his penalty saved by Leeds goalkeeper Illan Meslier, but he tucked home the reboundCredit: EPA

West Ham’s Declan Rice did not feel they were at their best in their 2-0 win over Leeds but are learning to win ugly ? pic.twitter.com/R1NJHg1pzZ

Lingard and Declan Rice had a dispute over who would take a penalty in West Ham’s 3-0 win over Sheffield United last month, which saw Rice convert from 12 yards.

And club captain Rice let slip after their 2-0 win over Leeds that Moyes had told him he was back on spot-kick business again.

He said: “The gaffer has just battered me in there! Me and Jess spoke and we’ve been practising in training together and he said ‘can I take it? And I’m not one to be selfish.

“There was a bit of controversy obviously with the last penalty and I was confident in him to go up and take the ball.

“Obviously, if he would have missed that, it would have been a bit of a backlash on me but I was confident in Jesse‘s ability to put the ball away.

“I’m not a player that’s going to be ‘oh yeah give me the ball’. Just let Jess have the ball, do his own thing.

“But the gaffer’s just said in there, it’s definitely me again! The next one now I’m going to have to say ‘look Jess give me the ball back’.”

Moyes added: “I would say both have been practicing all week and I had been happy for Declan and Jesse. 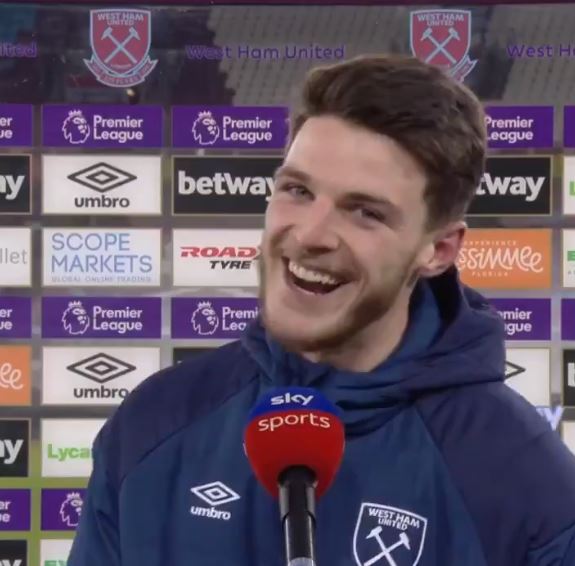 “I will decide on who takes the next one because I don’t want the next opposition to know, but I have some other people in contention as well.”

Craig Dawson headed in West Ham’s second from Aaron Cresswell’s corner that moves them up to fifth.

Leeds head coach Marcelo Bielsa said: “We had an initial 15 minutes where it was the best we played in the game and in the final 30 minutes of the first half we stopped defending well and it is difficult to attack when you don’t defend well.

“If you compare the two periods, I think we were more dominant in our 60 minute period than their 30 minutes period.”