ACTOR James McAvoy’s half-brother has been jailed for nearly five years for the road rage stabbing of a grandad. 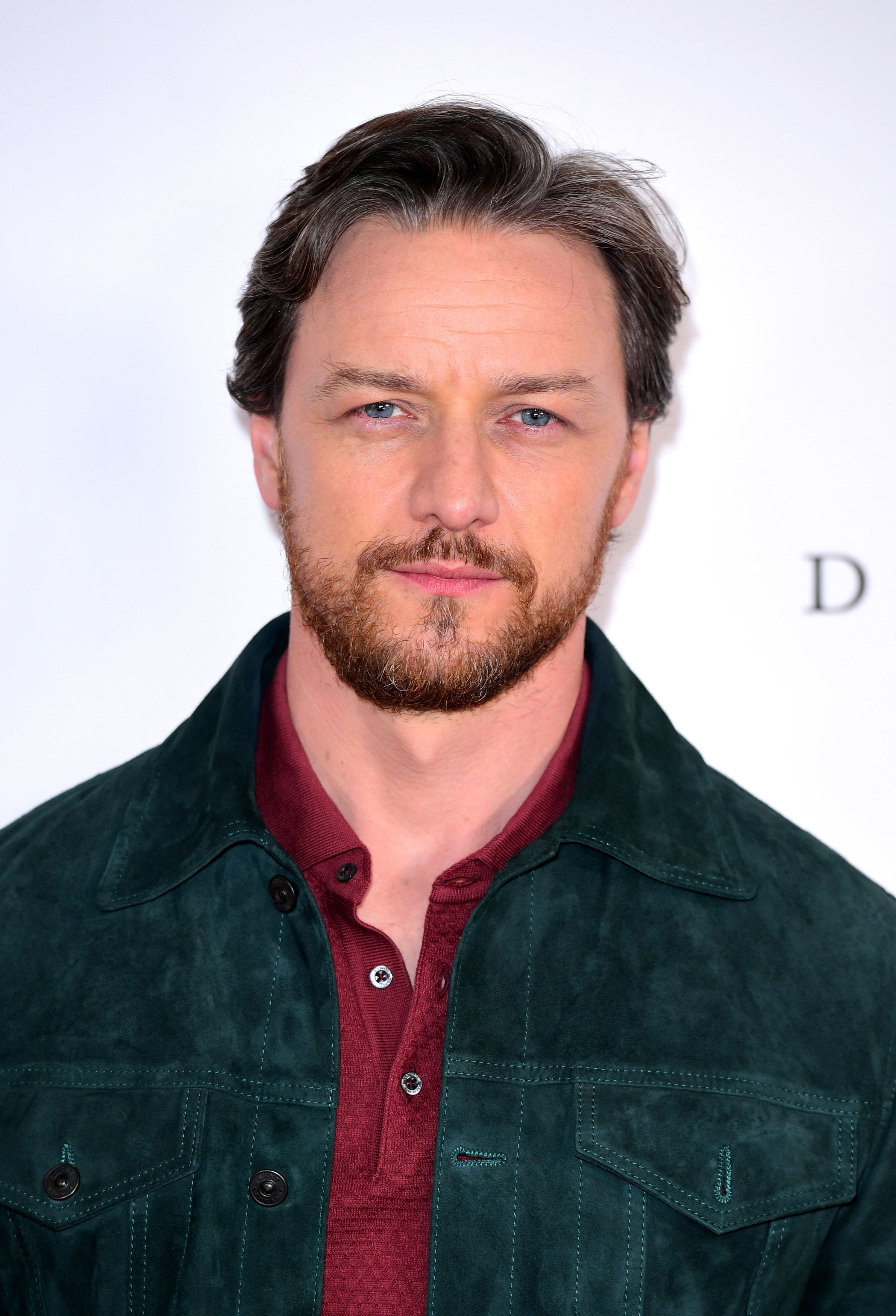 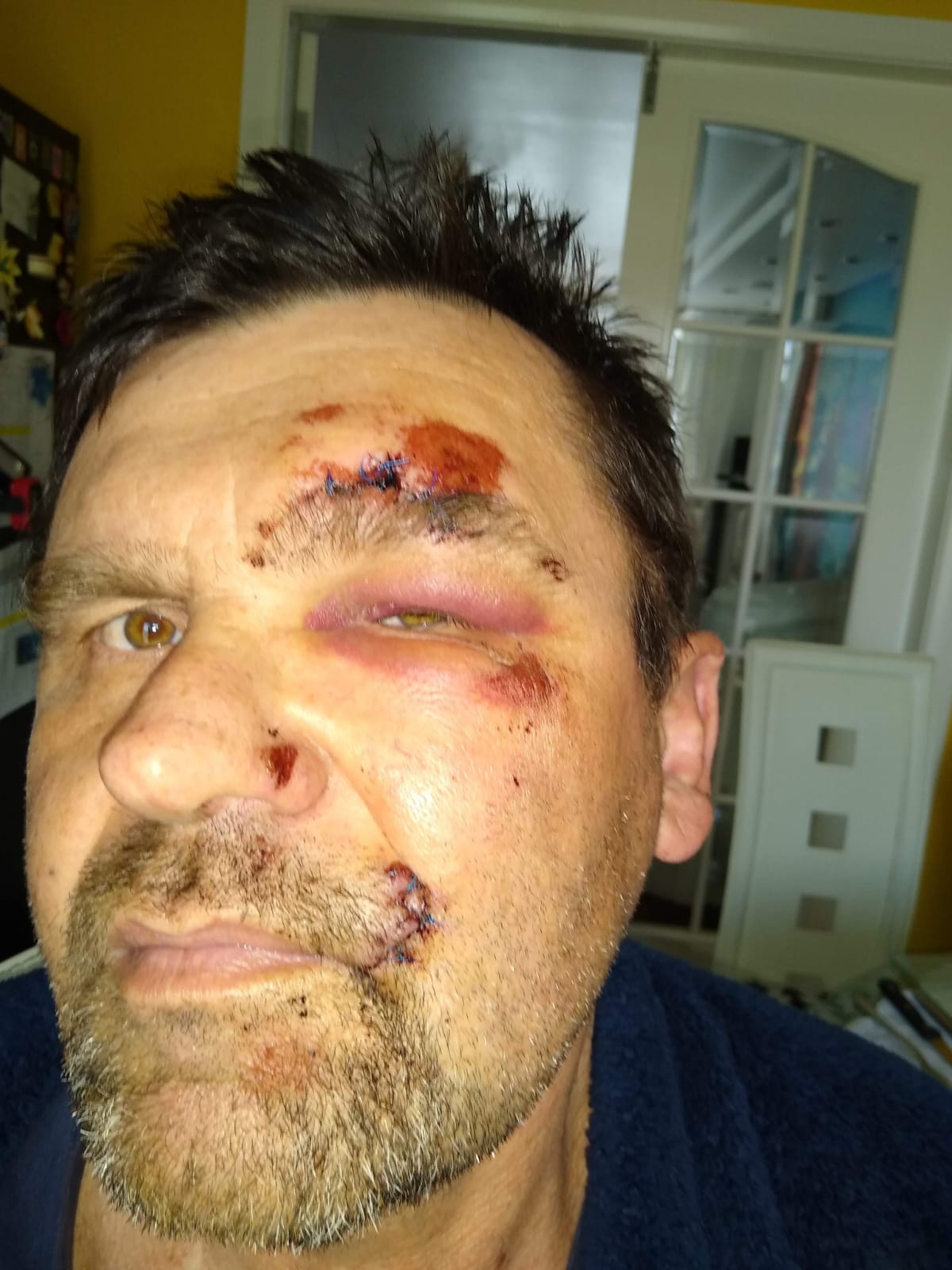 Mikey was left bruised and scarred for life

The quick-thinking grandad helped to nail his attacker for the brutal road rage attack — with a picture taken on his mobile phone.

Mieczyslaw snapped a photo of McAvoy, 31, for insurers moments after the thug’s pal crashed into his works van in an early-morning shunt.

The fuming pair ordered the victim to hand over the handset before subjecting him to a frenzied blade and baton attack.

But brave Mieczyslaw, known as Mikey, managed to hide the phone in his pocket as the vile yobs rained blows on him before fleeing the scene.

Serial criminal McAvoy, who has 43 previous convictions, was later identified by cops from the pic.

Today, as the Hollywood actor’s sibling was jailed for four years, 10 months at the High Court in Glasgow, Mikey revealed he feared he’d die in the bloodbath last March. 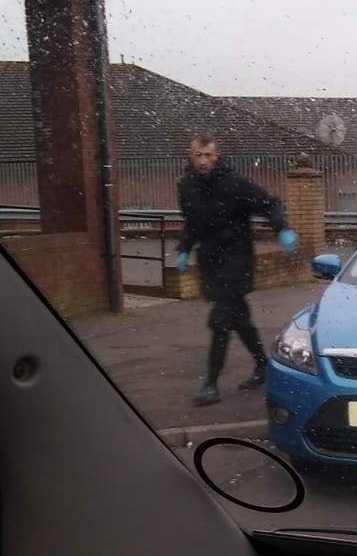 Violent McAvoy was snapped at the scene

And he described how a blade was plunged into his head and side as he was battered with a metal baton.

Recalling his terror, Mikey — left scarred for life — said: “After they bumped into me, I took photos  for insurance purposes.

“But McAvoy came out the car and said, ‘Give me the phone’.

“McAvoy showed me the knife and the other guy came out with the baton and hit me on the head three or four times. 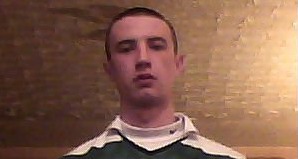 “I was knifed once in the side and once on the side of the head.

“I was in total shock. I just thought, ‘Why? What do they want from me?”

The grandfather of three added: “They kept hitting me with the knife and baton but I made sure they couldn’t get to the phone.

“I heard, ‘Give me the knife and I’ll finish him off. I’ll kill him’. I’m lucky the knife they had on them wasn’t bigger or I’d have been dead. I felt scared.

“The blood was everywhere. I felt like they were waiting for me and wanted to ambush me.” 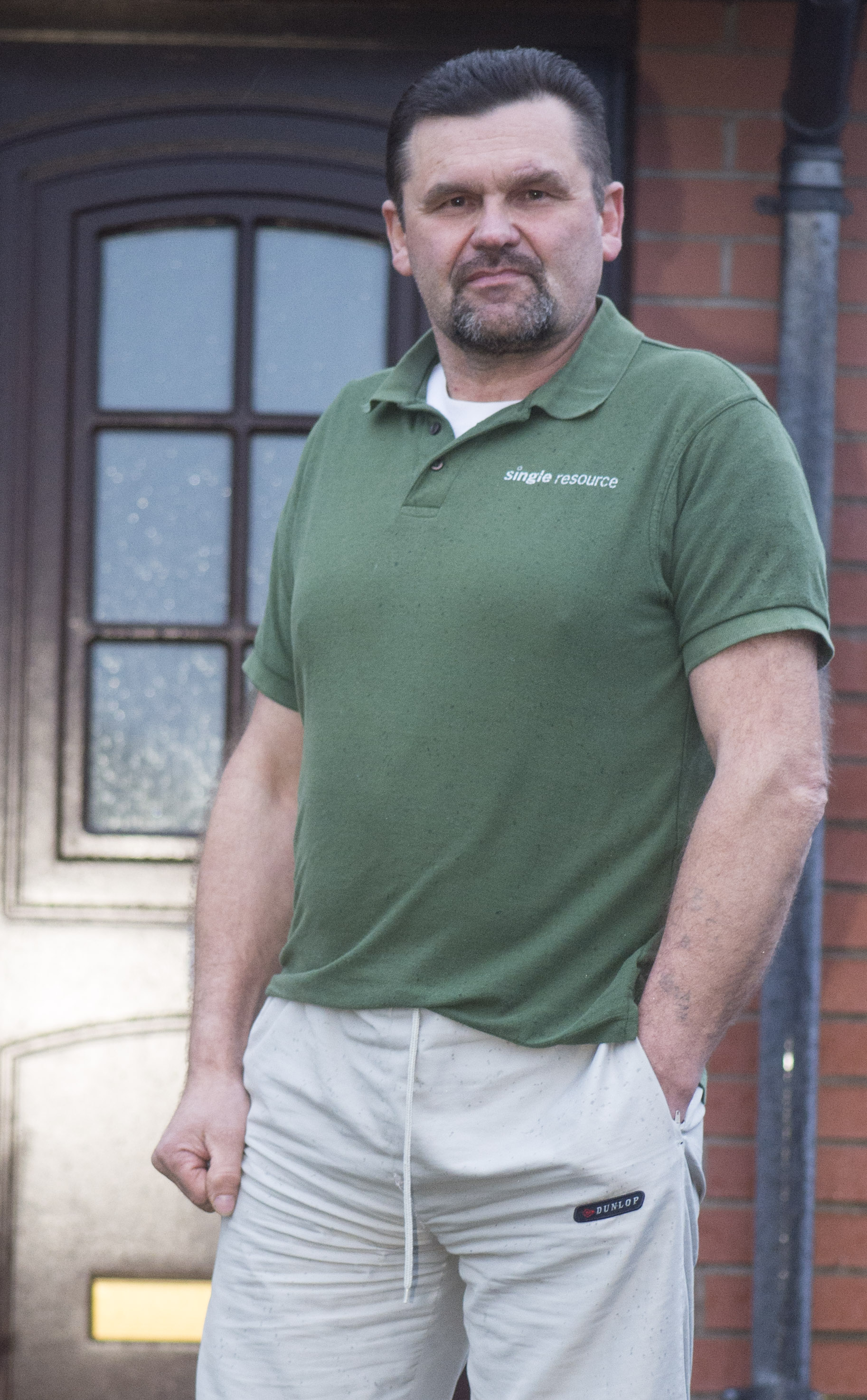 The court heard that McAvoy — who shares a father with X-Men star James, 41 — was in a Ford Focus driven by an unknown man when it hit Mikey’s van.

A judge was told they jumped out and the mystery male struck Mikey with a blade while McAvoy repeatedly whacked  him on the head and body with a baton.

They then slashed his tyres before racing off.

Cops found Polish roads worker Mikey — who was off to do a shift when the 7.15am attack happened —  bleeding heavily in the street with head, face and stomach wounds. He was rushed to hospital, where medics described his injuries as potentially life-threatening.

The court heard McAvoy, of the city’s Drumchapel, was later traced by detectives.

McAvoy admitted acting with an unknown other in assaulting Mikey to  severe injury and danger of  life.

Defence lawyer Donald Findlay QC said the crook — who has served a string of jail terms — wanted to change his ways.

He added: “He has come here to accept his part in a nasty assault, which was totally unnecessary. This was a gentleman who’d done nothing.”

McAvoy had also been accused of being part of a £25,000 cash box robbery at a Bank of Scotland in the city’s Riddrie in December 2019.

But prosecutors accepted his not guilty plea to that charge.

She added: “This man was badly injured, but it could have been much worse.”

Mikey admitted he thinks about the attack every day but doesn’t want to flee Scotland.

He said: “There’s bad people everywhere.  I’m just happy police caught him and we got justice.