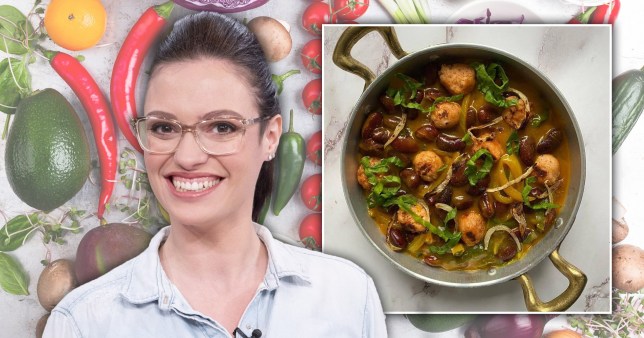 Jack Monroe has defended creating vegan recipes for Linda McCartney Food’s social media accounts after facing a backlash from fans of the brand because she eats meat.

Some said the food writer was a poor choice for the partnership as she also promotes non-vegan recipes, often using low-cost cuts of meat for people on a budget.

Although she has previously been fully-vegan and still focuses on a mainly plant-based diet, Jack herself eats small amounts of white meat and fish for health conditions including arthritis.

A vegan mum-of-four, who shares pictures of her own dishes through her Plant Powered Rachel Instagram account, was among those taking umbrage at the posts.

After the collaboration began attracting negative comments, she wrote: ‘No explanation as to why you thought Jack Monroe had any right to represent Veganuary or give vegan tips when she is not vegan, not a meat reducer or doing Veganuary. No reply to my message (it’s not even been read?).

‘Whatever is going on behind the scenes at Linda McCartney HQ?  You are making this dire situation worse. It gives me no pleasure as a loyal customer since the early 90s to say that I won’t be buying your products any more, I feel so let down and I know so many others do too.’

The food brand replied to the message and others posting similar comments to say they weren’t expecting a backlash as they saw the partnership as an opportunity to reach a new audience.

Another vegan Instagrammer @frompeaktocoast took issue after a picture of Jack’s vegan curry was shared on Linda McCartney’s Instagram account.

The NHS worker said: ‘As a long-time vegetarian – now vegan and avid supporter of LMC since the early days I’m horrified to see you in a paid partnership with Jack Monroe.

‘She’s an animal eater that uses low welfare cheap cuts when a decent vegan meal can cost less. There’s so many excellent vegan chefs that would love to work with you.

‘This was an awful decision by your marketing team and I don’t want any of my money funding collabs with carnivores.’

However, the picture also attracted 751 likes.

Jack told Metro.co.uk that she feels she has stayed true to her morals and been open about her lifestyle.

She said: ‘The purpose of the campaign was to encourage people to try a few meat-free recipes as a way of reducing their overall intake of animal products, an approach I have advocated since my very first cookbook, A Girl Called Jack, came out in 2014.’ 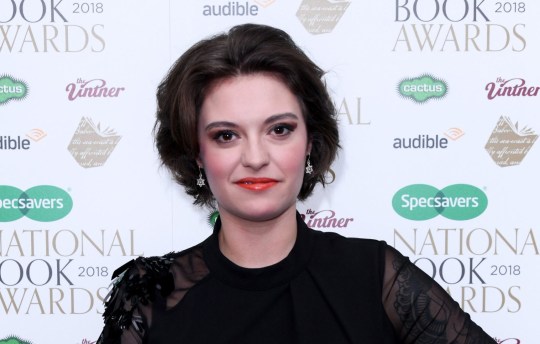 Jack Monroe at the National Book Awards in 2018 where she was shortlisted for Cooking on a Bootstrap (Picture: David Fisher/REX/Shutterstock)

The best-selling author clarified that she went fully vegan for around two years but now eats white meat and fish two to three times a week out of a potential 21 meals.

She said: ‘Regression wasn’t a flippant decision; I have arthritis and other health conditions which means I need the complex omega structures that fish proteins provide.

‘It is possible to achieve these nutrient balances on a fully vegan diet, but I personally found it incredibly difficult.

‘I admire anyone who faces the health challenges that I do who manages to commit to a 100% vegan diet, but the ethos of veganism is “as far as is practically possible” and that looks different for all of us.’

In her book, Veganish, the anti-poverty campaigner wrote: ‘You don’t have to be vegan every day, but every single day you are, you save on average one animal, 40 pounds of grain, 1100 gallons of water, and 30 square feet of forest. Together, our one days can add up to a massive change. For us, for animal welfare, and for the planet.’

Jack said: ‘The primary ethos of my work is to provide recipe ideas for people on the smallest of budgets, in the most difficult of circumstances.

‘Occasionally that does mean incorporating the cheaper brands of meat from the supermarket for specific briefs and believe me I have tried very hard to avoid it as much as possible as it’s not something I’m comfortable with.

‘But I’m less comfortable with the idea of telling someone in very real food poverty that they should go hungry for my own personal morals and over the years all of the members of the vegan community I have spoken to about this agree on this.’

The mum has a dedicated vegan section on her website where another creation in partnership with Linda McCartney Food is ‘super simple’ tomato and basil meatballs.

She said: ‘I thoroughly enjoyed working with Linda McCartney and it was a lovely campaign, with a hugely supportive team.

‘It was great fun to reinvent some of my family favourites as vegan recipes, and we received a lot of positive and encouraging feedback.

‘Not everything I do is going to be to everyone’s liking but I am very clear and open about my particular diet,

‘I still take great care to make sure that the majority of my recipes published for free on my website are vegan or easily adaptable and I believe that we should celebrate the small actions that people take to lessen their impact on the environment and demand for animal products, rather than berate everyone for not doing everything.

‘Collective and cumulative change is a powerful thing; let’s do what we can, when we can, and together, we can make a difference.’ 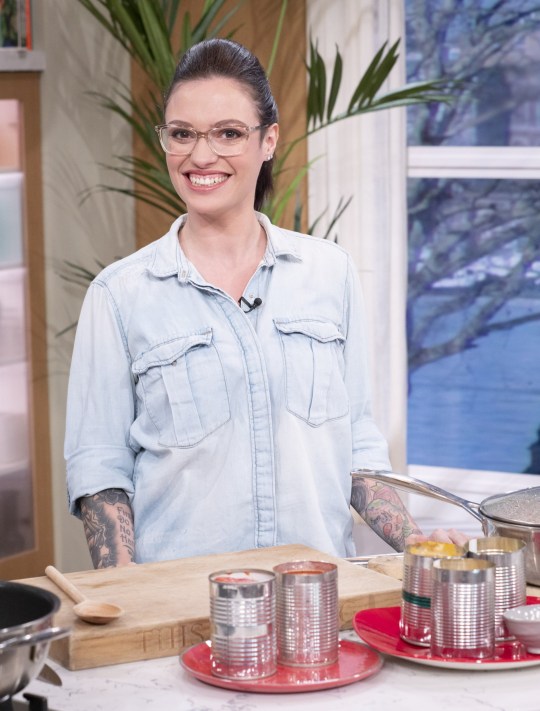 Jack Monroe has pursued a career as a food writer and blogger with a focus on vegan and healthy meals on a budget (Picture: Ken McKay/ITV/REX)

Linda McCartney Foods told Metro.co.uk: ‘We chose to partner with Jack Monroe for Veganuary as one of the primary purposes of Veganuary is to help meat eaters try more plant-based recipes for a month, hopefully longer. In order to reach them, we talk to them through channels outside of our veggie and vegan communities.

‘We believe that a plant-based lifestyle is the best way for people and our planet, and through our platform, want to help this become a reality for as many people as possible.

‘We’d like to say thank you for believing so strongly in a plant-based lifestyle and for questioning our collaboration, and we hope it makes more sense now.’

Dave Grohl shares album suggestions for kids who are homeschooling