PEOPLE living in a tiny waterside community where they have to walk six miles for clean water feel they are living in a “Third World” village.

The Plas Panteidal in Gwynedd, north Wales, was once a “thriving” and “absolutely lovely” place. 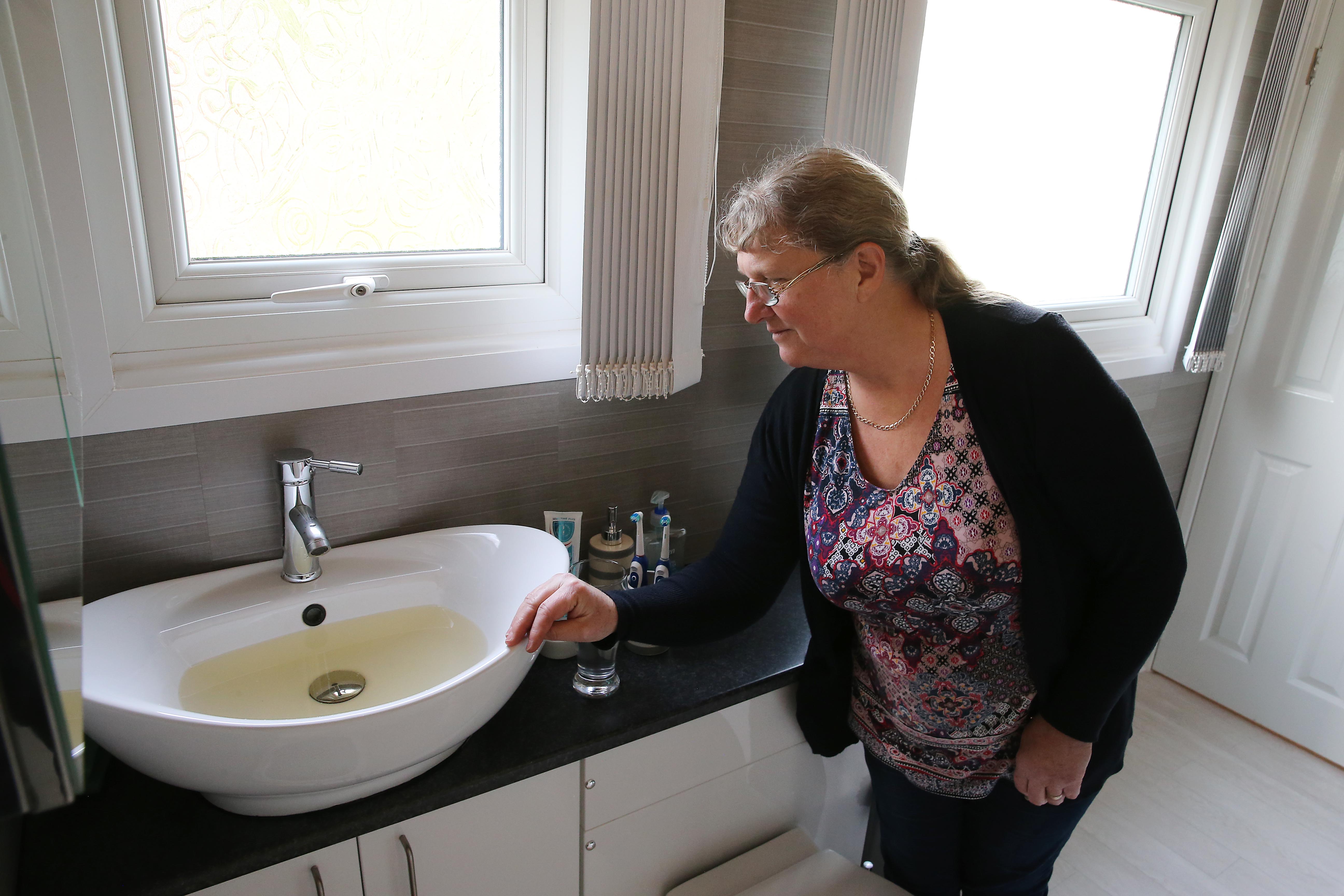 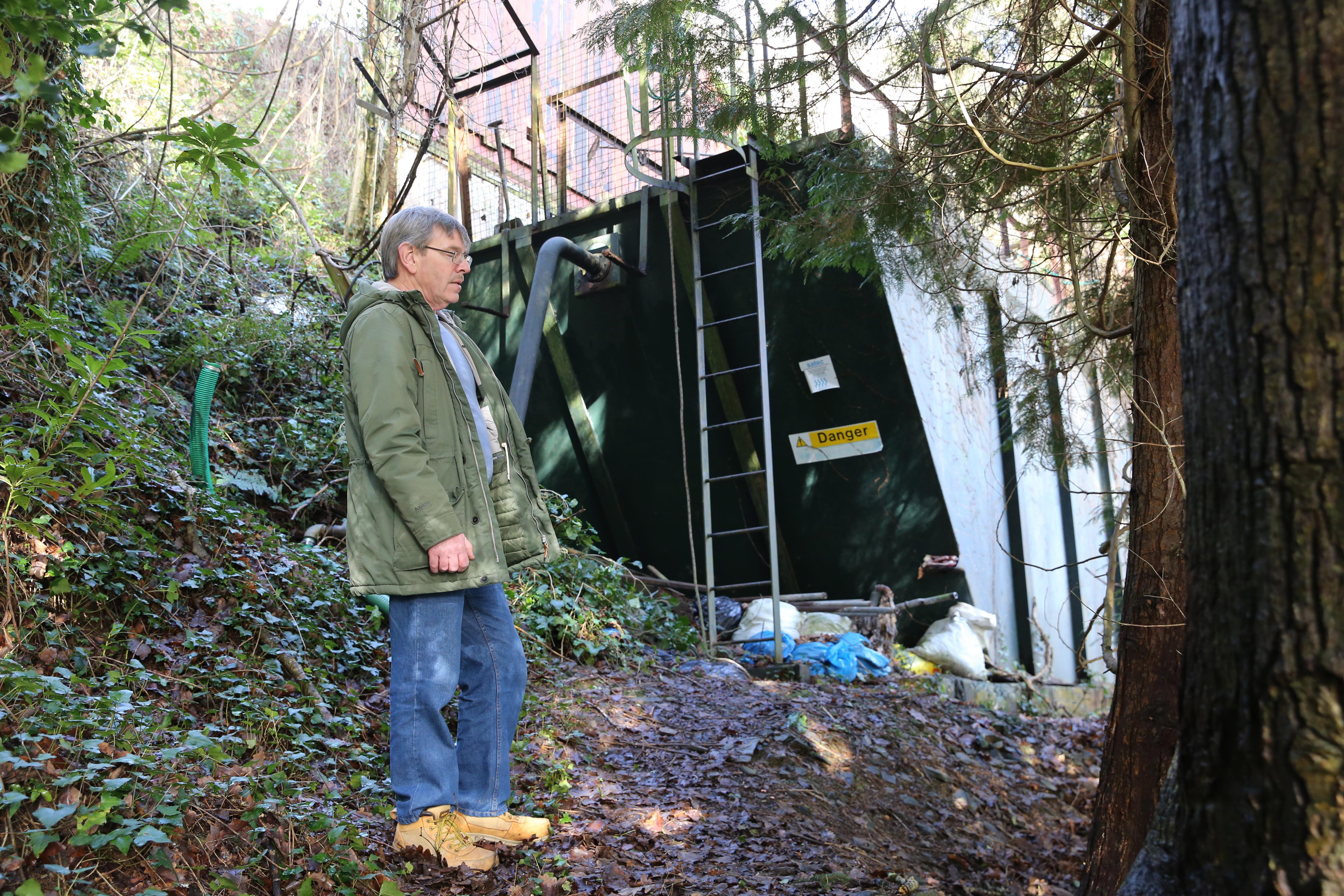 Residents have to make a six-mile round trip to collected water – and their electricity grid is close to collapseCredit: Daily Post Wales

But now the water supply is contaminated with E. coli and unfit for drinking, trees are in danger of falling onto homes, and the electricity grid is close to collapse.

The access road is marred with potholes and is unfit for vehicles – and raw sewage once flowed down a hillside.

On top of all of this, the 35 permanent residents who refuse to leave have to make a six-mile round trip for water or find it by other means.

One man even collects it from his roof gutter to drink.

Despite being asked to pay £600-a-year in maintenance fees, everyone is forced to shower using spring water tainted by sheep and cattle muck from a muddy farm field.

For the past decade, the residents have been travelling three miles to nearby Aberdyfi and back to stock up on bottles of water.

The estate’s water supply originates from a mountain spring below an excrement-covered farm field.

The site’s faulty sewage treatment plant was fixed after human waste seeped down a hillside, across a road and into the Dyfi estuary, but even now its aeration pumps are not working.

Couriers refuse to deliver to the site due to potholes and rubble along the steep and windy access road.

Locals are so desperate for proper amenities they are willing to fork out more than £1 million of their own money to fix the problems.

Some have formed the Plas Panteidal Association (PPA) and offered to create a not-for-profit management company to take over the running of the estate after Trehaven Leisure Ltd went into voluntary liquidation last year. 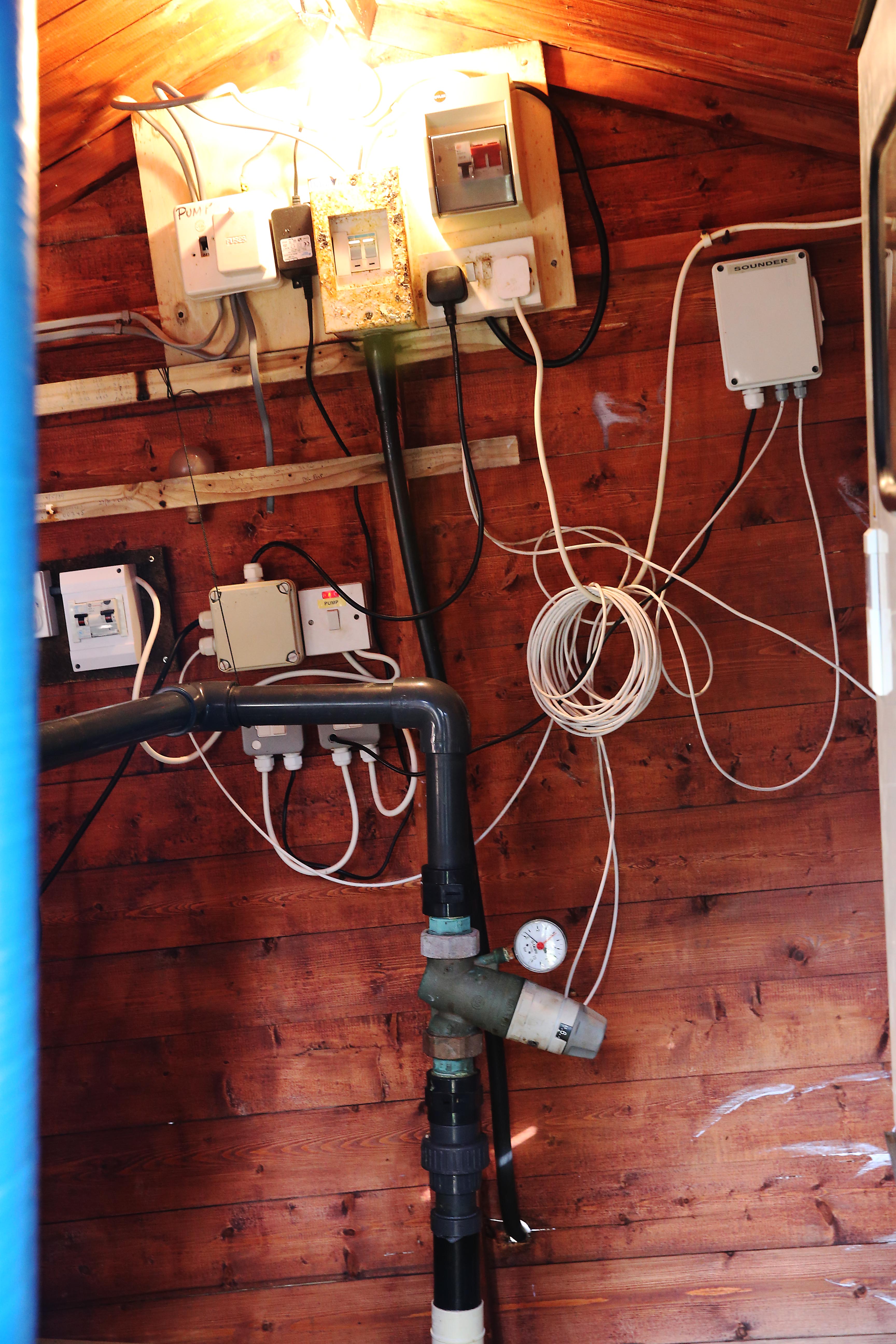 Locals are desperate for proper amenities they are willing to fork out more than £1 millionCredit: Daily Post Wales 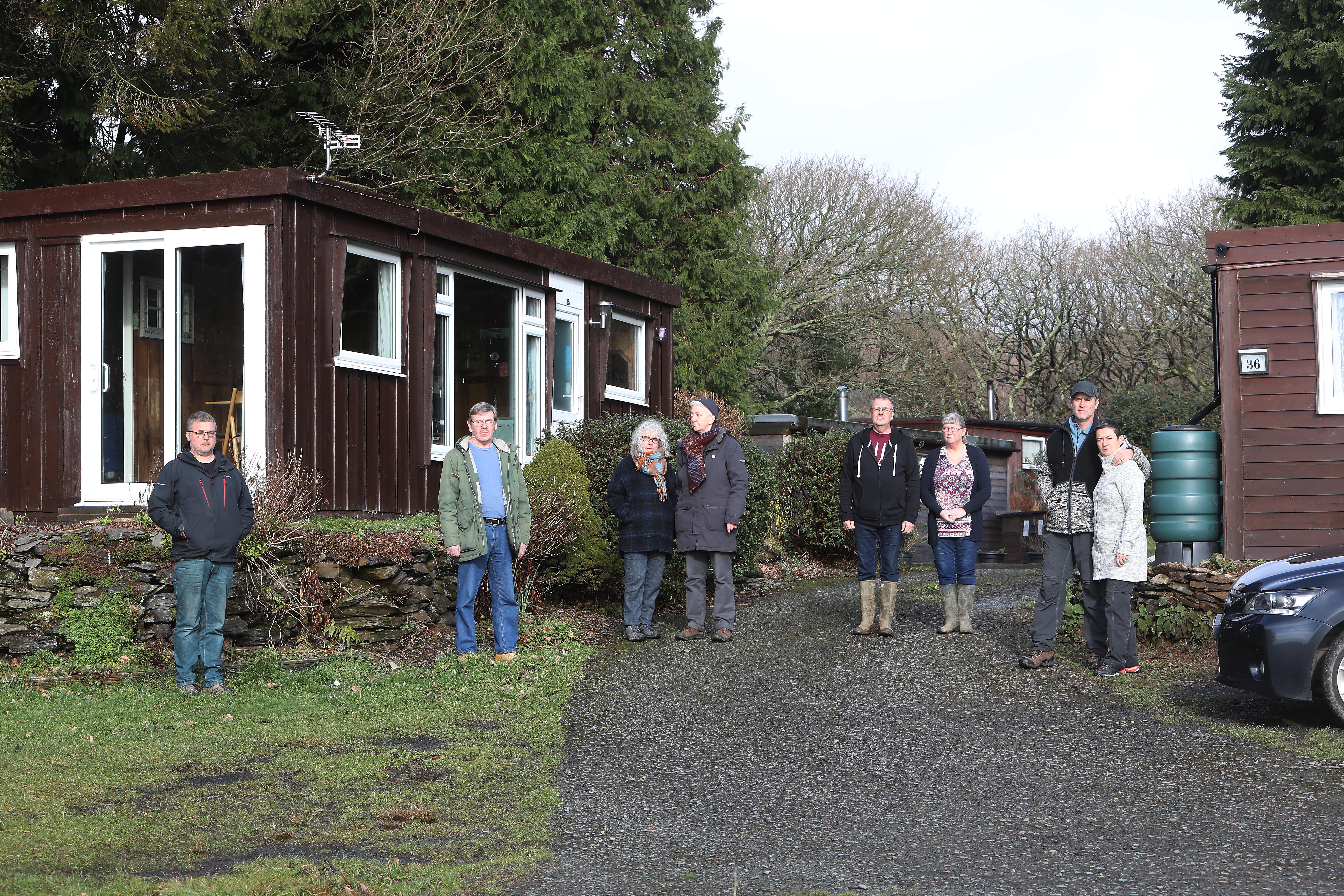 Plas Panteidal has 92 properties, of which about three quarters are privately ownedCredit: Daily Post Wales 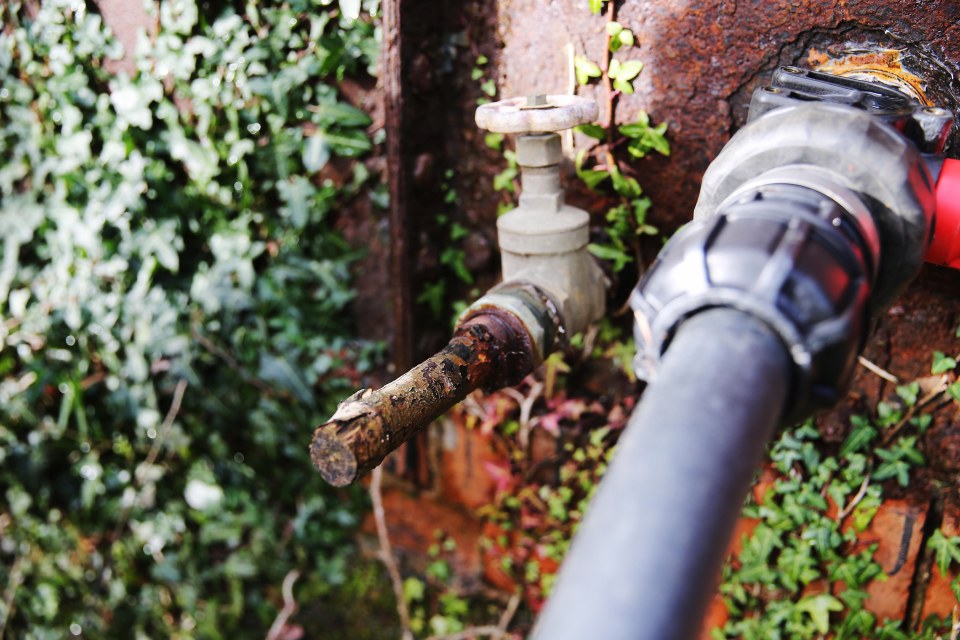 Brian Kelly, a resident who sits on Aberdyfi Community Council, said: “When I first moved here 20 years ago it was an absolutely lovely place to live with a growing and thriving community.

“It now looks run down, the utilities are falling into dereliction and people here are getting desperate.

“Our biggest worry is if Covid reaches us and we have to self isolate – it will make fetching water very difficult.

“We would have to rely on neighbours bringing it to us – or even having to mail order it to the estate.”

Retired couple Larry and Jane Simpkin moved to the estate in 2015 in blissful ignorance, but they soon had neighbours banging on their door telling them not to drink the tap water.

The former NHS workers make the long trip to get water once a week, filling up seven five-litre bottles every time.

Describing the process as “degrading,” Larry, 65, said: “People walk past as we’re refilling the bottles.

“They give you a look as if to say, ‘what on earth are you doing?’ It’s a very strange feeling. Sometimes I feel as though we’re living in a third world country.

“It’s like those adverts you see on TV with charities asking for donations for drinking water projects in African villages: while I realise we’re much better off than them, we have been fetching water for years and we are supposed to be living in a civilised country.

“We are like a forgotten community – no one wants to put it right.”

John Starbuck, 48, who has a collection of almost 40 two-litre bottles neatly stacked on shelves in his bedroom, said: I don’t ever regret buying a home here – it is a lovely place to live.

“I don’t understand how things were allowed to get to this stage, how we as a community have been allowed to slip through the legislative cracks.”

Plas Panteidal has 92 properties, about three-quarters of which are privately owned.

Until September last year, the rest belonged to Trehaven Leisure Ltd, which ran the site for 30 years until it went into voluntary liquidation last summer.

For 10 years private homeowners have battled to force Trehaven Leisure Ltd to upgrade the site’s amenities.

Despite being asked to pay £600-a-year in maintenance fees, they endured conditions that one-holiday review site described as a “reminiscent of a building site” with an “overpowering smell of animals”.

Any new owner will have to take on six public health charges issued by Gwynedd Council for breaches in water supply regulations.

A further three charges have been levied by Natural Resources Wales for unauthorised discharges from the sewerage treatment plant.

There are more than £70,000 of unpaid electricity bills owed to Scottish Power and at least £43,000 in legal costs.

Cllr Kelly, who chairs the PPA, said: “That doesn’t make it look like an attractive proposition to any buyer. Except of course to the residents with their vested interest in living there safely.”

Philip Muddiman, who was a director of Trehaven Leisure Ltd until it was dissolved, blaming some residents for not paying site maintenance fees for at least five years.

Mr Muddiman said he felt “sorry” for those residents who carried on paying their fees, adding: “There was a simple answer to all this – if everyone had paid the
fees, the services would not have deteriorated.”

Gwynedd Council said it was aware of the situation at Plas Panteidal and has taken enforcement action in the past.

A council spokesman added: “We are currently considering what additional steps could possibly be taken to resolve the matter.” 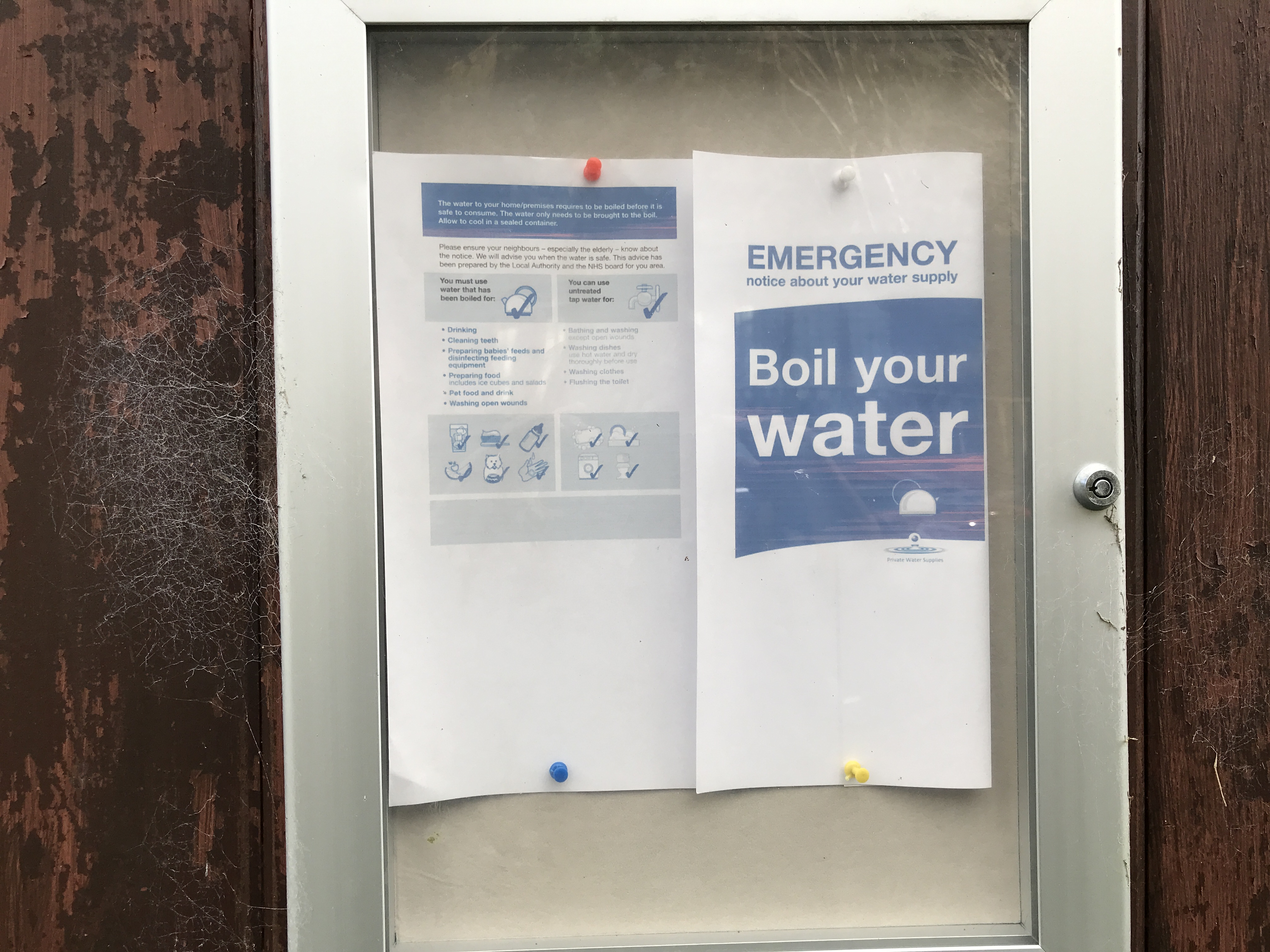 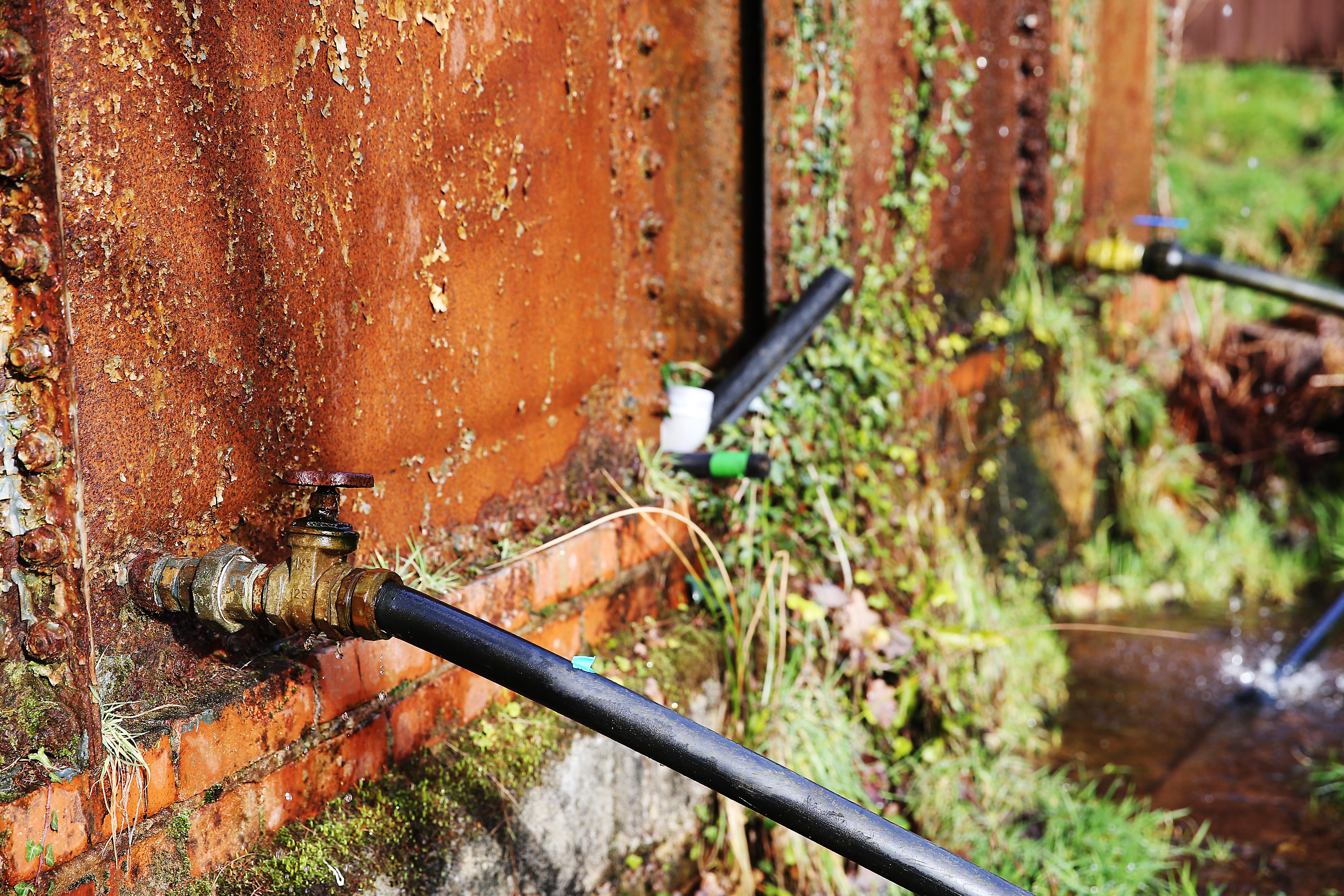 Despite being asked to pay £600-a-year in maintenance fees, everyone is forced to shower using spring water tainted by sheep and cattle muckCredit: Daily Post Wales 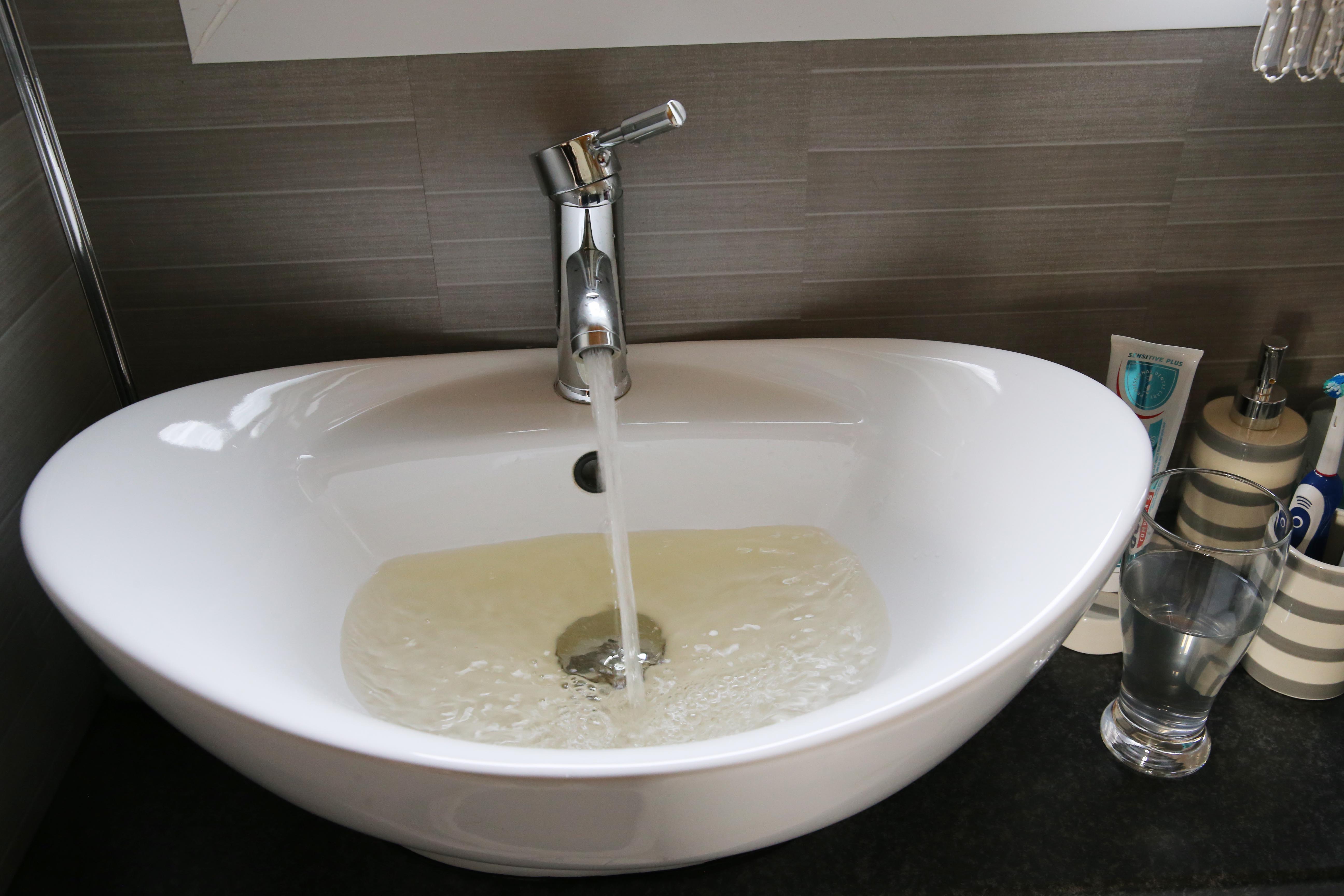 The water can only be used for showers and flushing toiletsCredit: Daily Post Wales 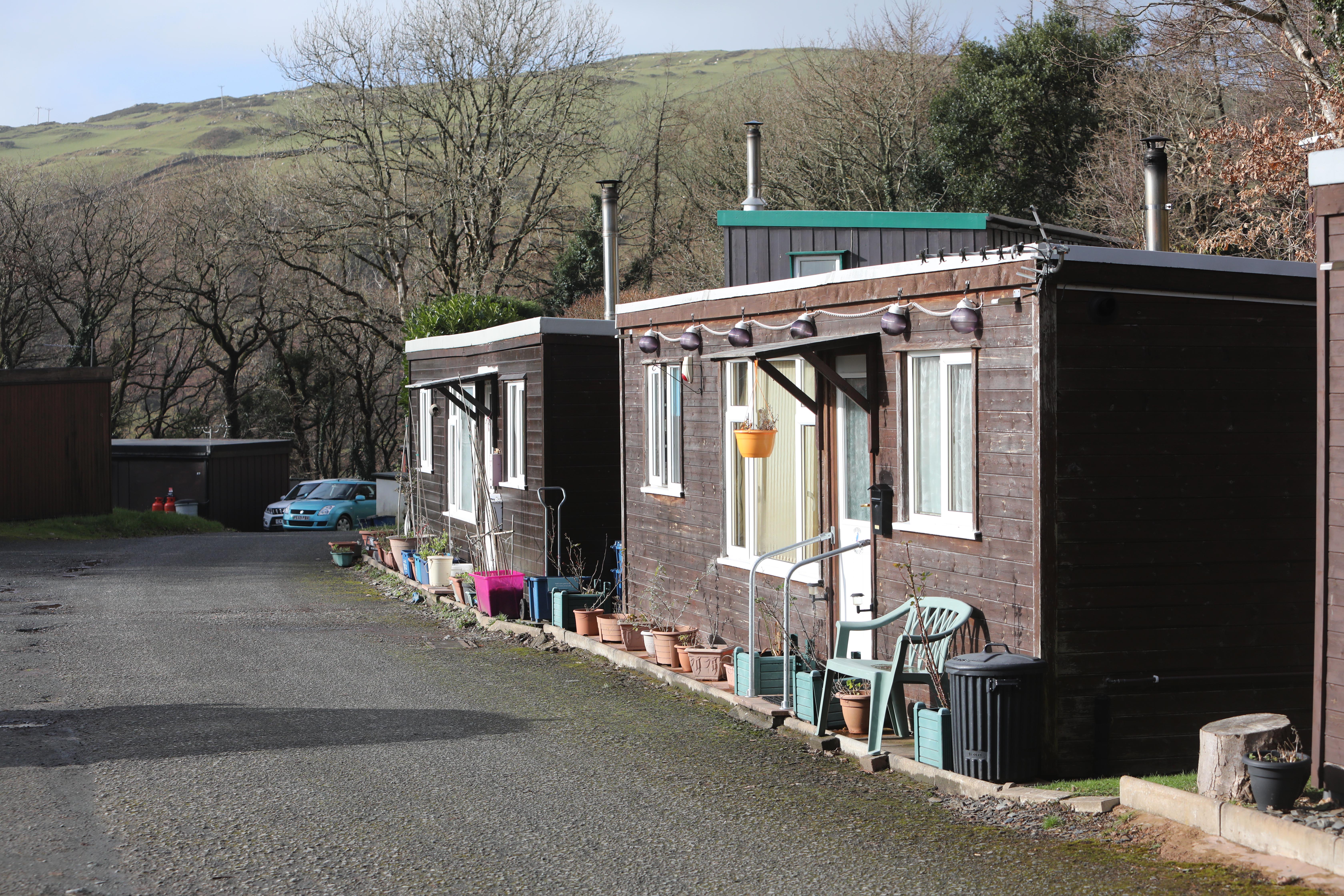 One man collects water from his roof gutter to drinkCredit: Daily Post Wales

The Roots announce deluxe reissue of second album ‘Do You Want More?!!!??!’