MILLION-dollar luxury apartments in New York offer more than just great views and a prime location: they’re a great place to store your prized collections if you’re a hoarder with filthy secrets.

Raul Toscano, the owner of Hoarding Cleaning Specialists in the Big Apple, has seen his fair share of dirty apartments filled to the brim with garbage, debris and other unnecessary junk – and even said he saw one with a dead dog in it. 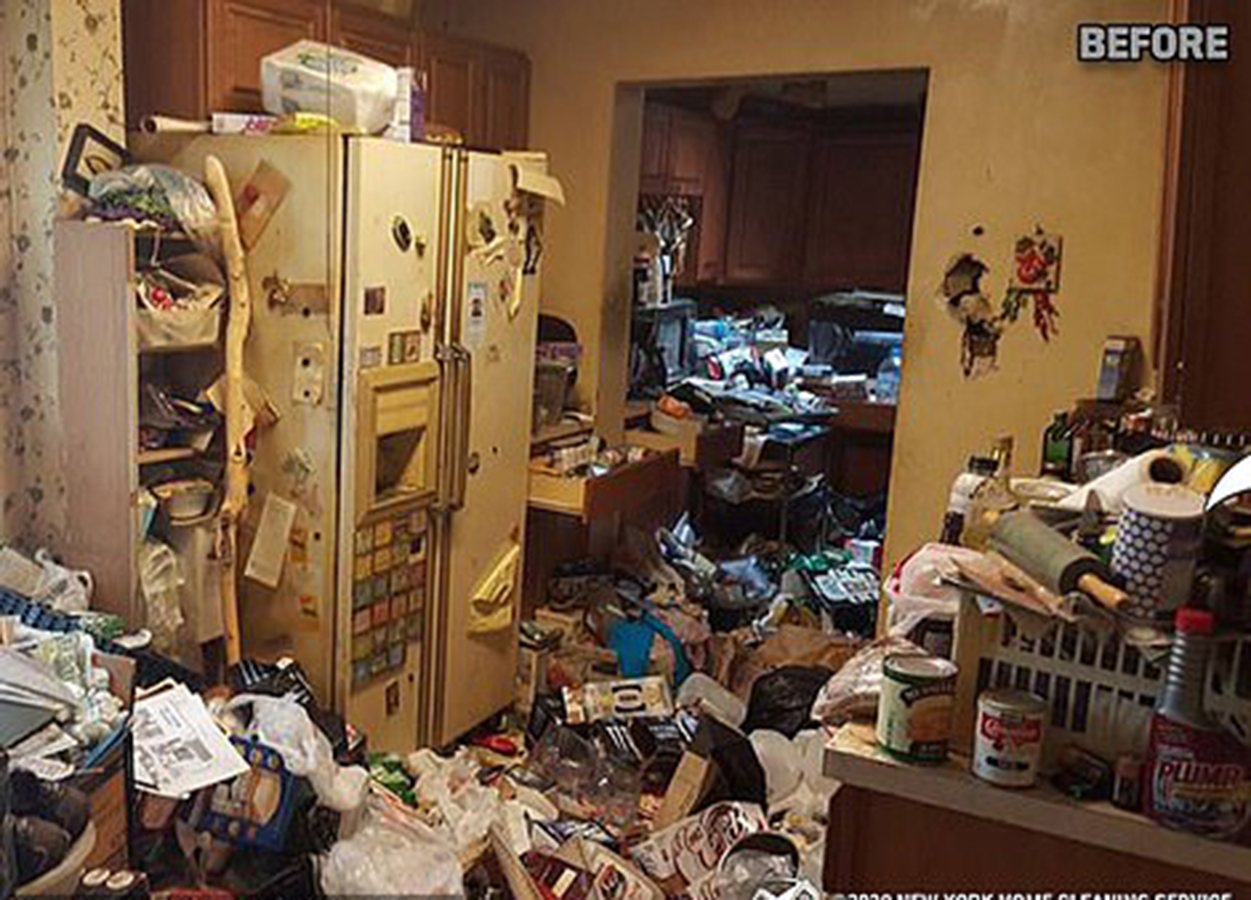 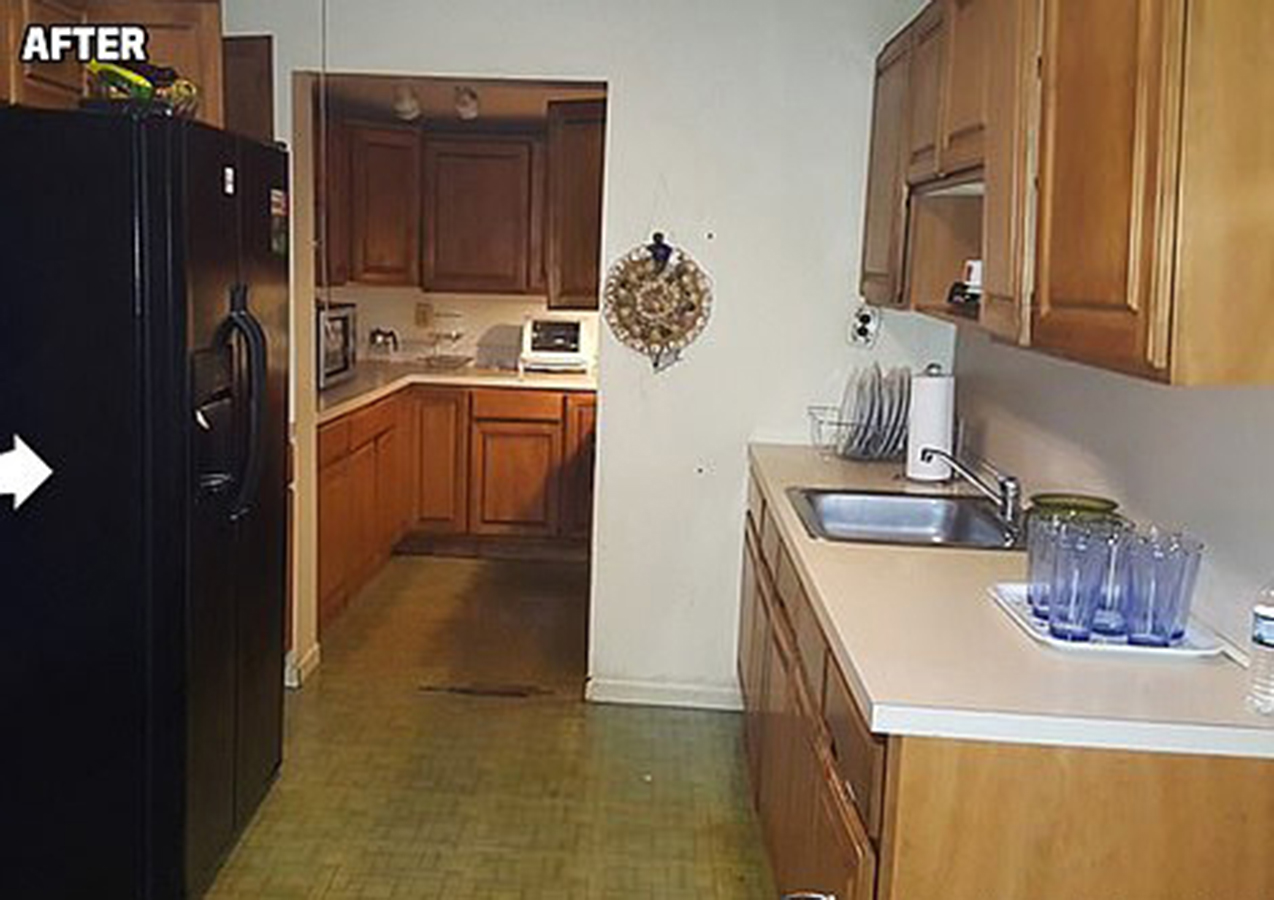 “The person [may have] a good name and they don’t want it thrown out there,” said Toscano of his company’s promise to keep their waste management removal to a quiet minimum.

Toscano recalls one such Park Avenue apartment filled with over 10,000 books, 300 framed photos and plenty of old computers and filing cabinets. So much junk that the owner tripped on the debris and died right there.

“And a lot of times, [the buildings] don’t want the neighbors freaking out,” he told the New York Post. “You pay top dollar for a nice apartment, and you’re living next to someone, and you can smell the person’s apartment and you’re wondering where the roaches are coming.” 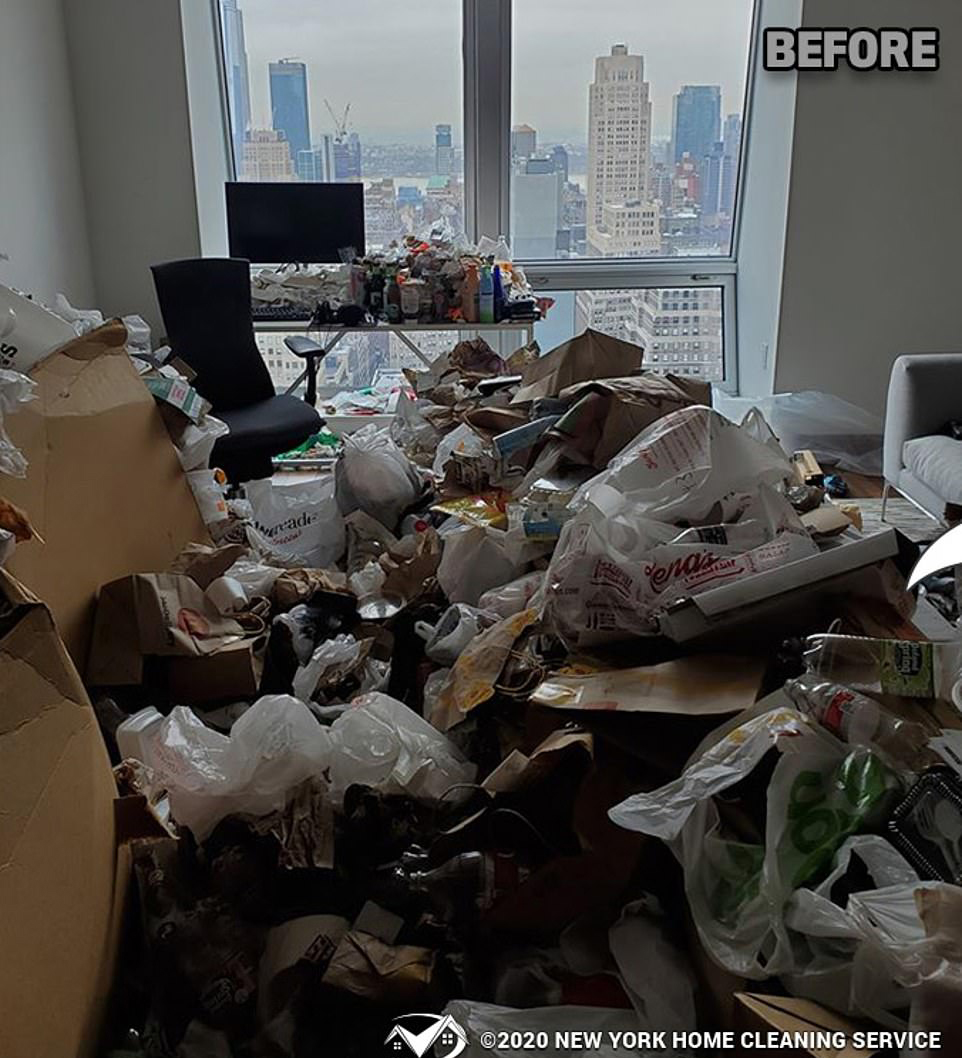 His company remains discreet so as not to alarm the neighbors in the swanky apartmentsCredit: Raul Toscano/Clutter Free 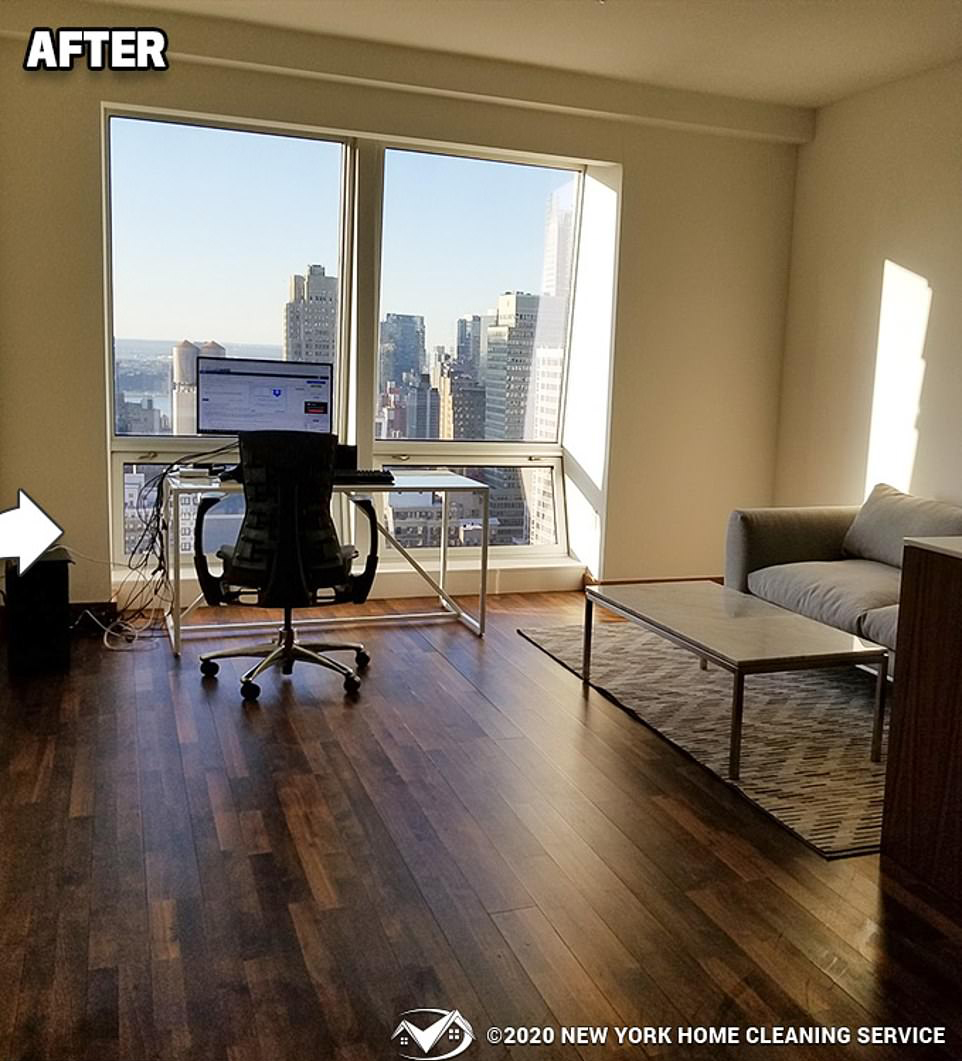 He said the priciest job he’s charged for is $40,000 to remove 16 tons of debris from a New Jersey homeCredit: Raul Toscano/Clutter Free

Toscano spoke about his most recent job helping a 90-year-old owner clear books, paper, boxes and other objects from her three-bedroom home in a swanky apartment overlooking Central Park.

“It was just clutter everywhere,” he said of the apartment, saying the woman had accumulated over 18 tons of junk.

This is nothing new for Toscano, who says his company encounters similar apartments like hers about “once, sometimes twice a week.”

He said the biggest obstacle they’ve overcome isn’t an unsightly array of objects – it’s removing all the debris while trying to be discreet so as not to alarm the other high-end apartment neighbors. 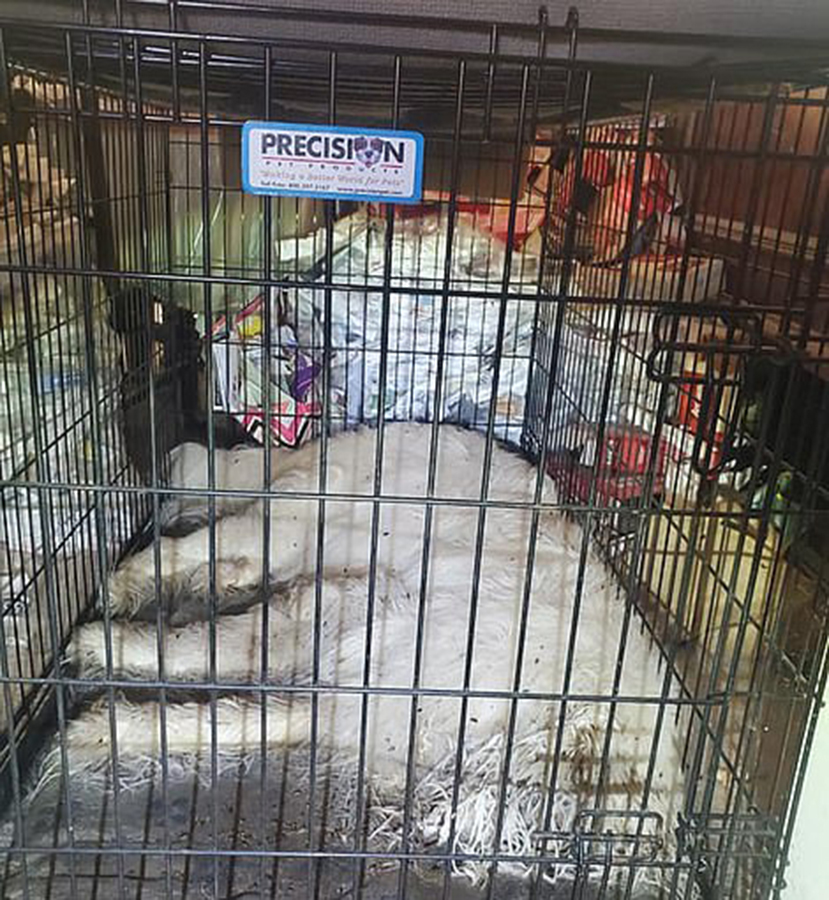 In one home, he found a husky that had been dead for eight monthsCredit: Raul Toscano/Clutter Free 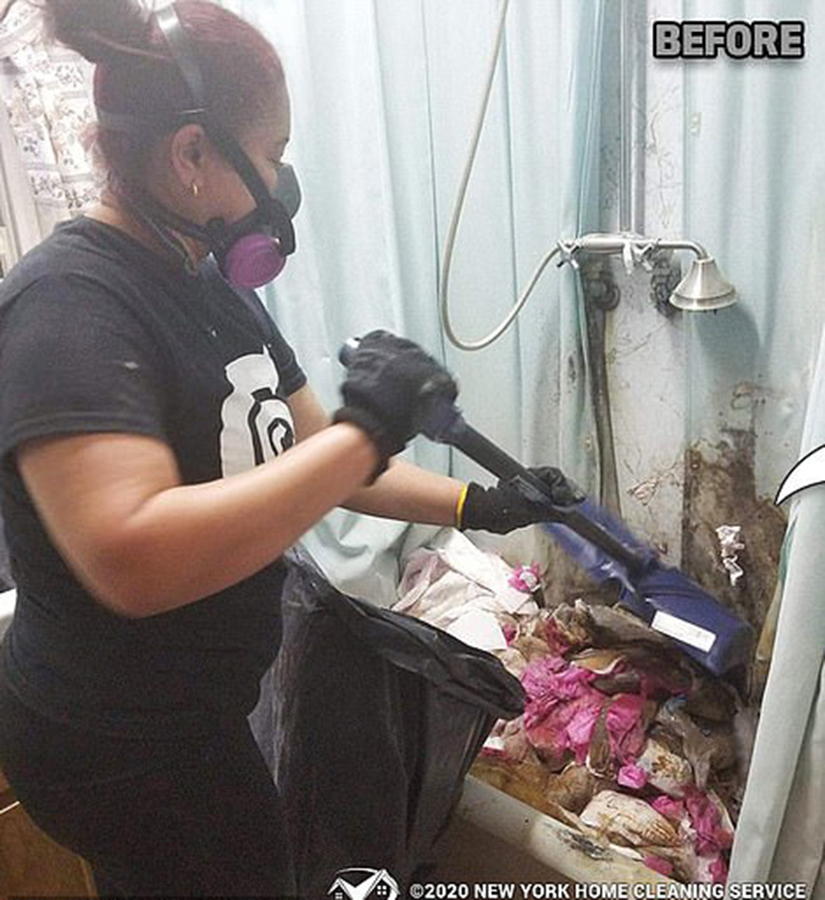 He said another home had involved extensive removal of the floorboards after the house had a bedbug infestationCredit: Raul Toscano/Clutter Free

“We have bins, so people can’t ­really see what’s coming out, and they’re covered,” said Toscano. “What we try to do is prep everything and get it out” without tipping anyone off.

Of the more invasive removal procedures, Toscano said his team has had to rip out floors of a unit because the tenant had a bedbug infestation

Another hoarder had left her husky dead in its cage for eight months.

At one location, a man preferred to relieve himself of all bodily functions in the bathtub.

“We see it all,” said Toscano in a very toned way. 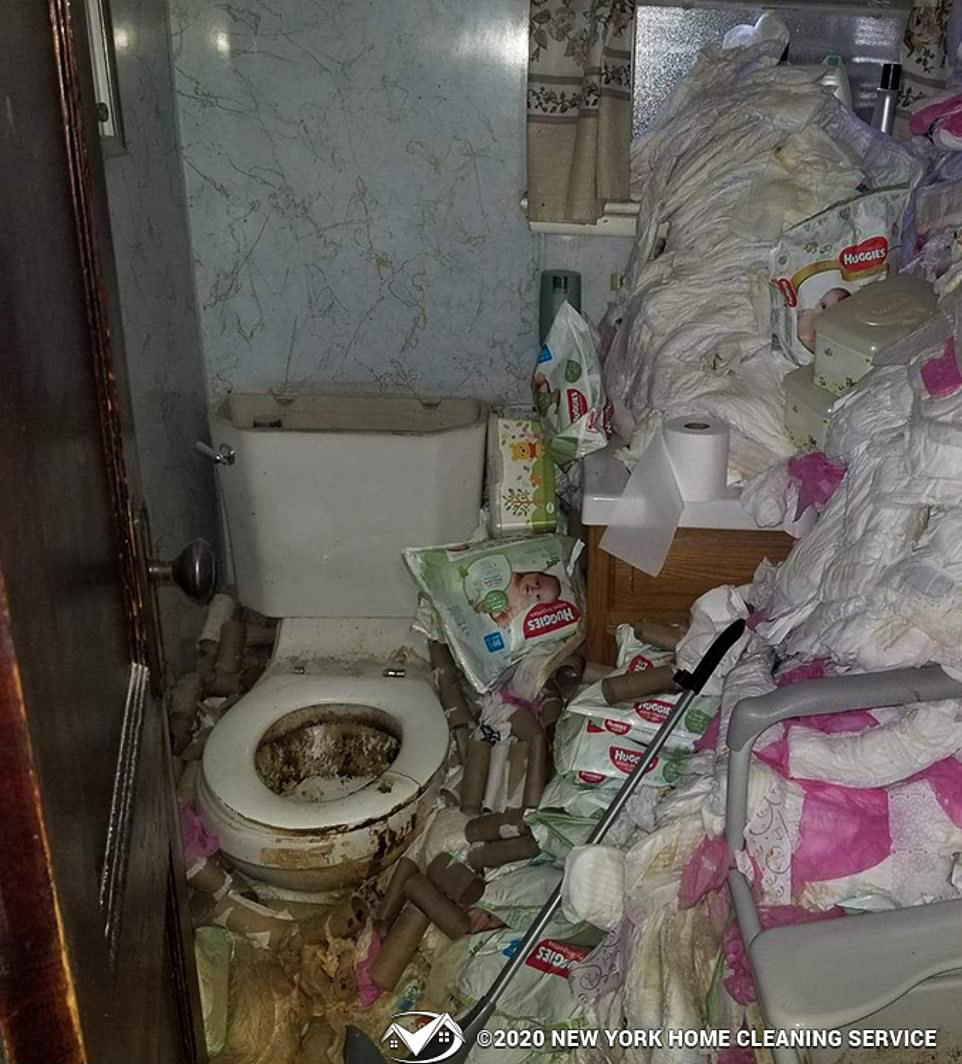 In one house, a man preferred to defecate in the bathtubCredit: Raul Toscano/Clutter Free 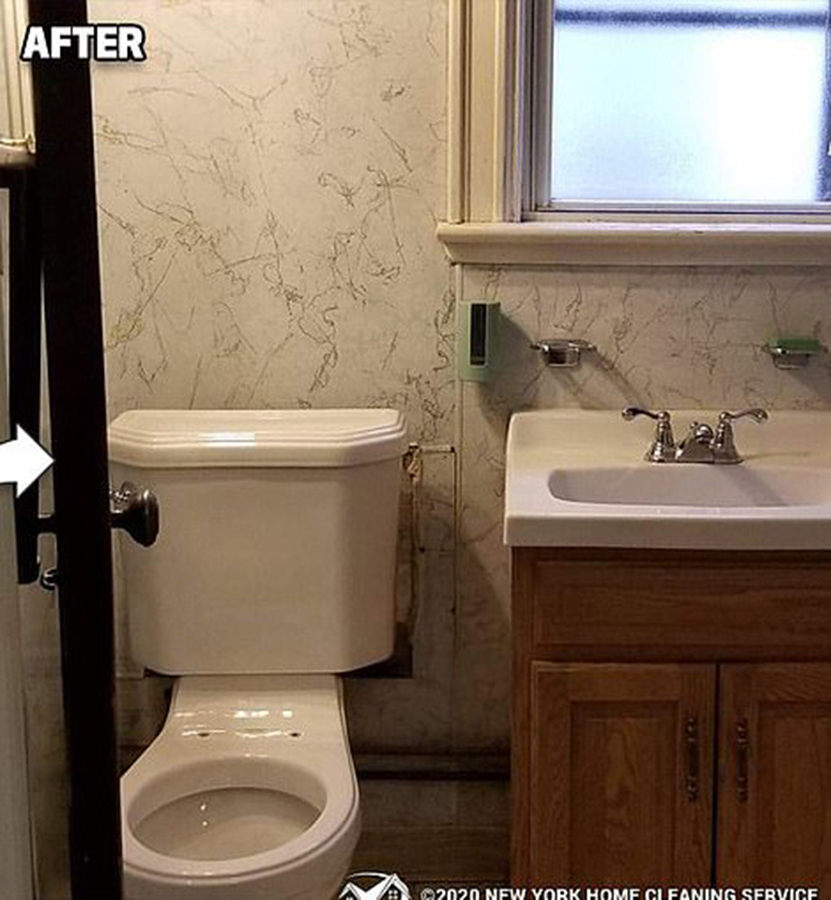 Toscano said he enjoys his work because he can see the beauty of the homes after he’s doneCredit: Raul Toscano/Clutter Free

Toscano’s team charges by the job, saying at one job in 2019, he charged $18,000 to remove bottles filled with urine and sex toys in an Upper West Side apartment.

His priciest was a $40,000 operation for a house in New Jersey where he had to remove about 16 tons of trash and repainted the whole house.

Hoarding disorders affect about between two to six percent of Americans.

It shows almost no shift across socio-economic status.

Toscano said he does enjoy doing such projects at high-end locations because once the home’s clean, he “can see the beauty of the apartment.” 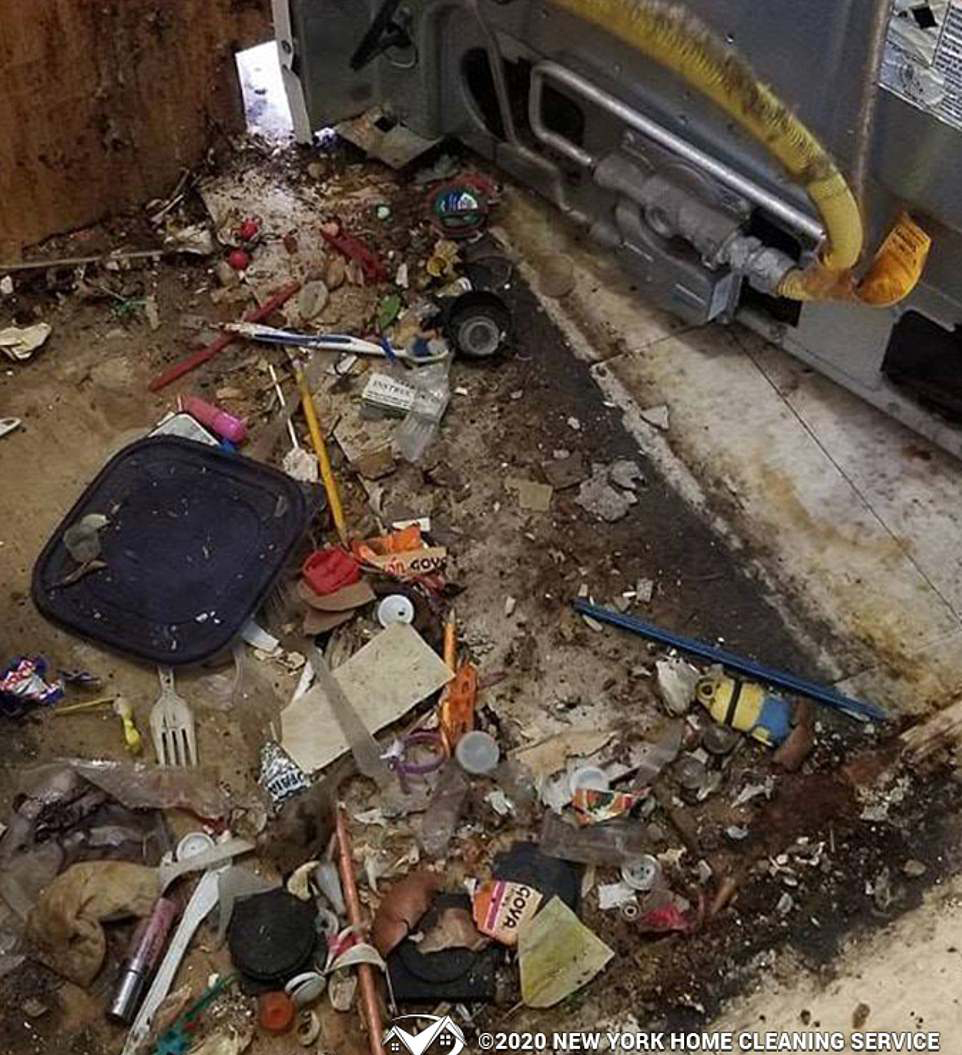 He often gets a call from concerned loved ones of the hoarderCredit: Raul Toscano/Clutter Free 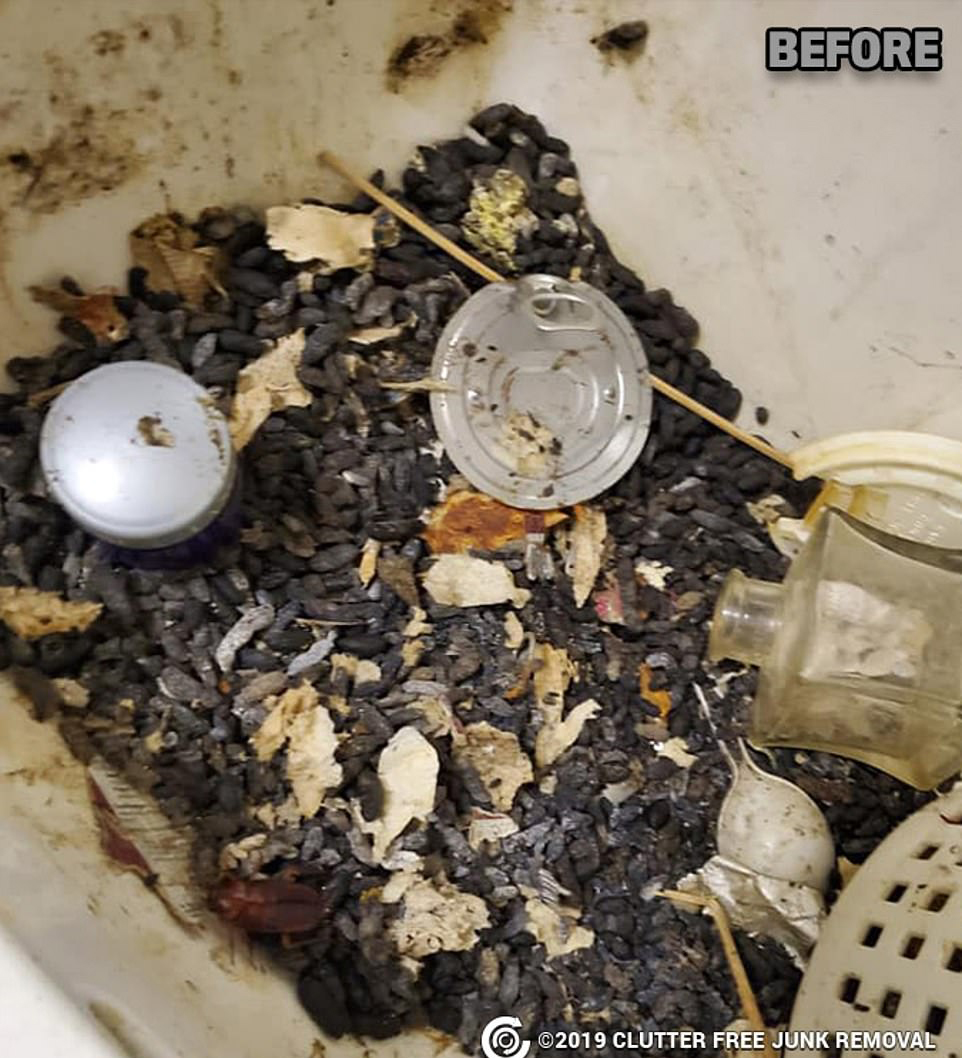 His team also asks the tenant to leave while his team gets to work.

“When they come back they’re like, ‘Wow, I can’t believe this is my home.'”