HORROR posts by suspected Texas school shooter Salvador Ramos feature rifles and an eerie warning for kids to “be scared” in real life.

Ramos, named by Governor Greg Abbott as the shooter in the Robb Elementary School massacre, reportedly shot his grandmother and crashed his car before killing 19 students and two teachers. 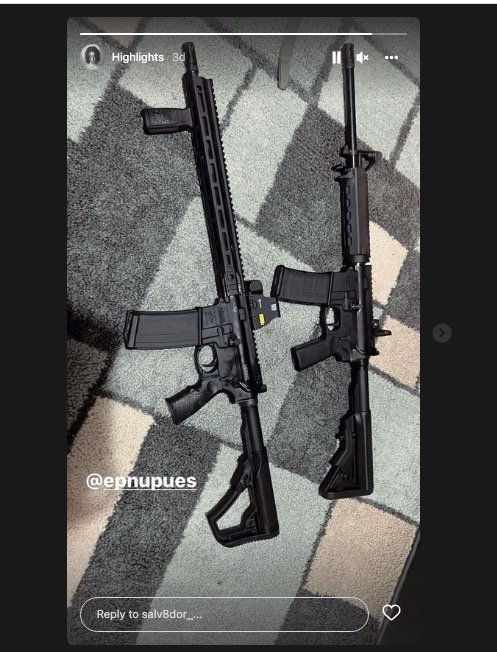 Ramos tagged a random woman in his social media photos before the shootingCredit: Instagram 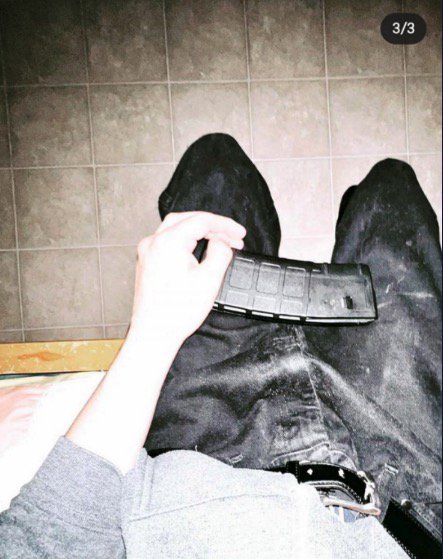 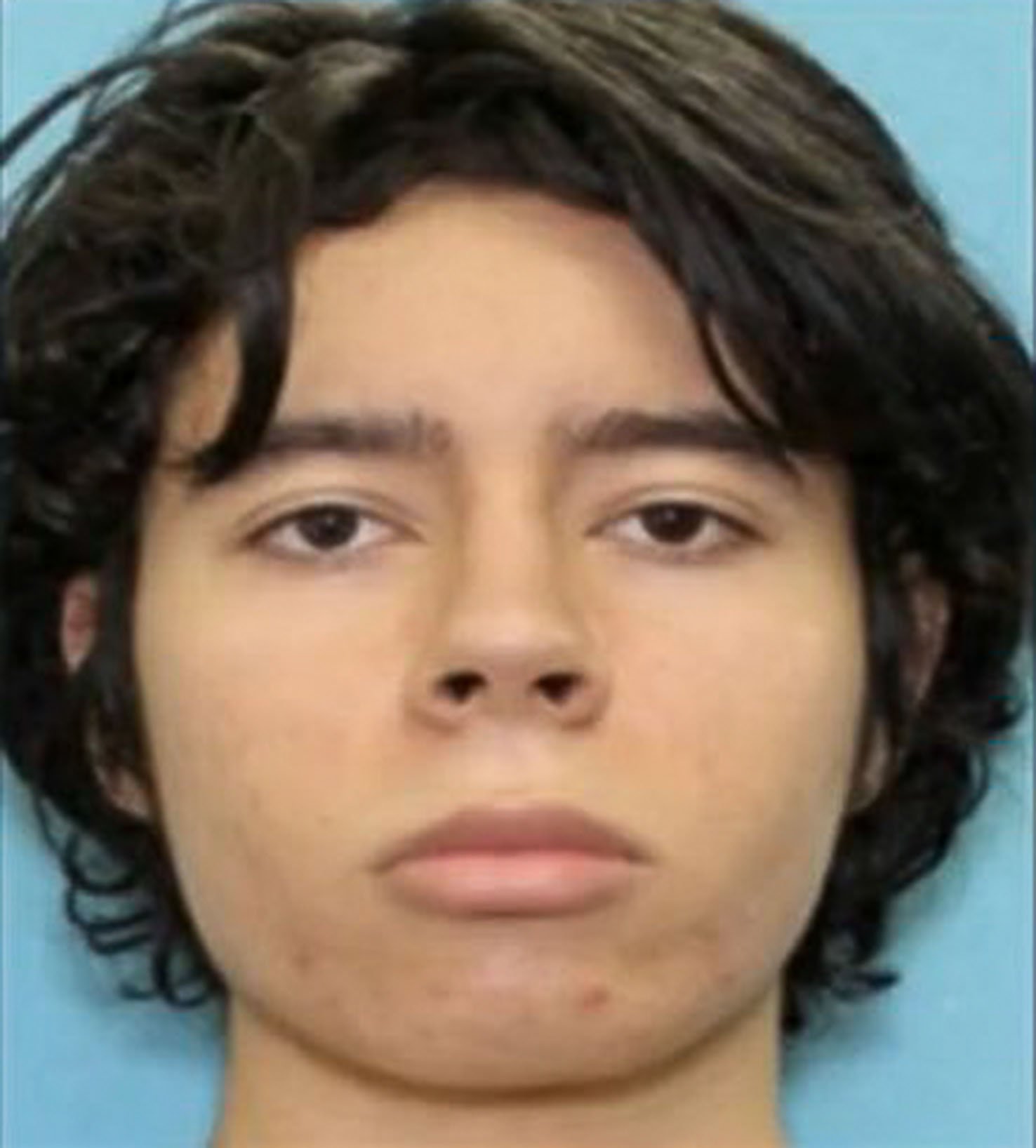 Ramos, 18, was shot dead as police responded to the school on TuesdayCredit: Not known, clear with picture desk 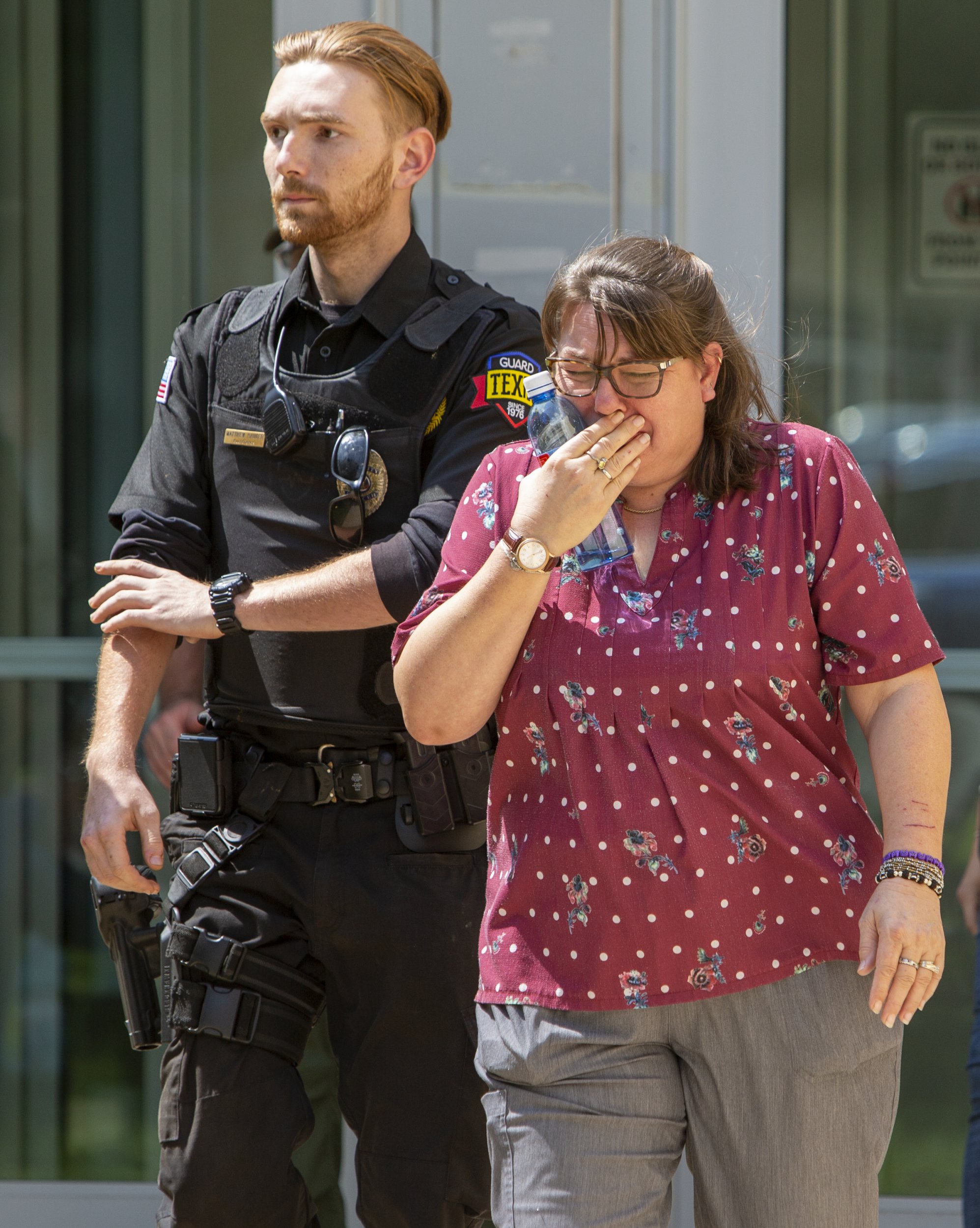 Families are still waiting to be reunited with their childrenCredit: AP:Associated Press

Texas State Senator Roland Gutierrez, speaking to CNN, made mention of Ramos’ threatening social media posts after stating that the suspect bought the weapons used in the mass shooting on his 18th birthday in the Uvalde area.

The account, which displayed only one video of a mobile game, was taken down following the shooting.

Both of Ramos’ alleged social media accounts on TikTok and Instagram featured the same photo and the line “TheBiggestOpp.”

The suspect also reportedly messaged a girl he did not know on Instagram and tagged her in a photo of his guns, possibly alluding to the shooting.

“You gonna repost my gun pics,” wrote the shooter.

The person he tagged, who claims that she does not know the shooter and doesn’t live in Texas, asked: “What your guns gotta do with me?”

The shooter writes back: “Just wanted to tag you.”

Throughout the conversation, which the Instagram user provides through screenshots, the shooter keeps contacting the user with vague messages.

“I’m about to,” he writes without any explanation, only responding with, “I’ll tell you before 11” when the user asks what his original message meant.

“But you HAVE TO RESPOND. I got a lil secret. I wanna tell u”

In a statement posted to the user’s story, they have also made a highlight on their account, the user wrote: “The only reason I responded to him was because I was afraid of him.

“I wish I stayed awake to at least try to convince him to not commit his crime I didn’t know.

“I don’t know him and I don’t even live in Texas.”

A number of copycat profiles have been created, circulating Ramos’ photos of his guns and magazines.

Gutierrez told CNN that Ramos was from North Dakota and was a high schooler, though it was unclear if he was currently attending school in Uvalde.

The suspected gunman was also heavily armed and was wearing body armor, according to reports.

The first victims in the shooting have been named.

Eva Mireles was a fourth grade teacher at the elementary school. Her aunt, Lydia Martinez Delgado, shared photos of the woman on Facebook.

“I’m furious that these shootings continue. these children are innocent. Rifles should not be easily available to all. This is my hometown, a small community of less than 20,000,” Delgado said in a statement, per ABC.

“I never imagined this would happen to especially loved ones … All we can do is pray hard for our country, state, schools, and especially the families of all.”

Mireles has been an educator for 17 years, according to the Uvalde CISD website. She was married to a UCISD officer, had one daughter, and three pets.

Xavier Lopez was also named by family members, who created a GoFundMe to help cover the young boy’s funeral expenses.

Reports of shots fired were called in at 11.32am, according to Texas officials.

Ramos was reportedly shot dead in a stand-off with Texas officials responding to calls of an active shooter in Robb Elementary School in Uvalde.

Texas State Senator Roland Gutierrez, speaking to CNN, confirmed that Ramos shot his grandmother before heading to the elementary school, but that she is “still hanging on” at a San Antonio hospital.

Ramos reportedly abandoned his vehicle and entered the elementary school with a handgun. He may also have had a rifle with him, according to Governor Greg Abbott.

Uvalde Memorial Hospital confirmed they received 13 children for treatment. Two additional students who arrived at UMH were deceased on arrival, the hospital said.

Officials are still working and processing the scene.