PRESIDENT John F Kennedy’s assassination has prompted a variety of bizarre conspiracy theories over the years.

JFK was fatally shot in Dallas on November 22, 1963, and his death immediately sparked widespread speculation — from the infamous “umbrella man” to a CIA “cover-up” and even aliens as theorists speculate about unseen files. 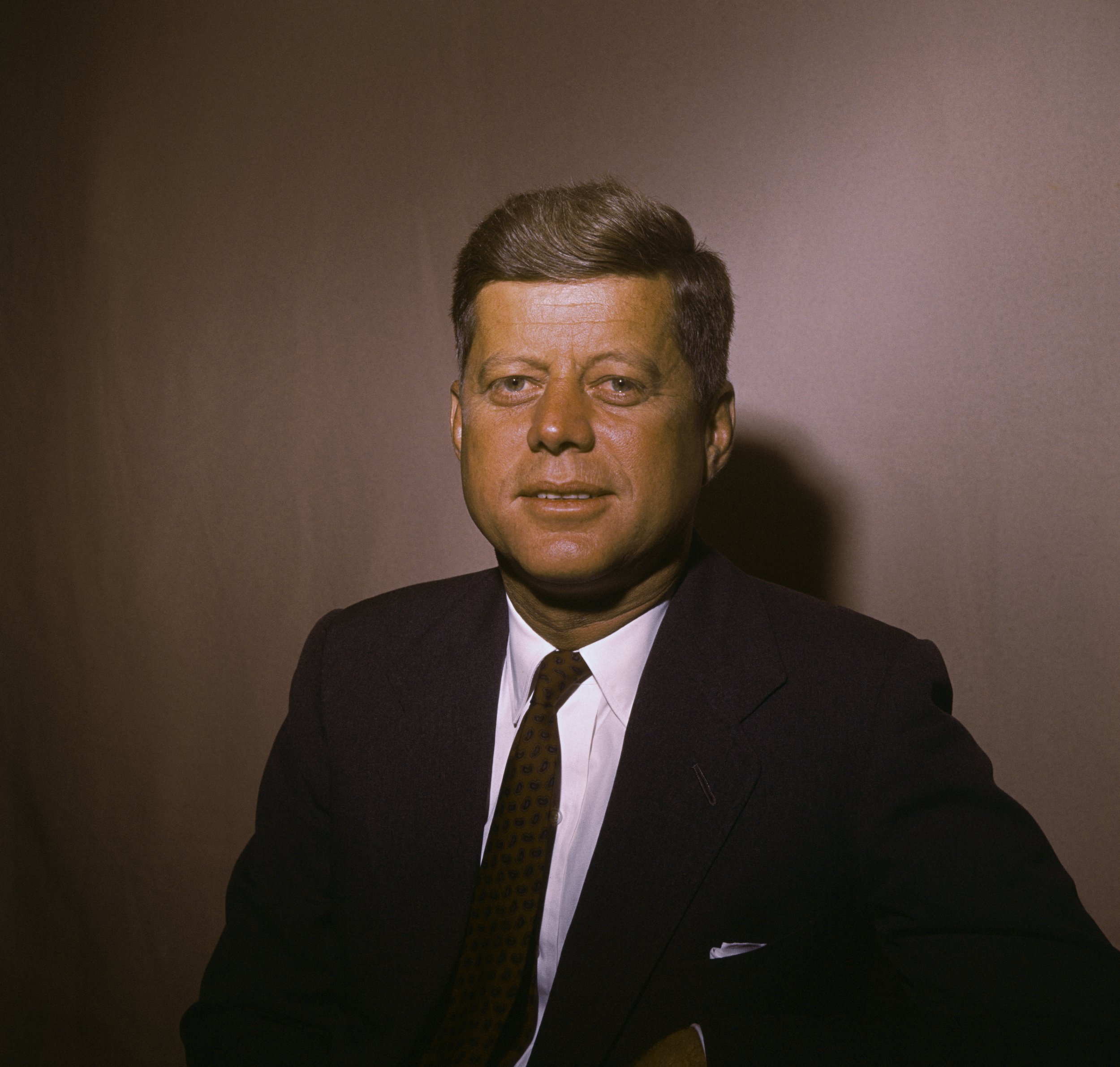 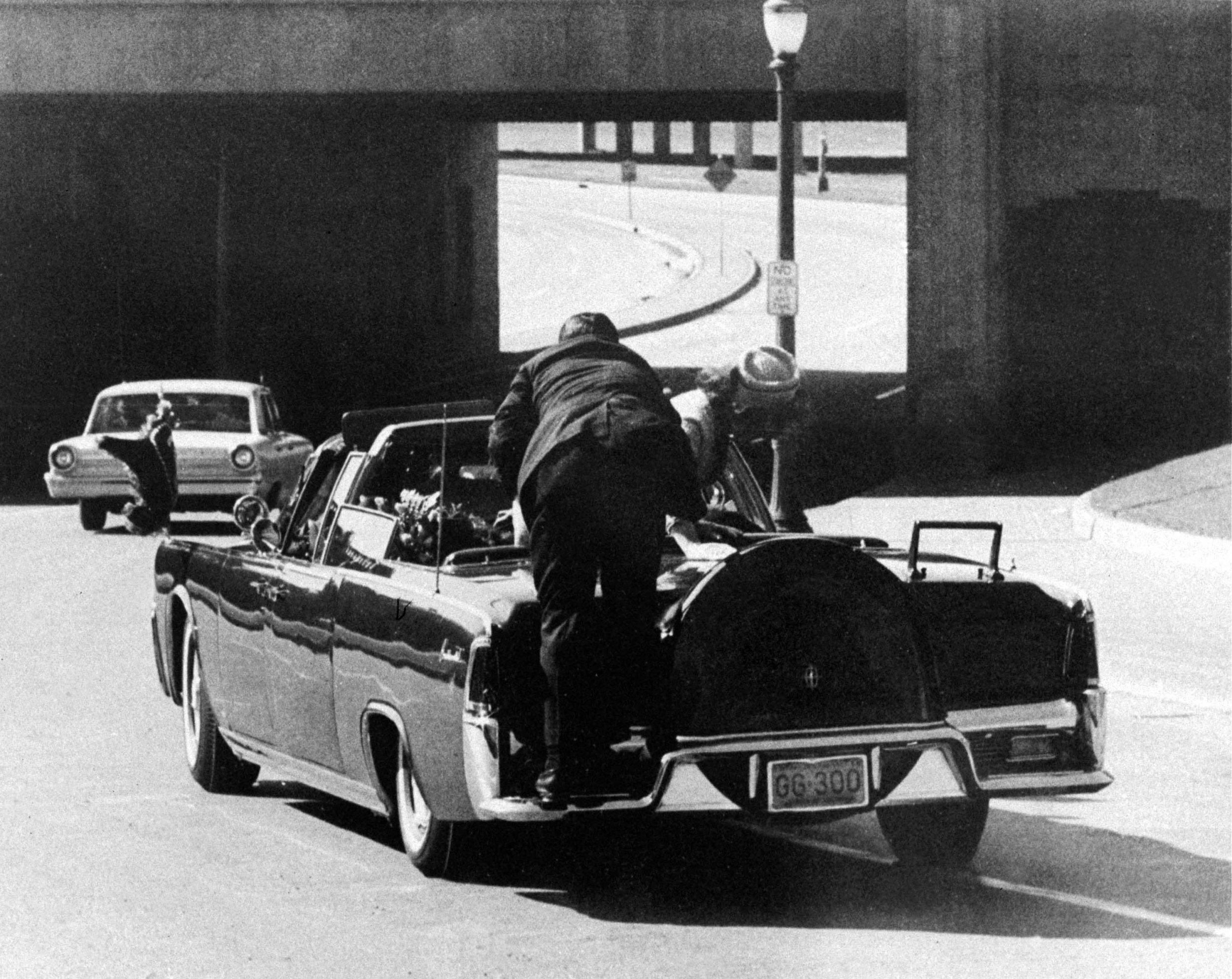 This photo was taken moments after JFK was shot and slumped over on November 22, 1963Credit: AP:Associated Press 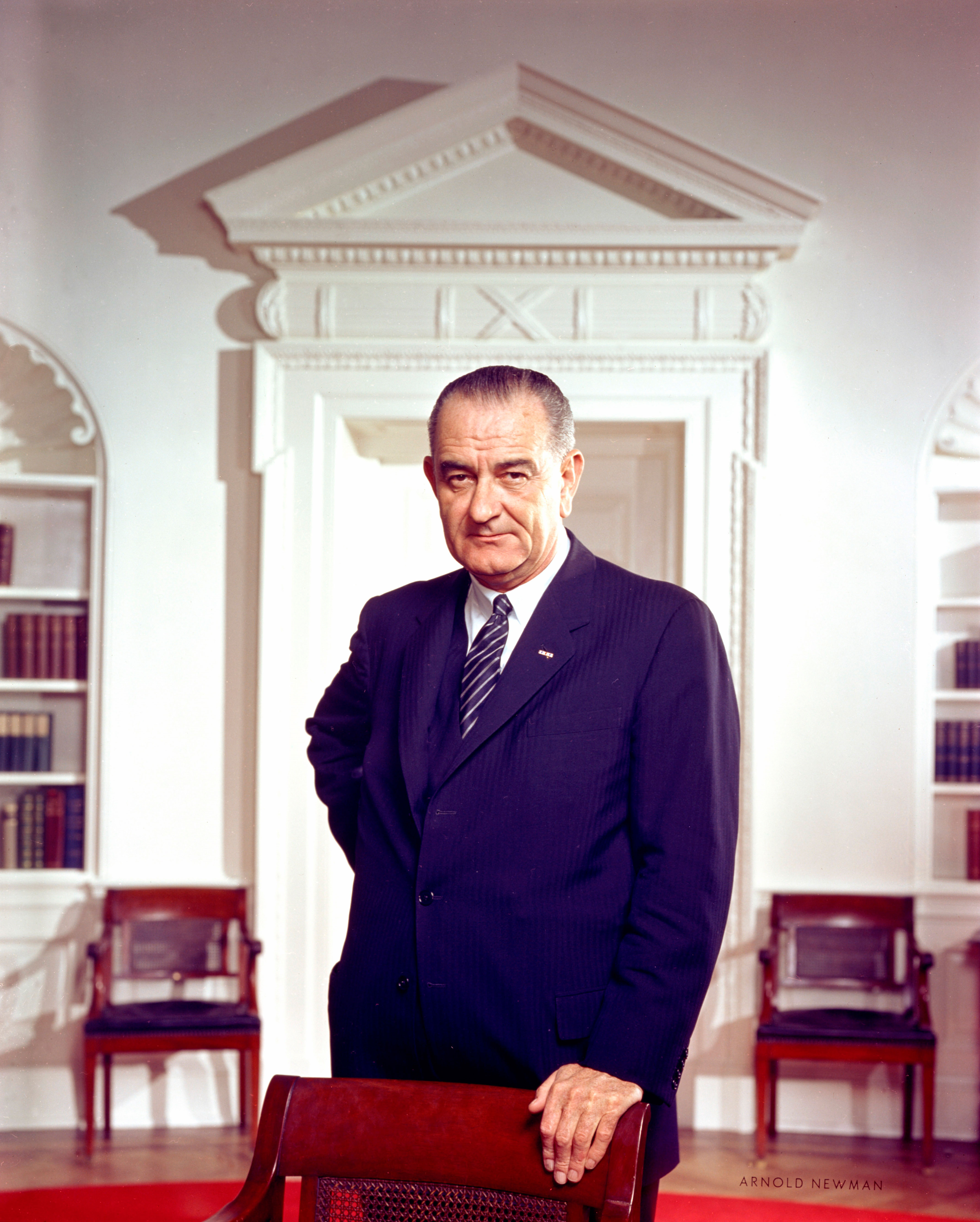 Lyndon B Johnson, who was sworn in as President after Kennedy’s death, is also accused of being a culpritCredit: Alamy

The secrecy around US government documents and the existence of top-secret files linked to the killing has fueled theories that a cover-up took place.

And the Biden administration has a December 15, 2021 deadline to release secret documents to the public.

President John Fitzgerald Kennedy was assassinated in Dallas as he traveled in a motorcade through Dealey Plaza.

Shortly after, gunman Lee Harvey Oswald, a 24-year-old self-proclaimed Marxist, was arrested in a nearby cinema.

He denied shooting anybody, later claiming to reporters that he was a “patsy.”

He was accused of shooting the President dead with a $21 mail-order rifle from a window of the sixth floor of a nearby school textbook warehouse.

Two days after the assassination and his arrest, Oswald was being escorted from Dallas Police Headquarters to county prison.

As he was taken out in front of the world’s media, a man called Jack Ruby stepped forward and shot him dead.

Ruby was later found guilty of murder and sentenced to death. He appealed but died of an illness in jail before his new trial could take place.

The official Warren Commission report in 1964 found that Oswald had been the lone gunman, and another congressional probe in 1979 found no evidence to support the theory that the CIA had been involved.

But some say this was a cover-up.

Some conspiracy theorists have pointed to a mysterious man holding an umbrella and wearing a rain coast as JFK’s motorcade drives down Dealey Plaza.

But it was a dry and warm day in Dallas and “Umbrella Man” was standing close to where Kennedy was shot.

Umbrella Man is described by The Washington Post as the most famous conspiracy theory involving “multiple gunmen centers.”

One speculation is that the Umbrella Man “shot a poison dart into Kennedy’s neck, immobilizing him to allow for Oswald or others to deliver a kill-shot.”

The man under the umbrella was eventually revealed to be Louie Steven Witt.

He also said the umbrella was related to British PM Neville Chamberlain’s umbrella and the conciliation of Hitler and the Nazis.

Some people believe the theory about a second gunman who participated in the shooting from the grassy knoll of Dealey Plaza.

The grassy knoll is a small hill inside Dealey Plaza.

Back in 2018, a research study published in the journal Heliyon found that JFK was not shot from the grassy knoll, based on analysis of video footage.

According to the study: “The findings do not entirely rule out a conspiracy, but they do refute the most prominent theories that the fatal shot was fired from the grassy knoll.

“They also oppose the idea that the Zapruder film proves a conspiracy – in fact, the opposite appears to be true.”

Dr Nicholas Nalli, Senior Research Scientist at IMSG, Inc. and study author, said: “I found that the Zapruder film shows President Kennedy being shot from behind and not from the infamous grassy knoll, in corroboration of the official autopsy findings – that’s the only ‘smoking gun’ in the film.

“The historical fact of the matter is that the US federal government investigations were comprised of upstanding civil servants of high ethical standards who, in spite of difficult circumstances, by-and-large got the basics of the case correct.”

The vice-president, Lyndon B Johnson, who was sworn in as President after Kennedy’s death, has also been accused of being involved in the assassination by conspiracy theorists.

Some have suggested he wanted to cover up scandals or take control of the country in a coup.

According to CNN, conspiracy researcher Dave Perry slammed this theory as being “based primarily on statements made by Madeleine Brown.”

Brown claimed she had an affair with Johnson and that he attended a party with ex-Vice President Richard Nixon and FBI Director J. Edgar Hoover one day before the assassination.

Perry explained that Brown was told by LBJ: “After tomorrow, those Kennedys will never embarrass me again. That’s no threat. That’s a promise.”

“We’ve found no evidence, and we know that all the stuff that Madeleine Brown said was contrived,” he said.

OSCAR-winning director Oliver Stone has directed a second film about the “cover-up” that followed the shooting on November 22, 1963.

Stone insists the idea that the CIA — America’s Central Intelligence Agency — has hidden the truth is no longer a conspiracy theory, but a “conspiracy fact.”

He has interviewed historians, forensics experts and people intimately involved with the case to make a documentary, JFK Revisited.

Some of the evidence came about as a result of his 1991 film, which was nominated for eight Oscars and won two.

The furor it sparked was enough to convince the US authorities to gradually release documents about the assassination which were supposed to remain classified until 2029.

It is a mystery that has gripped him from the moment the news shook the planet. Stone, who was 17 at the time, says: “When you murder a US president in broad daylight in front of the whole world, people sensed right away there were larger forces than one man at work.”

Meanwhile, Dave Perry told CNN that he has yet to debunk the theory claiming the CIA was “involved.”

Perry said: “Supposedly Kennedy was fed up with the shenanigans that the CIA was pulling.

“He found out the CIA was trying to kill (Cuban leader Fidel) Castro, which is a fact.

“So the argument is that the CIA felt that Kennedy was going to disband them. And as a result of that, they were the ones that ordered the killing of Kennedy.”

Some theorists even believe a secret alien base played a role in the assassination.

According to Spyscape, former US radio personality Milton William Cooper shared the news about an alien base he claimed was on the moon dubbed Project Luna.

Cooper pushed the conspiracy theory about JFK getting assassinated by an alleged “gas pressure device.”

He said the driver of the president’s limo was supplied by the aliens due to JFK preparing to uncover Washington-alien collusion. 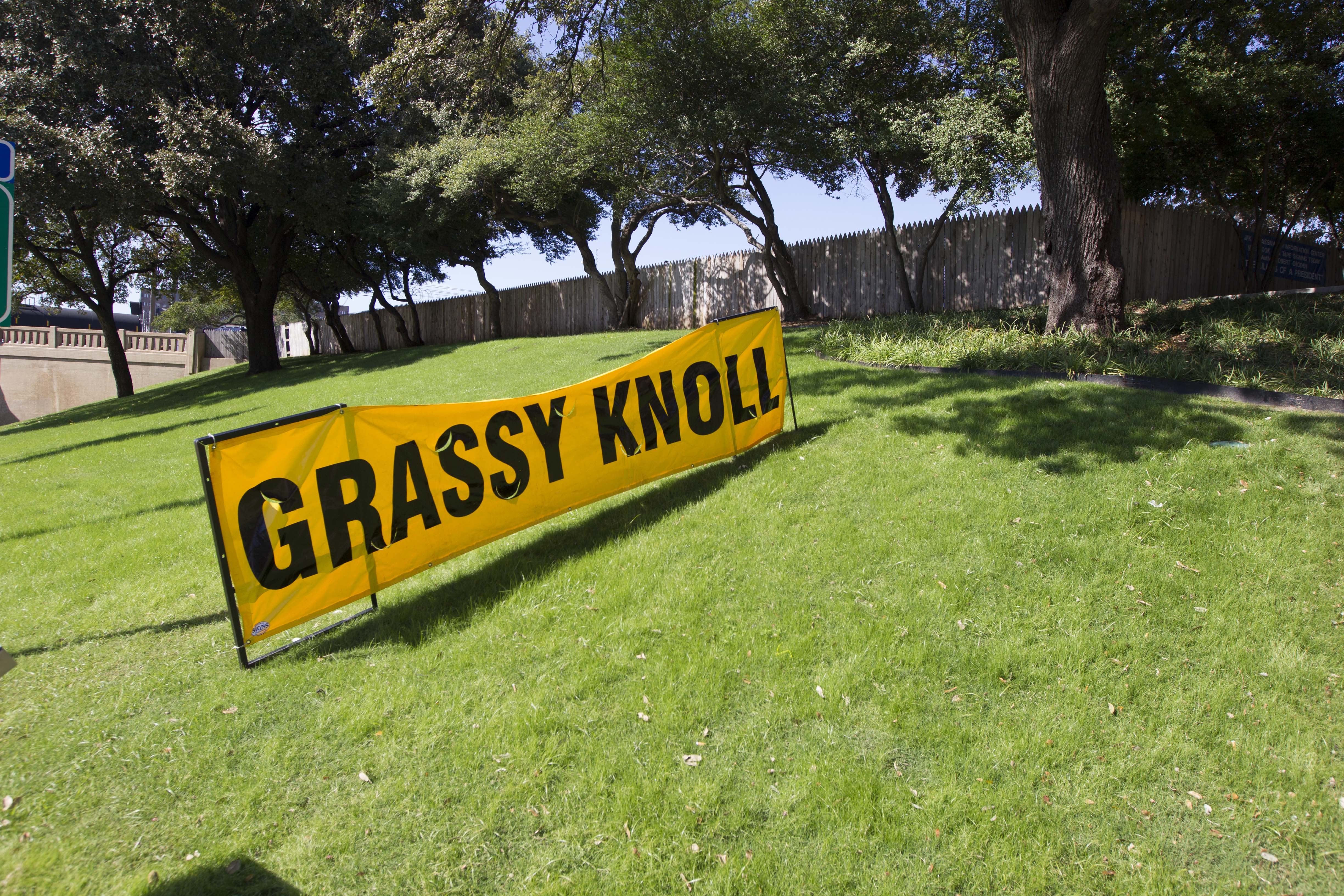 Some people believe the theory about a second gunman who participated in the shooting from the grassy knoll of Dealey PlazaCredit: Nick Obank – The Sun 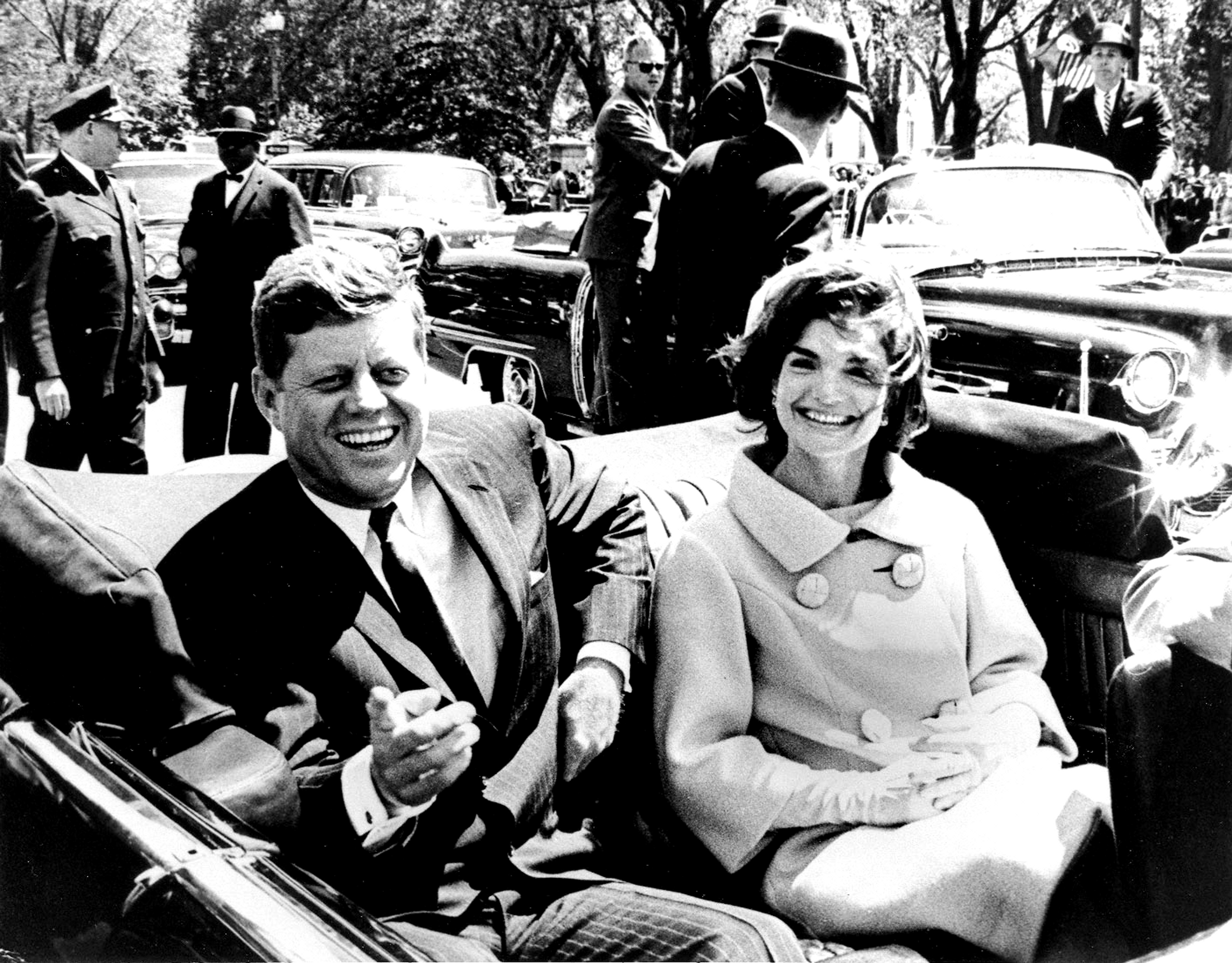 US President John F Kennedy and Jacqueline Kennedy sit in a car on May 3, 1961Credit: Getty 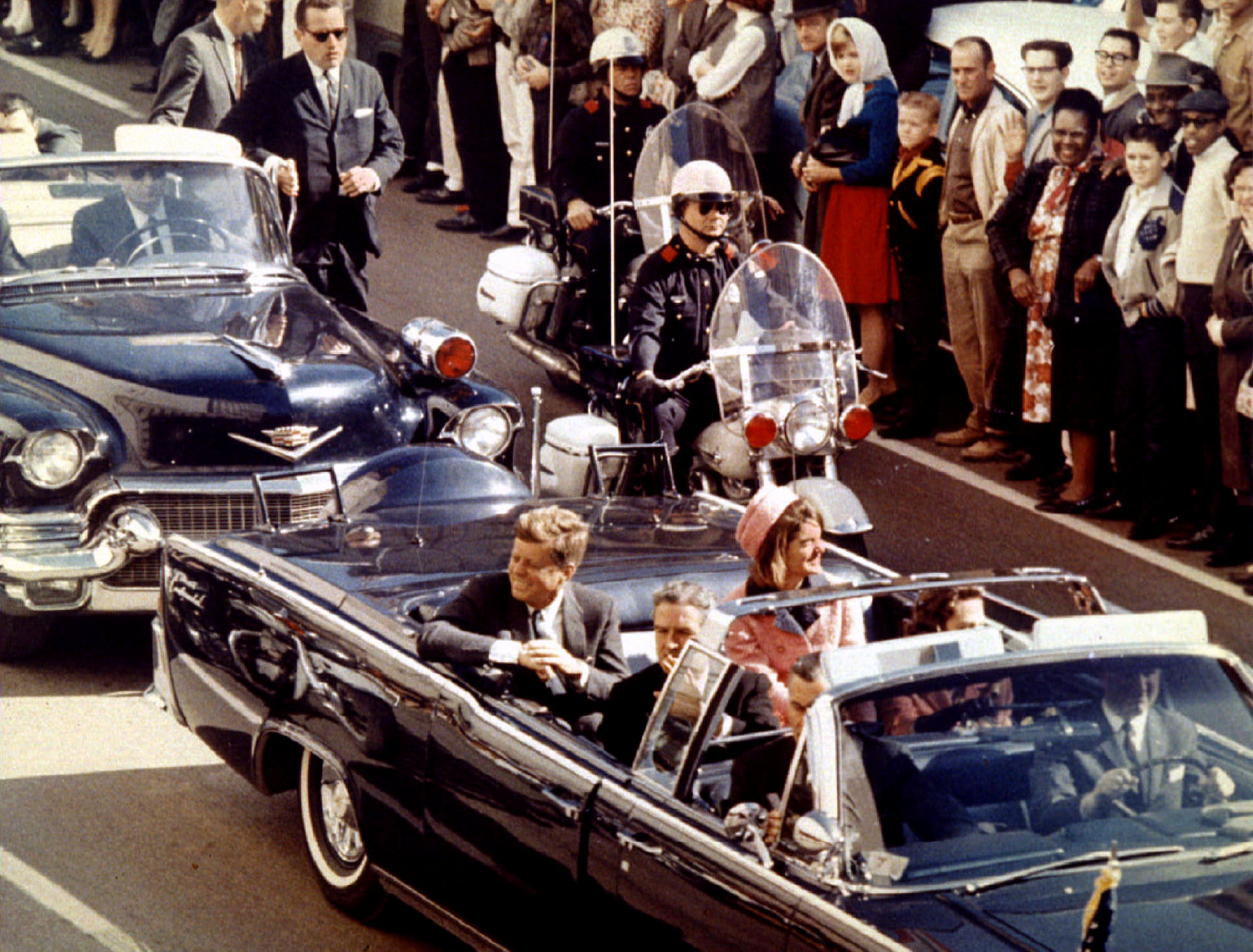