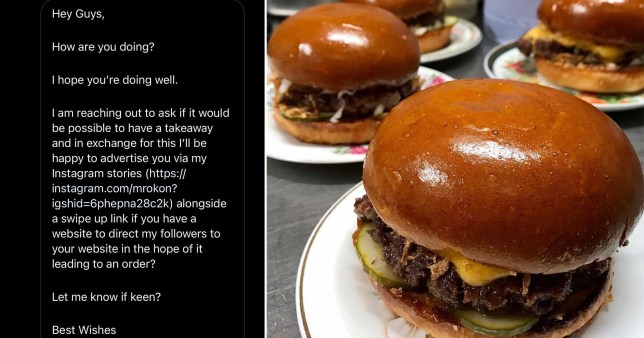 There’s nothing like influencers behaving badly to tickle people.

And one content creator’s brazen antics has been doing the rounds recently.

When a British influencer asked a London restaurant for freebie meals, the establishment decided to have some fun.

Not only had the social media personality asked for a meal for themselves in exchange for ‘exposure’, they expected food for their whole bubble of four other people.

The business, Four Legs – which operates at a pub called The Compton Arms – misdirected the influencer to teach them a lesson.

Chefs Ed McIlroy and Jamie Allan had some fun with the whole thing, pretending they would arrange freebie meals.

They directed the influencer ostensibly towards the restaurant to pick up the food.

But at the last minute, they told the content creator to head into the police station and report themselves ‘for crimes against the hospitality industry’. 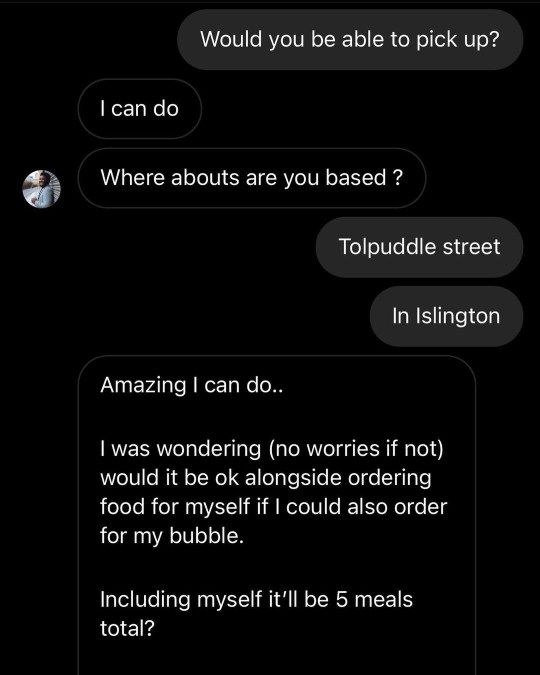 The influencer reached out to Four Legs via Instagram, saying: ‘I am reaching out to ask if it would be possible to have a takeaway and in exchange for this, I’ll be happy to advertise you via my Instagram stories alongside a swipe-up link to direct followers to your website.’

They then added: ‘I was wondering (no worries if not) if it would it be ok, alongside ordering food for myself, I could also order for my bubble?

‘Including myself, it’ll be five meals in total?’

Four Legs replied: ‘That’s quite a lot of food, if you could do a couple of posts then we can do – you’ve got a lot of followers,’ before adding ‘thanks man, it’s really appreciated’.

They then continued the ruse by directing the influencer towards the restaurant.

Once the person was nearby, the chefs wrote: ‘Do you see the police station? Head up there. Let me know when you see them. Go in there and report yourself for crimes against the hospitality industry’. 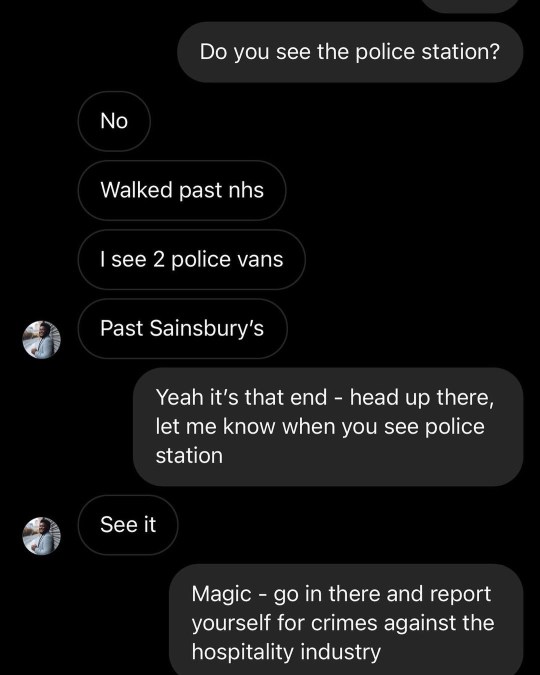 Many people slammed the influencer and made fun of them.

One person wrote: ‘If you guys make me a free burger I’ll scream the name of your restaurant from my balcony for 30 minutes’.

The viral post also resulted in more people pledging to support the Islington-based business in future.

One person said: ‘Ironically this blowing up has inadvertently caused so much traffic towards your insta. I look forward to ordering / dining with you when you’re open with actual cash and not influencer imaginary Monopoly money’.