MANY women feel insecure about their bodies.

Women with curves often want a thinner look, and skinny women often wish they had a bigger backside and fuller boobs. 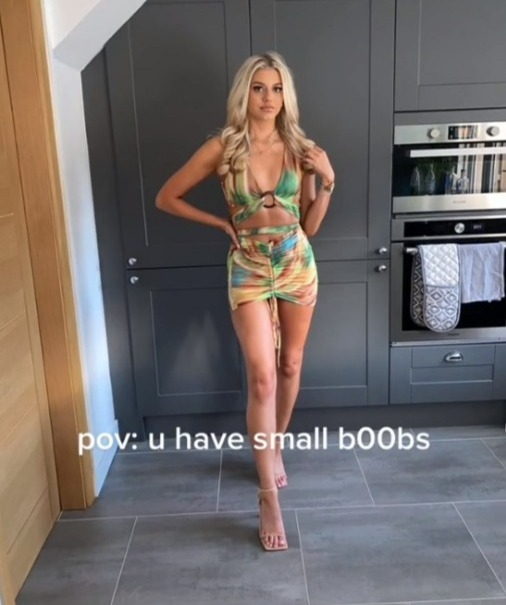 A woman said she often gets trolled for her small chestCredit: TikTok/madeline131330 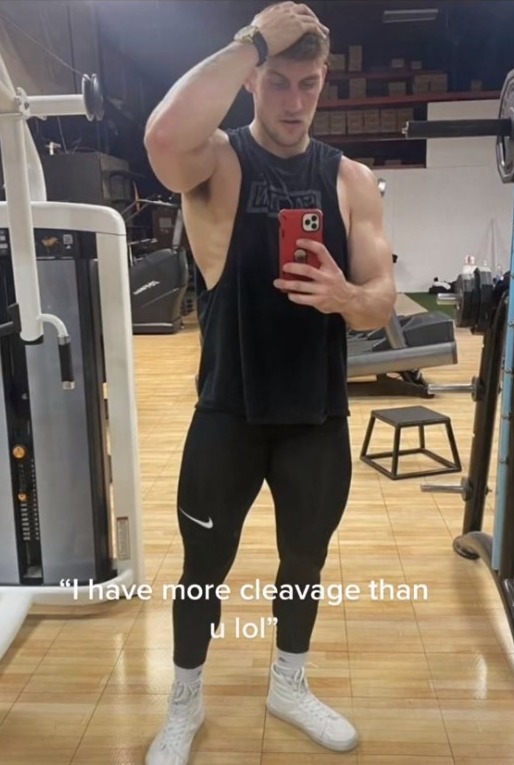 Men have made rude comments to her about her boob sizeCredit: TikTok/madeline131330

One woman named Madeline Hulton, who goes by @madeline131330 on TikTok, said she often hears rude, uncalled-for comments about her body – and others in her position can definitely relate.

Posing in a fitted dress, Madeline said: “POV: you have small boobs.”

She then revealed a series of photos accompanying the comments she gets.

“At least they won’t get saggy,” is one line she’s heard.

“I have more cleavage than you lol,” is something a male has told her.

From women with big boobs, she’s heard: “Oh my God, I WISH mine were small.”

Men have pointed out her resemblance to them: “Haha you look like a boy.”

Women have tried to give her false hope, saying, “They might still grow in,” although she’s already an adult out of puberty.

And lastly, older females have told her she’s blessed: “You’re lucky you won’t have back pain.”

The clip received nearly 500k likes and thousands of comments praising her for her relatability.

“Don’t forget the ‘At least you look cuter in bralettes,’” one woman commented.

“The girls like, ‘I wish mine were smaller because you get to wear cute tops’ enrage me. It’s so backhanded,” complained another.

“You forgot the friend with massive ones saying, ‘You can have some of mine,’” a third chimed.

And a fourth person pointed out the negative feelings these comments stir up: “It literally feels so invalidating. Like I’m not allowed to feel insecure about my body.” 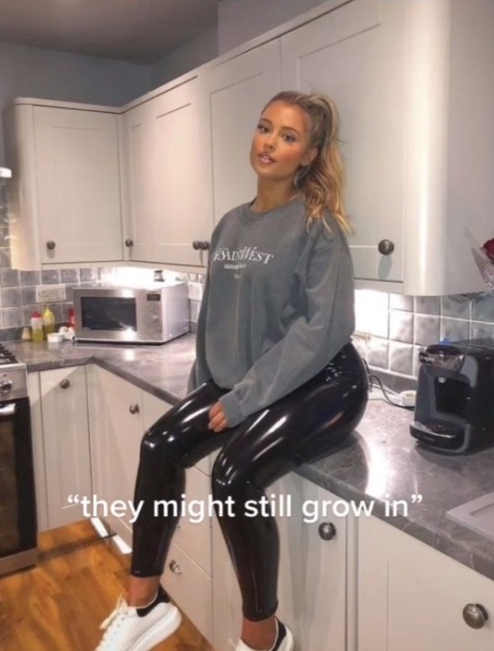 Reporter hugged by tearful Ukrainians in touching clip from Kherson