But for mum-of-three Alice Payne, her passion for Disney is much much more than a passing phase – it’s a way of life. 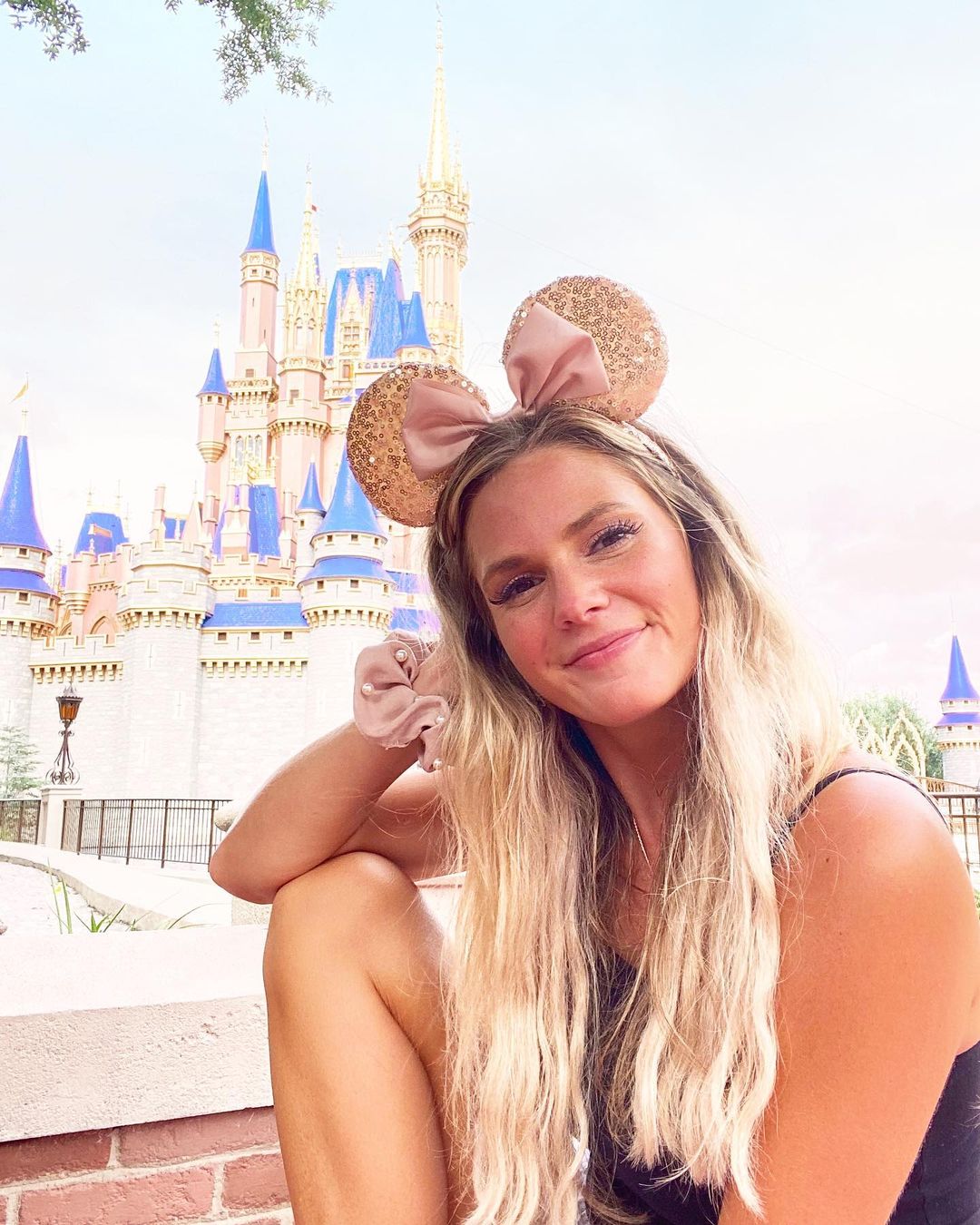 Alice spends £2k every year on hundreds of trips to Disneyworld in FloridaCredit: aliceclarkpayne/Instagram

When she was pregnant with her third child in 2019, Alice, 26, and her husband Austin, 27, uprooted their lives in South Carolina and moved 500 miles to Florida so they could be a stone’s throw away from Disneyworld.

Speaking exclusively to Fabulous, Alice said: “People told me that we were nuts to do it but I didn’t care. “

“I love everything about Disneyland. I love the magic. I could go and sit in front of the castle forever – especially if I’m having a bad day.

“And seeing it through my kids’ eyes is really sweet and that’s why we kept going.” 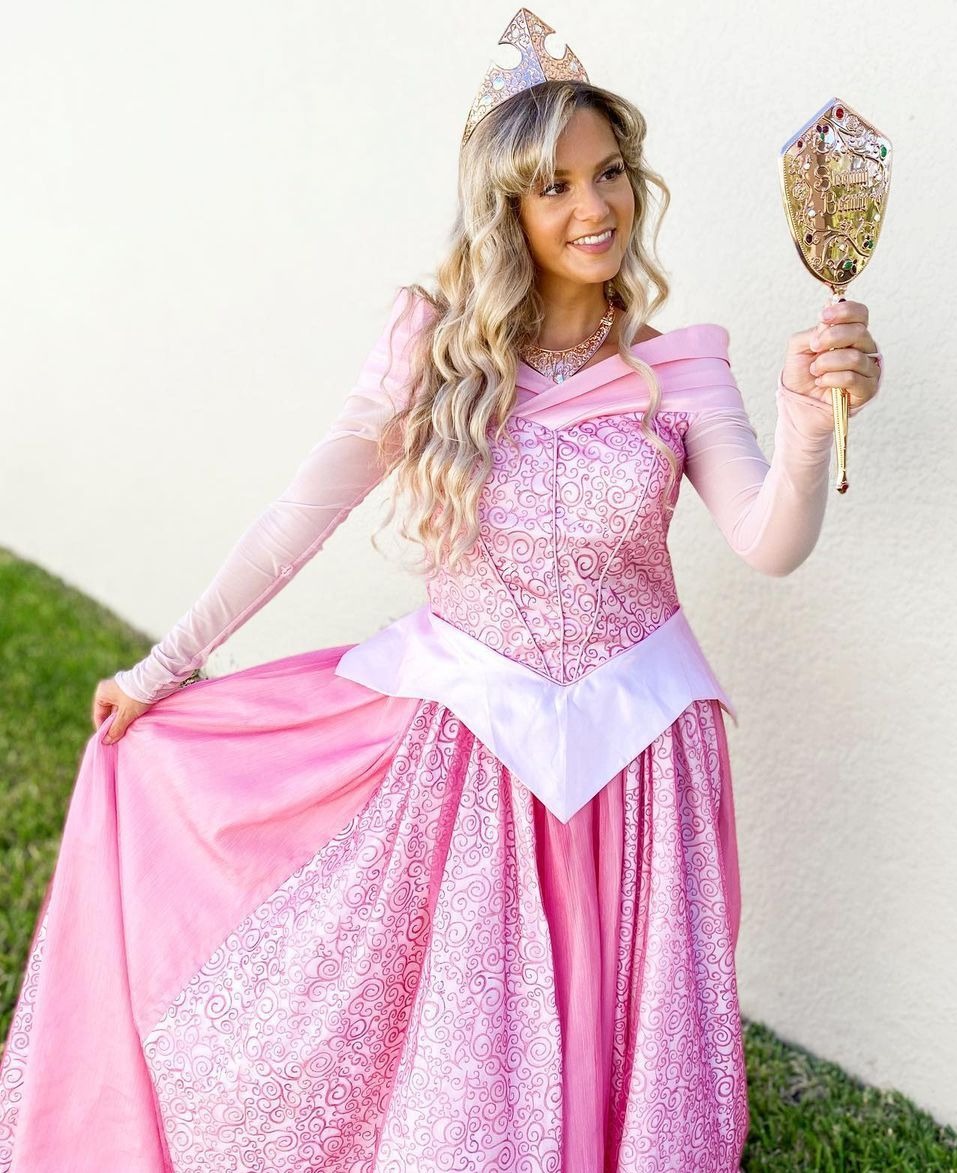 Alice loves dressing up as her favourite princess AuroraCredit: aliceclarkpayne/Instagram 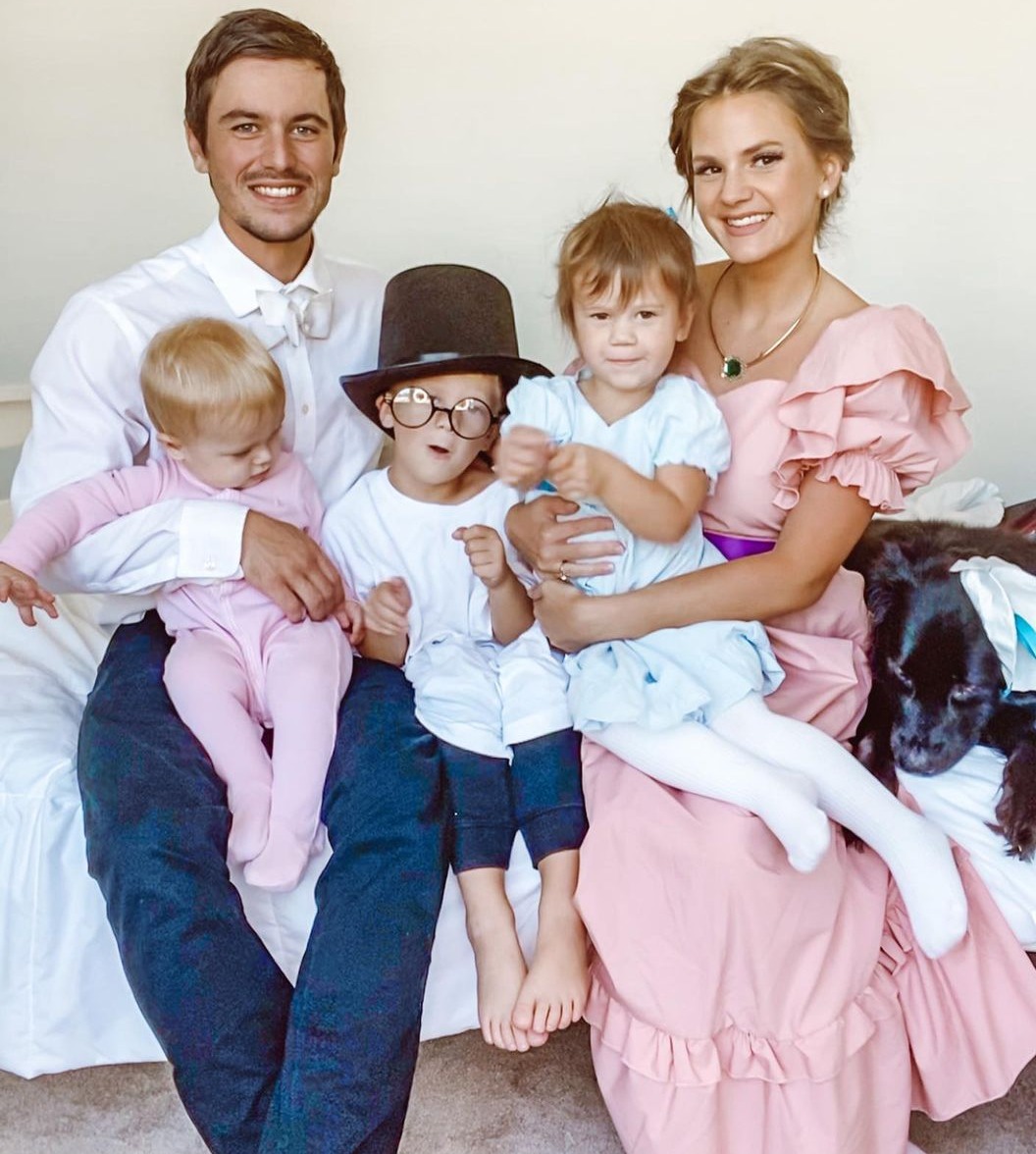 When she was pregnant with her youngest child, Alice and Austin moved 500 miles away from home to be near DisneyworldCredit: aliceclarkpayne/Instagram

Before their cross-country move, the family had been squeezing the 18-hour round-trip into a single weekend every month – which involved regularly getting up at 5am to make it to the sprawling 27,000 acre park by lunch time.

And with baby Van on the way, Alice knew she wanted to put down roots near the most magical place on earth.

“We were down here so much that we just decided to move,” Alice said. “It just made sense to us. I’d always be sad and crying on the car journey back to South Carolina.

“One of my favourite Sleeping Beauty quotes is ‘if you dream a thing more than once, it’s sure to come true’ and that’s actually something I used to help us when we moved closer to Disney.

“Our friends and family were supportive. They miss us and we miss them obviously – but they love Disney too so they get it. 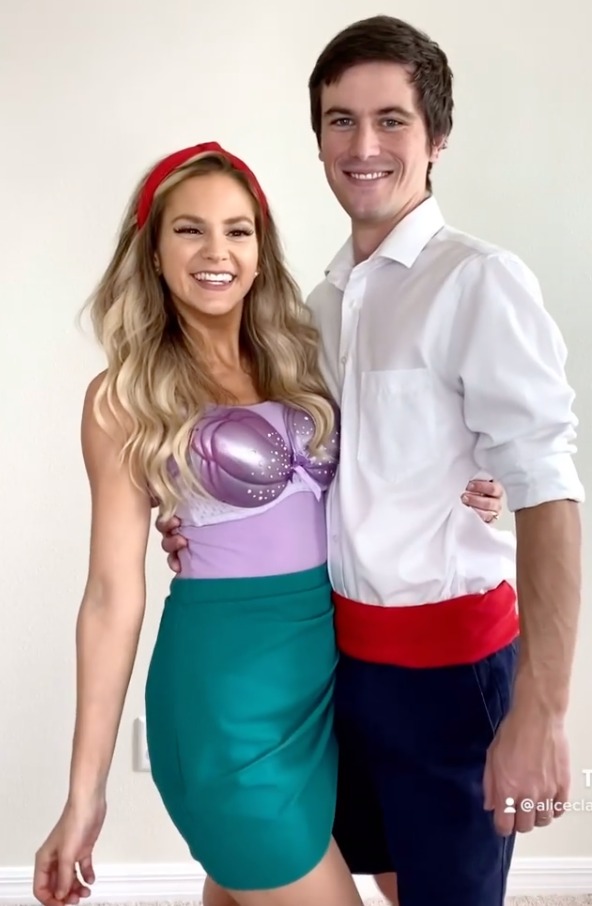 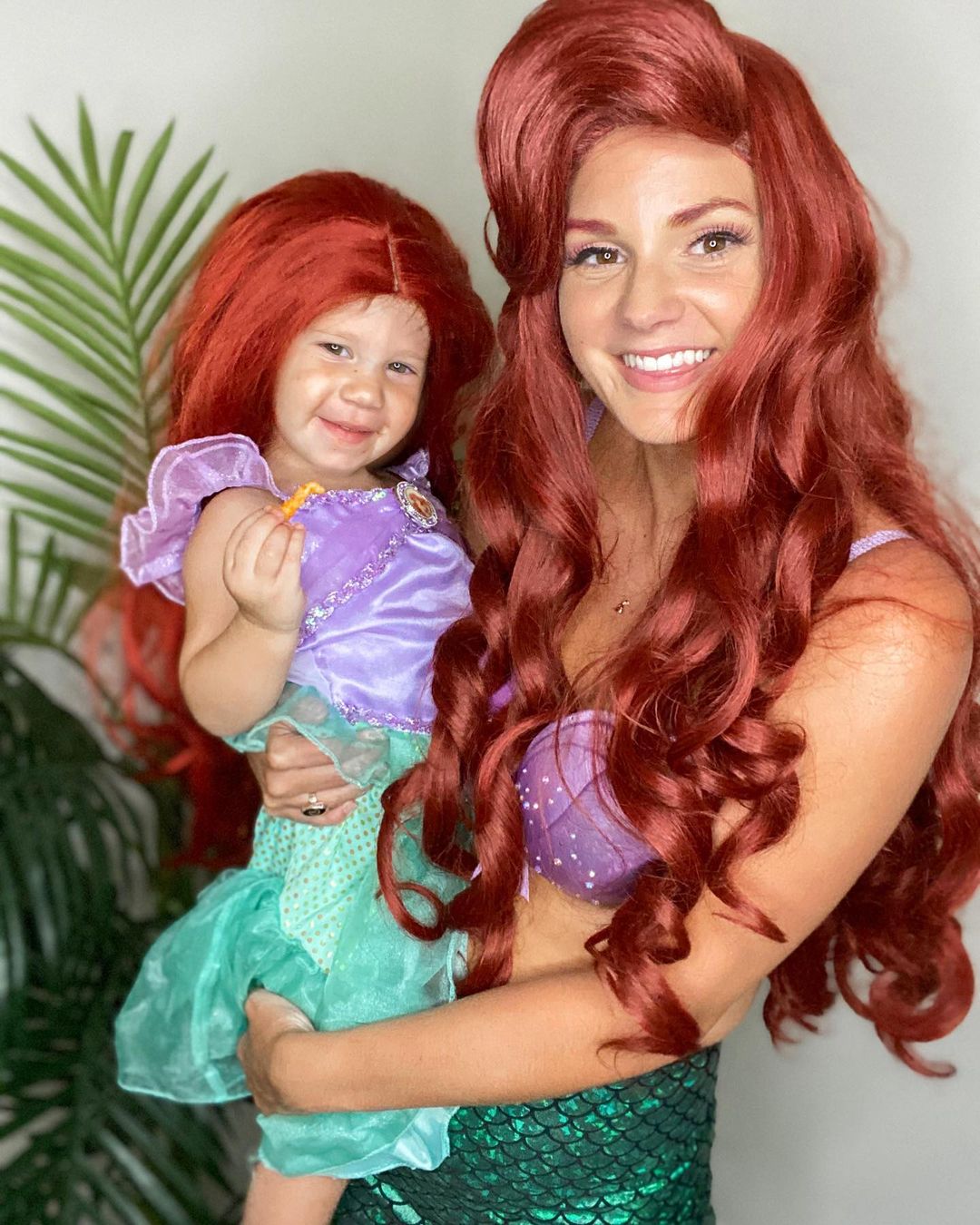 Alice and her daughter Calla, two, dressed up as Ariel from The Little MermaidCredit: aliceclarkpayne/Instagram

“It’s about a 20 minute drive away. We chose the house because it’s so close. It was little out of our budget but we made it work.”

Growing up at the height of Disney Princess’ popularity in the mid-1990s, Alice and her three sisters were all obsessed with the movies.

She said: “Disney Channel and the Princess movies were constantly on in the background.

“We’d watch them everyday. I didn’t have one favourite princess growing up – I loved them all. But Aurora [Sleeping Beauty] started out as my favourite because I love pink and I think I look the most like her.

“But then I fell in love with her story. I love that she and Phillip met when she was a baby and then reconnected without knowing each other.” 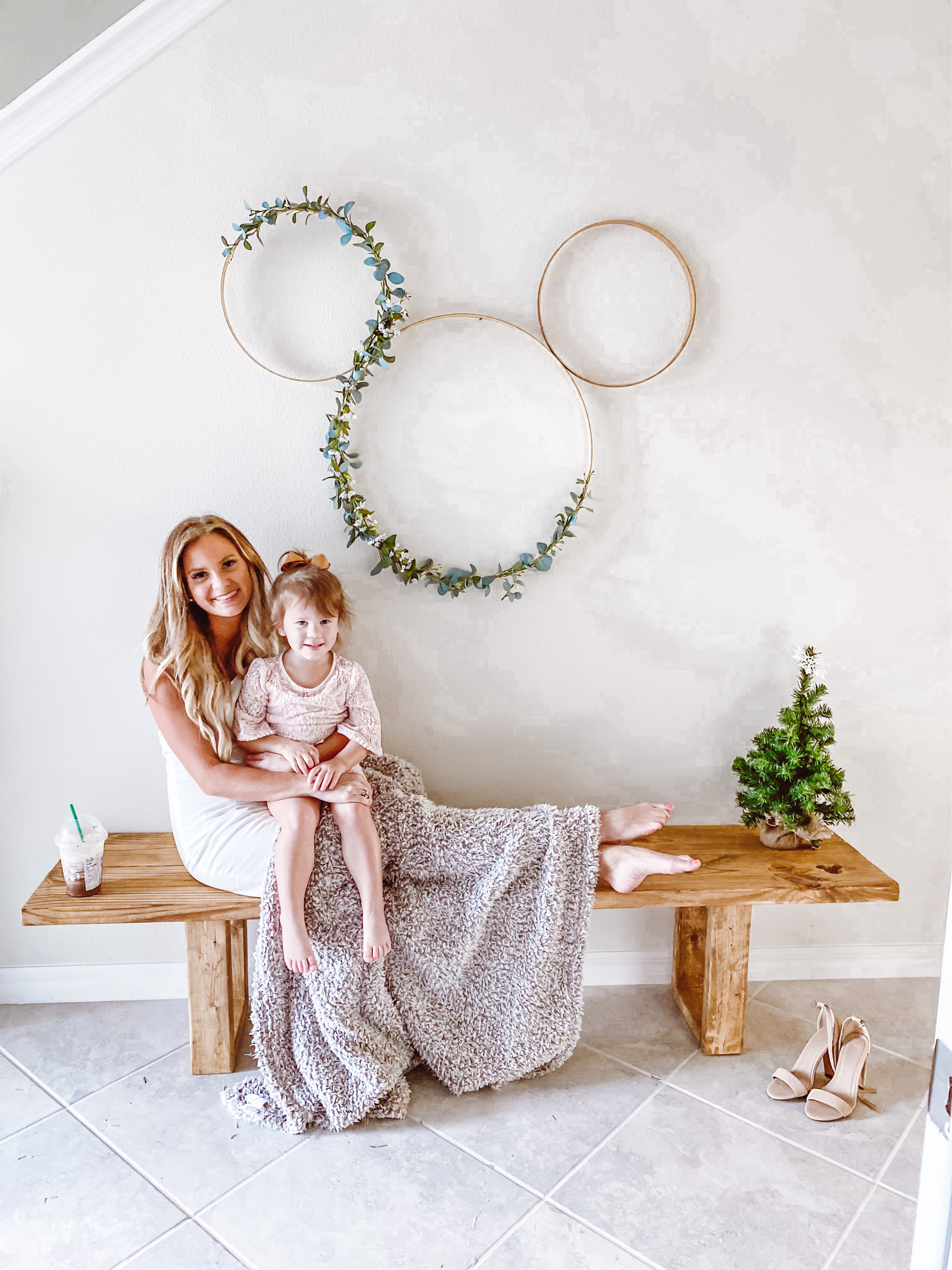 Alice and Austin picked their new home because of its proximity to DisneyworldCredit: Supplied 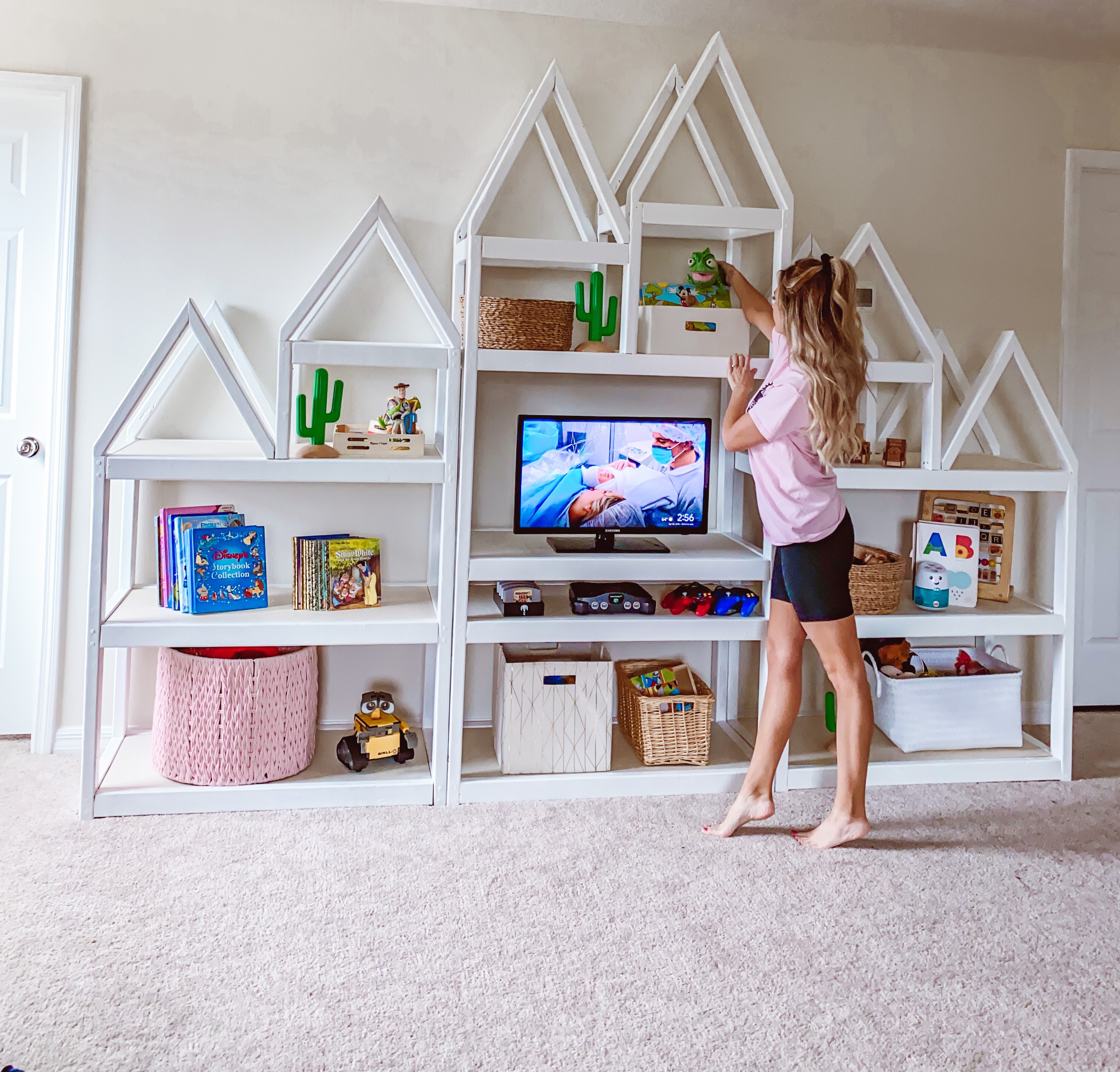 Alice has incorporated Disney into her interiors tooCredit: Supplied 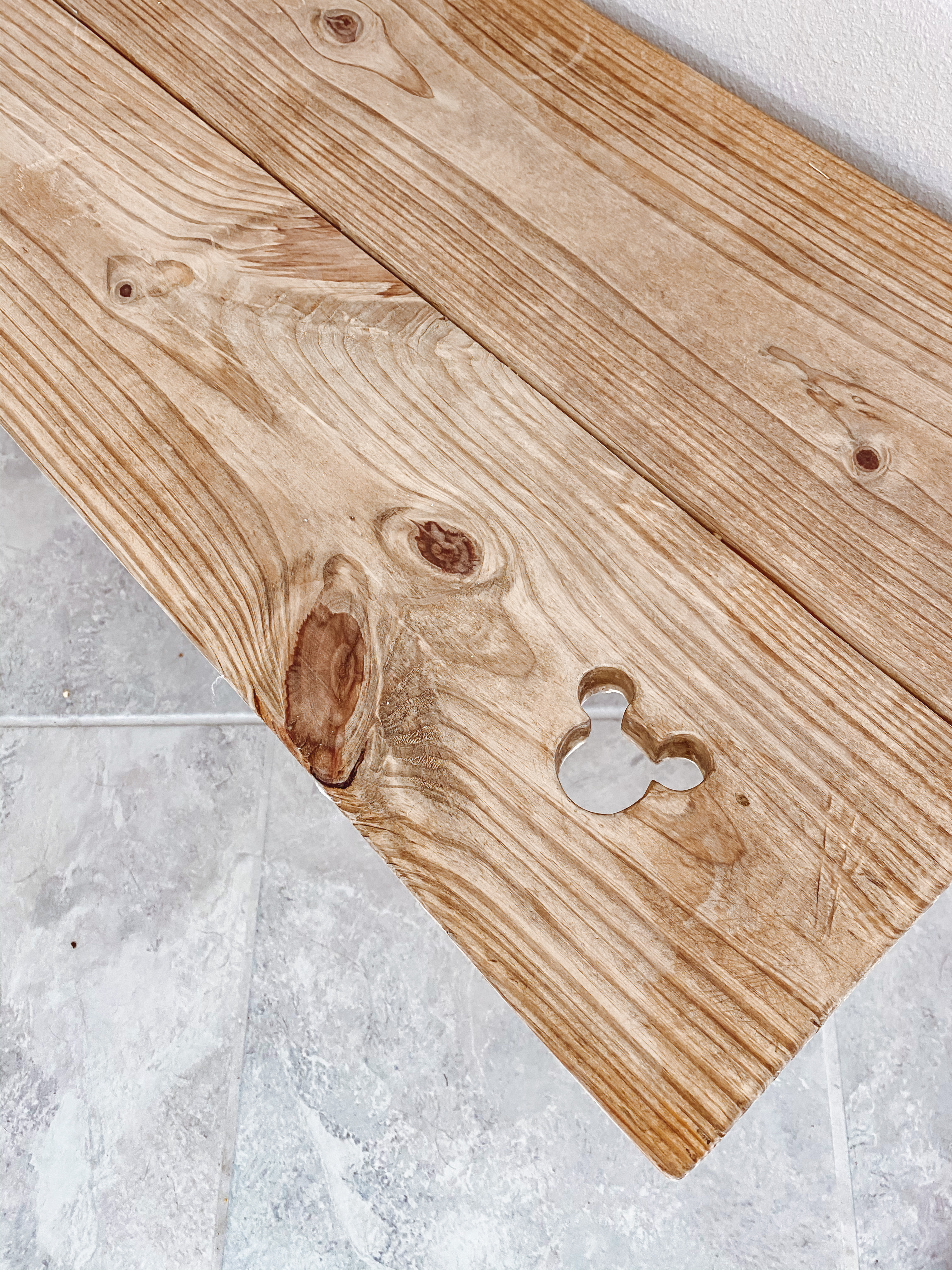 However, the family would only make the 500 mile trip to Florida every other year – and once the girls were teenagers, they started going to Universal Studios nearby instead.

This is part of the reason Alice and Austin spent their honeymoon at Disneyworld when they tied the knot in 2015.

“We just wanted to be kids for our honeymoon,” Alice said. “We wanted to meet all the characters and ride all the rides. It was really magical.

“We stayed for about a week and we actually added another day to our honeymoon because we didn’t want to leave!”

Flash forward six years and Alice now takes the couple’s three children up to five times a week – and the family’s annual passes sets them back $2,700 [£2,000] every year. 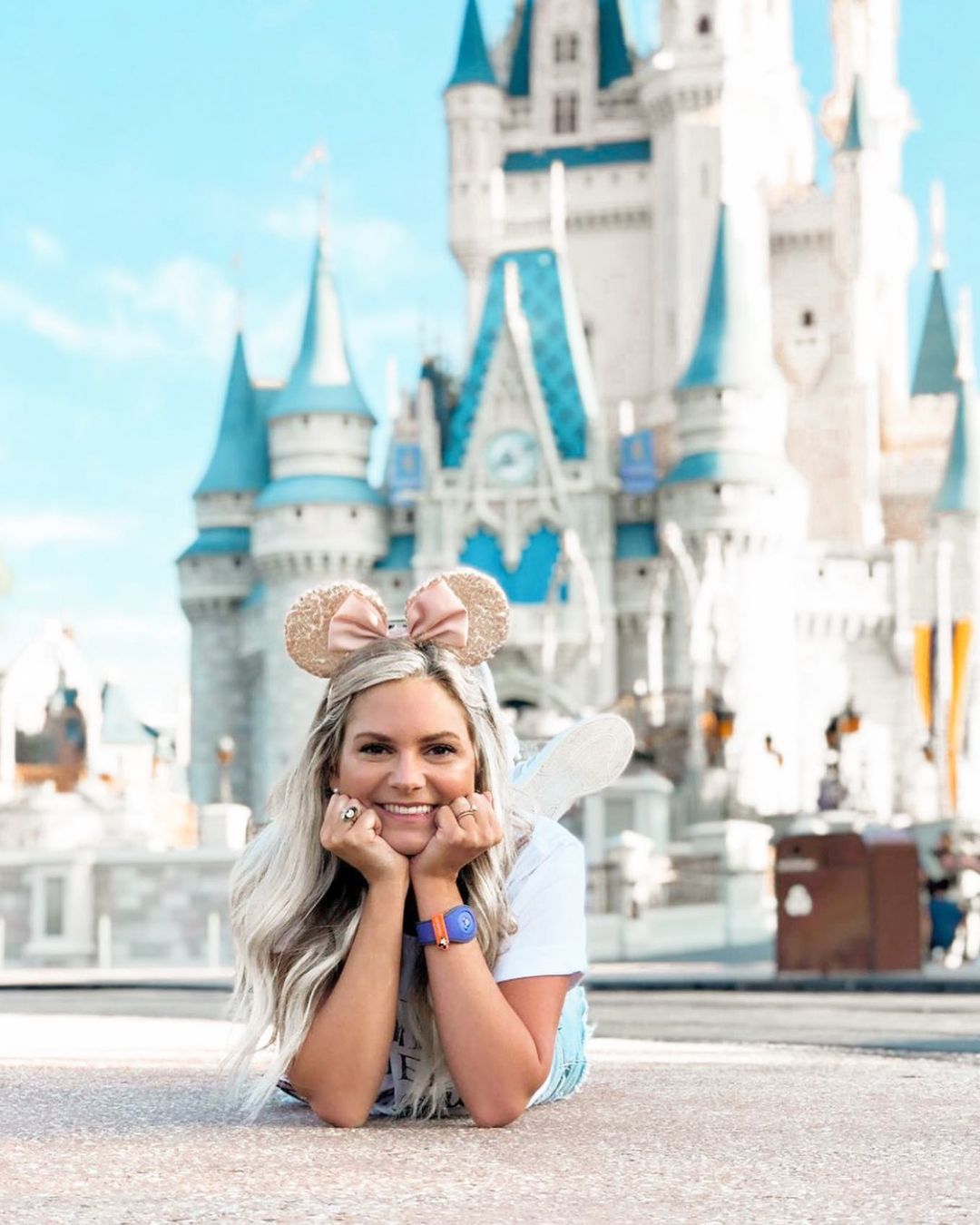 The family visit the park five times a weekCredit: aliceclarkpayne/Instagram 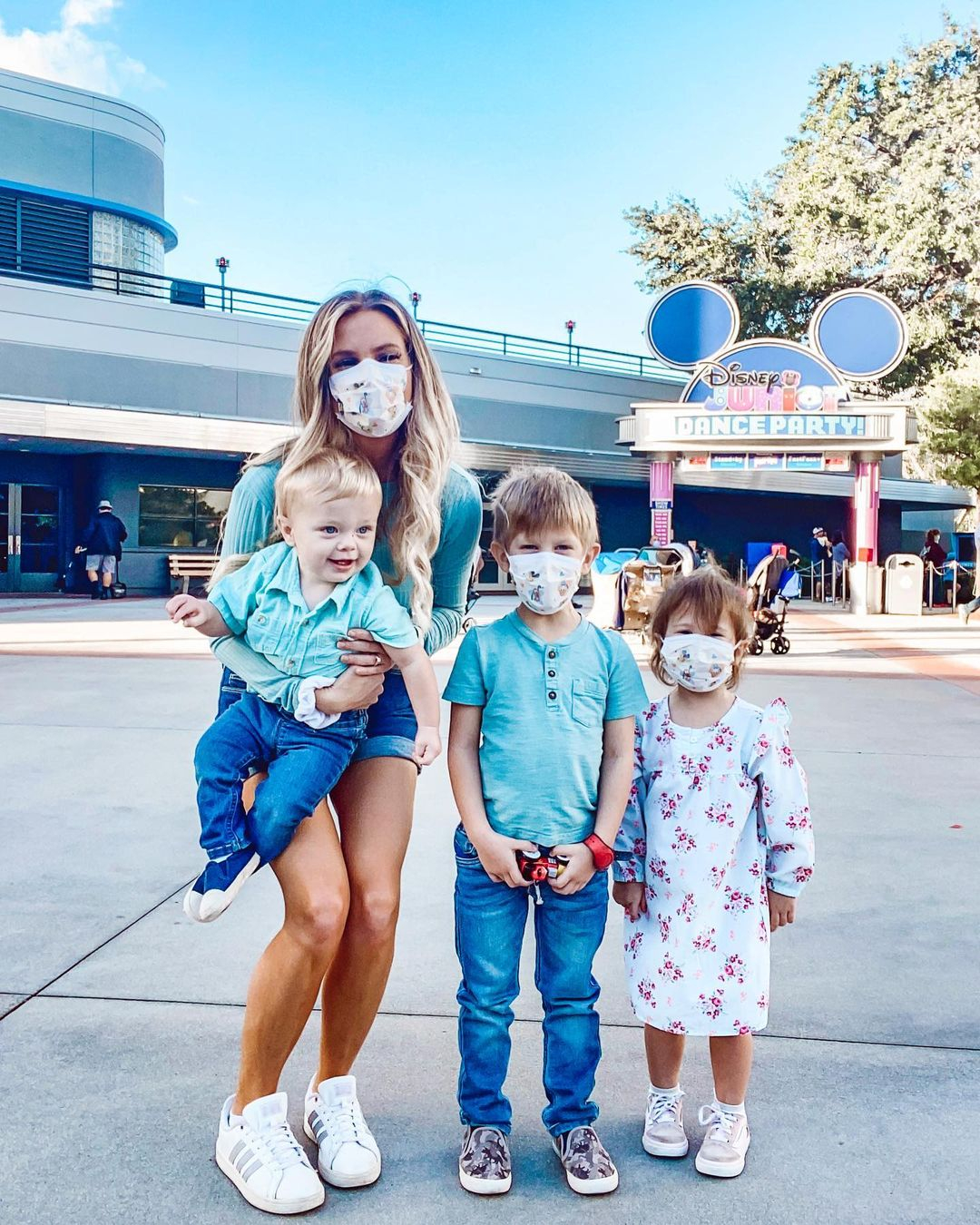 In order to keep costs low, Alice will bring her own food into the park and takes the kids between their morning nap and dinner to avoid crowds.

“Mornings are hard with three kids so I don’t like to go then,” Alice said. “And then they have their nap and I’m counting down the minutes until we can go.”

If anything, Alice actually finds it easier to manage the kids while at the park compared to when they’re in the house and their trips usually last three hours.

Disneyland is more than just for kids. It makes me feel better as an adult. I feel safer there right now than in a grocery store.

She explained: “They hate the feeling of being stuck and not having anything to do so they just tornado all the toys in the house.

“We like to go on the rides but we also like to sit and look out for the little parades that come and say hi to characters. We don’t have a schedule, every time is different and magical.”

Unsurprisingly, there are times when the kids are fussed about going – and on those rare occasions, Alice will happily go by herself.

“If my husband is home, I do sometimes go on my own if I need it mentally and just have to get out of the house. 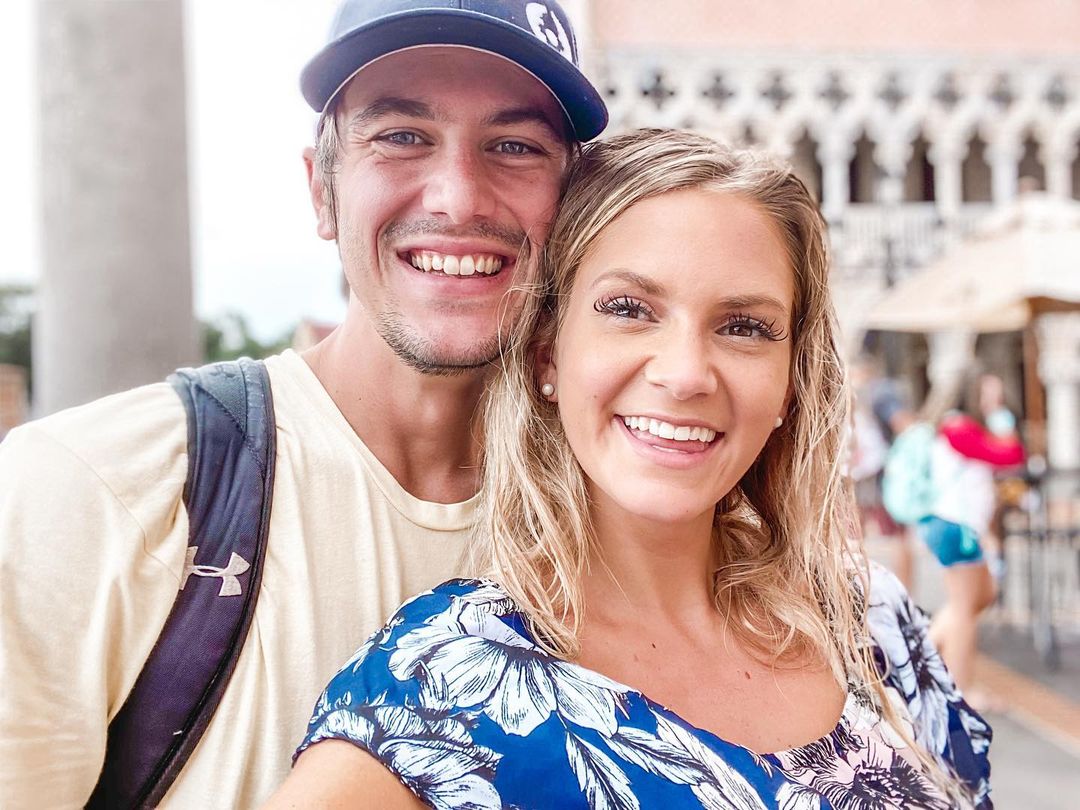 “I don’t like to leave them though as it makes me even more sad that they’re not there.

“Disneyland is more than just for kids. All I know is that for me, it makes me feel better as an adult.”

That said, Alice’s Disneyland trips were put on hold indefinitely back in March 2020 when the coronavirus crisis took hold.

“At first, I had some peace knowing that it wasn’t just me who couldn’t go,” Alice recalled. “But when the parks started re-opening, you had to make reservations and that was like The Hunger Games. That was really upsetting.

“It’s a lot better now and I feel so safe there. Everyone is keeping their distance and wearing masks. And the cast members are so great at keeping everybody safe. I feel safer there than going to the grocery store.”

To cope with the drastic change in routine during the pandemic, Alice began making videos on TikTok to document her love of Disney – and in less than a year, she’s gained an incredible 241,000 followers.

She explained: “As soon as the parks closed in March, I joined TikTok as I needed something to keep me busy. I started doing lots of Disney character-inspired outfits and that’s how I started.

“Then when they opened, I started vlogging me taking my kids and now I’m just all over the place with what I’m filming. And it was all because I was just stuck in the house. Austin loves my TikToks – he’s the one who wanted me to do it!”

When they’re allowed to travel again, Austin and Alice are planning on taking their young family to Disneyland California and hope to one day cross the pond and visit the park in Paris.

She added: “It’s my dream to visit all the parks!”

And this is how ANYONE can make money on Instagram as an influencer as expert says you only need 200 followers to cash in.

Cardi B Up video drops after success of WAP