A PREGNANT Hooters girl says that customers aren’t put off by her baby belly – and some even tip her way more for it.

TikTok user @taybbitxh has over 45,000 users on the platform, where she creates content based on her job at Hooters. 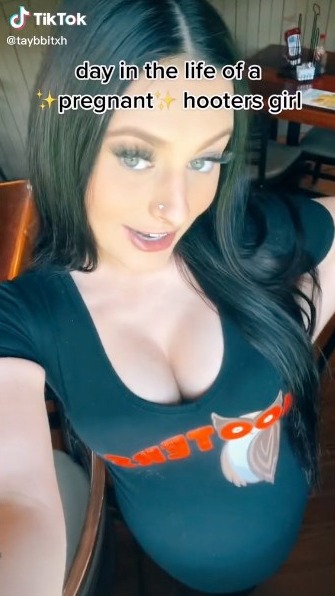 A pregnant Hooters girl says that customers aren’t put off by her baby belly and she even gets bigger tips because of itCredit: TikTok/ taybbitxh

She makes videos that show a day in her life while working at the restaurant – and she didn’t stop after becoming pregnant.

In the videos, she goes over how much she makes in tips per day.

In one video, she reveals that Tuesdays are slower days for her and the crew, adding that there were only four girls working on the floor that day.

“I don’t expect to get a whole lot of money, but hopefully it will still be a good day,” she said. 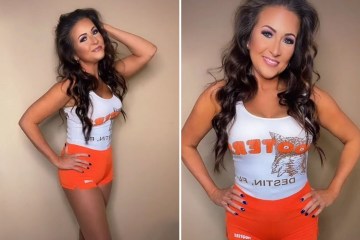 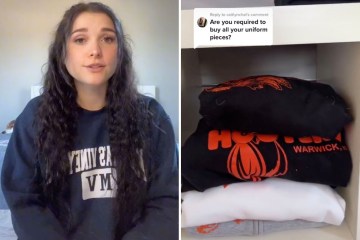 Throughout the video, she tells viewers how much each customer tips compared to how much their order was.

For example, one customer’s total order was $20.83 and he paid with a $100 bill while telling the creator to keep the change.

She took a table of 35 people about a half hour before her shift ended.

She received roughly $250 in tips across seven different receipts from that table alone.

At the end of each video, she counts all of her tips in total, which resulted in her receiving $417 in tips at the end of the day.

In another video, she goes through the same process but said that she received several positive comments of customers complimenting her pregnancy.

One customer, an older man, tipped her nearly $50 and said: “And the rest of this is for a savings bond for your baby.”

In total, after counting all her tips, she reveals that she made $342 during that shift, which she calls “not that bad.”

However, a generous customer gave her $200 in cash despite her not working his table that evening.

“Y’all there’s a guy that comes in here like all the time, but he came up to me and he was like ‘here you go,’” she said, holding up the money.

She received nearly a thousand comments on the video, with people complimenting how she smiles while reading the tip amounts.

“The fact that she is grateful and has the same attitude reading every tip,” wrote one person, who used clapping emojis.

“I love that no matter the amount of the tip, you always smile and are so thankful!

“We love a humble queen!” 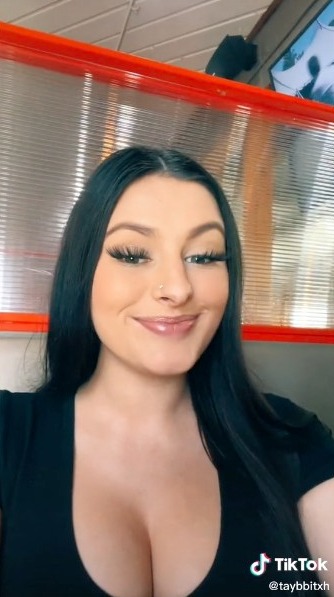 She goes over how much she receives in tips with a big smile on her faceCredit: TikTok/ taybbitxh