CHRISTMAS is just around the corner which means many parents will be rushing to the stores to buy presents for under the tree and stocking fillers.

But the cost of living crisis has got us all in a pinch and trying to save money. 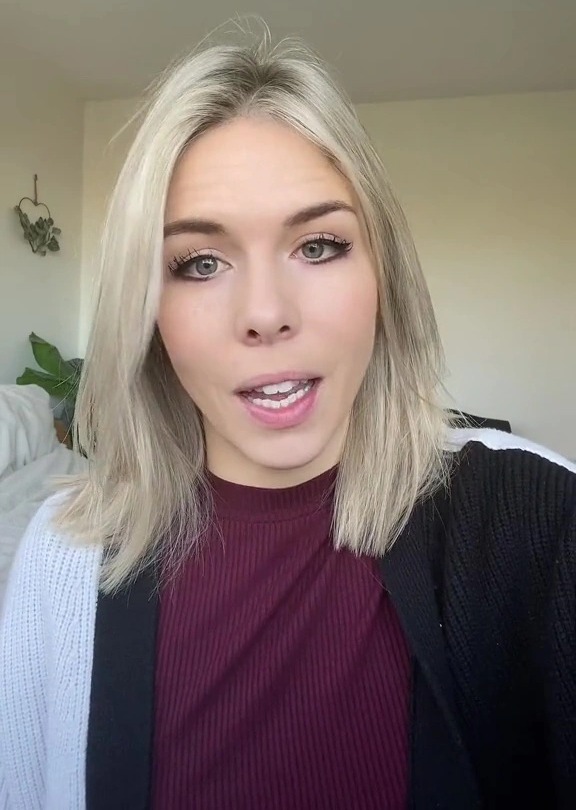 Holly showed how she filled her kid’s stockings for under £15Credit: TikTok/@hannahhomeeducates/ 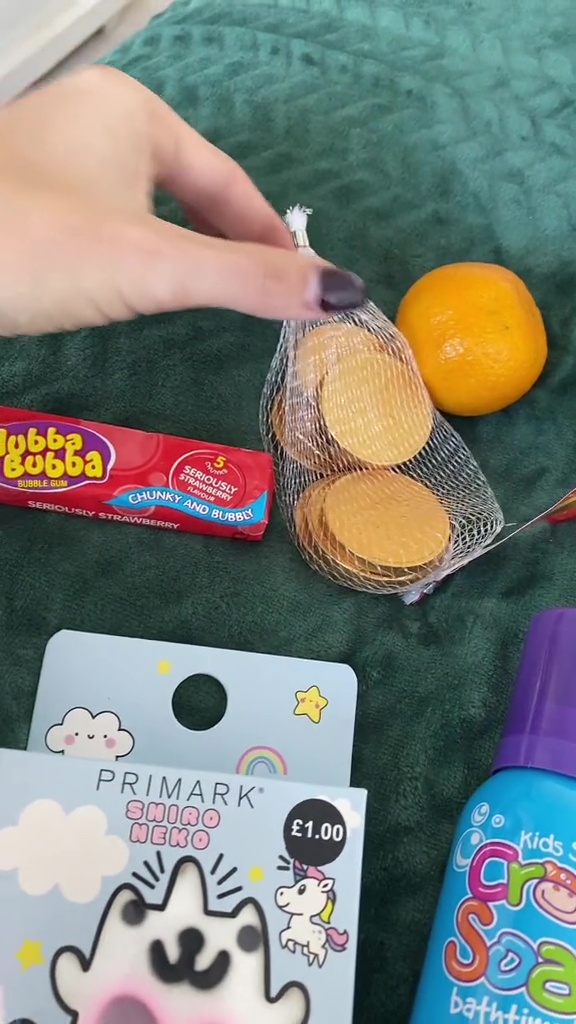 She included lots of sweet treats, toiletries and some essentialsCredit: TikTok/@hannahhomeeducates/

Fortunately, one mum-of-two has shared how she plans to fill up her children’s Christmas stockings for just £15.

Taking to TikTok, Holly Home Educates revealed she didn’t want to spend a ton on Christmas this year.

She said: “People are obviously really feeling the squeeze and they feel loads of pressure to spend thousands on Christmas.”

Holly added that although she could spend more if she wanted to she wouldn’t because she home educates her children are not interested in designer goods as they aren’t exposed to them. 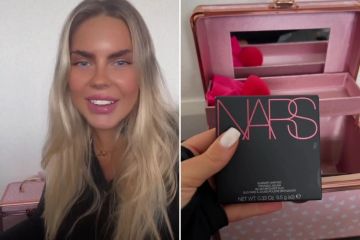 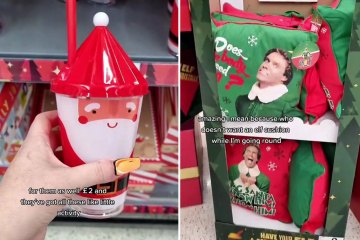 Another reason is that she has to buy them lots of stuff throughout the year because they are homeschooled such as arts and crafts supplies and days out.

The first thing Holly will put in their stockings is a heartfelt letter looking back on the year she’s had with her children.

Another free gift Holly recommended is printing out some colouring sheets and crossword puzzles for them to do.

Next, the mum-of-two suggested putting in a bath fizzer which she got from Primark for £1.

The mum also picked up a pack of two fluffy socks for £4 also from Primark.

Sticking with the bath theme, she also picked up some foaming soap for £1.25 on Amazon.

She added: “I saw these being sold separately for £6 each, eventually found a three pack on Amazon for much cheaper.”

Holly then bought the children lots of sweets to go into the stocking, including a pack of gold chocolate coins and a pack of Hubba Bubba gum which she bought for £1.

She also grabbed a packet of the Festive Friends chocolate biscuits from Cadbury as well as a Cadbury selection box.

Last but not least, the mum will also add a clementine in each of the stockings as well as a lipgloss or hair clips in her daughters’ stockings.

The video was a hit with parents looking for budget-friendly ways to fill their children’s stockings this year.

One wrote: “I love the letter idea – thank you!”

Another person commented: “This is fantastic, they will remember getting that handwritten letter way more than some trainers or an Xbox.”

A third penned: “Absolutely love the idea of printing off colouring sheets, thank you. I will be doing this, also those stockings are wonderful.” 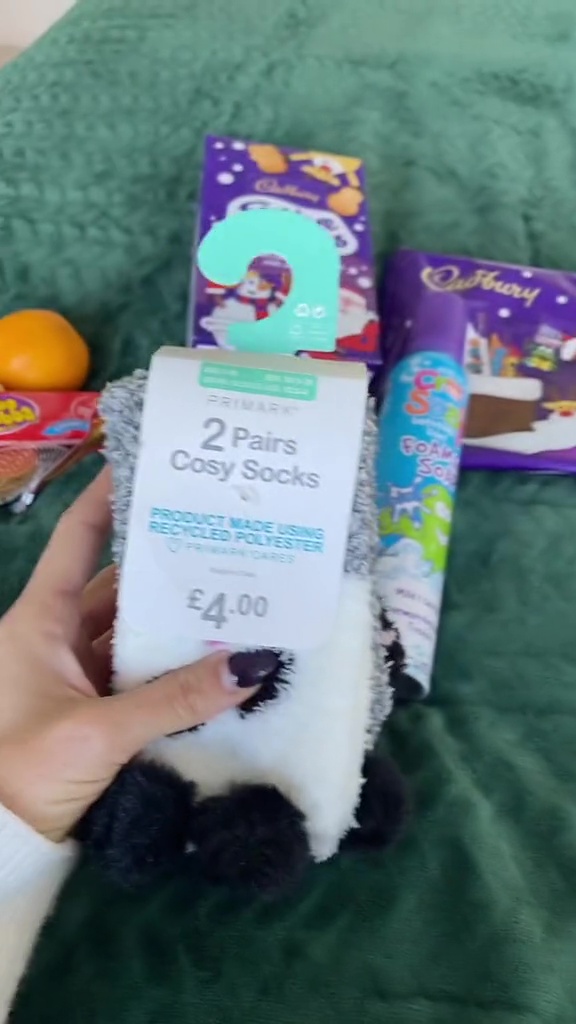 She picked up a pack of two sets of socks for £4 in PrimarkCredit: TikTok/@hannahhomeeducates/ 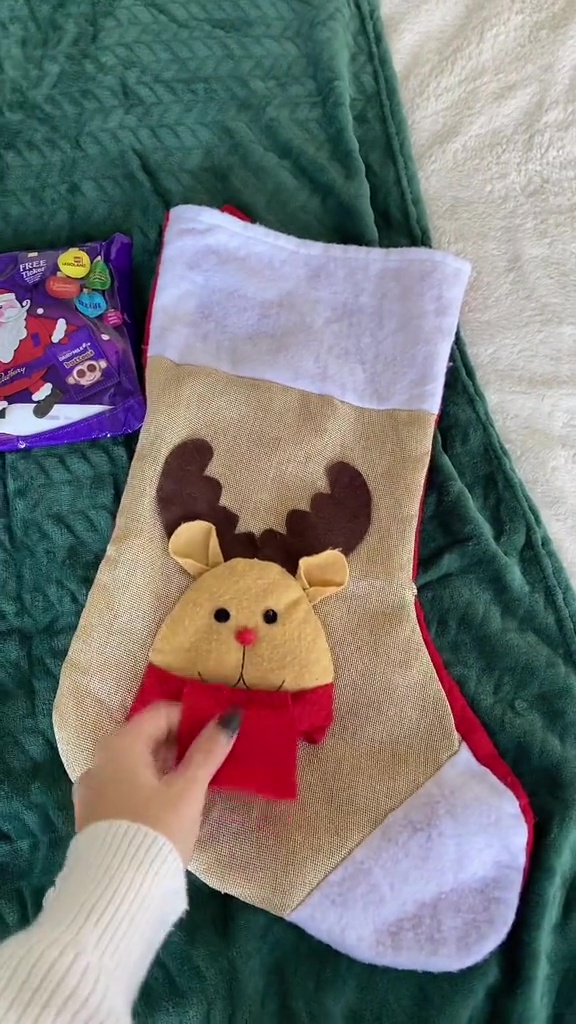 The mum also grabbed some traditional stocking fillers like chocolate coins and a clementineCredit: TikTok/@hannahhomeeducates/

Ukraine evacuates cities now uninhabitable with no heating or power