A TIKTOKER has revealed she gets told that no one wants to date a teacher – until they see her pics.

High school teacher “Alice Ivy” from Houston in the US shared the saucy video with her 15k followers on TikTok. 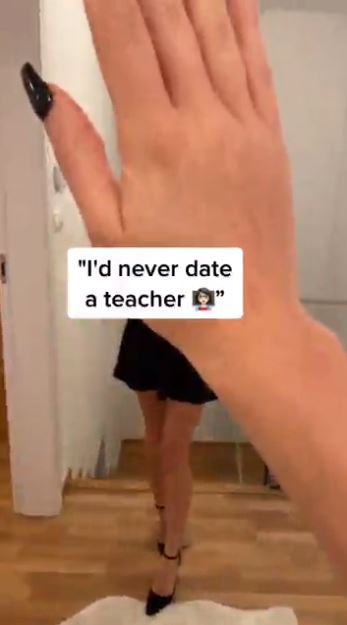 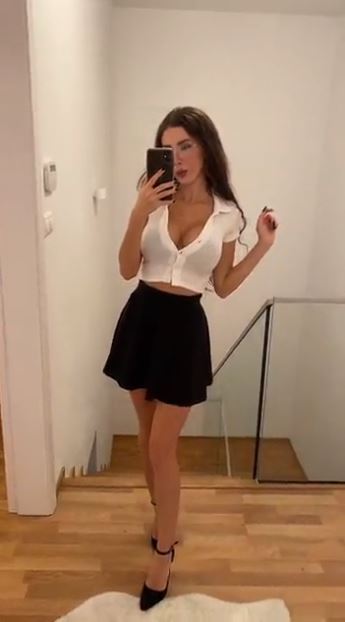 She poses in an outfit for her followers 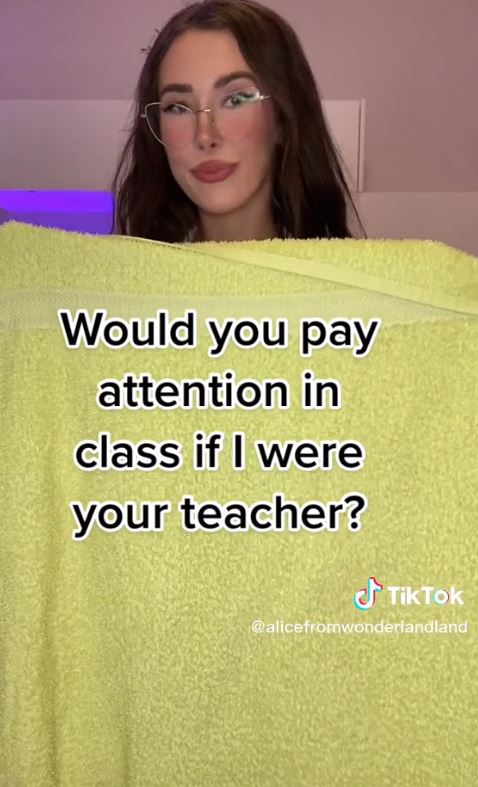 The stunning brunette, 23, posted a short clip with the words “I’d never date a teacher” imposed on the screen.

She takes her hand away from the screen to reveal her reflection in the mirror wearing a black mini skirt and matching high heels, along with a tight, revealing white top and glasses.

In the caption underneath, she wrote simply “Would you?”

Alice has shared a number of similar “thirst trap” videos with her fans.

One such clip includes the text “Teacher in bikini is loading…” before cutting to her wearing the outfit.

Another featuring the same outfit as the first clip has the words “Would you pay attention in class if I were your teacher?” appear on the screen before Alice drops the towel to reveal the revealing get-up.

She was soon inundated with comments from her thirsty and largely-male fans.

One wrote simply: “Yes,” while a second commented that it would be “hard to concentrate”.

Another wrote: “Yes, and I would stay after class.”

While another said: “If you were the detention teacher I will stay.”

Other ‘hot teachers’ have also racked up thousands of followers on Instagram.

Amber, who goes by the TikTok name amber.marie44, has racked up a whopping 34,000 followers with many admirers commenting on her posts.

One said: “cutest teacher ever.”

Another added: “You wouldn’t dare miss a day.”

While one follower commented: “I know all the students be having a crush on the teacher.”

And another teacher Ash Paq, 25, recently revealed her students discovered her TikTok page.

Ash, who has almost 100,000 followers on the platform, said she didn’t realise some of her fans were her own pupils.

But in a post, she said they most frequently ask if they can be in her videos. 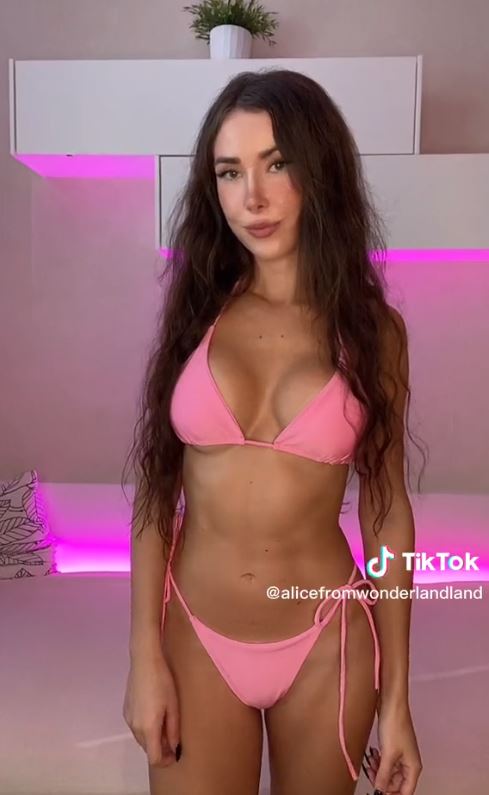 She also shared a vid of herself in a pink bikini

Games Inbox: Is Call Of Duty: Warzone 2 a good game?