IDENTICAL twins who married identical brothers and both got pregnant at the same time finally share their gender reveal online – some months after they first announced the news.

Brittany and Briana Deane, 33, are both having a baby with their partners Josh and Jeremy Salyers, 35, and announced one will be a little boy while the other still remains unknown. 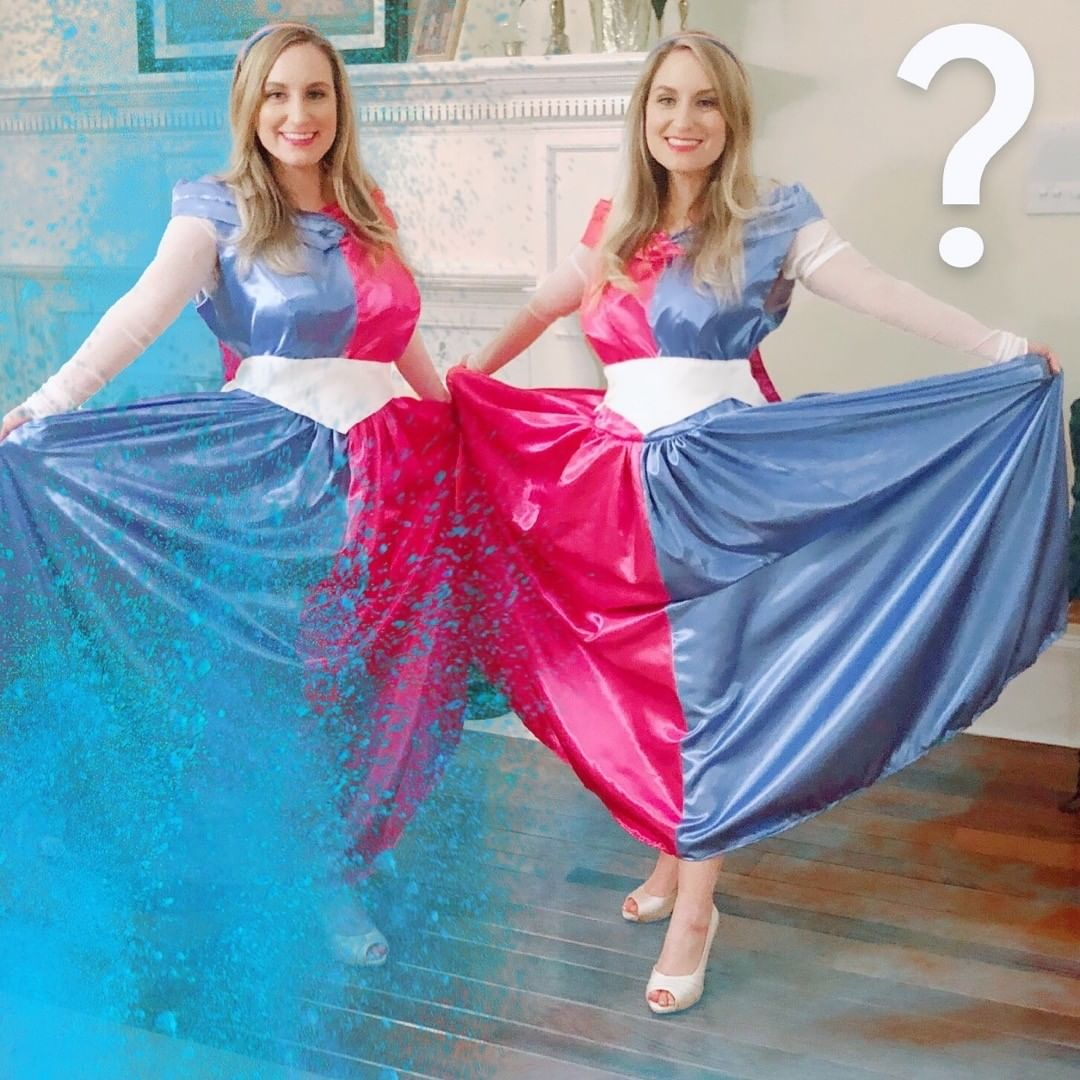 Brittany and Briana Deane, 33, are both having a baby with their partners with Josh and Jeremy Salyers, 35, and revealed the babies gender on InstagramCredit: Instagram

The foursome met at a festival for twins in 2017 and the Salyers blokes proposed six months later, following a whirlwind romance.

They had a joint wedding on August 5, 2018, live in the same home in Virginia, USA, and are now expanding their families together.

The couples broke the pregnancy news on their shared Instagram page in August, writing: “Guess what!!?? BOTH couples are pregnant!

The post continued: “We are thrilled and grateful to experience overlapping pregnancies and to share this news with you all! 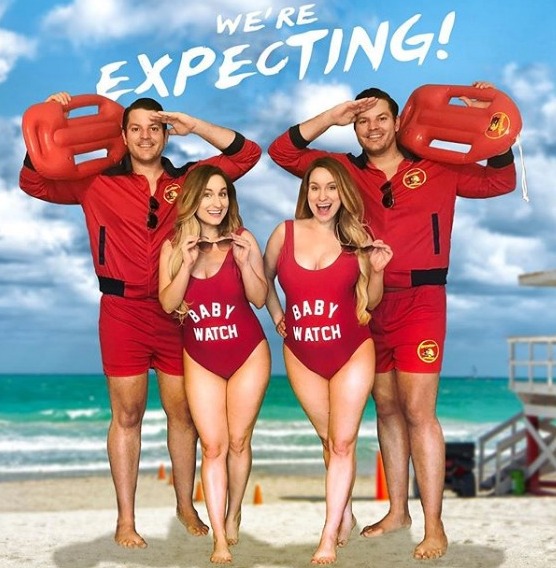 The women announced they were expecting with their identical twin husbands in August last yearCredit: Instagram

“Our children will not only be cousins, but full genetic siblings and quaternary multiples! Can’t wait to meet them and for them to meet each other!”

Now at around five months along, the women shared a sweet snap of them both posing in identical pink and blue dresses to mark the gender reveal.

They wrote: “Make it pink! Make it blue!” before announcing Brittany & Josh are having a boy and that Briana & Jeremy are still waiting to find out.

The captioned continued: “Thank you to @chameleoncolorsinc for making our customized ‘Aurora’ gender reveal so much fun! Fabulous group that specializes in making life colorful! 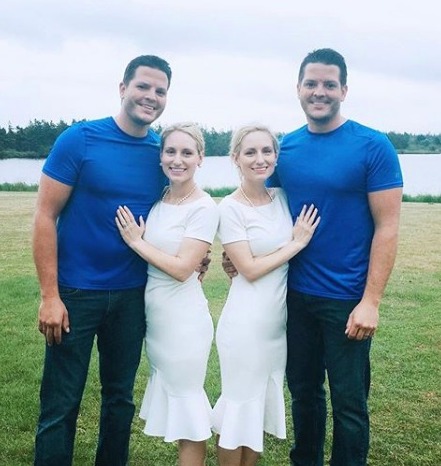 The couples met at a twin festival in 2017 and each got engaged six months laterCredit: Instagram 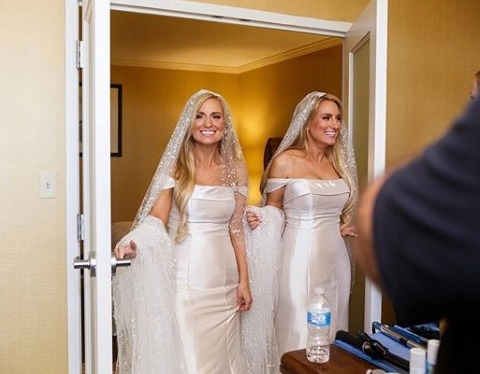 They even had a joint wedding in 2018Credit: Instagram

“We are all four so thrilled to have a darling little lad join our family…. and we are counting down until we find out the sex of Baby #2!”

Before adding: “Anyone have a hunch if baby Salyers #2 will be a boy or a girl?”

Fans were thrilled for the couples with one writing: “I’m so excited for you all and can’t wait to see if your children all look alike. Hope you continue to feel fabulous.”

While others said they hoped Briana & Jeremy would have a boy as well. 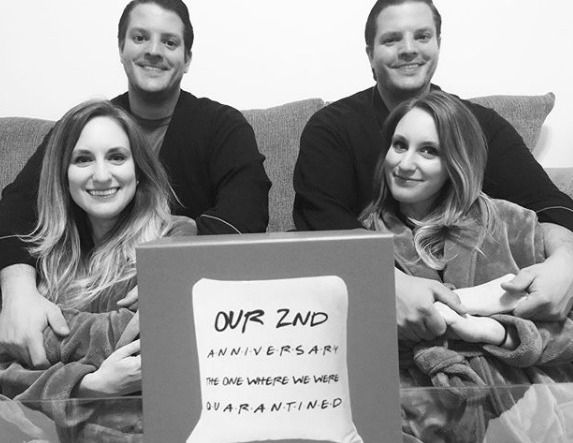 “Im praying Briana has a BOY too so the cousins can be genetically identical brother cousins,” one fan wrote.

And another added: “I hope for it to also be a boy. They will be the best of friends no matter what though.”

The joint page now has with over 85k followers – roughly 60k more than when they announced the pregnancy in August – with many tuning in daily to see the the family updates. 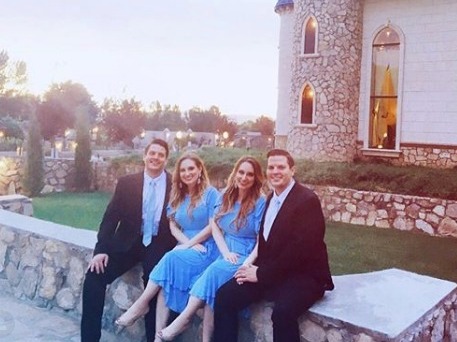 The twins previously revealed they were planning joint pregnanciesCredit: Instagram 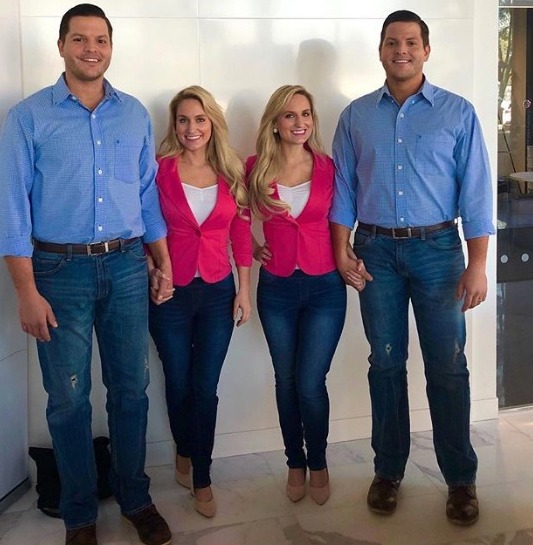 They said it would take a lot of planning to pull it offCredit: Instagram

While the shared pregnancy might come as a shock to many, the sisters told Australia’s Today show last year their plans to fall pregnant at the same time.

When asked if they would be scheduling their love making sessions to pull it off, Brianna admitted: “Ideally the timing will have to be really good.”

“I think there’s just something we would love to experience together,’ Brittany said.

“We have experienced most milestones of our lives together, birthdays, getting your driver’s license, graduations, and our double wedding.

“This would be the next huge event, and we’d love to experience it together, and ideally we will.”

Earlier today, we revealed how pregnant Millie Radford was left red-faced after a rude post and blamed her ‘baby brain’.