A WOMAN has revealed she was forced to quit her job because of extreme pain – after ditching her eczema steroids.

Andrea Cisneros, from the US, used topical steroid creams to treat her eczema but was left in agony when she came off them 18 months ago. 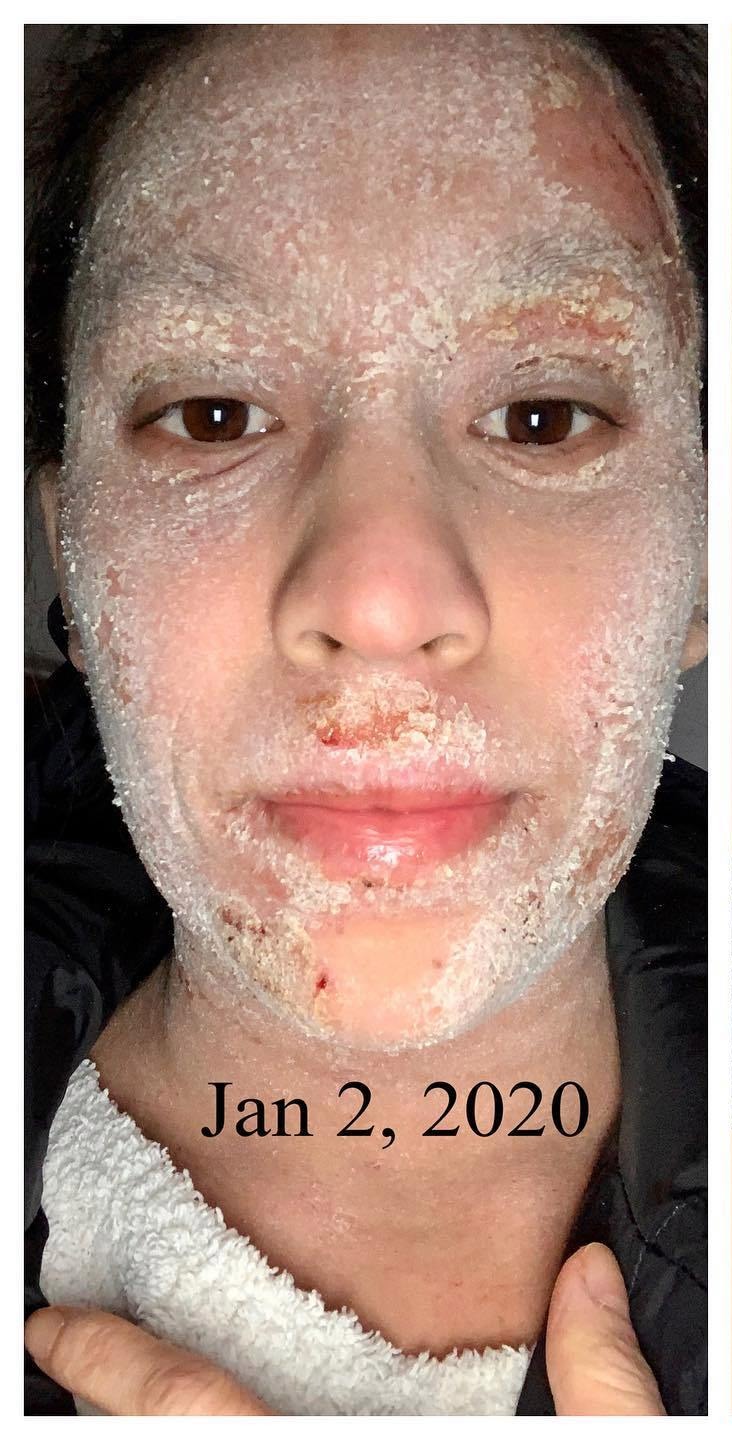 She used the creams to treat her eczema and is finally on the mend after 18 months of hellCredit: Andrea Cisneros

She eventually had to leave her job as a dental hygienist and lost her flat, all due to topical steroid withdrawal.

At her worst, she was bed-ridden for months, with her skin oozing, her sheets covered in blood and showers making her cry from the pain.

She says: “I wished I would die because the pain and discomfort were unbearable, especially at night; when I would scream from pain.”

I wished I would die because the pain and discomfort were unbearable, especially at night; when I would scream from pain

Topical steroids are commonly prescribed on the NHS and remain one of the most effective ways to treat eczema.

But they should be a short-term solution and if over-used, they can lead to horrible TSW reactions like Andrea experienced. 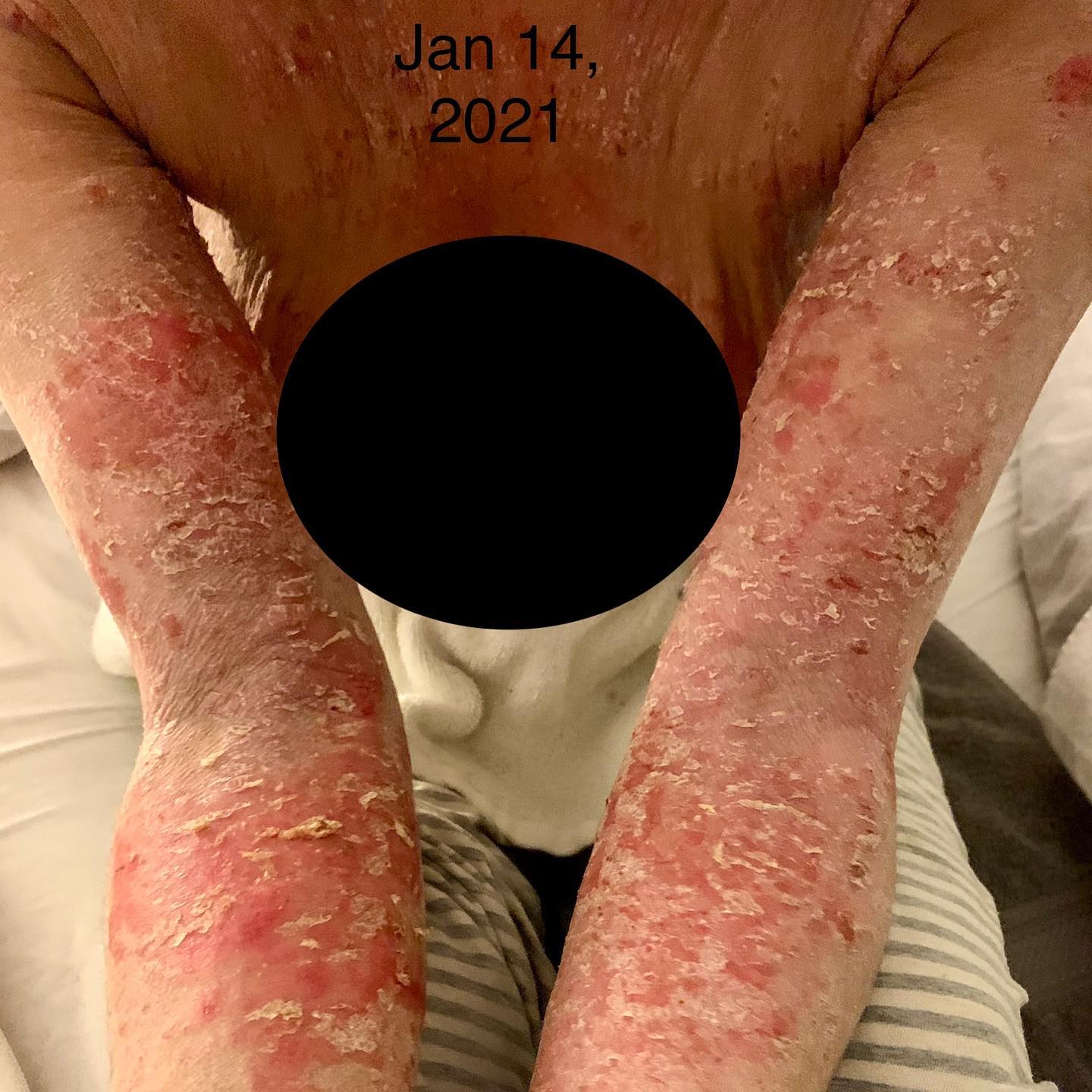 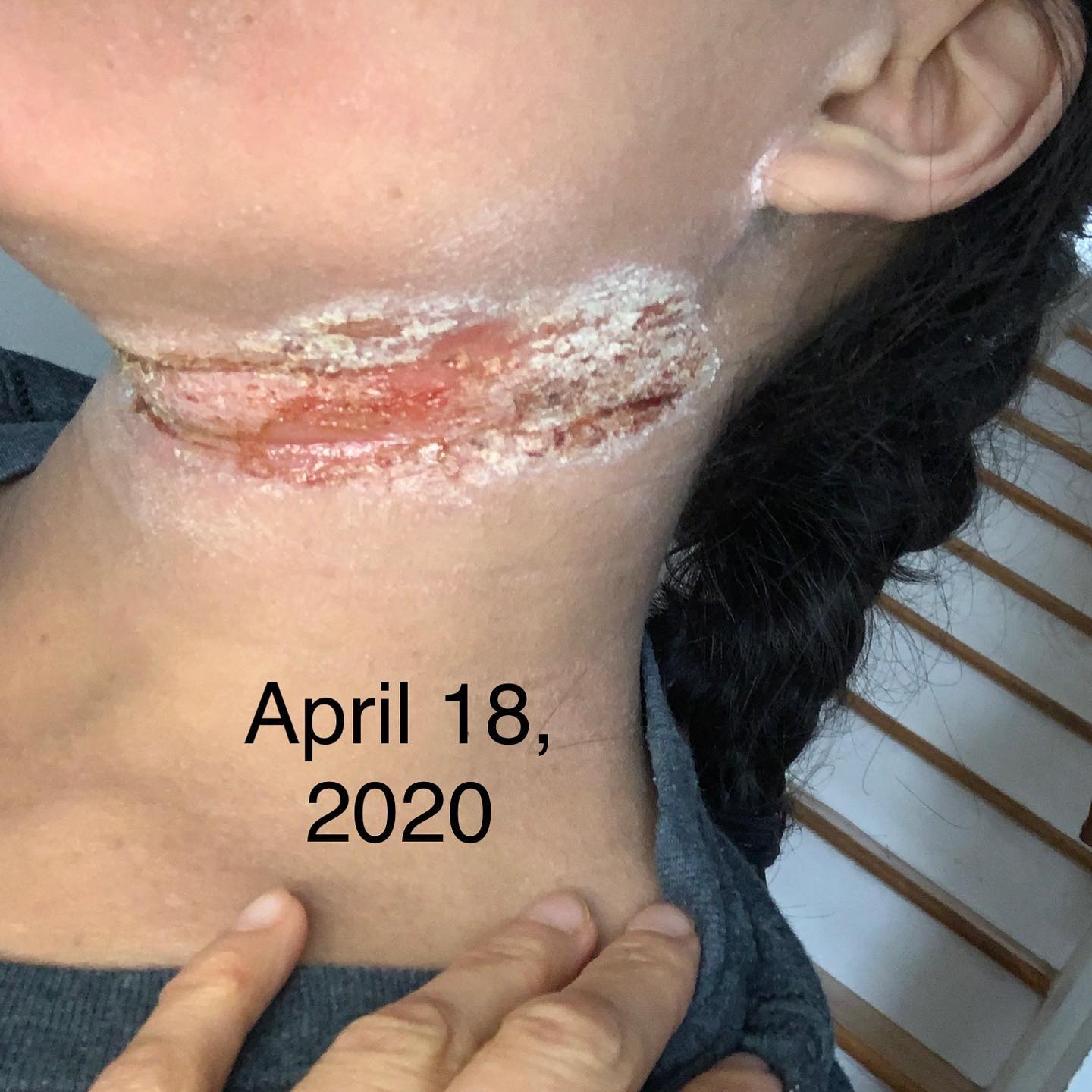 She showed off these pictures as a caution to othersCredit: Andrea Cisneros 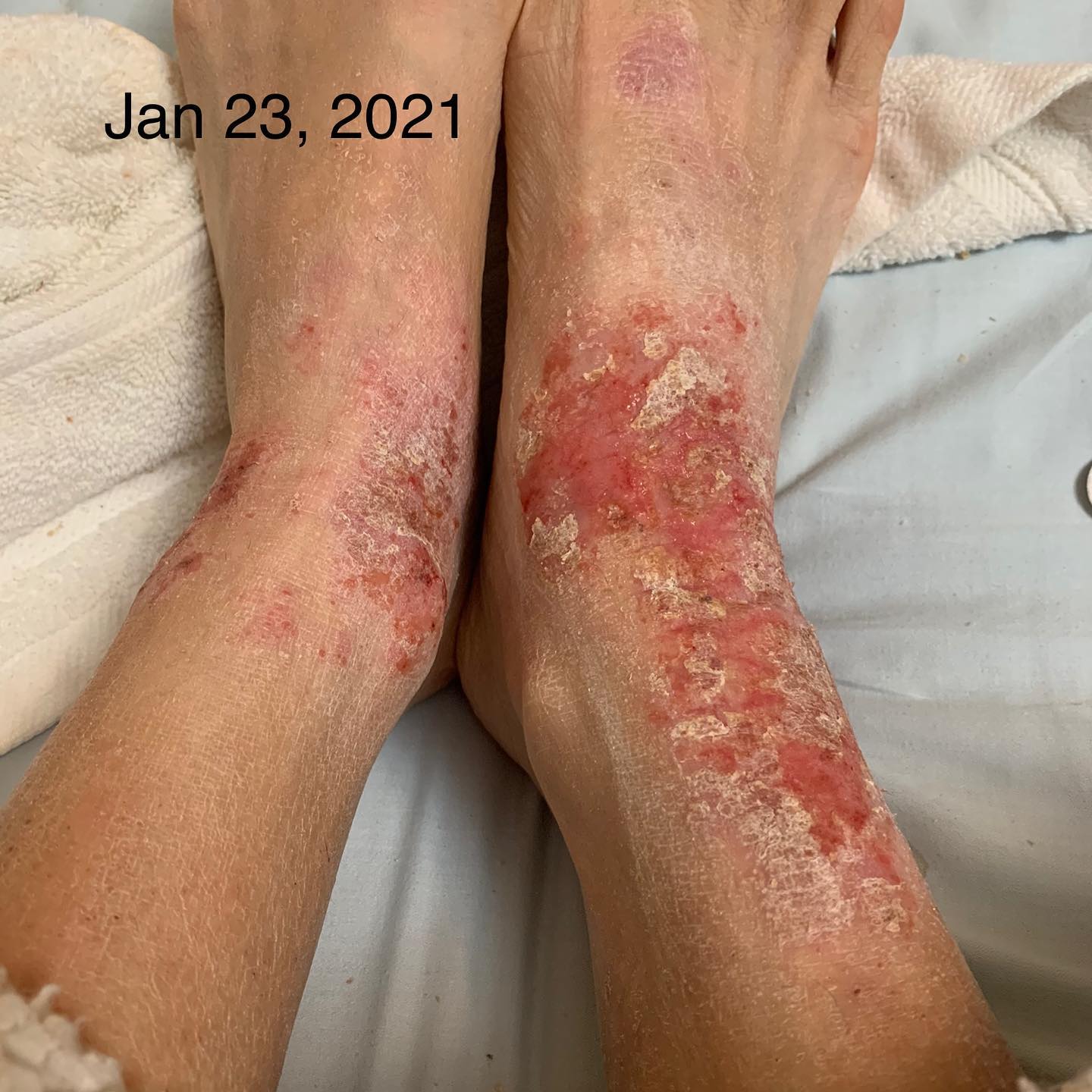 Topical steroids are an effective eczema treatment but can cause an awful reaction if over-usedCredit: Andrea Cisneros

She wrote: “For the past 18 months I’ve been suffering from Topical Steroid Withdrawal (TSW), a condition that is 100% iatrogenic (meaning caused by medication; in this case topical steroids).

“I went into TSW when I stopped using steroids. TSW is not a choice; the steroids stopped working and worsened my initial condition (eczema).

“Steroids cause nerve and blood vessel damage I eventually had to stop working and move out of my apartment.

“Working with TSW was tough; it was so difficult to open my eyes in the mornings, I was weak, napping during my breaks, had swollen ankles, my clothes were sticking to my skin and showers would cause me to cry from excruciating pain I spent about 9 months limping/hunched over because the wounds on the back on my legs/body were so bad. 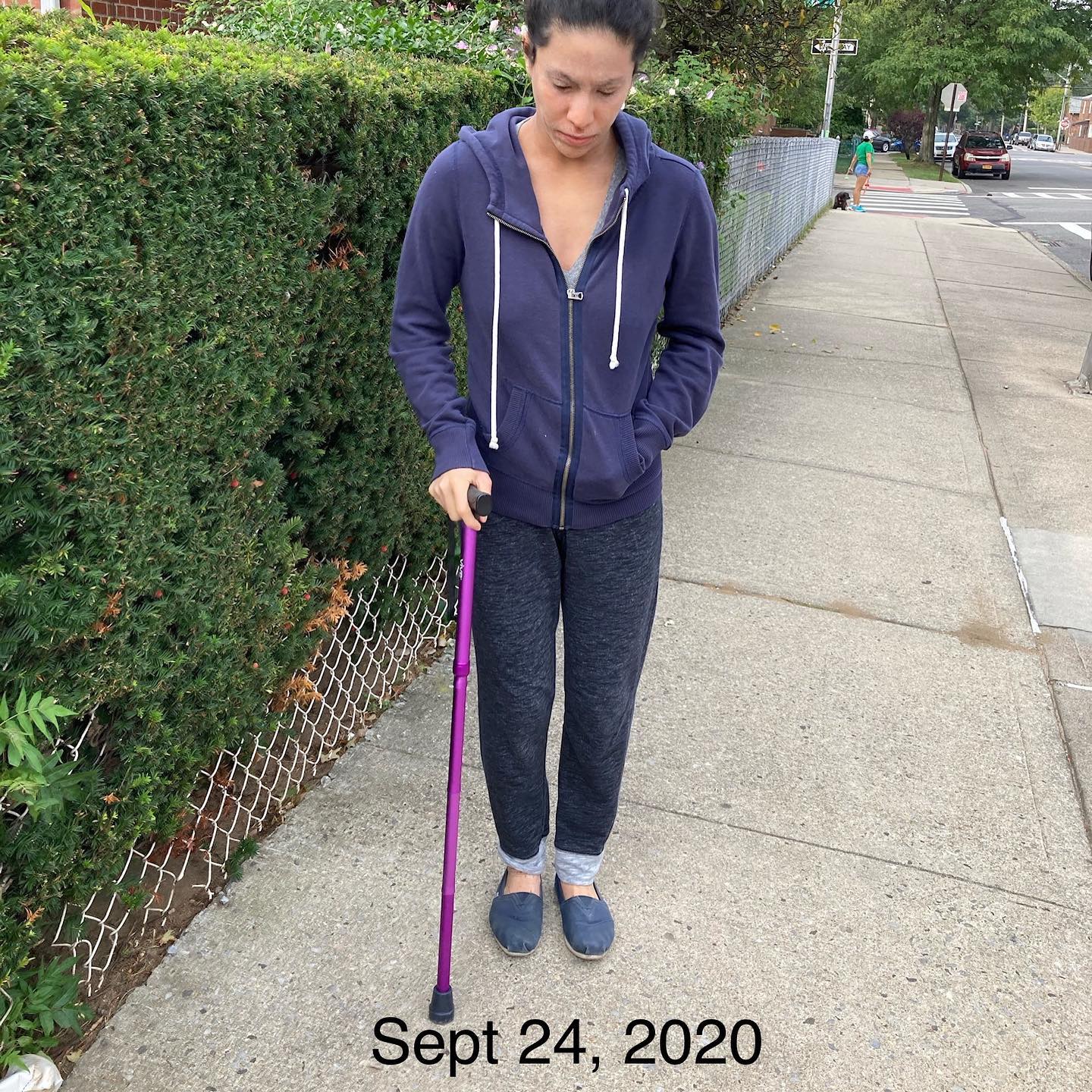 At her worst, Andrea was bed-bound and then left relying on a walking stickCredit: Andrea Cisneros 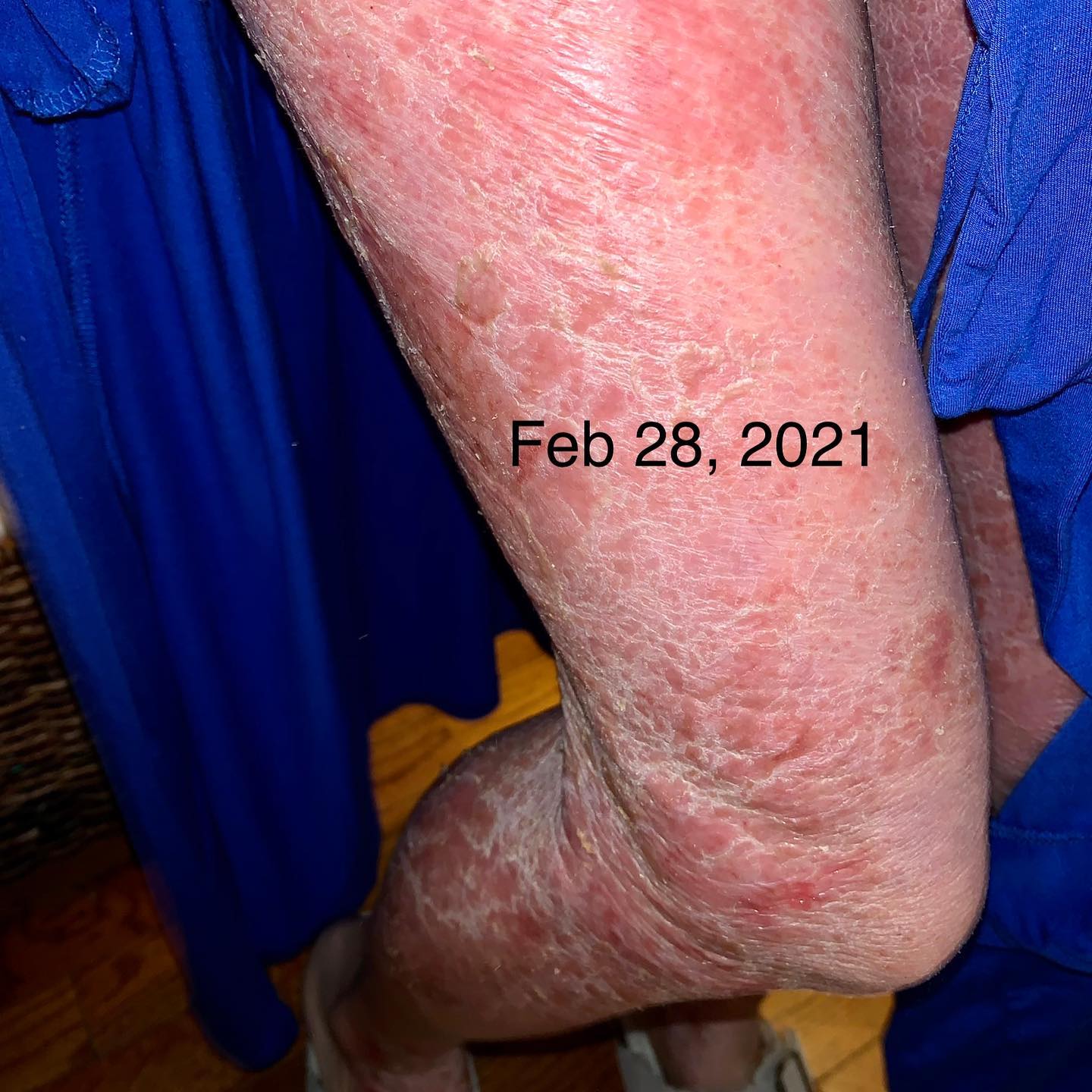 Her skin was so painful she had to quit her job and lost her flatCredit: Andrea Cisneros 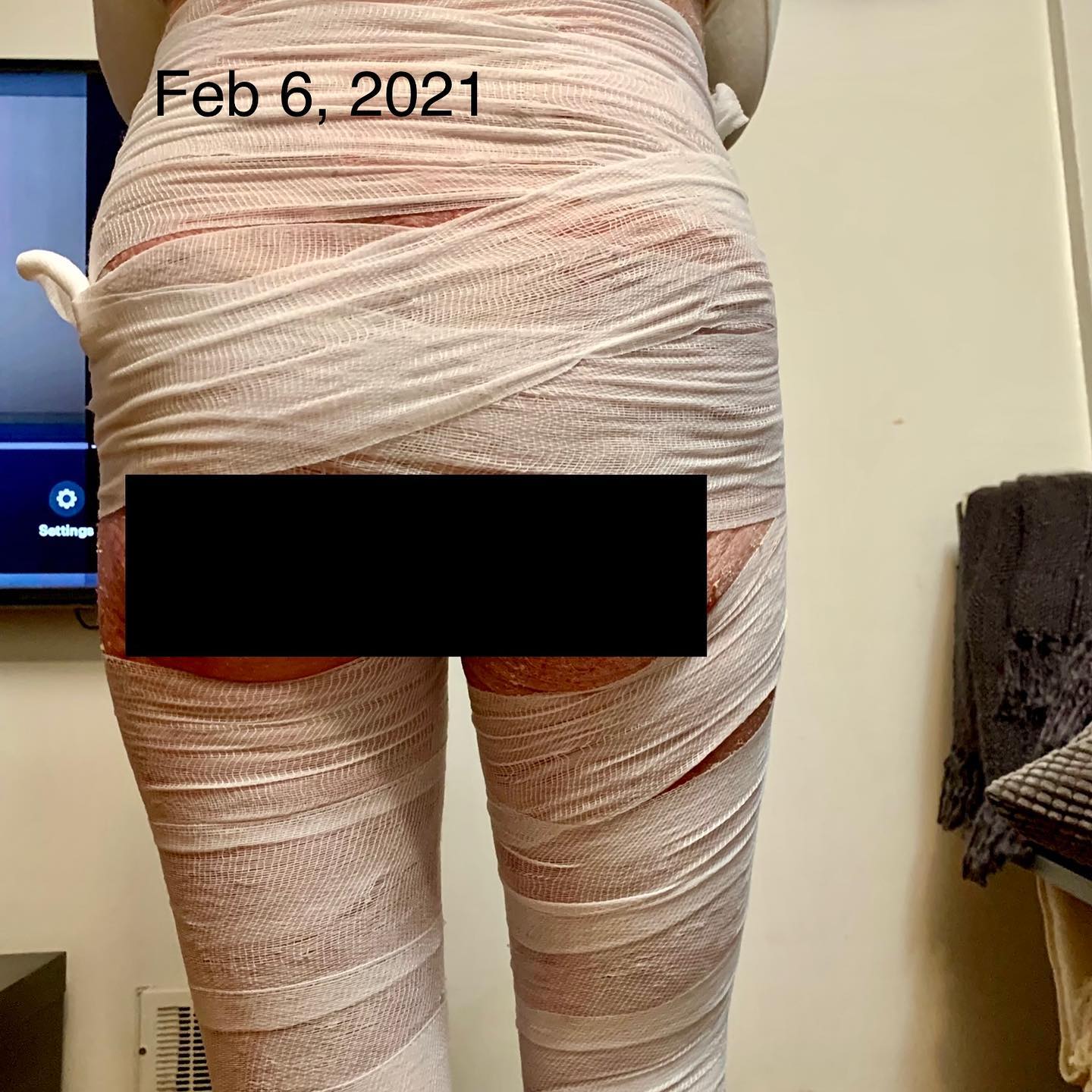 Her skin had to be bandaged as it was too painful to even wear clothesCredit: Andrea Cisneros

“I spent several months bed ridden (not being able to sit) & oozing out of control, only getting up to use bathroom and wishing I would die because the pain and discomfort were unbearable, especially at night; when I would scream from pain.

“My mom would change my sheets and do laundry on a daily basis because my sheets would get wet from blood and ooze.

“I had to wake up to change my clothes every 2 hours; this was awful because it was difficult to move, my skin was extremely sensitive to air and I had intense chills. (During the summer I couldn’t wear any clothes).

What is topical steroid withdrawal?

Topical steroid creams have been used to treat eczema for more than 50 years and, according to the National Eczema Association, remain among the most effective and widely used drugs in dermatology.

They tend to be prescribed to patients whose eczema has stopped responding to other treatments and management methods.

TSW happens when you’ve used topical steroids too much and the skin then starts flaring up worse than ever the moment you stop using them.

Overuse of topical steroids can also lead to the thinning of skin.

“The bed and the the floor would be covered with a disturbing amount of skin flakes everyday.

“After 1 year of not working, I started working from home (minimum wage job – which was upsetting after having worked hard to obtain my DH degree).

“It’s been a year a half since I last worked as a dental hygienist and I miss it!

Thank you to those who have reached out for work opportunities, but I’m still healing and not ready to return…

“During this process I obtained my health coaching certification and I cannot wait to work with more of you and be a part of your healing journeys”.

The Masked Dancer UK: What time is it on and who is taking part?

AEW: Anthony Ogogo hasn’t had sex in six months as he focuses on dream