A MAN who grew up in poverty and was homeless as a child has revealed how he became a millionaire – going from struggling bartender to penthouse owner in just 45 days. 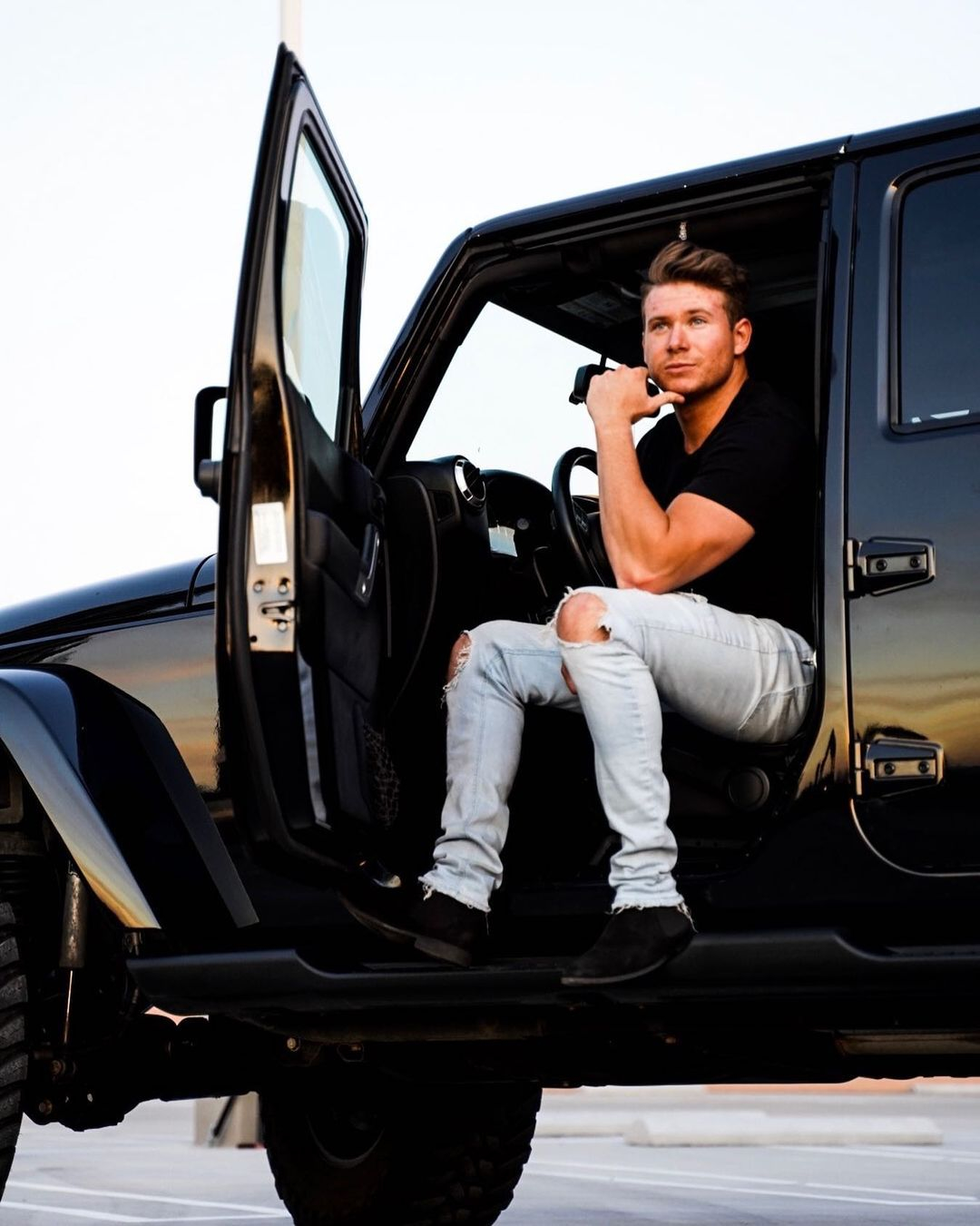 Branden Condy has gone from sleeping on the street to a multi-millionaire aged 25Credit: Jam Press

The 25-year-old was made homeless as a child after his single mother was unexpectedly laid off work, with the family given just 12 hours’ notice to vacate their house.

They relied on the kindness of friends and couch surfing to keep a roof over their heads – although were sometimes forced to sleep outside.

“I was often left home alone while my mum worked long hours to pay the bills and keep food on the table,” Branden said. 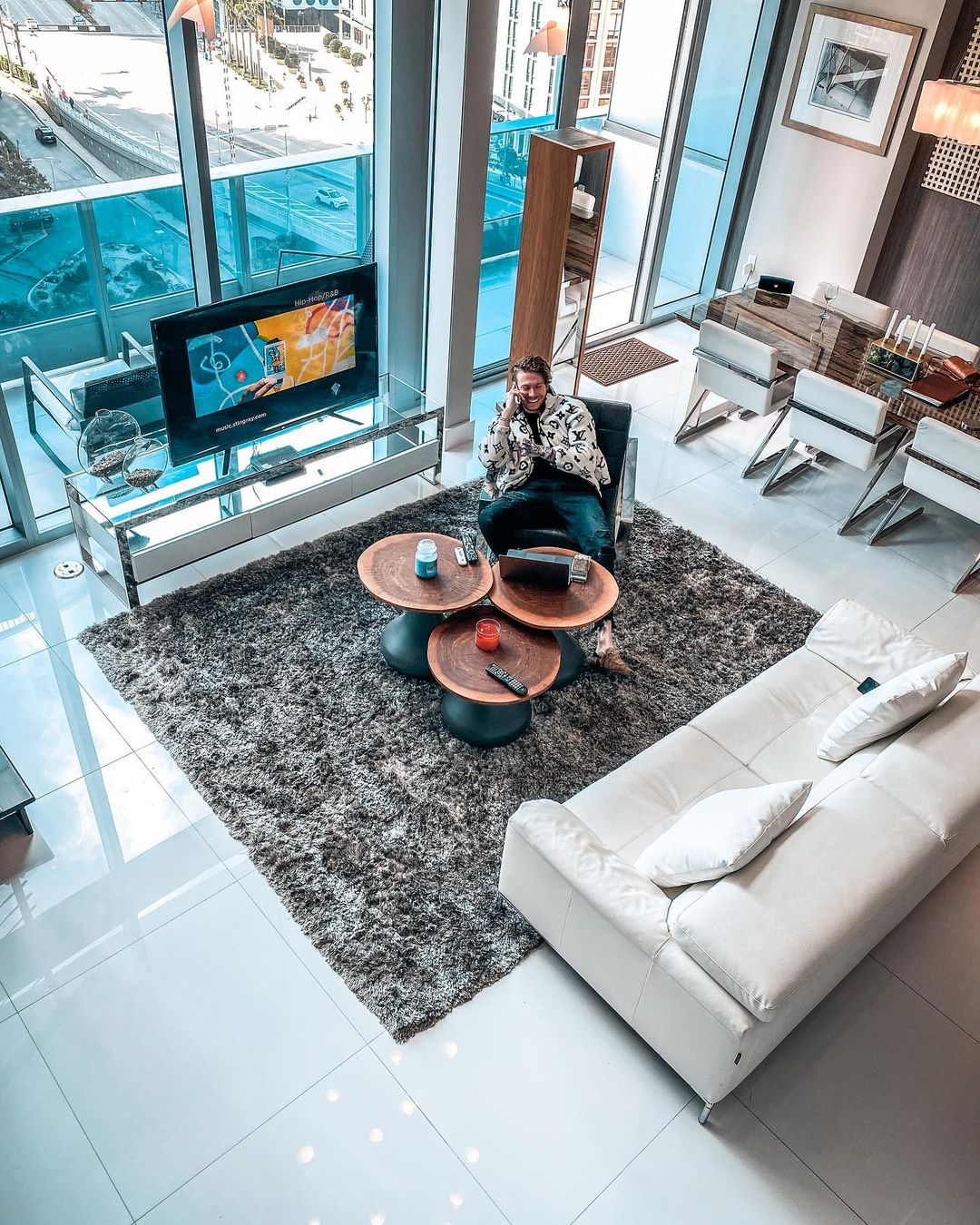 Branden was made homeless as a child after his single mother was unexpectedly laid off work – but now lives in a penthouseCredit: Jam Press 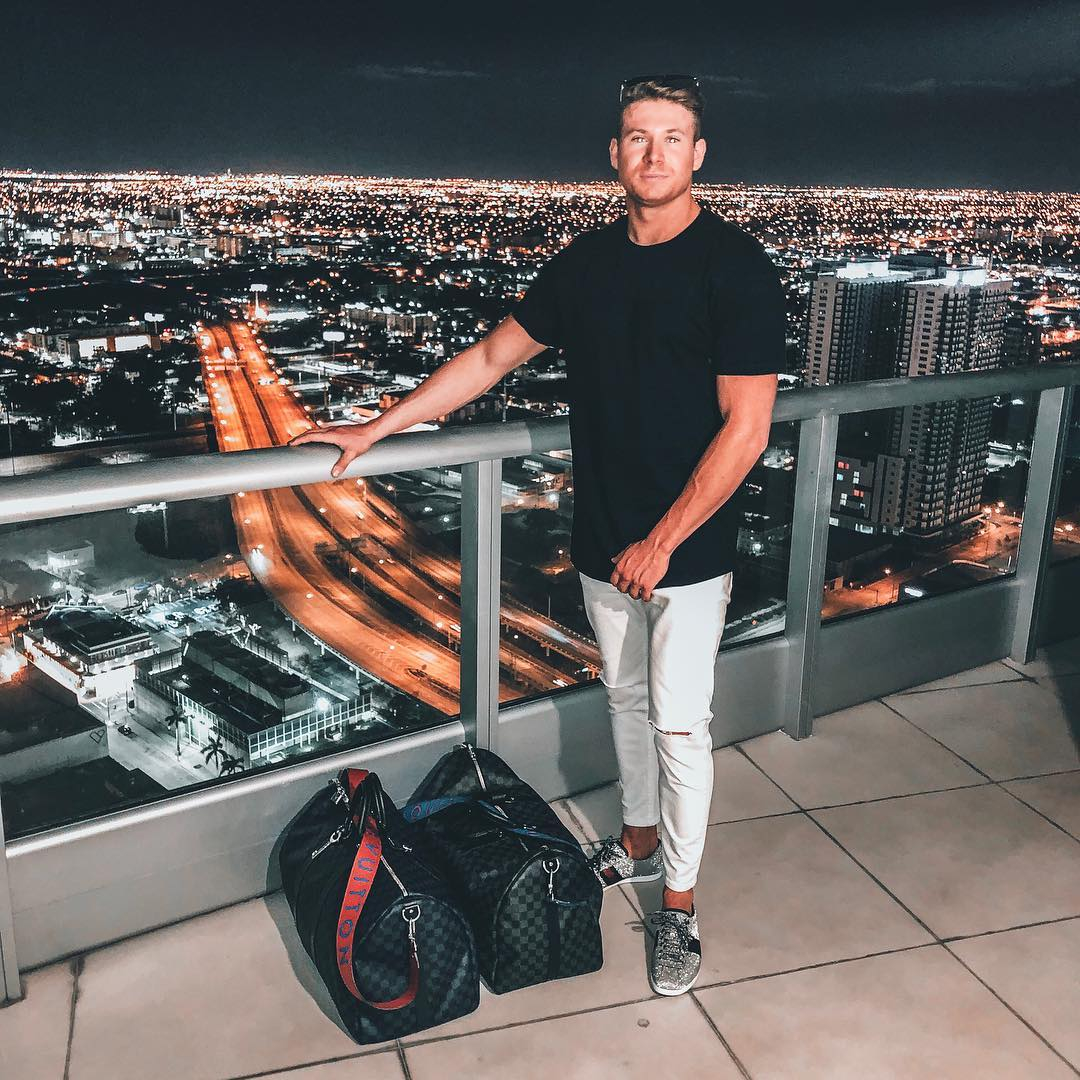 Branden is now an entrepreneur and Instagram influencer after starting life in hardshipCredit: Jam Press 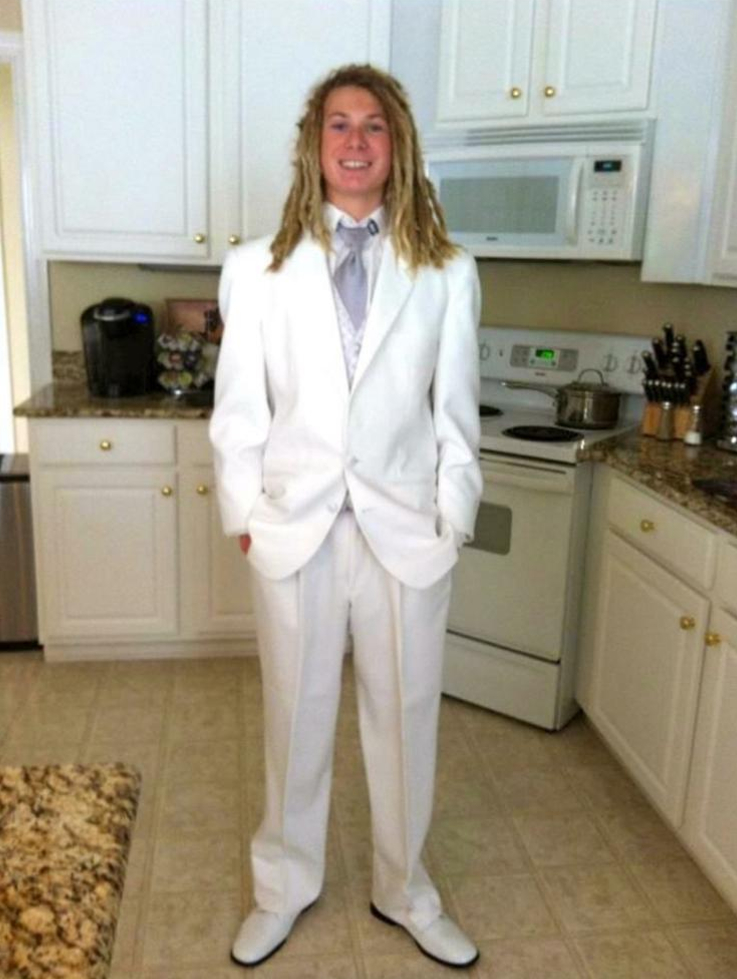 “She tried so hard and loved us so much, but things were really difficult back then.

“When my mother lost her job, we were asked to leave the house with a 12-hour notice and had to sleep outside.

“We had to use public bathrooms daily and eventually start jumping between different friends’ homes. 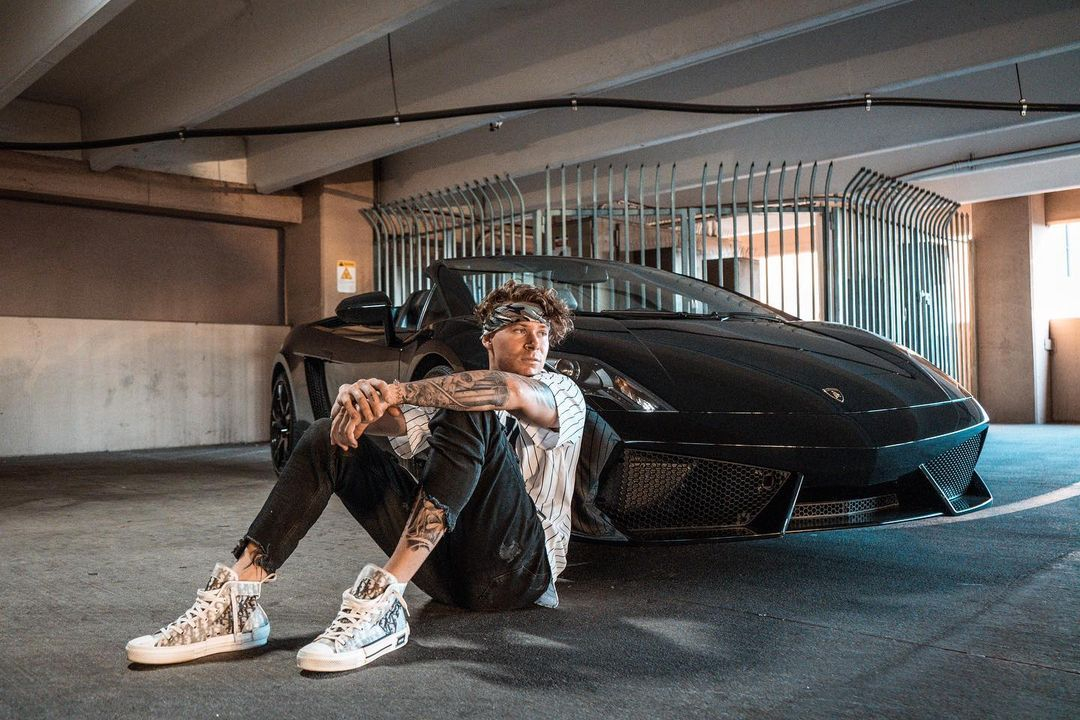 The young man is now a millionaire with a Lamborghini and designer clothesCredit: Jam Press

“At that time I was scared and lost; this is where my drive comes from because I never want to have anyone in my life be in that position ever again.”

Determined to protect his family from future struggles, the entrepreneur got his first job at 16, as a dishwasher. 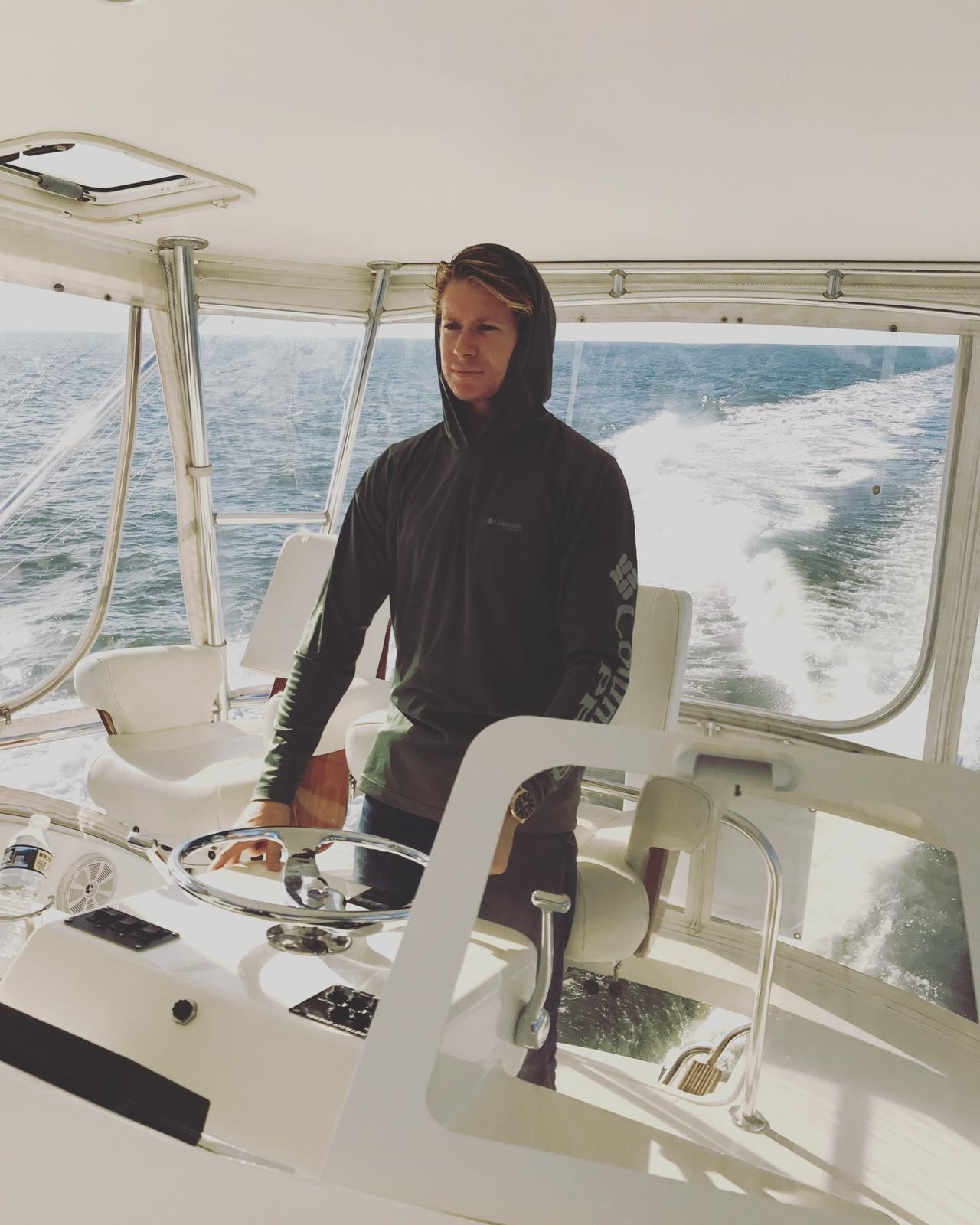 By 21, he had worked his way up to cleaning yachts for the rich and famousCredit: Jam Press 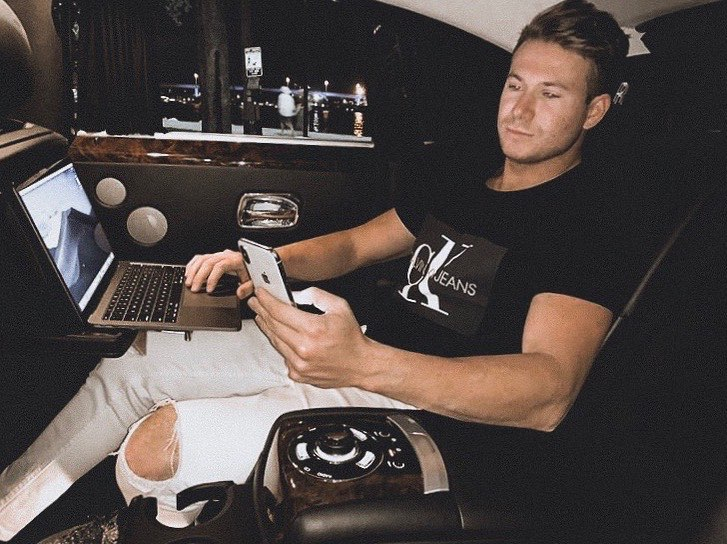 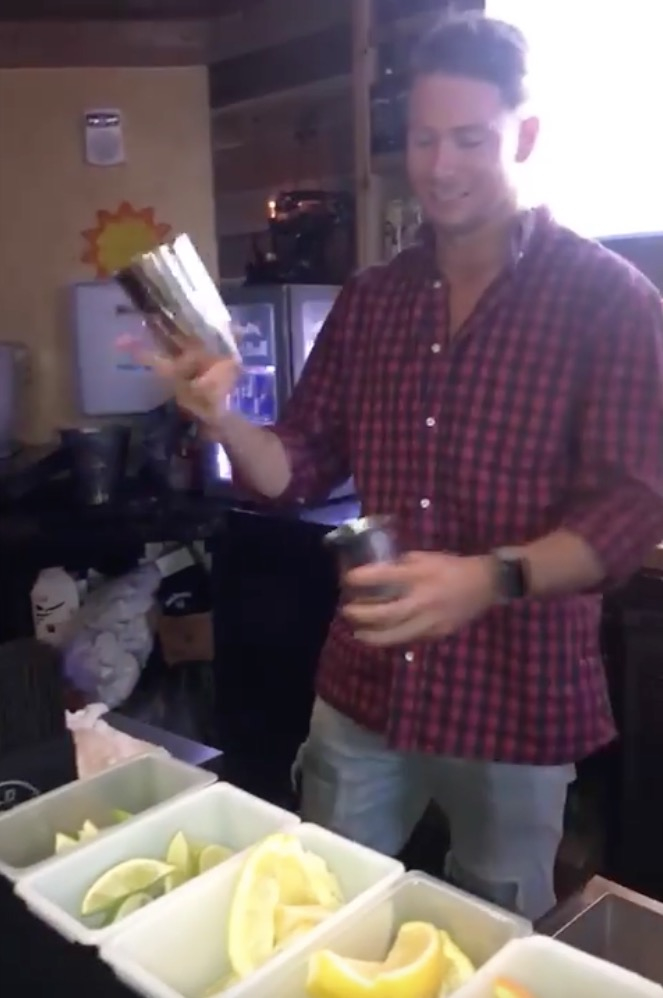 By 21, he had worked his way up to cleaning yachts for the rich and famous.

Branden was so inspired by the lives he saw that he set out to create the same for himself and just five years later, he did.

The young man is now a millionaire with a Lamborghini and designer clothes, who takes luxurious holidays on a regular basis – and he did it all by starting an Instagram marketing company, called Branden Condy LLC. 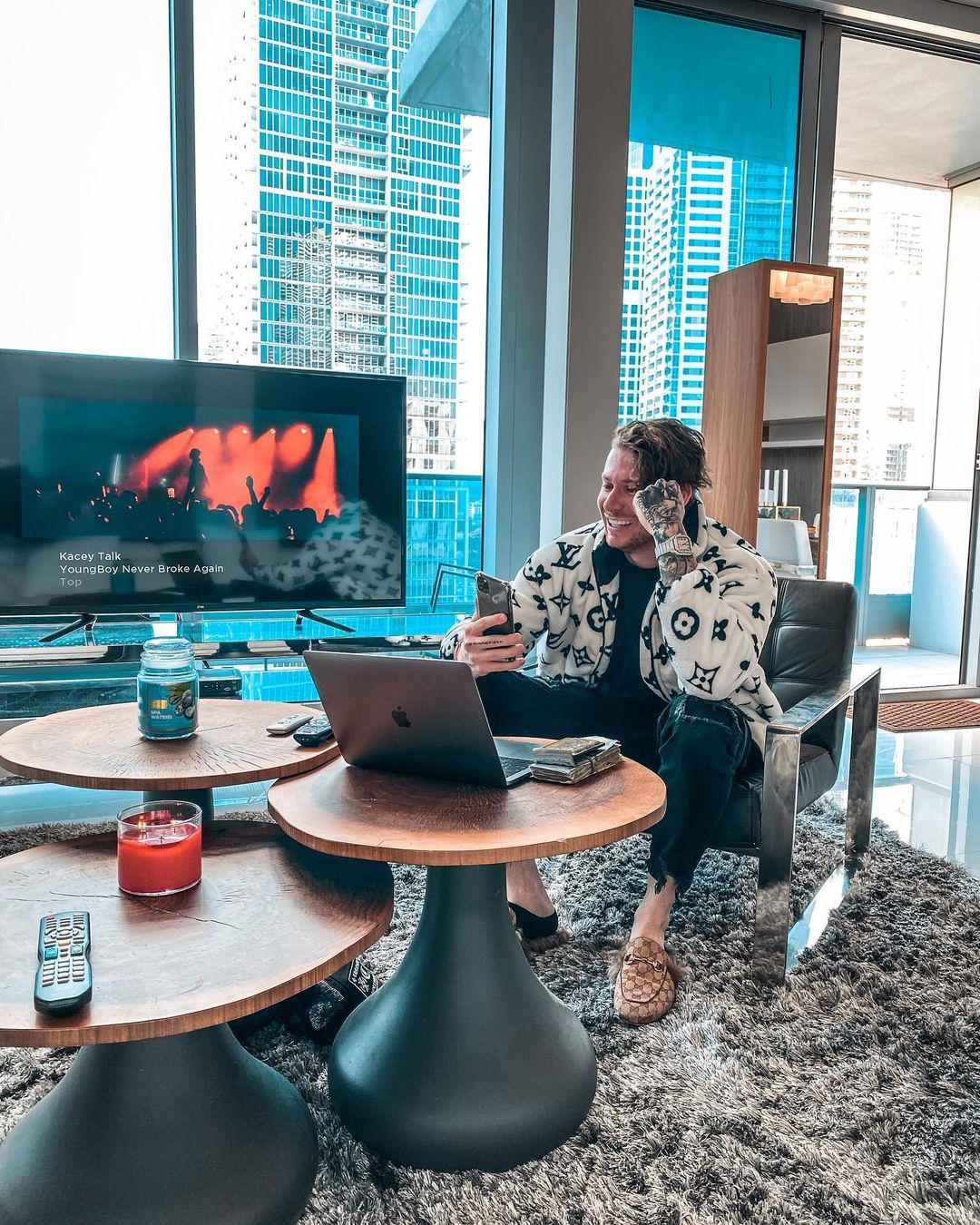 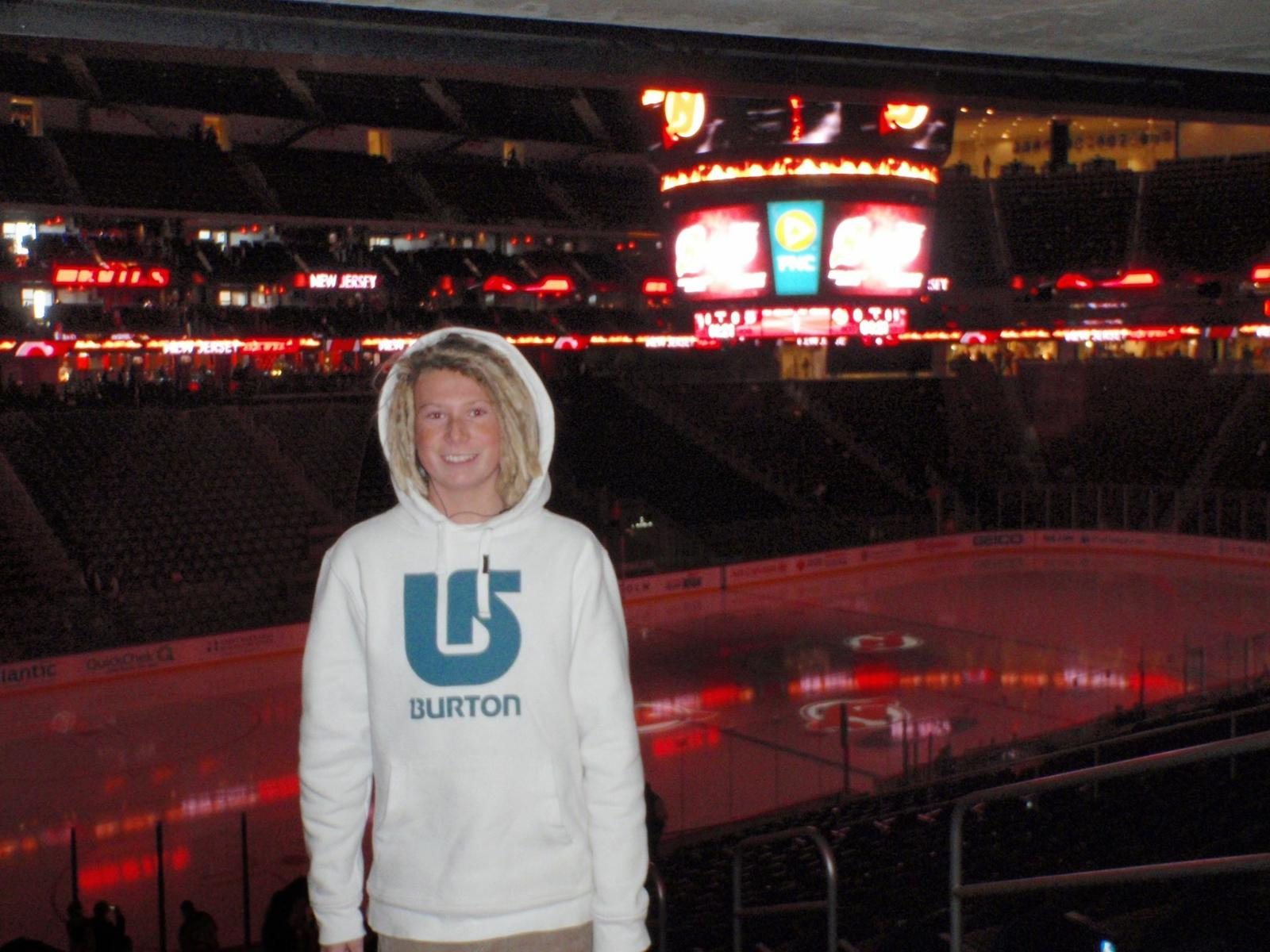 Branden at the age of 18 before his fortuneCredit: Jam Press

Branden said: “When I was younger, I saved up all the money I earned and began to work on growing my Instagram following.

“I read a book that told me to get me exposure and attention, and so I thought that focusing on social media would do just that.

“But I also followed different entrepreneurs who had the lifestyle I wanted and reached out to them to find out how to get there myself.

“That’s how I met my new business partners. I started talking to some guys in Arizona who ran a successful Instagram marketing business.

“After a few conversations online, they invited me to visit them. We met up and I loved everything about what they were doing. 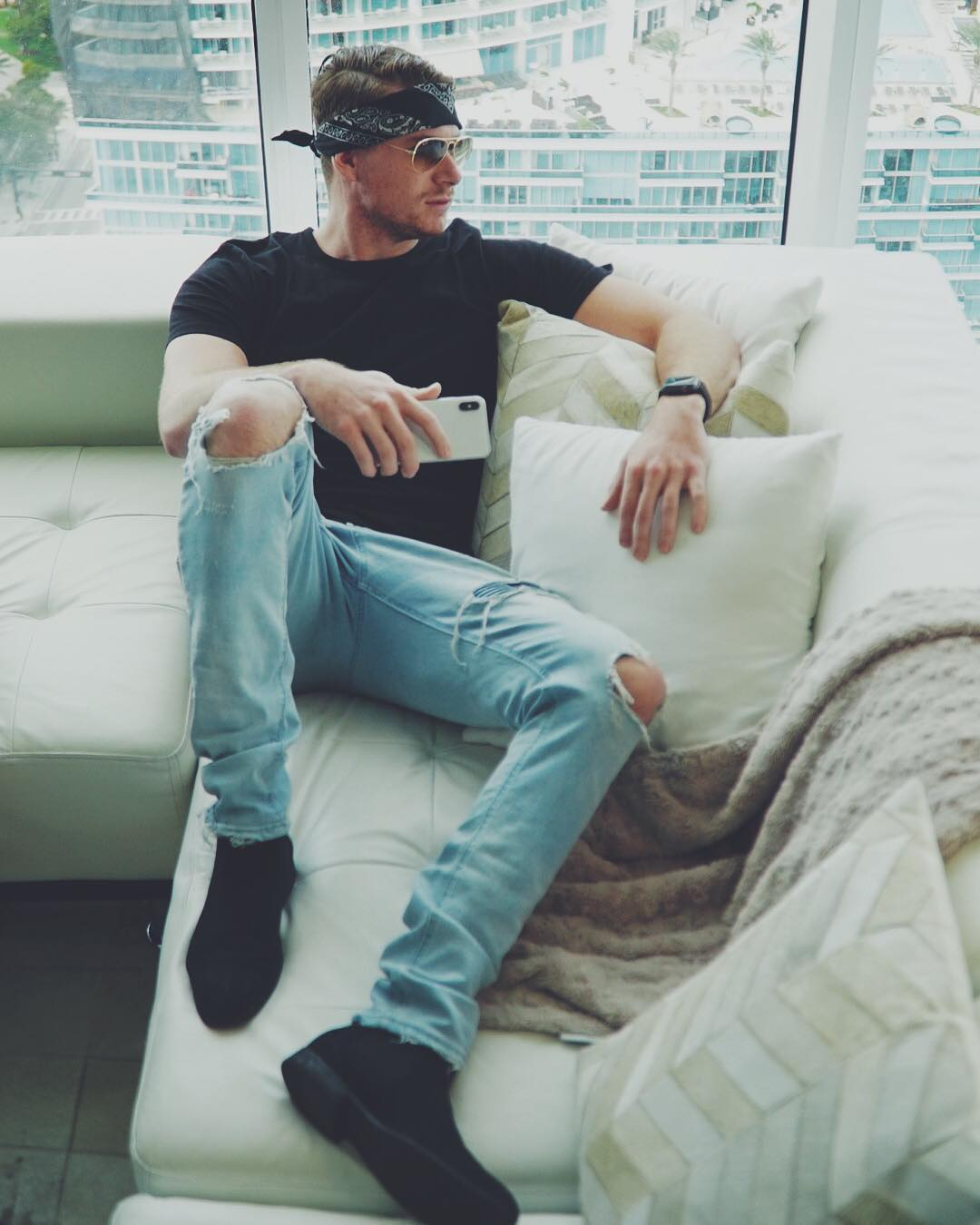 Branden is now a multi-millionaire with an impressive 238,000 followers on his InstagramCredit: Jam Press

“I saw the cars, the money, the success and wanted to be in their shoes.

“Before leaving, I said that they’d see me back there in 30 days, as I planned to return and start my own business.

“They didn’t believe me, until on Christmas Day I quit my job and drove across the country to start a new marketing company with them.

“They became my mentors for a while.”

But the entrepreneur is determined never to forget where he came from.

He said: “A lot of people just seem out for cash and recognition. If they fail, they have family and friends who’d bail them out in a heartbeat.

“My rise comes from a somewhat different place and though I almost hate to admit it, a lot of it is fear that my future will look a whole lot like my past.” 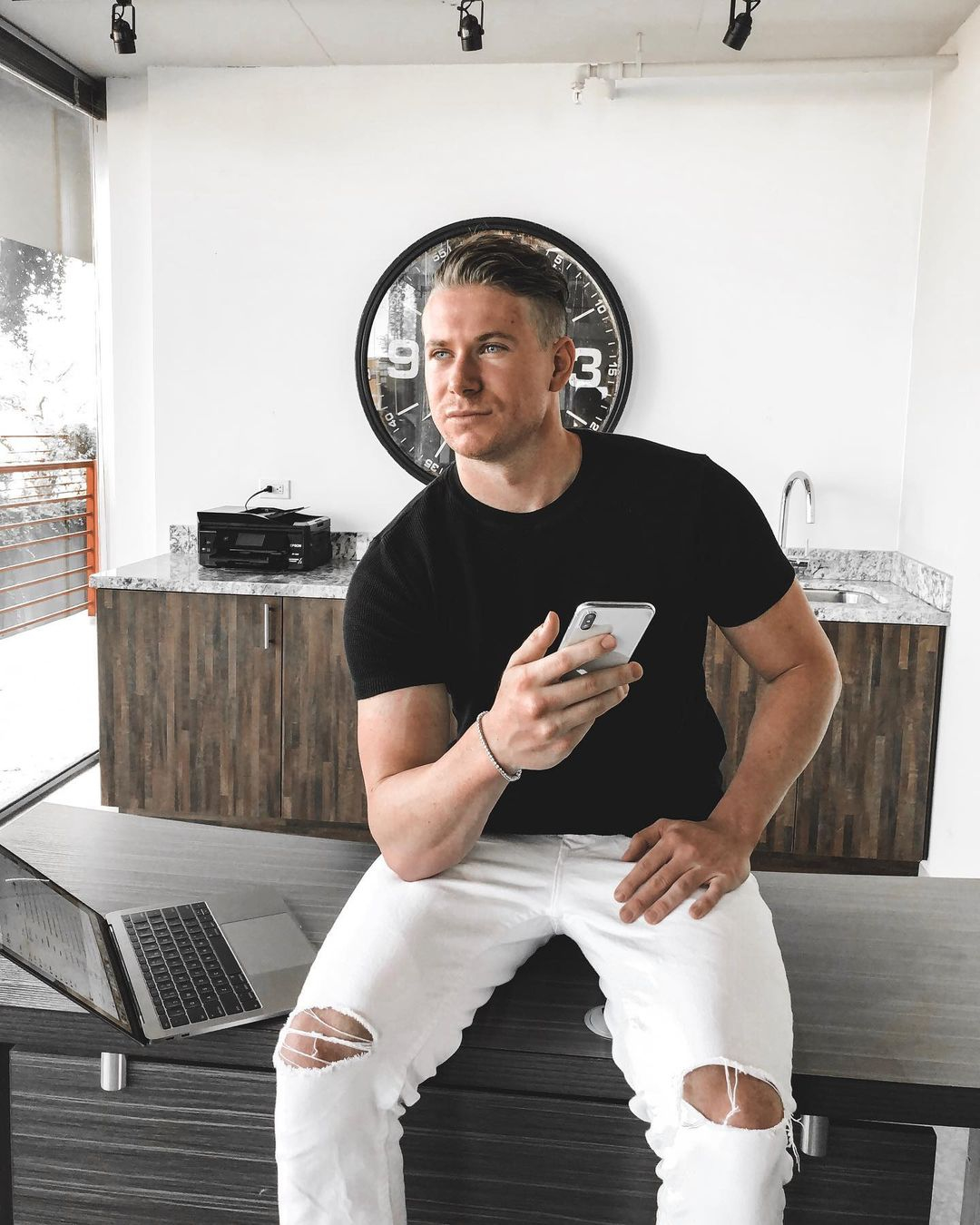 Branden’s top tip is to network, as good contacts could help you a long way, but books such as ‘Rich Dad Poor Dad’ have also helped the entrepreneur get to the next level in marketing.

He added: “Fully believe in yourself and always take that risk because trust me I have lived it and it is worth it. Bet on yourself!”

To thank his family for everything they did for him, Branden is now in the process of buying his mum a house.

“She deserves it, I am so grateful for her,” he said.

We shared how a broke student revealed how she had a high-flying London life for PENNIES, getting cuppas at the Shard & free tickets.