SPIRIT Airlines passengers were fuming on social media as the company issued a temporary ground stop due to “IT issues.”

Many were left stranded on Valentine’s Day as connectivity issues affected flights, according to a statement from the airline. 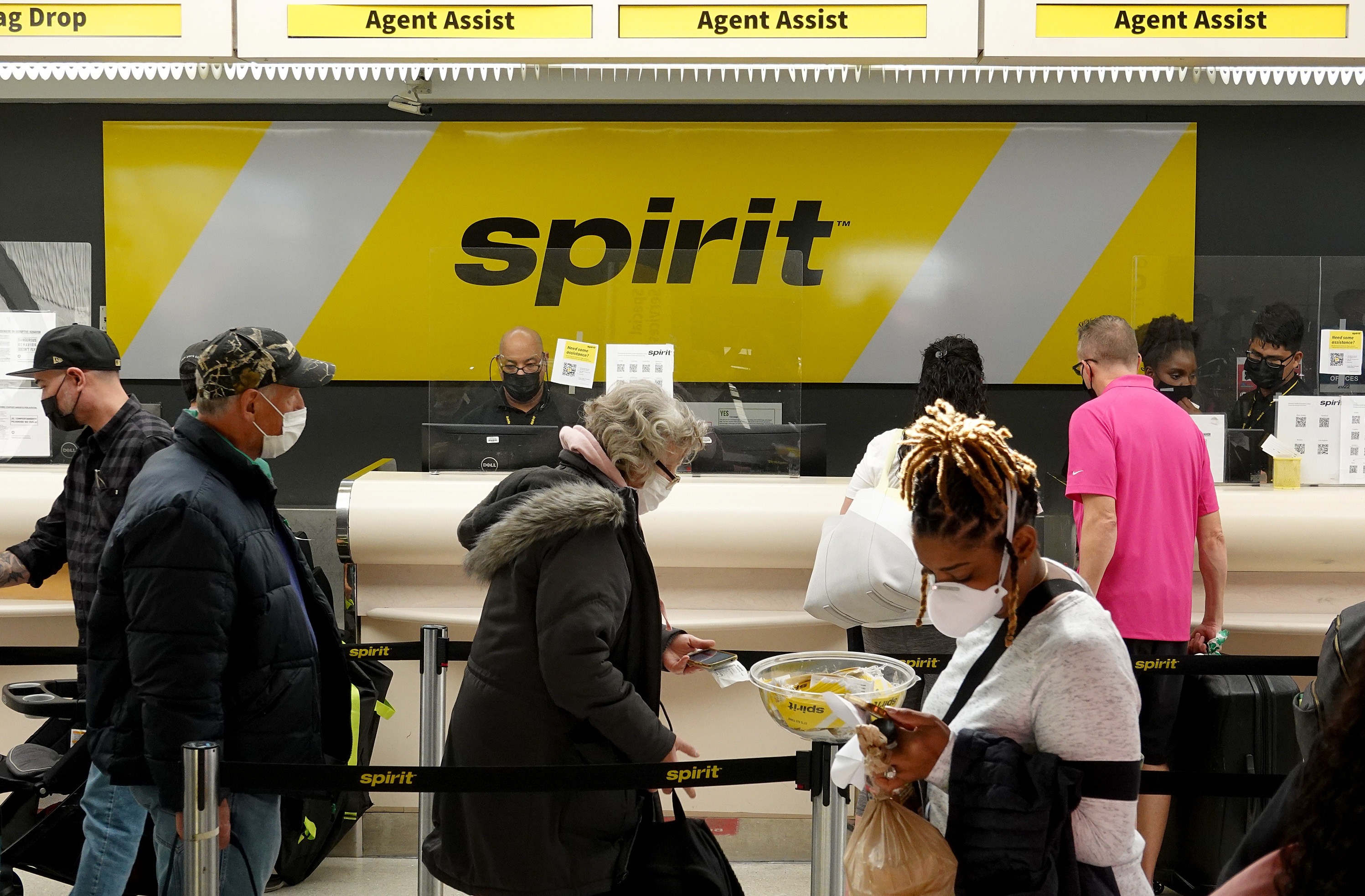 The issues have been resolved. Stock photoCredit: Getty

“How long until things will be up and running?” asked one Twitter user. “Stranded at the airport on Valentine’s is extremely annoying! How do you not have a back up plan to send flights out?”

Another Twitter user added: “Been sitting for almost 3hrs on the tarmac in Newark, hostess served a half cup of water and told my fiance he had to pay when he asked for some more.”

Jeff Rich, stranded in Chicago’s O’Hare airport on his way to Phoenix, told The Sun he was told at one point that he may not get on a flight tonight.

“Phoenix is home for me but we’ve got places to go in Chicago, we won’t be overly inconvenienced by this, but that’s obviously not the case for everyone,” he said.

“We just want to go home, I know a lot of people – whether they’re going home or going on vacation especially – don’t want to be sitting at this airport gate.”

Many on Facebook also expressed their frustration with the delays.

“We have been waiting for over 3 hours to leave out of Louisville,” wrote one traveler on Spirit’s page.

“I will be calling to get compensation for this inconvenience. Reservations have to be delayed. Be sure to let your patrons know we are appreciated.”

The airline posted an update just after 6pm EST saying they had resumed operations after IT issues created some delays and cancellations.

“Our airport operations are running, & we are working to restore website functionality,” read the statement. “Guests who need assistance can chat with us by scanning the QR code at the airport or SMS directly at 833-417-5700”

According to FlightAware, 31 percent of the airline’s 225 flights were delayed.

Those whose flights were canceled have the option of a refund, reservation credit, or to be rebooked on another Spirit flight, the company said.

Spirit Airlines did not immediately respond when reached for comment.

Back in August, it canceled 60 percent of its flights in just one day, leaving thousands stranded.

The airline canceled 416 of the day’s flights due to “operational issues” that had been impacting flights for three days.