I bought my dream party top from Shein, it took me two hours to unwrap and ruined my hands

HOW much pain could you go through just to wear your dream party top?

We can spend hours trawling the internet or trudging through the high street trying to find the perfect outfit. Whether it’s a swanky evening do or a night on the town, your look has to be just right. 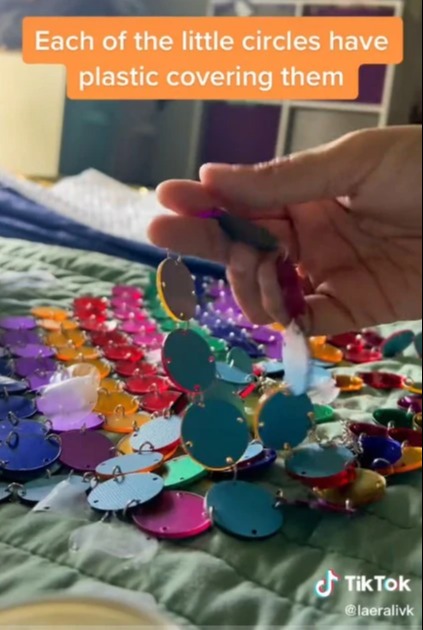 When you’ve finally found the one, there’s a catch. There’s adjustments to be made, a button that needs sewing back on or – as one poor shopper discovered – the entire outfit needs unwrapping.

Fashion brand Shein has got some seriously bad rap for its bad ethics and poor quality items.

Some embarrassed women suffered from broken clothes in public, while others brand their footwear a ‘total fail’.

TikTok user Katherine Villarreal was excited to find a dream party top on the Shein website to wear at an upcoming Harry Styles concert. But when it arrived, there was a huge, time-consuming and incredibly painful problem. 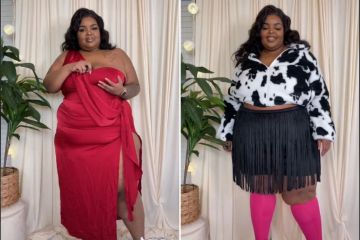 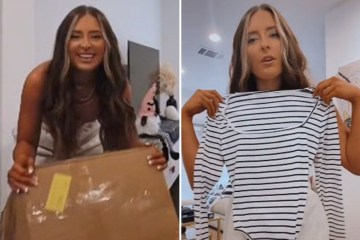 In Katherine’s video, watched by over a million people, she shares her story.

The fashion fan zooms in on a trendy top featuring colourful circular plastic discs, each connected by little metal clips.

“Got this top from Shein for the Harry Styles concert but each of the little circles have plastic covering them,” she types. “In order for them to be completely reflective and shiny, I have to remove every single one”

After showing viewers the irritating film covering each disc, Katherine speeds up the video to show just how long it took to pick each circle of plastic off the garment.

“Using my thumb was not working after an hour and it started to hurt so I elevated my misery,” she explains, pointing the camera at an ever-growing pile of individual plastic film pieces.

“Still so many more left to deplastic,” she shares.

After over an hour of painful picking, Katherine resorts to using a Cricut tool to give her sore hands a break.

“I should have used this Cricut tool from the get go,” she exclaims, adding a stressed emoji. “It made the last of this process go by a lot faster.”

“Two hours later and now I can finally try it on and decide what to wear for the Harry Styles concert next week,” she adds, showing the now bright and reflective top alongside a selection of pink and blue bottoms.

In another video, Katherine shows her followers the finished look, wearing the revealing top with a pair of high-waisted green satin trousers and some sparkly lilac heels. 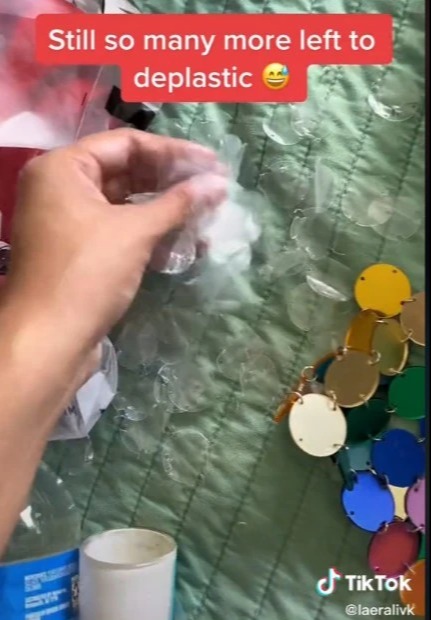 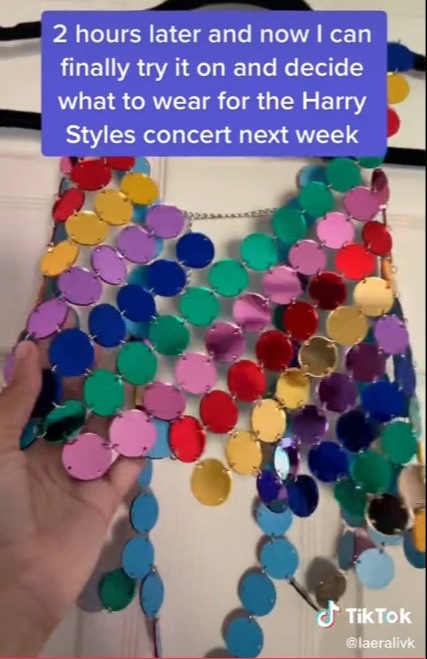 Katherine’s thumb and fingers were so sore from unwrapping the topCredit: TIKTOK/@LAERLIVK