A DALL-E mini user has accidentally created a beast of nightmares by feeding gibberish words into the artificial intelligence program.

The Dall-E mini is a publicly available AI program that converts text to words with amazing detail.

The creature resembles something out of a horror movieCredit: Twitter

The Dall-E mini is a fascinating program capable of generating nearly any image the human brain can conjure.

Viral Twitter accounts have been dedicated to posting the world’s best, weirdest, and funniest creations.

One user fed the made-up word “Crungus” into the program and it spat out images of a grotesque figure somewhere between monster and goblin.

“Why are they all the same man? Is the Crungus real? Have I discovered a secret cryptid?” the user wrote on Twitter. 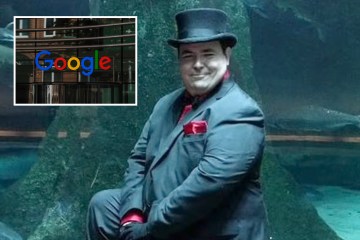 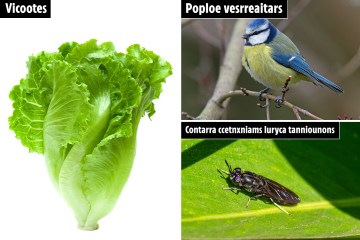 “Seriously though. I can’t find anything remotely like this on Google. And they are all SO similar. Is this real now because of me? Do the government have a Crungus and the AI knows??” the user added to their Twitter thread.

“Crungus” is absent from the Merriam-Webster dictionary, but it can be found in the Urban Dictionary.

The Urban Dictionary is a book of slang made of user-generated content. Futurism notes that most of the Urban Dictionary definitions for “Crungus” are too gross for print, and have nothing to do with the beast produced by the Dall-E mini.

Responses to the image say that the AI program is building off similar-sounding fictional monsters.

Beasts whose names start with the letter “C” from various niche franchises have appeared on the internet and may be influencing the model.

But the most frightening explanation comes from the original poster.

“Crungus is a creature that has always existed in a world slightly adjacent to ours and through humanity’s hubris in attempting to create a thinking machine, we’ve pierced the veil between worlds and invited something in that can never be sent away,” they told IFLScience.

Entering “Crungus” into the Dall-E mini will generate similarly horrifying images – it was not a one-off occurrence.

Perhaps it’s best if the dots remain unconnected and AI users continue on in a state of blissful ignorance.