TODAY, 600,000 more Brits will receive letters inviting them to make appointments at one of the seven mass vaccination centres opening across England.

And hundreds more GP-led, hospital vaccination hubs and the first pharmacy-led pilot sites will open from today — taking the total to around 1,200 in England.

Vaccine appointment letters will be sent out to everyone aged 80 or over who live up to a 45-minute drive from one of the new centres.

Matt Hancock said around two million Brits have already received their first dose of either the Pfizer/BioNTech or Oxford/AstraZeneca jab.

They include more than a third of the over-80s population — just over a million.

It means that by the end of the week, more than half the 3.2million population of over-80s will have received their first jab.

Health and care staff will also be invited in to have vaccinations at the sites as the NHS massively ramps up its programme to meet the Government’s target to jab 15million by mid-February. 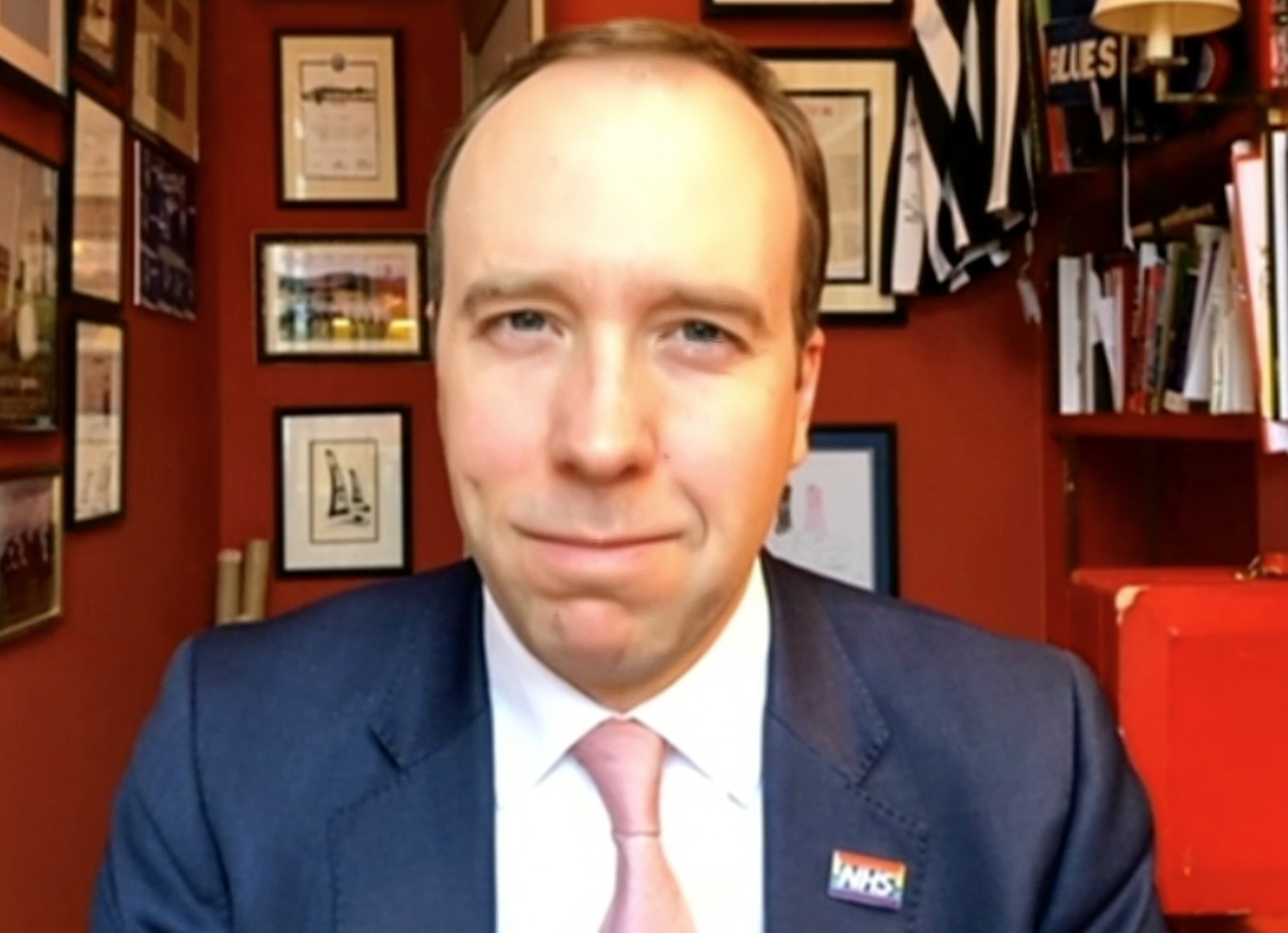 Matt Hancock has vowed that all adults will be offered a Covid vaccine by the autumnCredit: supplied by Pixel8000 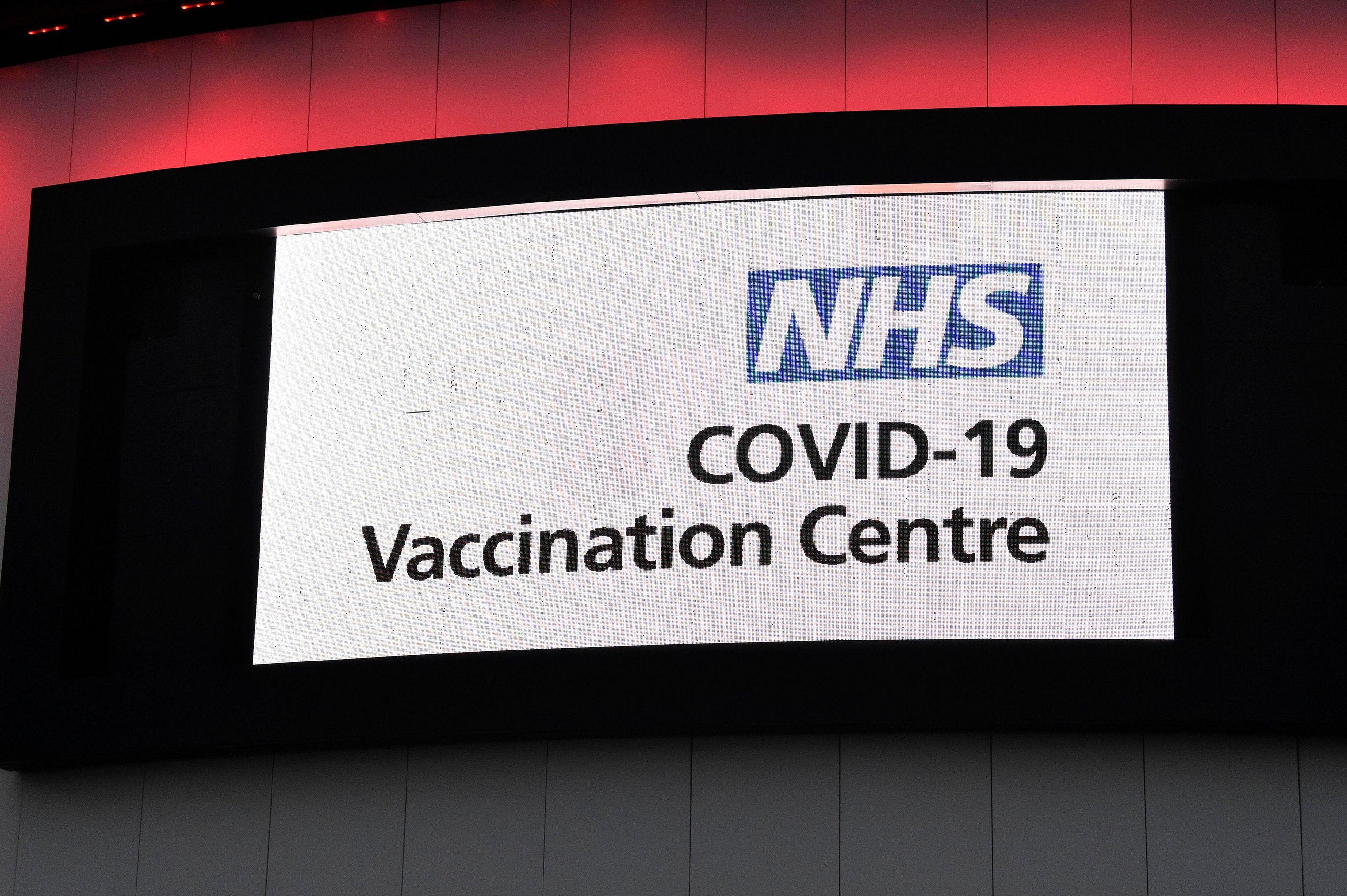 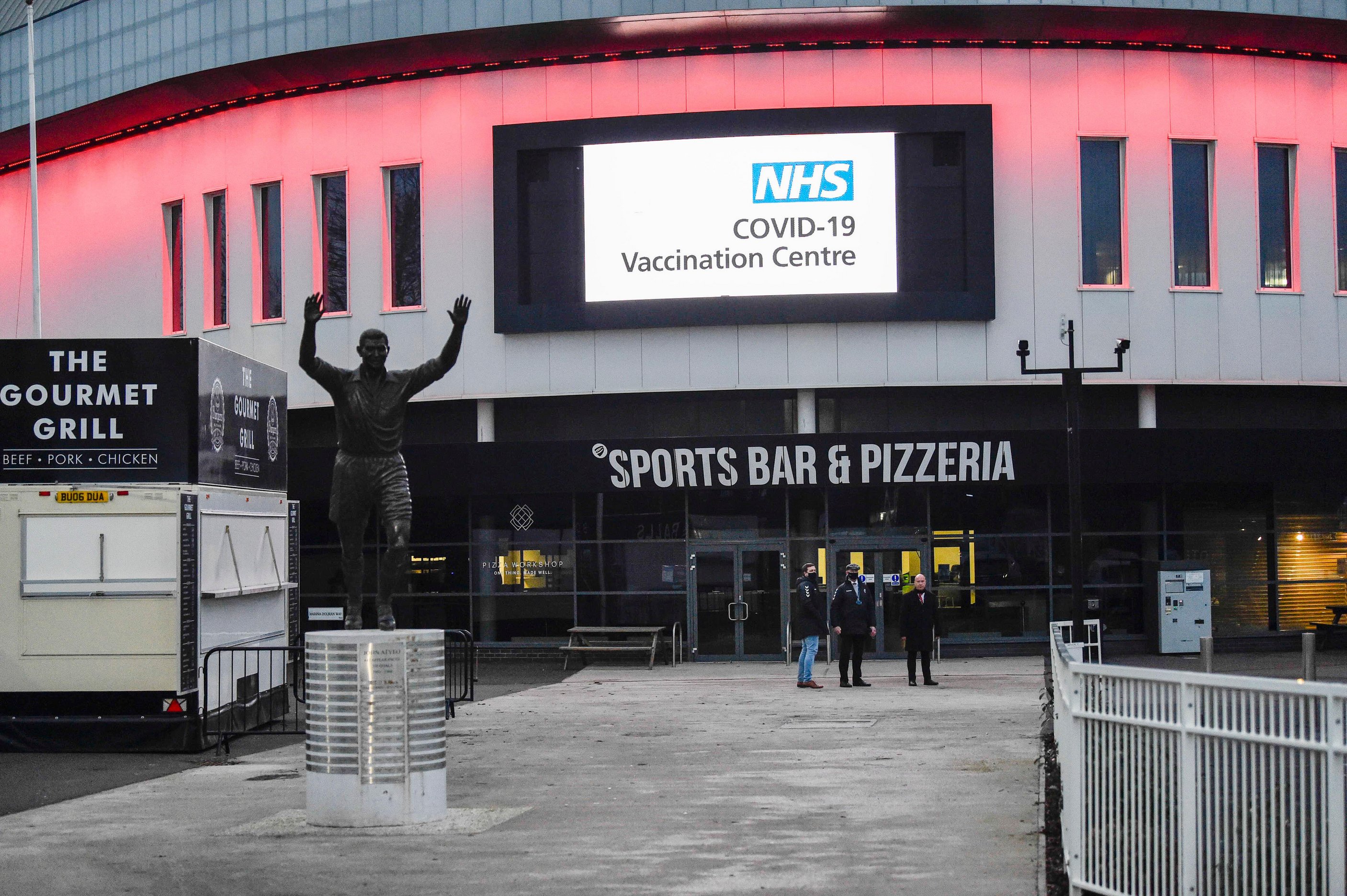 Thousands will be invited to get their vaccines at Ashton GateCredit: Alamy Live News

Epsom Downs Racecourse is one of seven large-scale vaccination centres being opened in the UKCredit: Reuters

A key worker gets the jab at a mass vaccination hub at the Centre For Life in NewcastleCredit: Getty Images – Getty

Yesterday, the Health Secretary said the UK is now vaccinating more than 200,000 every day.

Speaking of the number of doses ordered and set to be delivered, Mr Hancock told BBC’s Andrew Marr Show: “Every adult will be offered the vaccine by the autumn, absolutely.”

He also said: “From today, the full scale of our plans will be published, so the public can be assured of the time, effort and resources that have gone and will go into ensuring we protect the British people from the scourge of this virus.”

Professor Adam Finn, a member of the Joint Committee on Vaccination and Immunisation, said the vaccine roll-out will already have prevented thousands of people from having to be admitted to hospital.

He also said teachers could be put at the top of the priority list after all over-50s have been jabbed.

He said the JCVI, which decides the order in which people should receive the vaccine, will meet on Thursday to discuss which professions and groups should get it first.

Dropping a heavy hint teachers will be prioritised, he told Sky News: “When it comes to teachers, we all appreciate the critical role that they play and so that really will figure in the discussions.”

But he said that “doesn’t necessarily” need to happen before schools reopen.

Mr Hancock insisted there was no evidence that teachers catch the virus more than other professions.

He also urged key workers not to send their kids to school if at all possible in another desperate bid by the Government to reduce points of transmission.

He said parents should only ­continue sending their children to school during the lockdown if both are key workers.

Mr Hancock also warned Brits are highly likely to need a Covid vaccination every year for the foreseeable future.

He said it was likely it would be rolled out annually alongside the flu jab as part of a dual vaccination programme. And a top ­government scientific adviser warned that things will not necessarily return to normal even after vaccinating the most vulnerable parts of the population.

Professor Peter Horby, chairman of the Government’s New and Emerging Respiratory Virus Threats Advisory Group, said the virus will have to be managed with social distancing measures as well as vaccination for the coming months.

Prof Horby said information on the success of vaccines against new variants was very encouraging but warned the virus “will not go away”. He told Andrew Marr: “We’re going to have to live with it but that may change significantly.

“It may well become more of an endemic virus that’s with us all the time and may cause some seasonal pressures and some excess deaths, but is not causing the huge disruption that we’re seeing now.”

He said even after the elderly are vaccinated, the virus will have to be managed with social distancing as well as jabs for the coming months.

In addition to London, Bristol and Manchester, new vaccine ­centres were opening today in ­Birmingham, Epsom in Surrey, Newcastle, and Stevenage, Herts. The locations were chosen to cover as many people as possible, NHS England said.

The bitch is Vacc 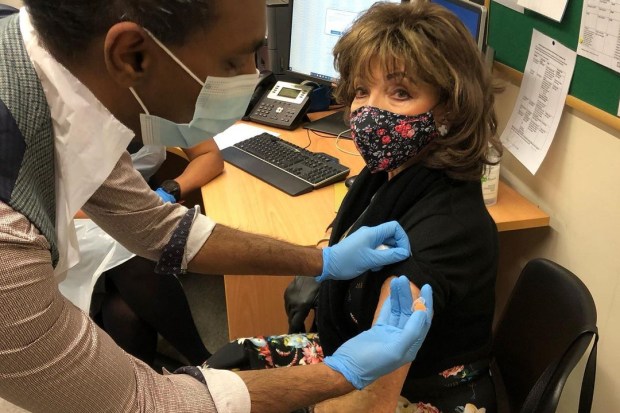 DAME Joan Collins became the ­latest elderly celebrity to announce she had received the vaccine.

She described the procedure as “painless and seamless”.

The former Dynasty star, 87, received the Oxford/AstraZeneca jab in London on Saturday morning.

Meanwhile, Boots said its first jabs site is due to open this week.

Of the 1,000 sites currently open, the NHS said almost 800 are GP-led services which are expected to deliver most of the jabs.

200,000 people getting Covid vaccine every day and EVERY adult will get it by autumn, Hancock says