GRANT McCANN is lucky to be alive so the pressure he has been under at Hull has never been a problem for him.

The Tigers boss came under so much flak last season after the club were relegated from the Championship.

The Europa Hotel in Belfast after the IRA bombCredit: PA:Press Association

And now he is fighting hard to try to guide the team out of League One.

But all that is nothing compared to escaping with his life after a thousand-pound bomb exploded near him in Belfast.

The then teenage McCann had literally just been driven past the Europa Hotel SECONDS before the monster explosive had been detonated by the Provisional IRA.

Growing up during The Troubles in the centre of Belfast worrying about just being able to negotiate surviving to the next day was a daily pressure.

And he said: “In Northern Ireland back then it was part of the DNA, you were right in the thick of it.

“I was lucky not to get involved in it all.

“In the heartland of Belfast, it was tough times seeing all those things happen as you were growing up.

“It was difficult but part of life and you got used to it.

“We missed out on being killed by seconds. I was in a car driving back from the Glentoran v Linfield game. 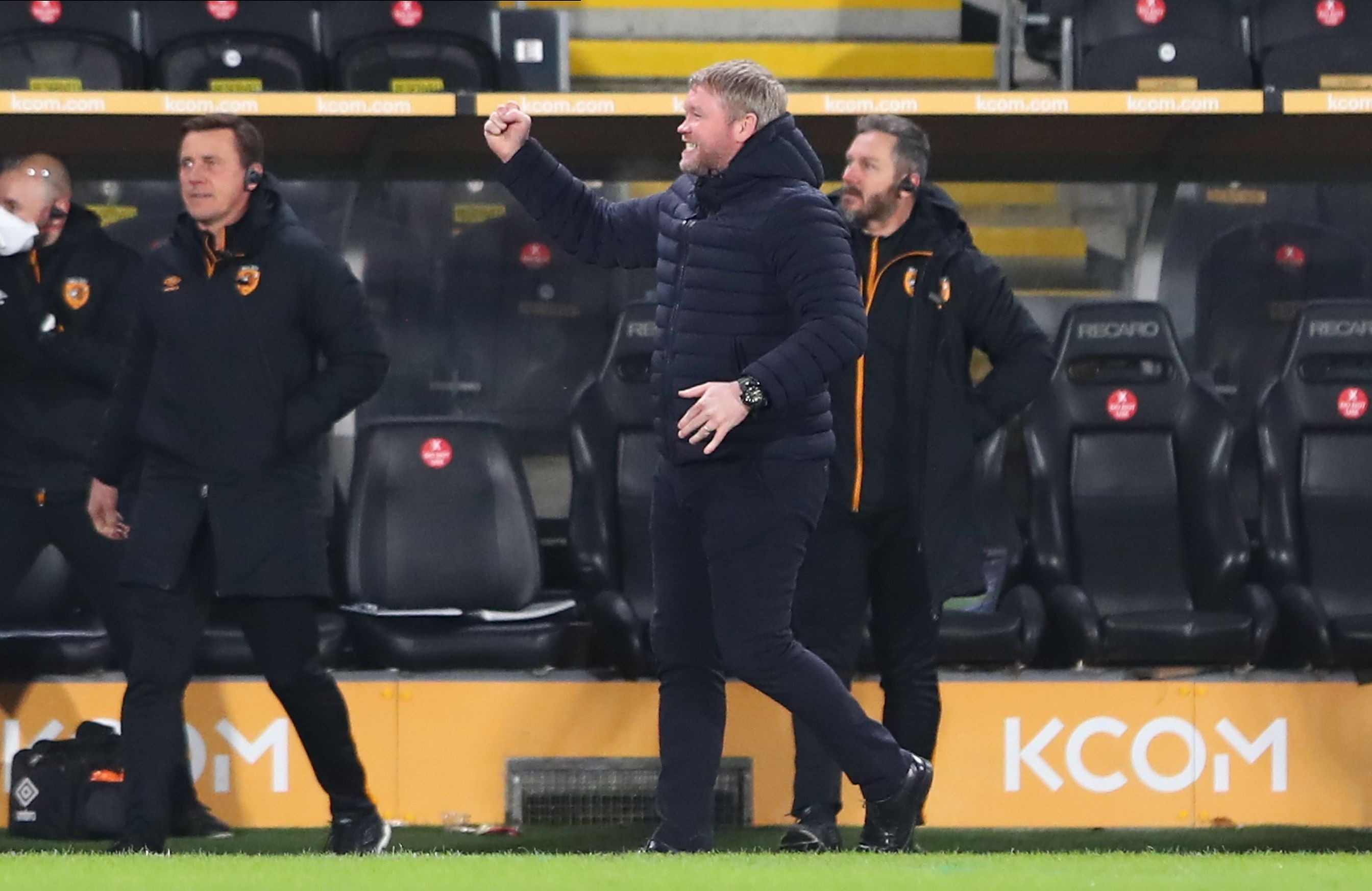 Grant McCann is now trying to get Hull City promoted back into the ChampionshipCredit: Rex Features

“We came back over the Boyne Bridge and turned into our street – and then there was the explosion.

“It’s those memories that give you reasons why you want to bounce back from adversity.

“You want to do the best for yourself and your family.

“Sometimes you feel lucky to be here so adversity you must always fight.”

The signing of the Good Friday Agreement in 1997 brought peace to the island of Ireland – and is a perfect example of how even something that seemed impossible can be achieved.

He said: “My family still live in the same house and it’s a lovely place now – quite a contrast from when I lived there when I was 15.

“I can’t believe how it has changed.

“There will always be some tension there but it’s not like it was.

McCann (No34) scored this bizarre own goal at Ewood Park while a West Ham player in the Premier LeagueCredit: Getty Images – Getty

“Back then you couldn’t walk through the city centre because you were so scared but in 2021 it’s a great multi-cultural city and everyone is living peacefully.”

McCann’s life and football career as a player and manager has a recurring theme of him bouncing back from adversity.

The Hull boss moved across the Irish Sea aged 16 to join the famous West Ham academy at a time when the likes of Frank Lampard, Rio Ferdinand,

Joe Cole and Michael Carrick were coming through the ranks.

But unfortunately his time in East London will be best remembered for a bizarre own goal in a 7-1 humiliation at Blackburn in the Premier League.

Attempting an easy clearance from just in front of his goal, he ended up making a hash of it with the ball bouncing back off his own leg and past Shaka Hislop.

He said: “I came on at half-time when we were 3-0 down and was playing really well in midfield until the point Tomas Repka got sent off and I had to go to left-back, a position I was new to and was up against the quick wingers Blackburn had at the time. 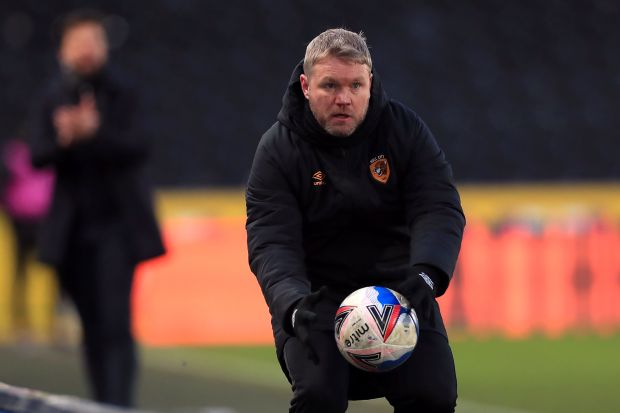 Grant McCann’s clubs as a player and manager

“It wasn’t a sending off – and whenever I see Andy D’Urso I keep thinking,

‘You cost me quite a few games in the Premier League.’

“Glenn Roeder told me I wasn’t going to be involved in the next game because he thought the West Ham fans might get on my back.

“These are the sort of things that are there to test you. To bounce back you need to have a strong character – you must crawl out from under that rock and stand up in the face of adversity.”

McCann comes from a time when up-and-coming top young talent were not pampered and had to earn their keep.

Modern-day employment lawyers would have had a field day with McCann not being allowed to leave until every single bit of tape in the physio room was parallel and set to where the physio wanted it. They call it bullying nowadays.

But McCann said: “It was part of your apprenticeship. The first-team players left the training ground at 1pm but you’d have to stay until 5pm-5.30pm making sure everything was spick and spam for the next day.

“Everyone had an individual job and mine was the physio room. It was such a difficult job because there was so much tape left all over the place. You had to put it all back in the correct order.

“But what it does is give you a bit of responsibility and to do it as best you can in that role.

“These are things you had to do as a kid and everyone had their job – changing rooms, toilets or whatever it was.

“I wasn’t a cleaner and hadn’t come from Northern Ireland to clean boots or toilets. But all those things make you grow up – doing that sort of stuff.

“Making sure the players’ boots were clean for the next day. They would just throw their boots at you. These were things that helped me in my career and helped me get on that platform to be the best I could be.”

McCann went on to have a decent EFL playing career with Cheltenham, Barnsley, Scunthorpe and Peterborough.

And having managed Peterborough and Doncaster where he guided the club to the League One play-offs, he is desperate for success with Hull.

But, one thing for sure, whatever happens between now and the end of the season, McCann will not go hiding.

WAYNE ROONEY is impressing at Derby.

After the Rams snatched a point against their bitter foes Nottingham Forest on Friday night, he was keen to speak about players taking responsibility for themselves on the pitch.

The former England, Manchester United and Everton star was a master of that. How many times did we see him take a game by the scruff of the neck during his glorious career?

I asked Wayne how frustrating it must be for him to watch sloppy mistakes and players not leading by the same example he used to set now he has swapped his boots for a tracksuit.

And he laughed: “The players are doing much better than when I was in the team!”

Well, results-wise this season, he is right of course – but Rooney, even at the age of 35, is better than most Championship players.

But he said: “I spoke to the players afterwards and felt we were encouraging Forest presses in the second half and were making sloppy mistakes.

“So even though we have given the players a structure to play from, someone has to take responsibility on the pitch.

“Someone should say, ‘We’re causing ourselves problems here – let’s push up.’ Someone in that team has to take responsibility.

“Whether that be a centre-back or keeper or whoever – someone has to lead and make a decision on the pitch.”

Absolutely spot on and the sense he talks is already having a great impact.

The Rams – who were six points adrift of safety when he took over – have now won nine and drawn five of his 22 games in charge and nine points above the drop zone.