THIS is the terrifying moment a crocodile was seen lurking in the SEA near a popular family beach.

The creature was spotted in the shallow waters by David Devine in Queensland, Australia. 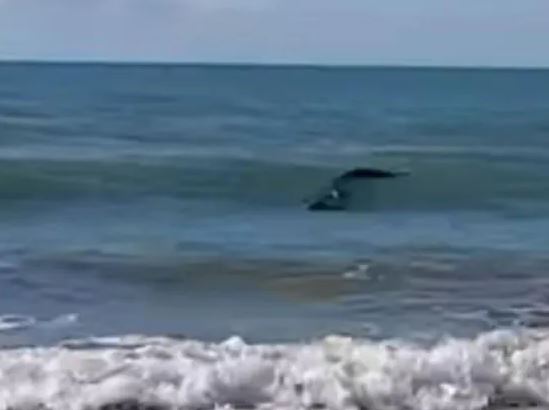 The croc was spotted lurking in the sea near a beach popular with familiesCredit: 7 NEWS 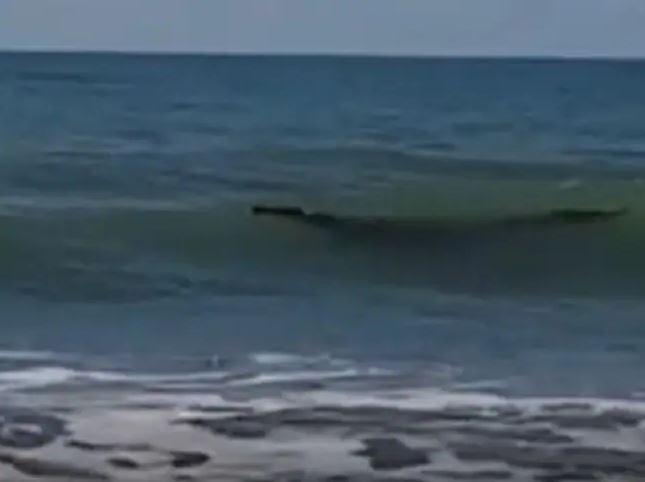 The four metre croc reportedly prowled along the Queensland coast for about five minutesCredit: 7 NEWS

The pictures show the huge 4 metre reptile prowling merely metres away from the Fernborough Beach that was packed sunbathers.

David explained how he watched the croc drift for about five minutes.

“I just finished casting my line in when I noticed a log out in the ocean,” he told 7 NEWS.

“I thought, ‘that’s strange’. I had a closer look and I actually saw it was a croc.

“Just to see a croc out in the wild was amazing. First time I’ve ever seen one out here.”

According news.a, there were no croc warnings at the beach, but local authorities have since installed temporary signs to warn beachgoers of the dangers they pose.

Locals are also being urged to monitor the situation by downloading the QWildlife app. 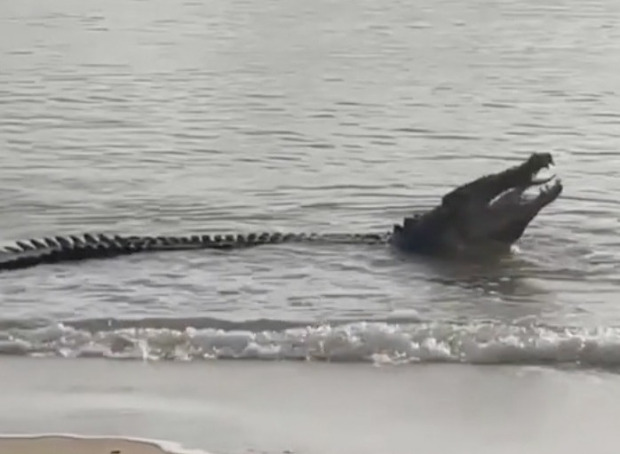 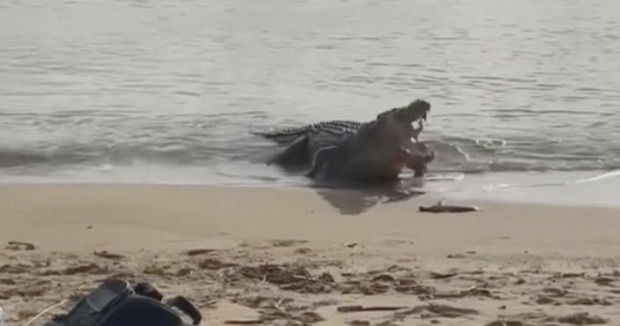 Shocking onlookers, it came ashore to eat a baby shark which had been caught only moments earlier by a woman

It comes amid a number of shark related incidents that have already plagued the Austrlian coastline this year.

In February, a 13ft “monster” crocodile was seen eating a shark moments after a woman caught it on her fishing line in Cardwell, in Far North Queensland.

Leaving the woman “shaking,” it provided a stark reminder as to the dangers that the killer reptiles can pose.

Yvonne Palmer, who posted the footage on Instagram said: “I just caught a shark, which I couldn’t get back into the water because this fella was coming and now he’s going to come and eat it and I am going to sh*t myself.”

A few months later, another croc appared off the Northern coast of Austrlian coast – this time seen squaring up to a shark in a battle of the apex predators.

Drone footage shows the tiger shark trailing the croc for around two minutes, before the reptile quickly climbed onto nearby rocks to escape any conflict.

Photographer Duncan Brotchie said: “I’m just glad I wasn’t in the water at the time.

“It was pretty gnarly being on the rocks just 10 metres away.” 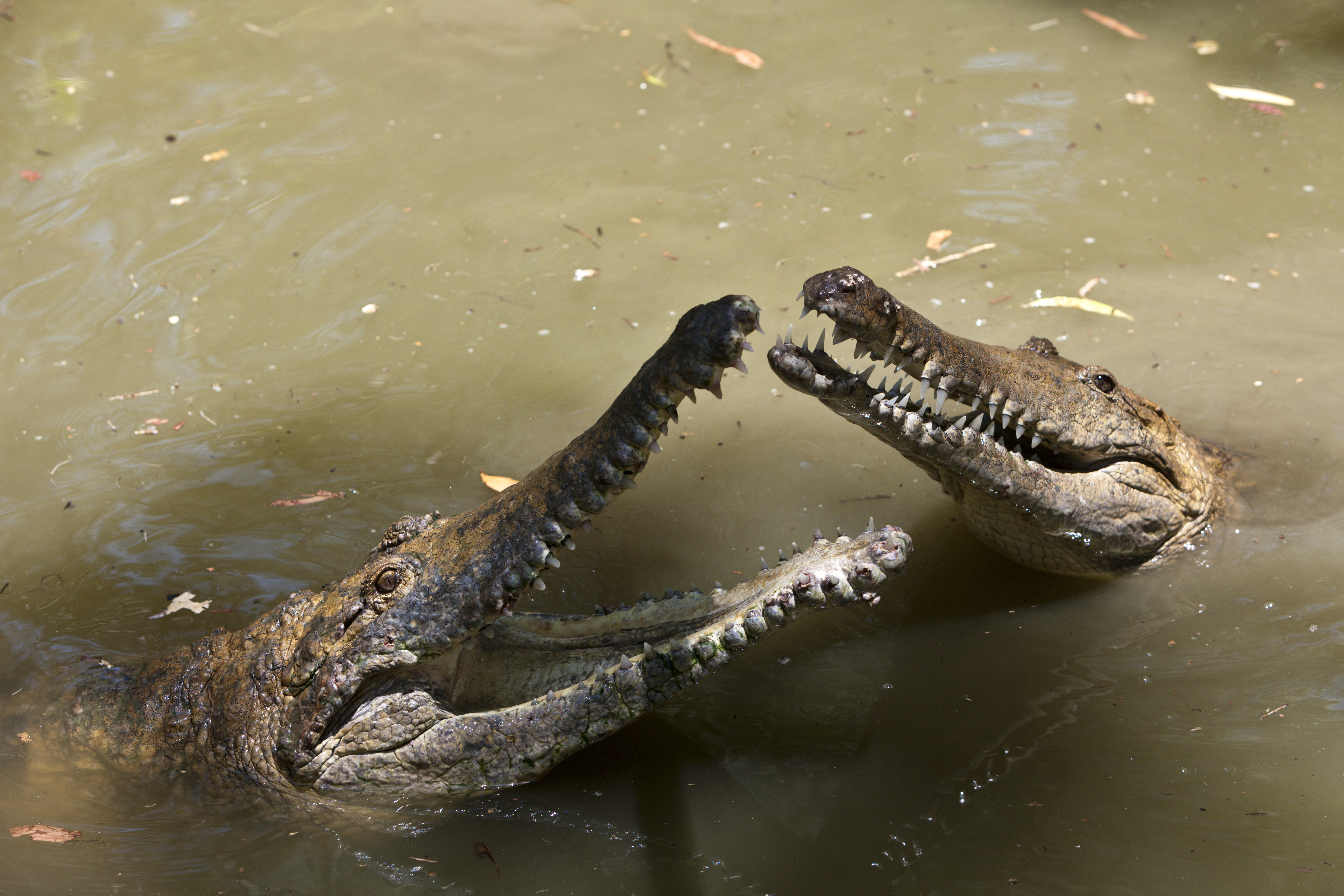 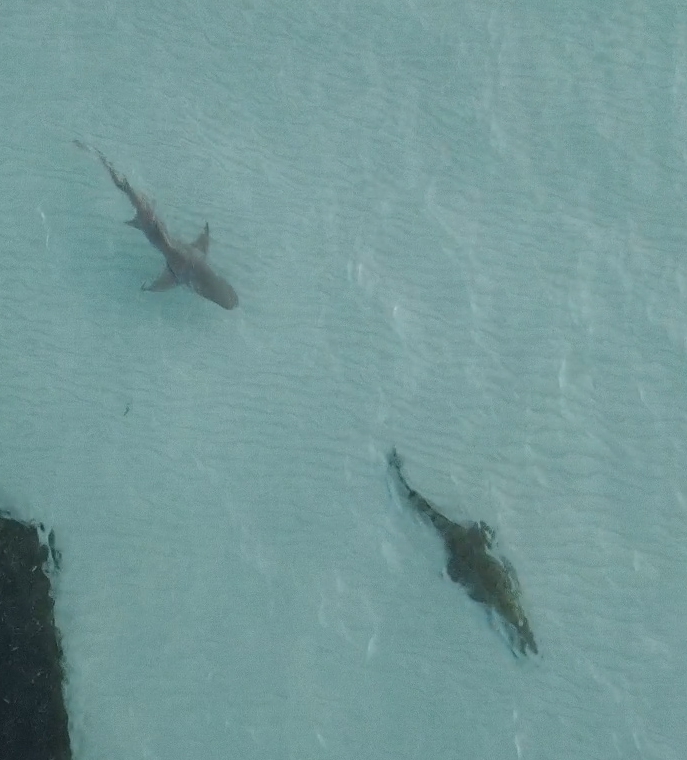 In April a croc was spotted going to head to head with a shark in the country’s Northern territoryCredit: ViralPress 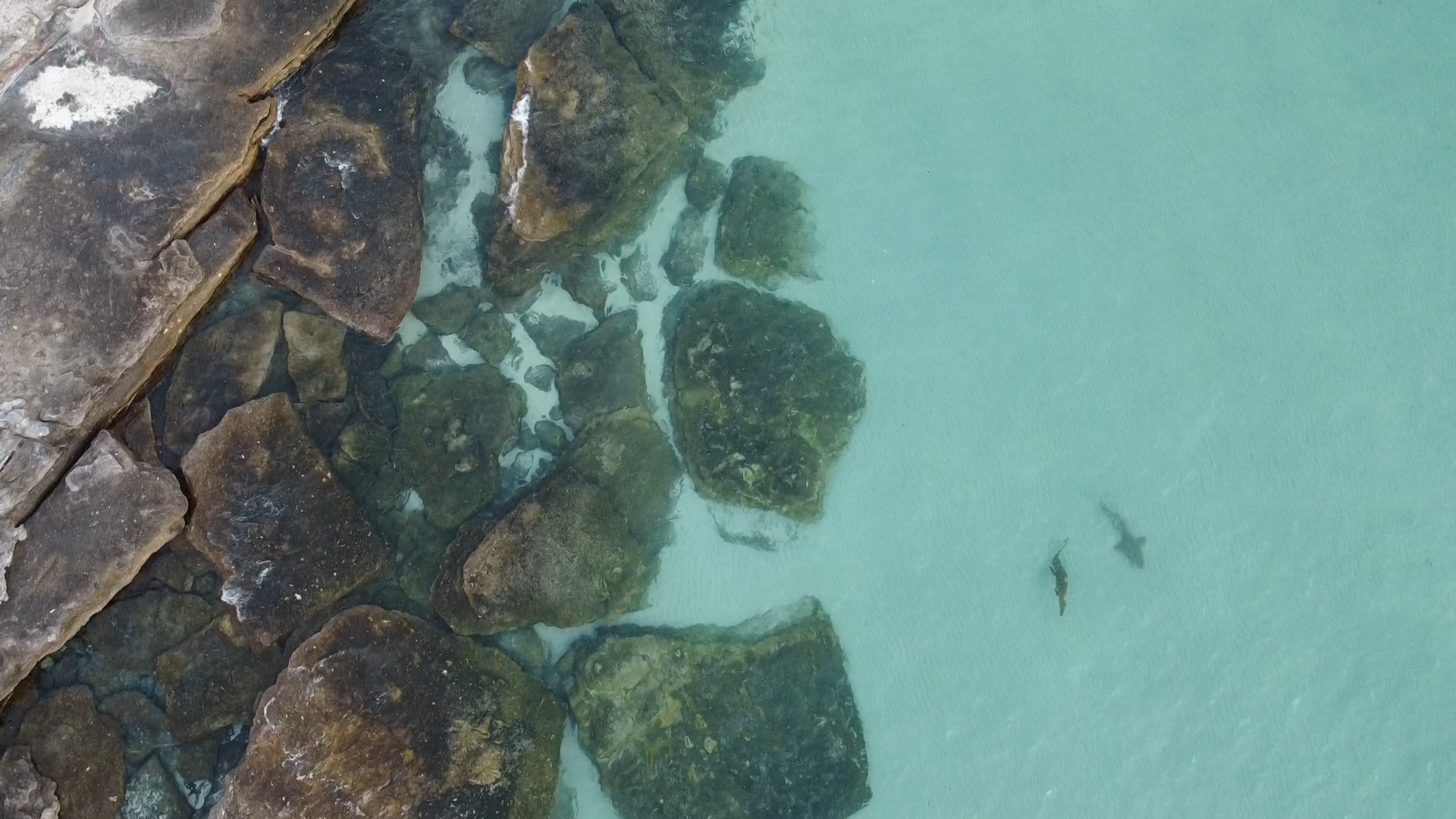 The images were captured via drone footageCredit: ViralPress