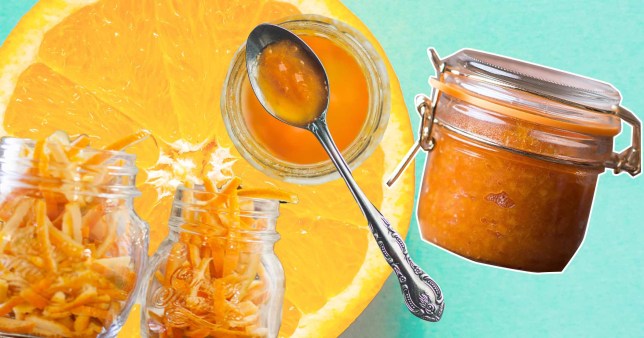 It’ll be worth it (Picture: Getty)

The first lockdown was bursting with banana breads and sourdough loaves, while the second was the turn of cinnamon buns – but it looks like there’s a new kid on the block for this third time around.

People are turning their attention to marmalade – and Instagram is bursting with photos of the sticky spread.

This could be because Seville oranges (which are typically used to make marmalade) are in season right now until mid-February – so there’s only a week or two left to snap them up at their peak.

But the good news is that they also freeze well (whole), so you could stock up on a few for the future.

In many ways, marmalade is made in a similar way to jam – although there are some important things to remember, like the fact the orange preserve is made with the whole fruit, along with the rind. 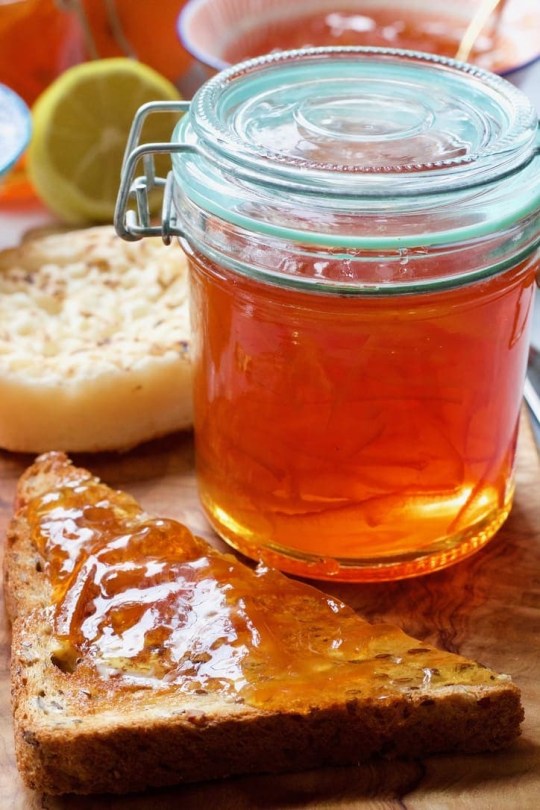 Jo Allison, from Jo’s Kitchen Larder, has shared her recipe on how to make orange marmalade. You’ll also find helpful step-by-step photos and advice for beginners on her website.

1. Put 3-4 small saucers/plates in the freezer for later. You will need them to check whether your marmalade has reached the setting point later.

2. Prepare the jars and make sure you’ve got the lids for all of them to avoid lots of faff later.

3. Cut oranges in half and squeeze out all the juice pouring it into the pan through the sieve. Remember to keep the pips.

4. Cut the orange peels into quarters and using a teaspoon (find one with relatively sharp edge) scrape out as much of the white pith from the skins as possible. Put it aside with your saved orange pips.

5. Take a muslin square/cotton cloth/cheese cloth and put all the pips and pith on it, gathering into a parcel and tying it up with a string or a strong thread. Do not skip this step as this pip/pith bag contains a lot of pectin you will need for your marmalade to set. Put the bag into the pot and tie it onto the handle for easier removal later.

6. Cut orange peel into strips. Once you’ve sliced all the peel pop it into the pan.

7. Halve and juice one lemon before adding the juice to the pan.

8. Pour 2.5 litres water into the pan and place it over medium heat and bring to boil. Lower the heat and simmer for approximately 2 hours until orange peel is nice and soft. You can check it by giving it a gentle squeeze between your fingers.

9. Remove pan from the heat. Take muslin bag out of the pan trying to squeeze out as much of the pectin goodness as possible by pressing it against the side of your pan with the spoon or squeezing it with your hands (wear gloves as it’ll be super hot). Add sugar to the pan and put it on low heat until it dissolves stirring from time to time. Make sure you let the sugar dissolve completely before you crank up the heat and bring marmalade to boil.

10. Once sugar has dissolved, increase the heat and bring the mixture to boil (it may take some time). When you get to the point of nice rolling boil with lots of foamy scum on top, let it boil for 15 minutes.

11. Take your saucer out of the freezer and spoon a little bit of marmalade onto it to check whether it’s set. Push the liquid with your finger and if it wrinkles your marmalade is done. If it hasn’t reached setting point, continue boiling it for another 5-10 minutes and do the wrinkle test again. You might have to repeat it few times so don’t get discouraged.

12. Once your marmalade has reached setting point, turn off the heat and let it sit for 10-15 minutes. Skim the excess scum with a spoon.

13. Transfer orange marmalade to sterilised jars, cover with lids and leave to cool. Marmalade will continue to set as it cools down.  Once your jars are completely cold you can put labels on store in dark and relatively cool place or enjoy immediately.

NTIA fear “extinction” of nightclubs in the UK without government action