DOGECOIN surged in value by more than 900% in 24 hours earlier this week, encouraging amateur investors to get in on the action.

Many are looking to apps like Robinhood and UStocktrade to help them to invest in the cryptocurrency – but these come with their own risks. 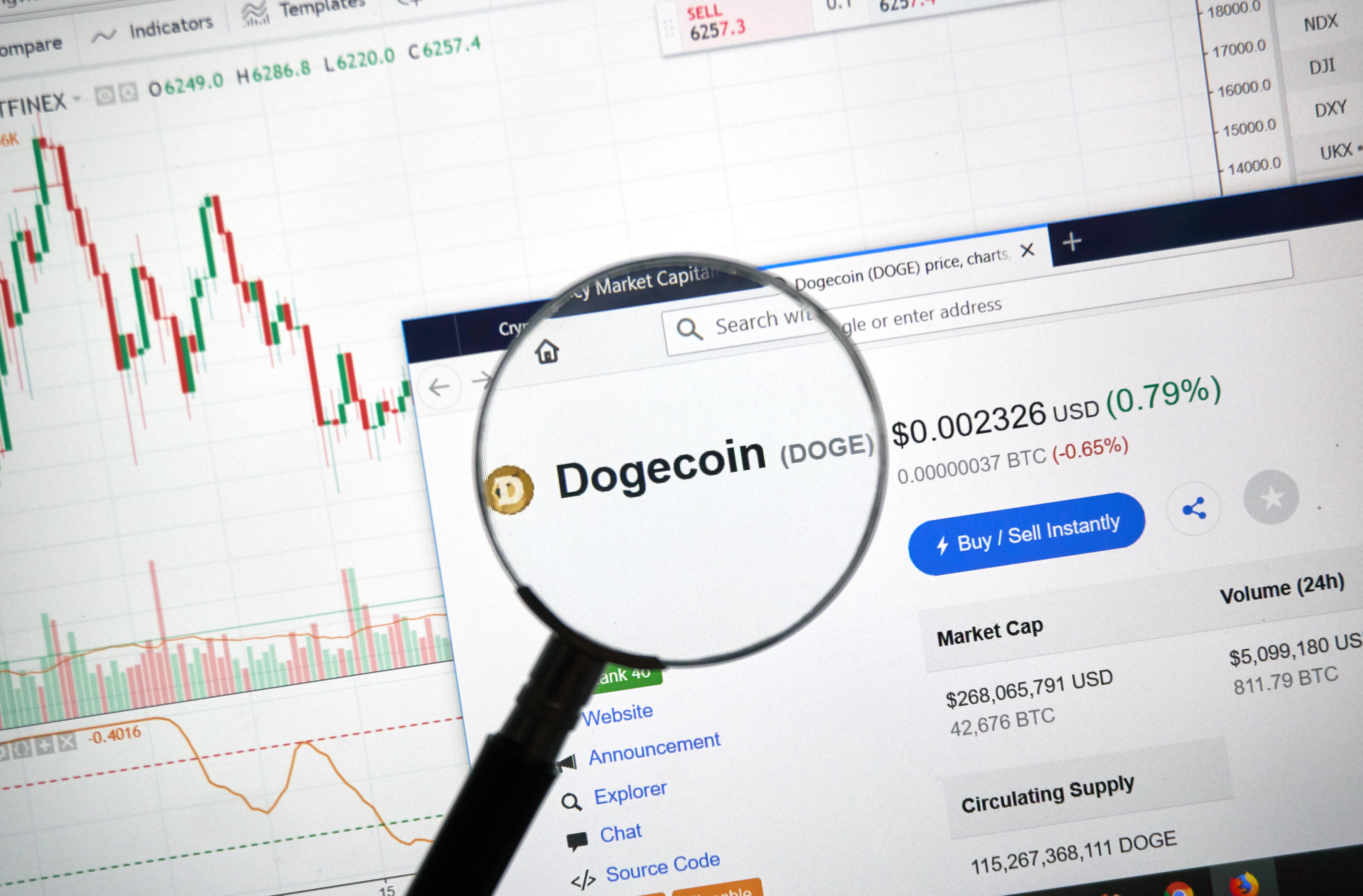 Dogecoin was initially created as a joke, a parody of BitcoinCredit: Alamy

Buying cryptocurrency is a seriously risky businesses too and you must be prepared to lose all of your cash if things go wrong.

They’re highly volatile meaning your cash can go down as well as up in no time at all.

Before parting with your cash, make sure you’ve carried out thorough research and are confident that you can afford to lose your investment.

Similar to Bitcoin, Dogecoin is a cryptocurrency which was launched in 2013.

Originally invented as a joke by software engineers Jackson Palmer and Billy Markus, the Dogecoin has the image of a Shuba Inu dog as its logo.

It has been marketed as the “fun” version of bitcoin. 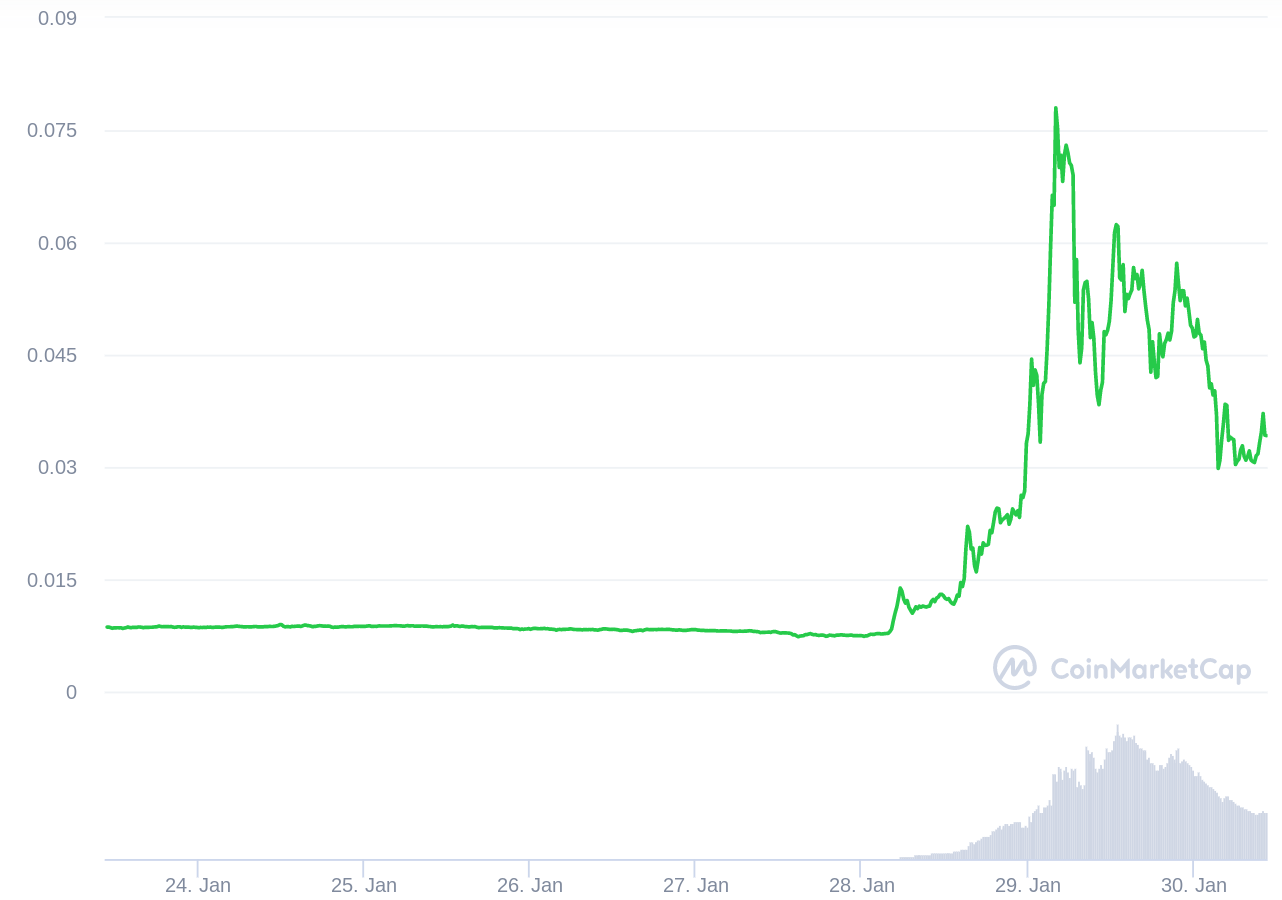 The value of Dogecoin has rocketed in recent days

Two weeks after its launch, the value of it jumped 300% after China banned banks from investing in cryptocurrencies, according to Investopedia.

Dogecoin then skyrocketed alongside other cryptos during the bubble that peaked in 2017, and it fell with the rest of them over 2018.

At its height around 4am on Friday (January 29), Dogecoin was trading for $0.075 (5.5p) per coin, according to crypto data firm CoinMarketCap.

How risky is Dogecoin?

The Financial Conduct Authority (FCA) recently warned Brits they risk losing all of their cash when investing in cryptocurrency.

Cryptocurrency investments often promise high returns but come with “very high risks”. They’re not protected like other types of investment either.

“If consumers invest in these types of product, they should be prepared to lose all their money,” the FCA warned.

Firms offering other cryptoassets must now be registered with the FCA , and anyone who does invest in cryptocurrencies should check before investing.

But consumers are unlikely to be protected by the Financial Services Compensation Scheme (FSCS), which covers up to £85,000 of your savings if a firm goes bust.

You’re unlikely to take your complaint to the Financial Ombudsman Service (FOS) either, which typically only covers traditional savings and investments if something goes wrong.

Plus, there’s no guarantee that the cash will be converted back into physical money.

Tom Stelzer, investing expert at personal finance comparison site finder.com, said: “While Dogecoin’s sudden rise has captured the attention of many investors, it remains an extremely risky and volatile investment.

“Unlike Bitcoin, Dogecoin was initially created as a joke, and has no real underlying value.”

It comes as Brits have been banned from buying “harmful” types of cryptocurrency investment in the UK.

What are the dangers of buying cryptocurrency on apps like Robinhood?

Platforms like Robinhood and Ustocktrade claim to make investing so simple that anyone can give it a go – though they come with their own risks.

It’s worth noting you can’t use Robinhood in the UK, while Ustocktrade is UK based.

“The danger of buying cryptocurrencies on platforms like Robinhood is that you don’t actually own the underlying asset,” explained Mr Stelzer.

“This means that if you want to move your coins, you won’t be able to do so, and if Robinhood decides to restrict trading at any point, you may find you’re unable to sell when you want.”

Several Robinhood users reported problems with the platform after the investment company clamped down on the stocks claiming they were too volatile following huge price swings pushed by a Reddit group.

The issues were reported just minutes after Robinhood removed GameStop, AMC and other stocks that are part of the “Reddit Rally” from its app.

It sends frequent push notifications to users about their stock positions, and when they make their first trade, confetti “rains down” in the app.

In response, Robinhood has argued that the app’s features “are meant for informational purposes only, and are not intended to serve as a recommendation to buy or sell any security.”