SHE was a wide-eyed university student barely out of her teens when Playboy tycoon Hugh Hefner spotted something special about her.

And he did not hang around. 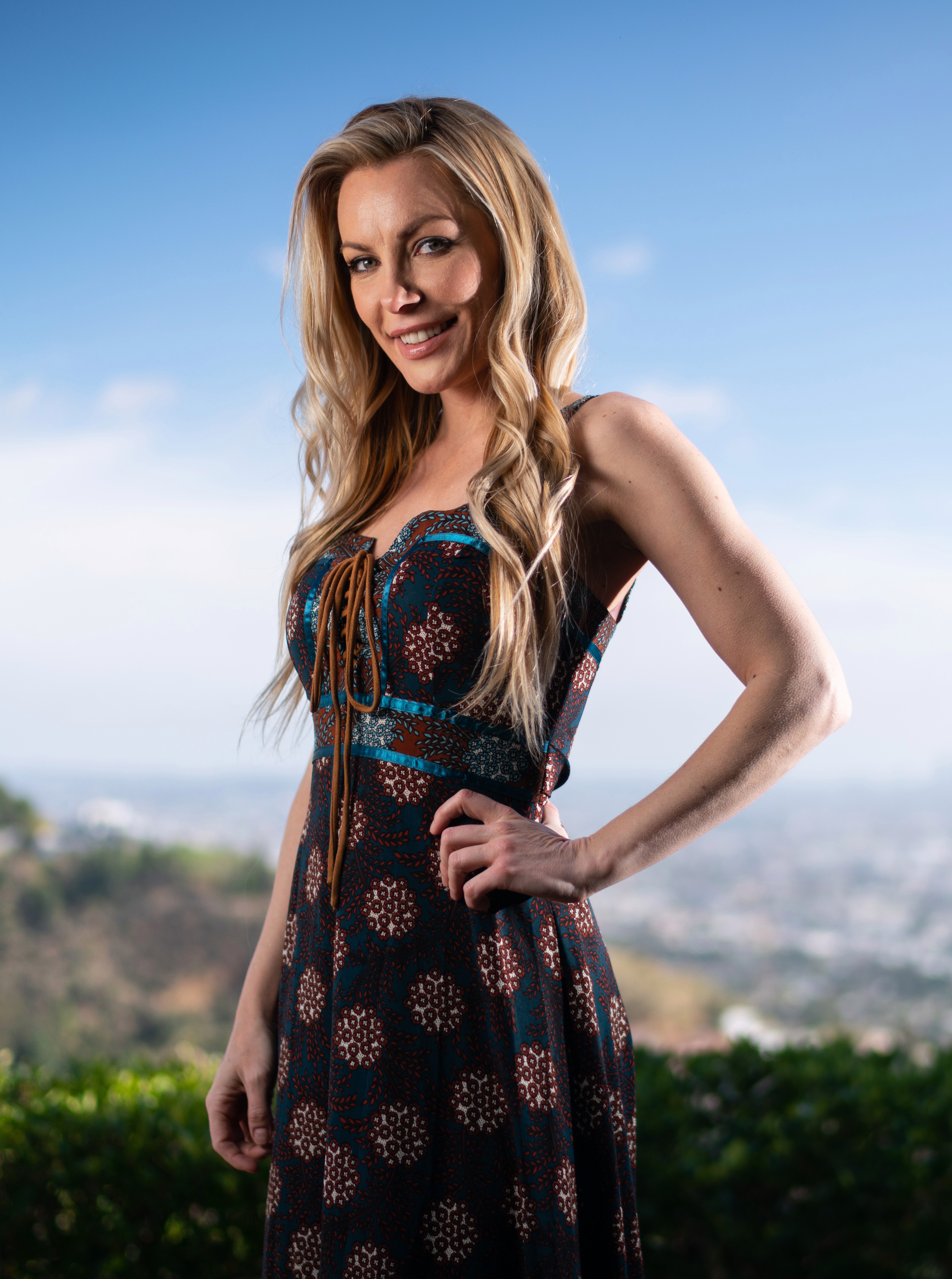 Crystal Harris has lifted the lid on her marriage to Hugh HefnerCredit: John Chapple – The Sun

The day after they met, he moved Crystal Harris into his mansion — and soon made her his third wife.

For Crystal, 34, who once lived above a West Midlands pub, it was a whirlwind of extravagance, star-studded parties, Playboy covers and reality TV stardom.

But it also meant battling gold-digger accusations, which continue to this day. 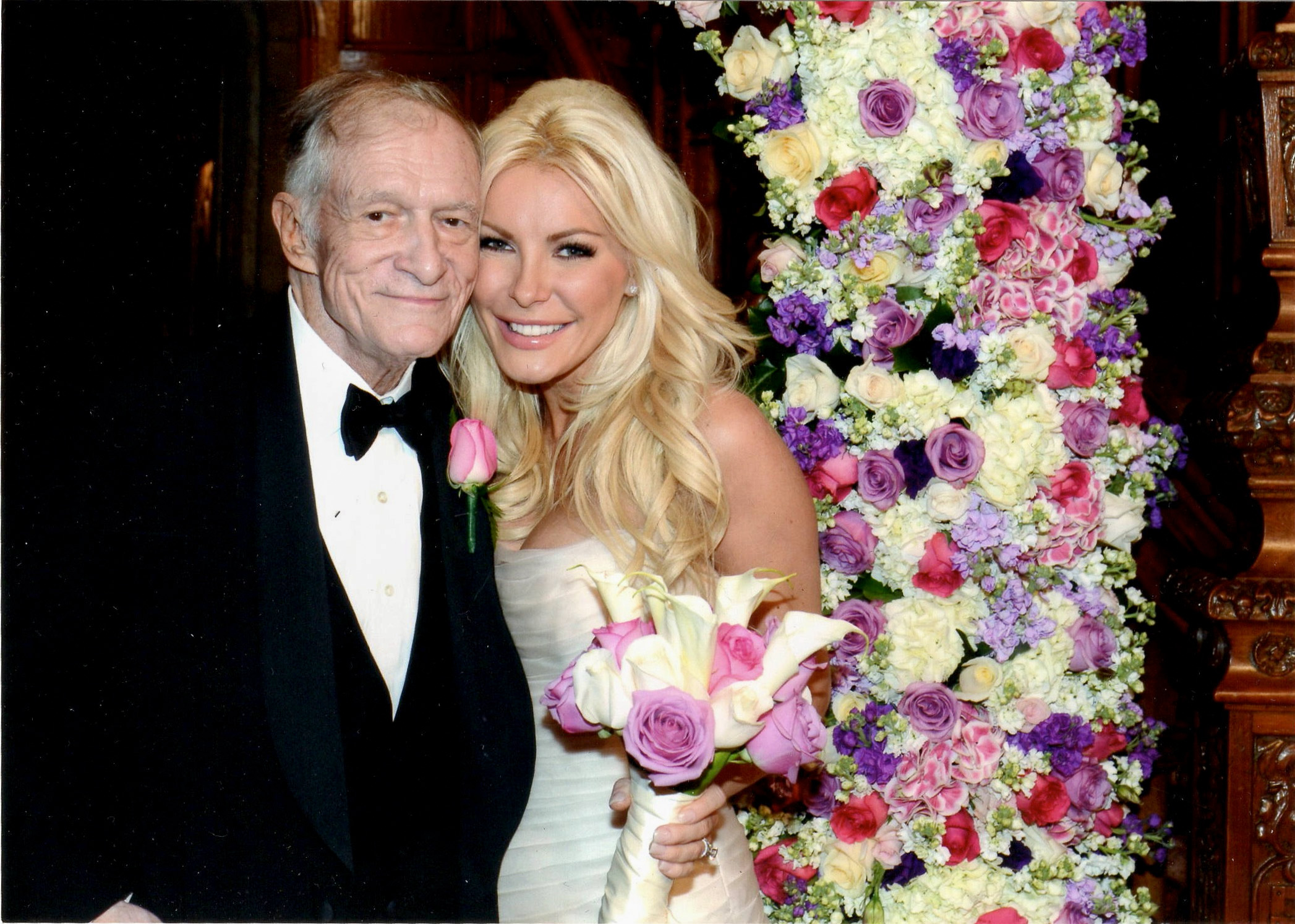 The couple were together for five years until Hugh’s death in 2017Credit: Crystal Harris / John Chapple – The Sun

Opening up about her astonishing life in an exclusive interview, she reveals: “I would get hit with all the stereotypes. People would say I was a dumb blonde, a fake, a gold-digger who didn’t really love Hef.

“I suffered attacks on my relationship with him, on my looks, on my intelligence.”

When Hugh died, Crystal received a payout of around £5million and inherited a £3.5million Hollywood Hills house.

The rest of his £40million fortune was split between his four children, a university and several charities. 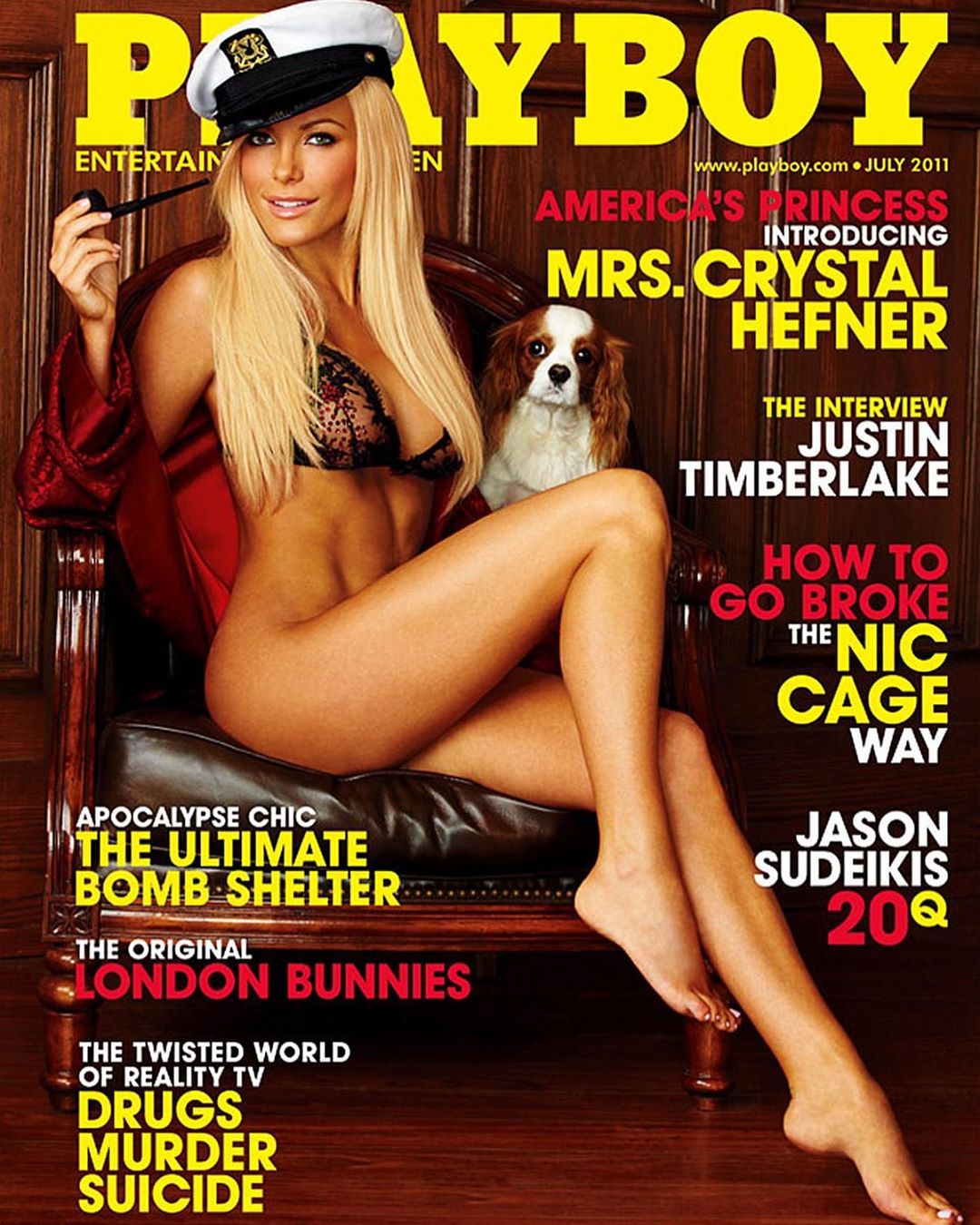 Crystal was a psychology student and part-time model in San Diego when a pal suggested they try to get into a party at the Playboy Mansion.

She says: “We both went there and the first thing they did was take a Polaroid picture in the parking lot.

“Then you got invited to the party if Hef liked it. I later found out that Hef would get the Polaroids and rate them as A, B, C or D.

“The As would be invited first, then the Bs and so on. It was very superficial. I later found my picture. Hef had marked it with an A.” 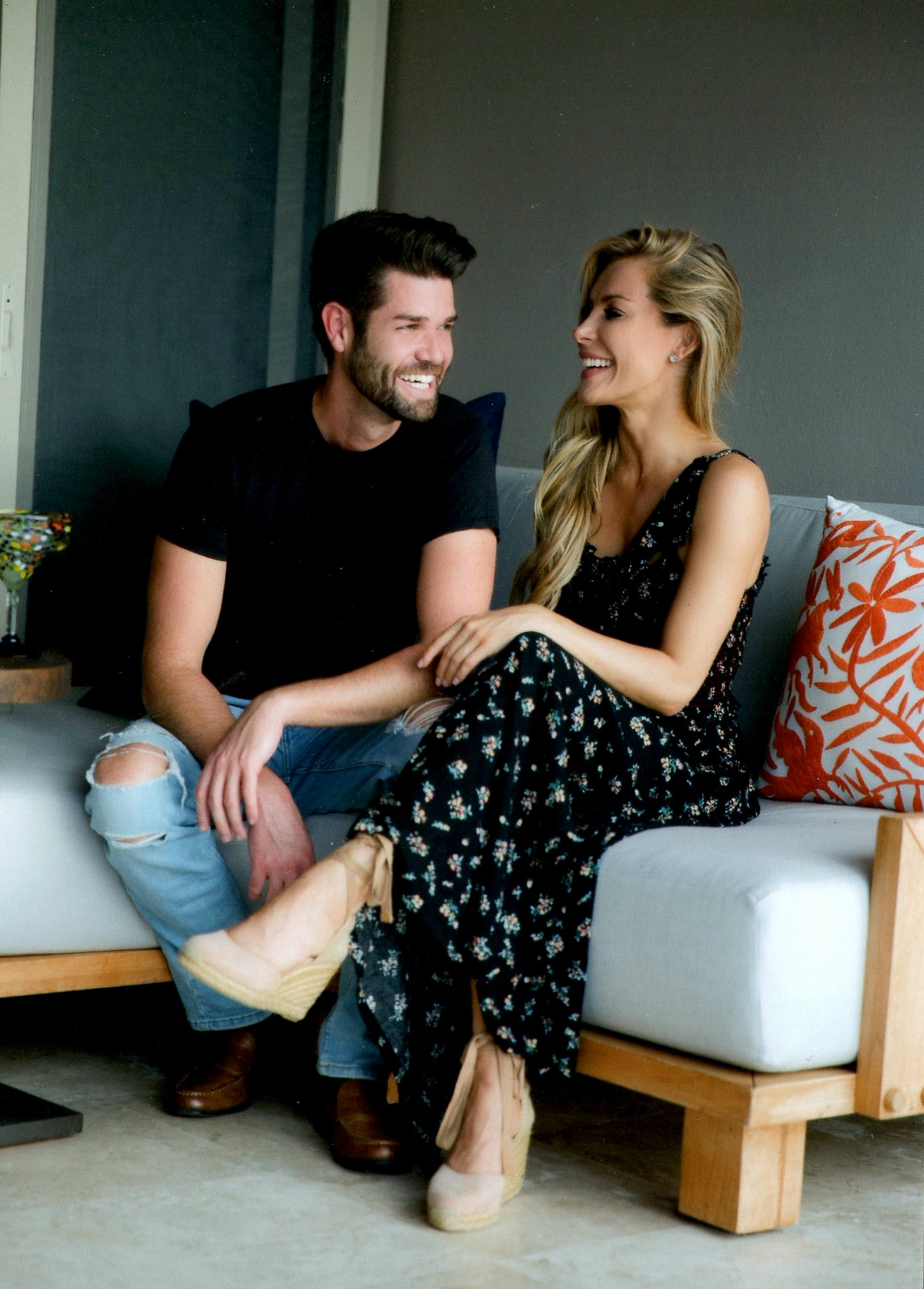 The model has since found love againCredit: Crystal Harris / John Chapple – The Sun

When Crystal, whose parents once ran Ye Olde Rose & Crown pub in West Bromwich, got home after that first visit in 2008, she received a phone message.

“So I said yes and moved in,” she says. “When I got there, Hef was dating the Shannon twins, Kristina and Karissa. They were 18.

“But they were short-lived and Hef and I became an exclusive thing because I made myself available to him and showed interest in his life. 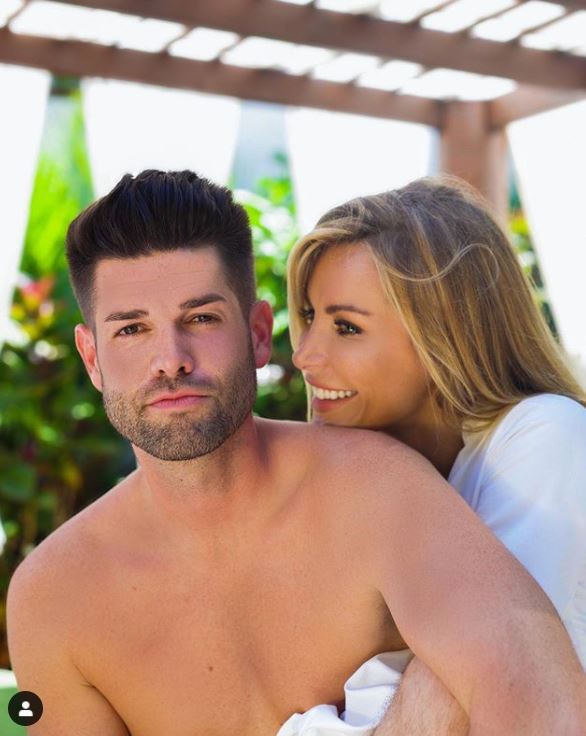 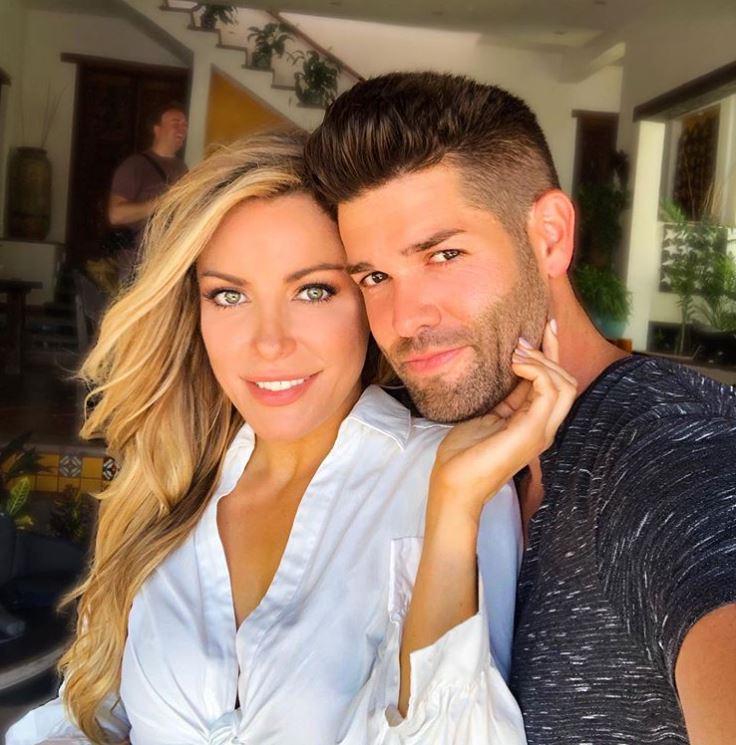 “We became almost dependent on each other and I learned that could be pretty dangerous.”

It marked the beginning of an existence Crystal describes as her “golden cage”.

Hefner, who started his publishing and clubs empire in 1953, began to control everything she did.

She says: “I came to rely on him so much that I didn’t really have a life outside of him. At one point he told me, ‘When you start doing things away from the relationship, that’s when it ends’.” 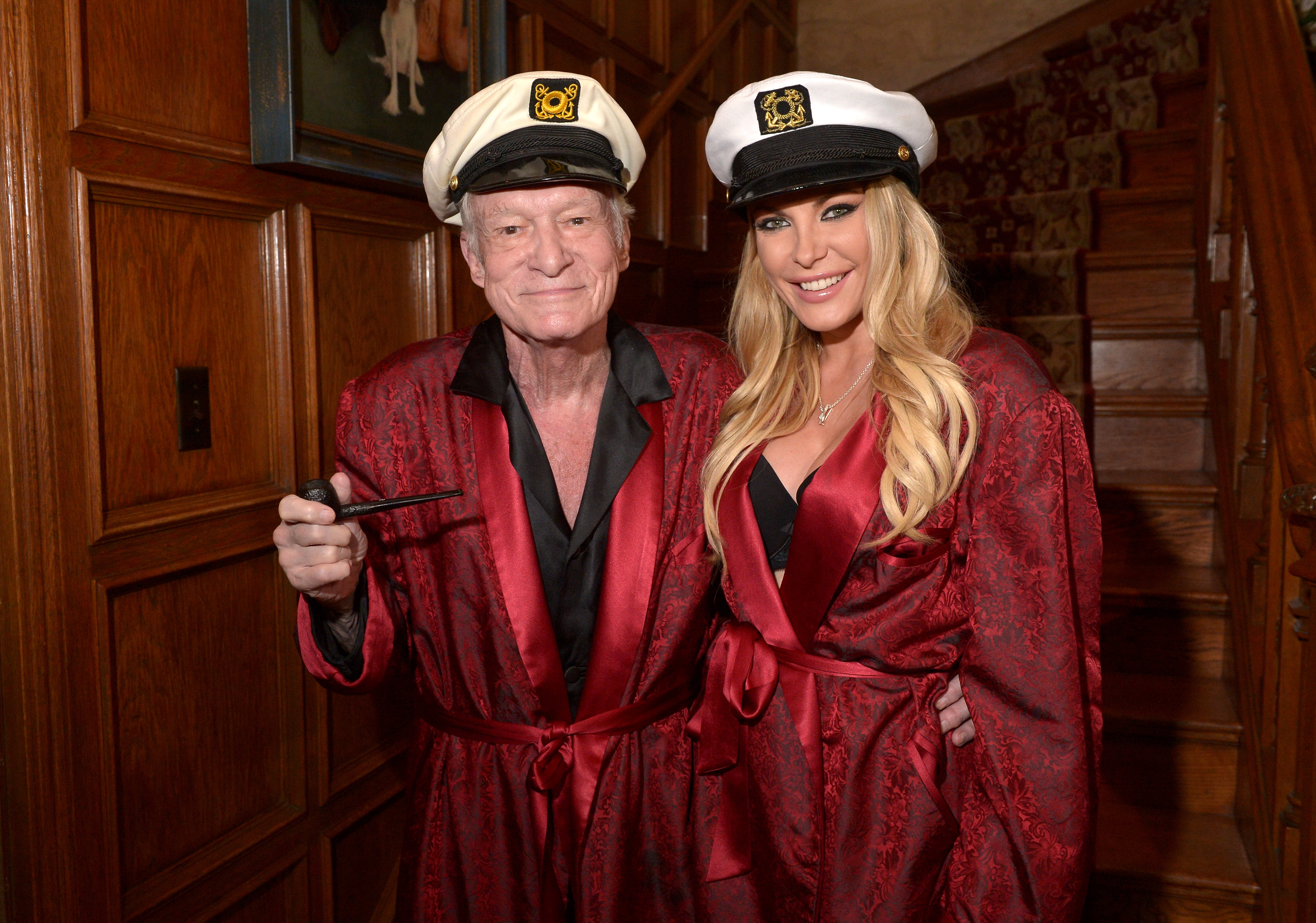 Crystal moved into the Playboy mansion the day after she met HughCredit: Getty

Two years after arriving in the house, Hef’s secretary casually dropped into a conversation: “What kind of ring do you like?”

That Christmas, in 2010, she opened a box containing a £50,000 diamond sparkler. Yet the proposal triggered their only split.

Crystal says: “Everything happened so fast. They wanted to do a TV show called Marrying Hef and I just wasn’t sure. So I left. I felt overwhelmed and trapped.

“I slowly moved my stuff out and when I was down to the last couple of items, I said I was going to the store — and I didn’t come back. 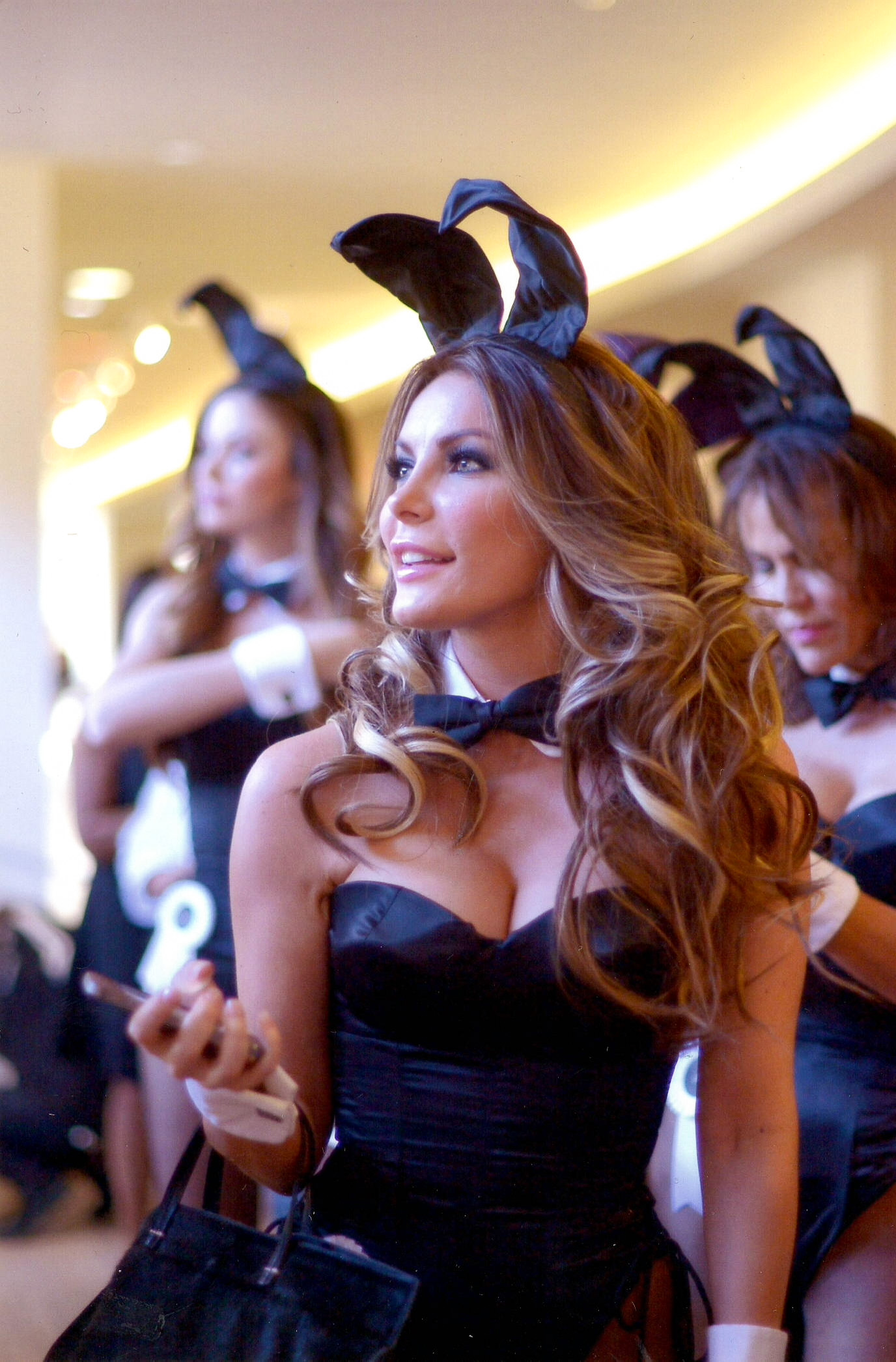 At first it was like living in a ‘golden cage’ as Hugh controlled everything she didCredit: Crystal Harris / John Chapple – The Sun

“I felt bad because I knew he’d probably be lonely. But I felt trapped, like my life was dictated to me and it sucked.”

After she vanished, it was too late to change. So he got a sticker slapped on it, saying: “Runaway bride in this issue.”

Crystal, who went to live in the US with her English parents when she was seven, eventually got back with Hugh after she was convinced he had changed his ways. 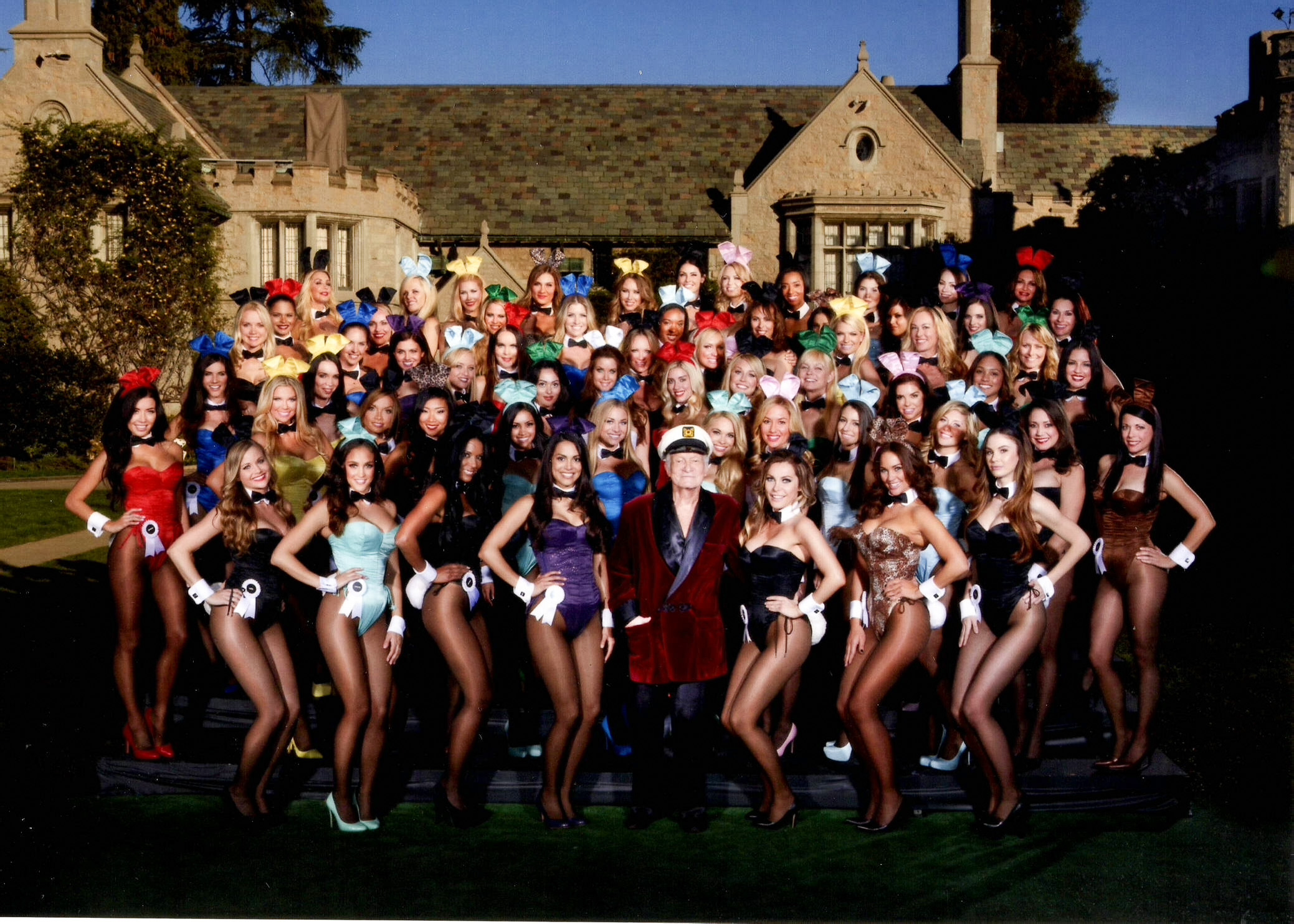 She says ‘I felt trapped, like my life was dictated to me and it sucked’Credit: Crystal Harris / John Chapple – The Sun

She says: “We got married on New Year’s Eve at the mansion. My family was there, his brother and his kids were there. It was a small family affair.

“Hef had realised what was most important in life, even if it took him until he was 85.

“And he treated me completely differently for the rest of his life. He treated me with respect.”

It was the start of true joy for Crystal. She says: “We would party with people like Smokey Robinson, Quincy Jones, Motown founder Berry Gordy, astronaut Buzz Aldrin. Just really intriguing people. 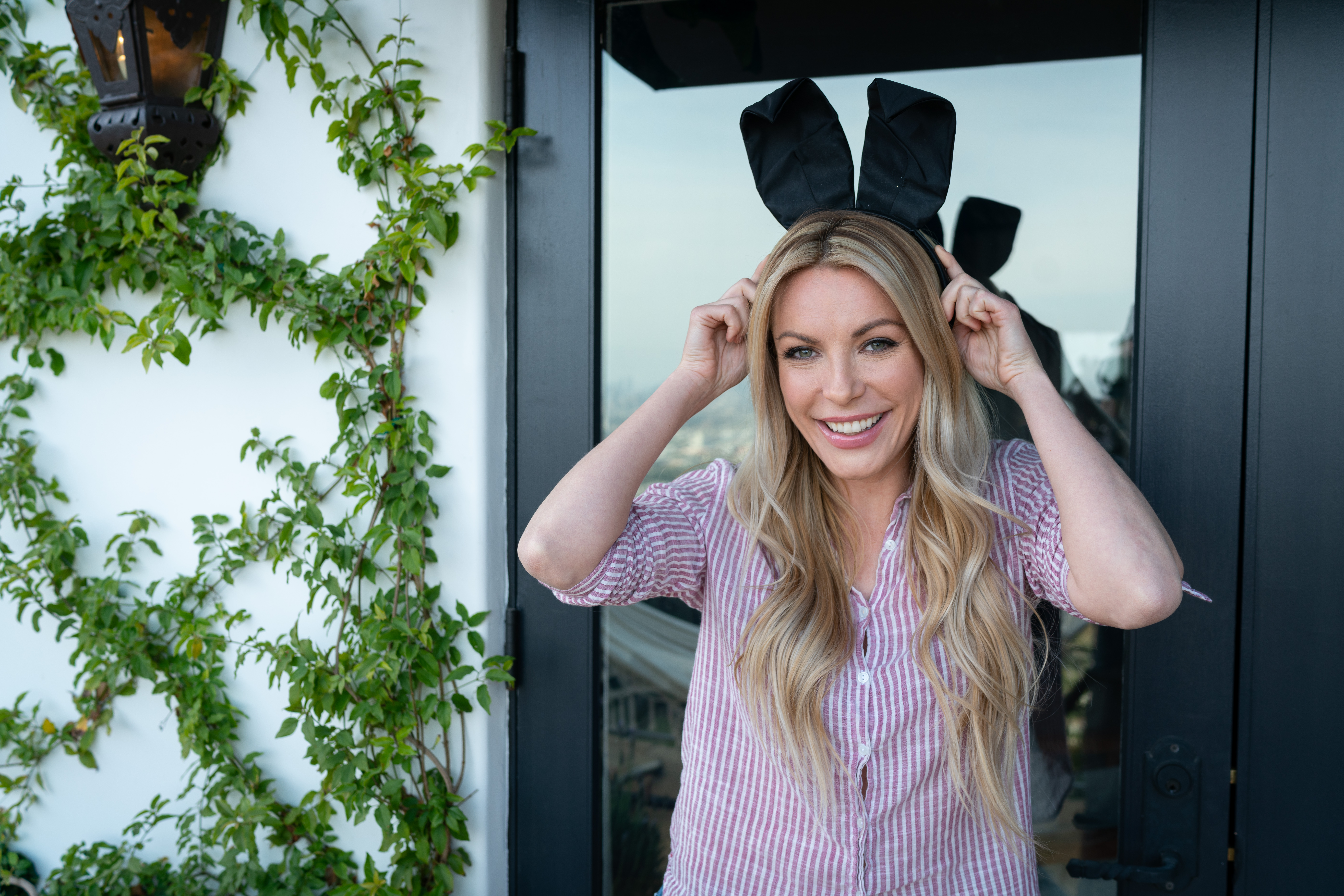 “Justin Bieber was so nice, you could tell he’s just a good person.”

But Crystal’s life changed again after Hugh became ill in 2017 and died from an infection triggered by E. coli.

Speaking from her new home in the Hollywood Hills, she says: “Hef had really good genes. I thought he’d be around for a long time. He was such a powerful person. It felt like he was immortal.

“I was in shock and didn’t leave one room in the mansion for weeks because I lost the person I was closest to. 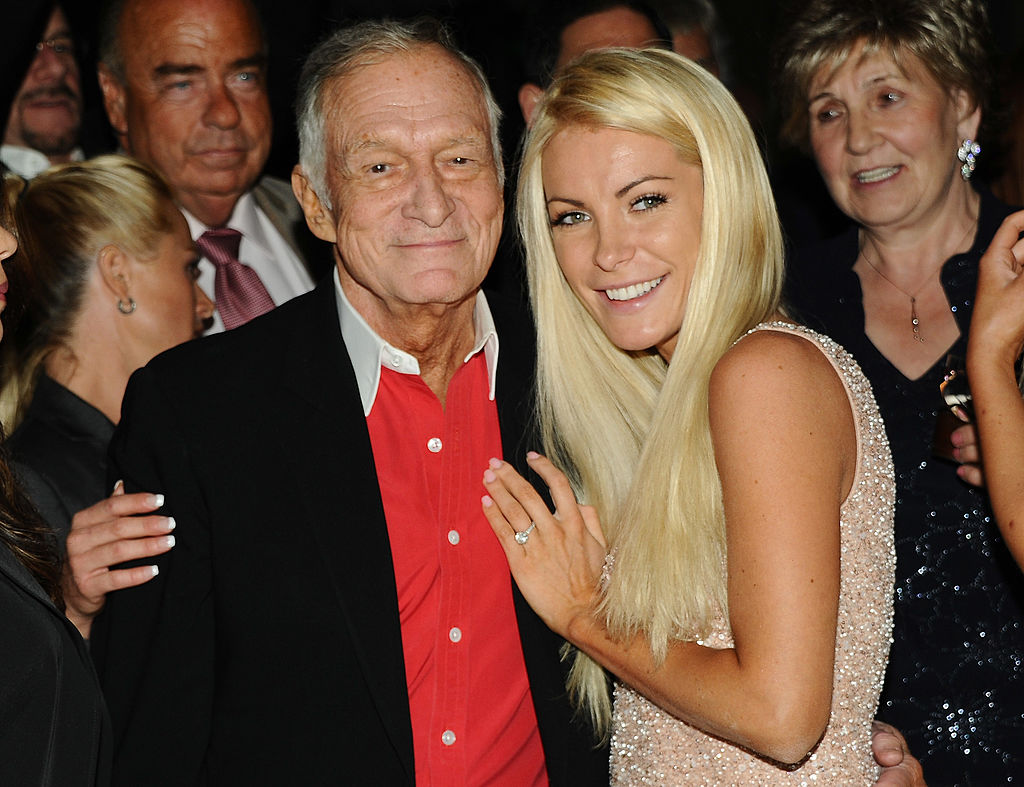 Crystal says ‘I had become so ingrained in his world I didn’t even know my own identity’Credit: Getty

“I didn’t know how to move forward because I had become so ingrained in his world and I didn’t even know my own identity.”

Now, the model — who is involved in property development and remains vice-president of the Hugh M. Hefner Foundation — has found love again, with space engineer Nathan Levi, 32.

She says: “Nathan’s very smart. He wants to become an astronaut. We met through friends right before Covid hit and that put us on a fast track to get to know each other.”

And she reflected on what Hefner would say about her new man: “Hef told me to know that he would always love me but he was aware of the age difference.

“He said he was aware of the fact that he wouldn’t be around for ever. And he said, ‘You’ll move on’.”