PLANET Earth is home to an incredible one trillion species – with human beings making up 7.8 billion of the world’s population.

But just how old is the Earth – and how was it created? 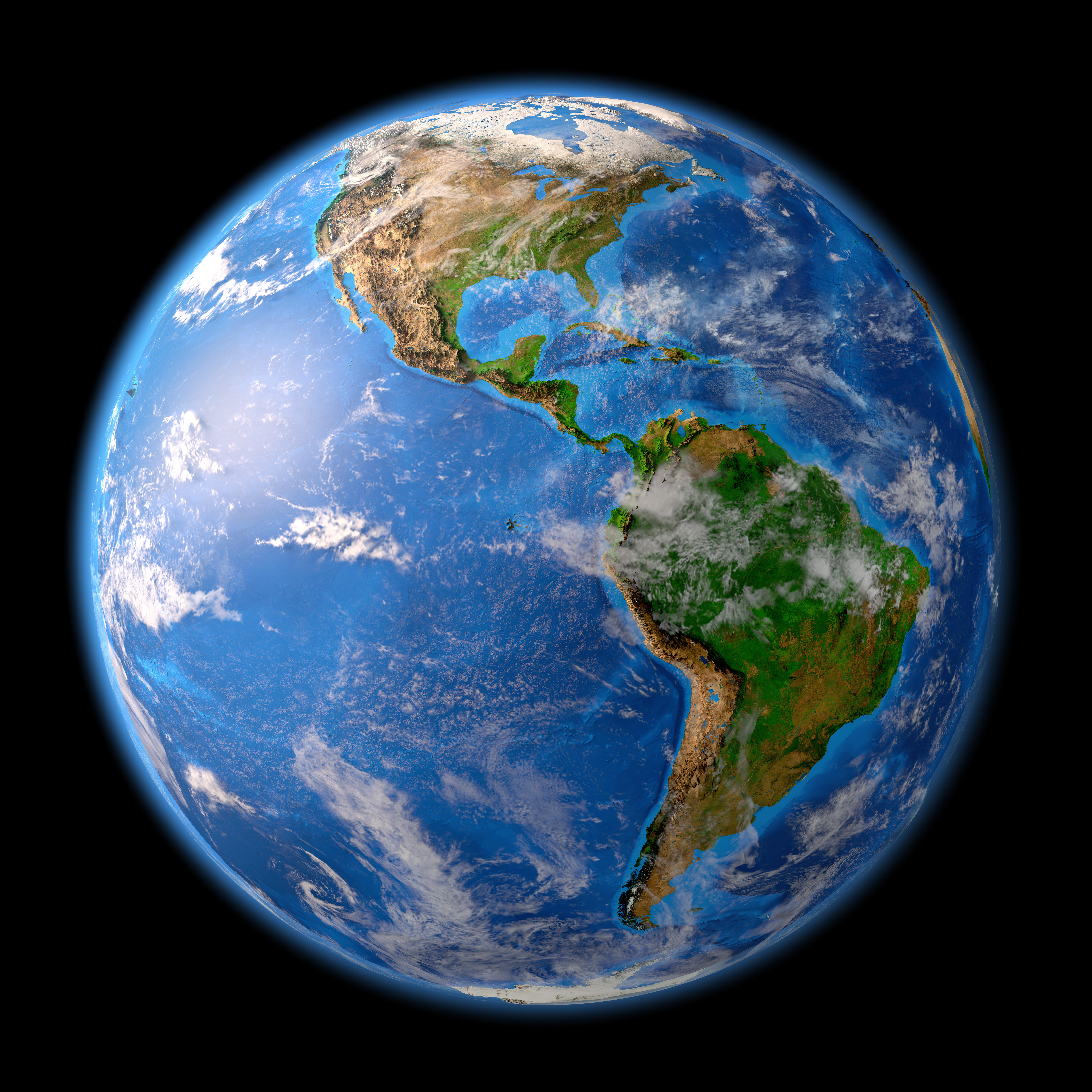 Planet Earth is thought to be around 4.54 billion years old – an estimate made from measuring radioactive decay in isotopes – but with 50 million years room for error either side.

Some rocks in northern Canada have been radio dated to between 4.03 and 3.96 billion years, and mineral such as Zircon crystals in Western Australia to 4.4 billion years.

Moon rocks, and meteorites that have landed on earth, have been found to be between 4.4 and 4.5 billion years old.

And all bodies in our solar system are thought to have formed around the same time. 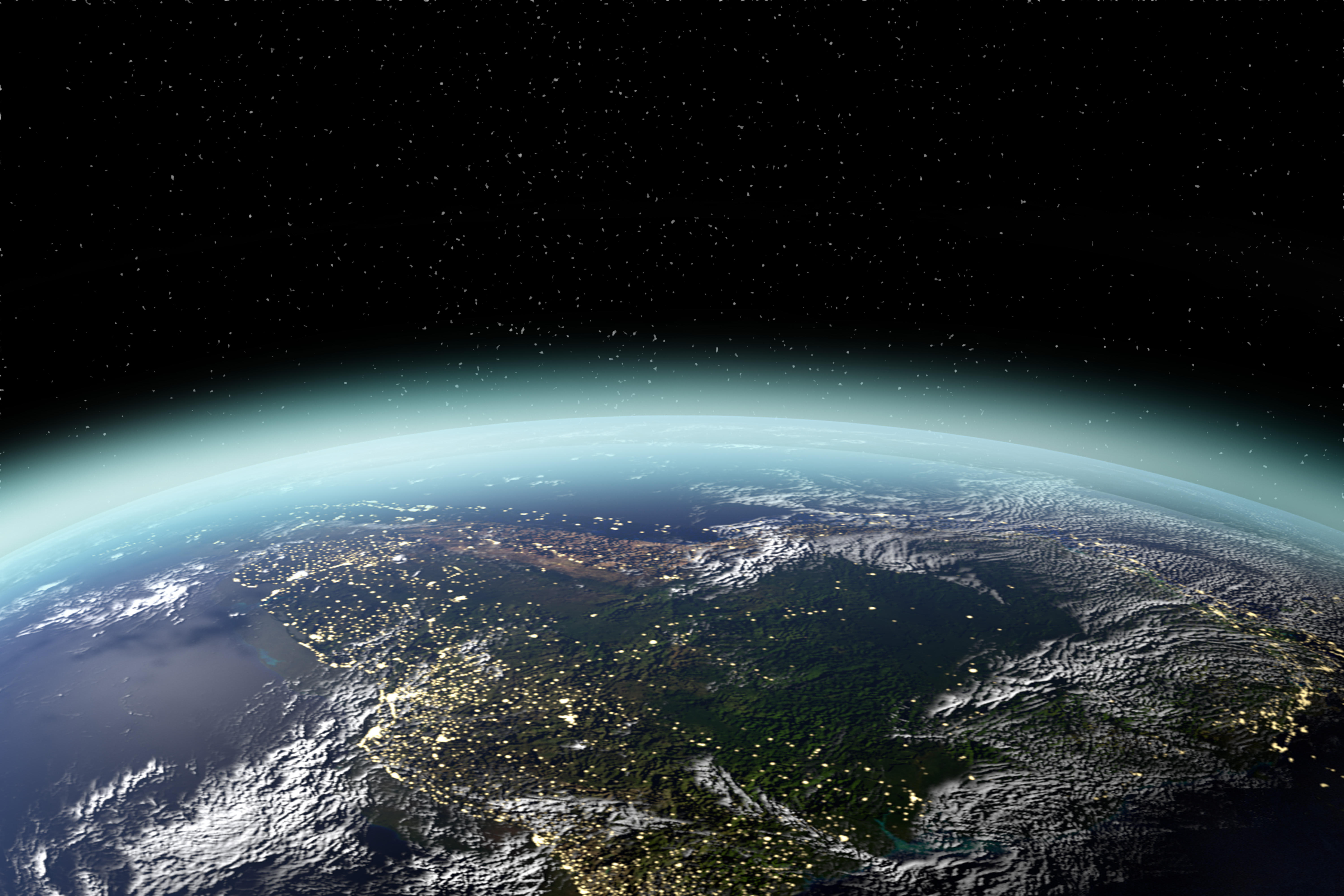 There are an incredible one trillion species on EarthAlamy

The Earth that formed so long ago did not resemble the planet we know today – it was more of a molten ball of rock with lighter elements like gaseous clouds drifting around the surface.

Years of growing and cooling formed the layers of Earth familiar to us now, with the crust forming around 4 billion years ago.

Studies of the expansion of the universe date its origin to about 13.2 billion years.

When was the first sign of life on Earth?

The first sign of life appeared on earth 3.7 billion years ago in the form of microbes (microscopic organisms), living in a high methane, low oxygen atmosphere.

These are seen by carbon-dating in rocks and layers of sheets of the microbes preserved in sediment (stromatolite). 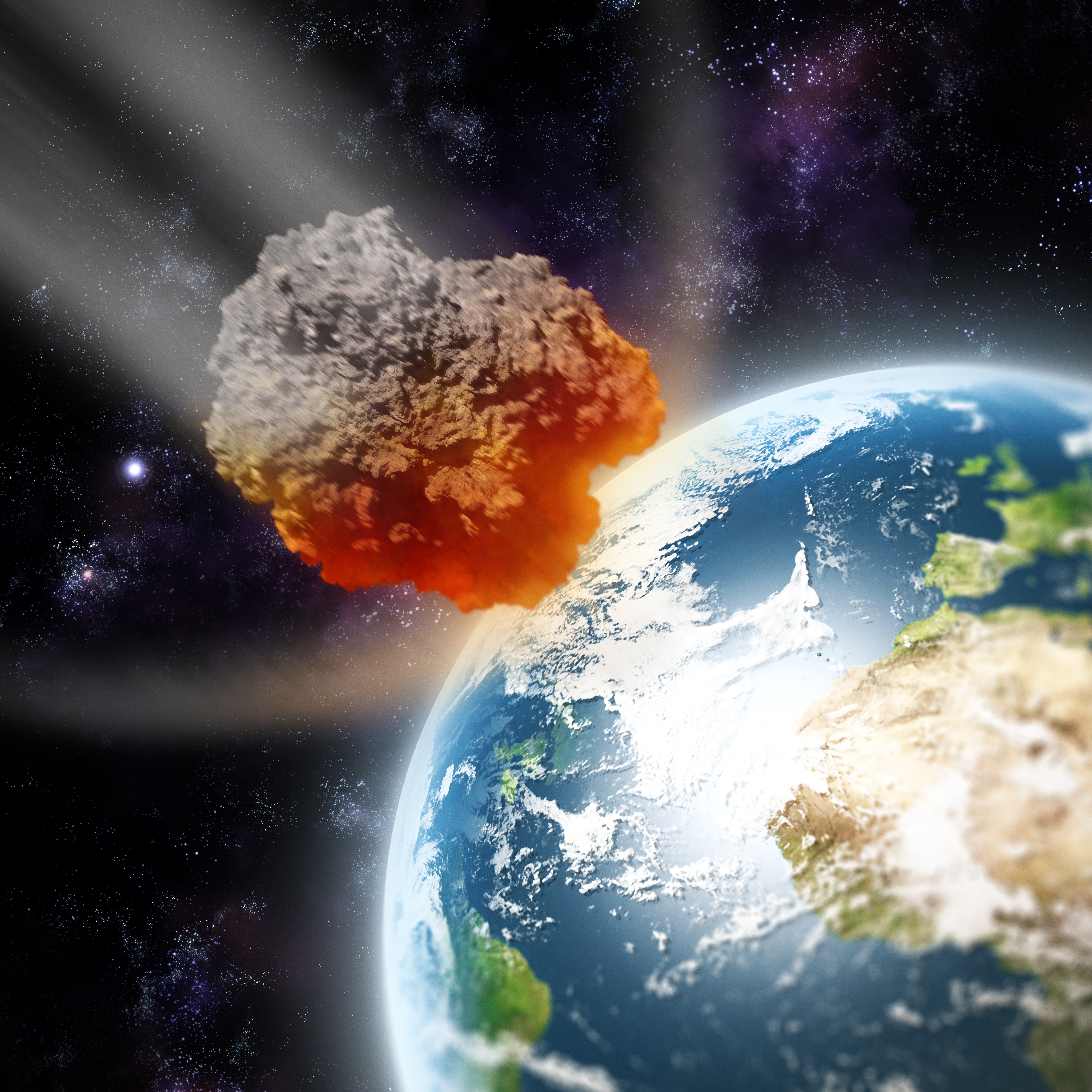 Getty – ContributorAn asteroid hit the earth almost 65 million years ago, wiping out all but small mammals[/caption]

Next, bacteria evolved which used water and sunlight to produce oxygen (photosynthesis), 2.4 billion years ago.

The rise in oxygen created by these bacteria soon became evident in the iron levels found in sea-bed rocks.

After that, animals appeared with multiple cells clustered together which used food for energy.

These animals were first seen 800 million years ago, and include sponges, which made the first reefs.

These animals become more complicated over time, with spines, shells, heads, and tails, as well as more active, including sex. 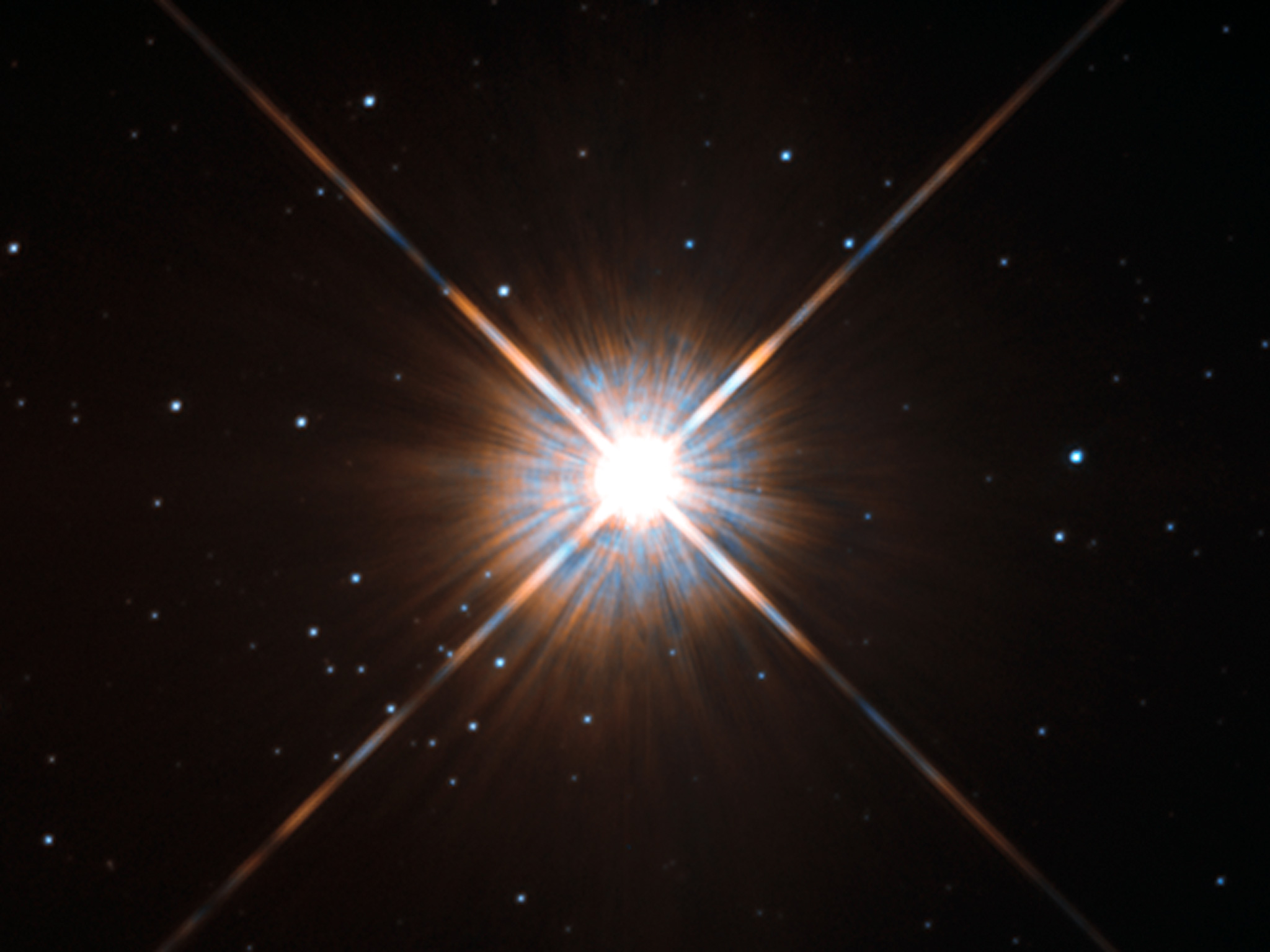 Humans have only existed for the last 0.002 per cent of the existence of the universeUniversity of Hertfordshire

Then, 65 million years ago, an asteroid hit the Earth, killing almost everything except small mammals.

These mammals evolved rapidly, and the first apes appeared 25 million years ago.

The first humans appeared 300 thousand years ago – meaning humans have only existed for the last 0.002% of the life of the universe.

How was the Earth created?

The Earth, and our whole solar system, was created from a disc of matter that surrounded our Sun, after it was itself created about 4.6 billion years ago.

Matter and energy went in all directions after the Big Bang – but with time, lumps of matter collected in spinning balls, creating gravitational fields.

Nuclear reactions happened in highly compressed epicentres, and stars and suns were born.

Lumps of leftover gas and dust then swirled around our newly formed sun, and spinning larger lumps pulled smaller ones into them and grew. 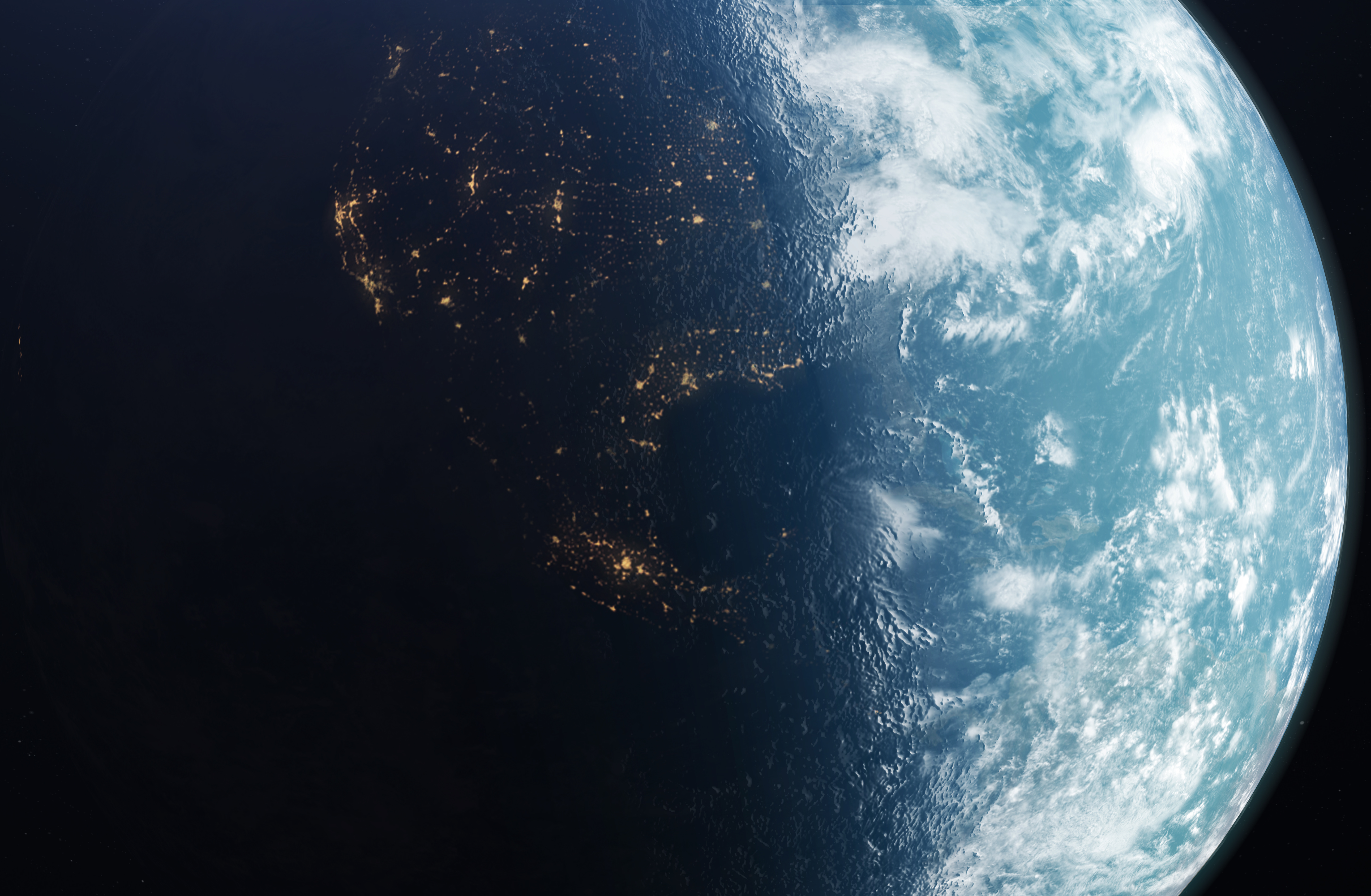 Getty – ContributorThe Earth is made up of six layers, with the innermost layer measuring as hot as the sun [/caption]

The more rocky clusters stayed closer to the sun and formed the nine planets, with the more gaseous drifting further away.

At one point, the newly forming earth drew in another massive lump of rock, the size of Mars, and when they collided, most of the lump was absorbed into the Earth.

But one part broke off and went into orbit, becoming the Moon.

With time the Earth became so large that the outside became a very different temperature to the inside, and collisions with icy objects in space formed oceans on the Earth’s surface.

Every year, more than three tonnes of space rocks hit the Earth. 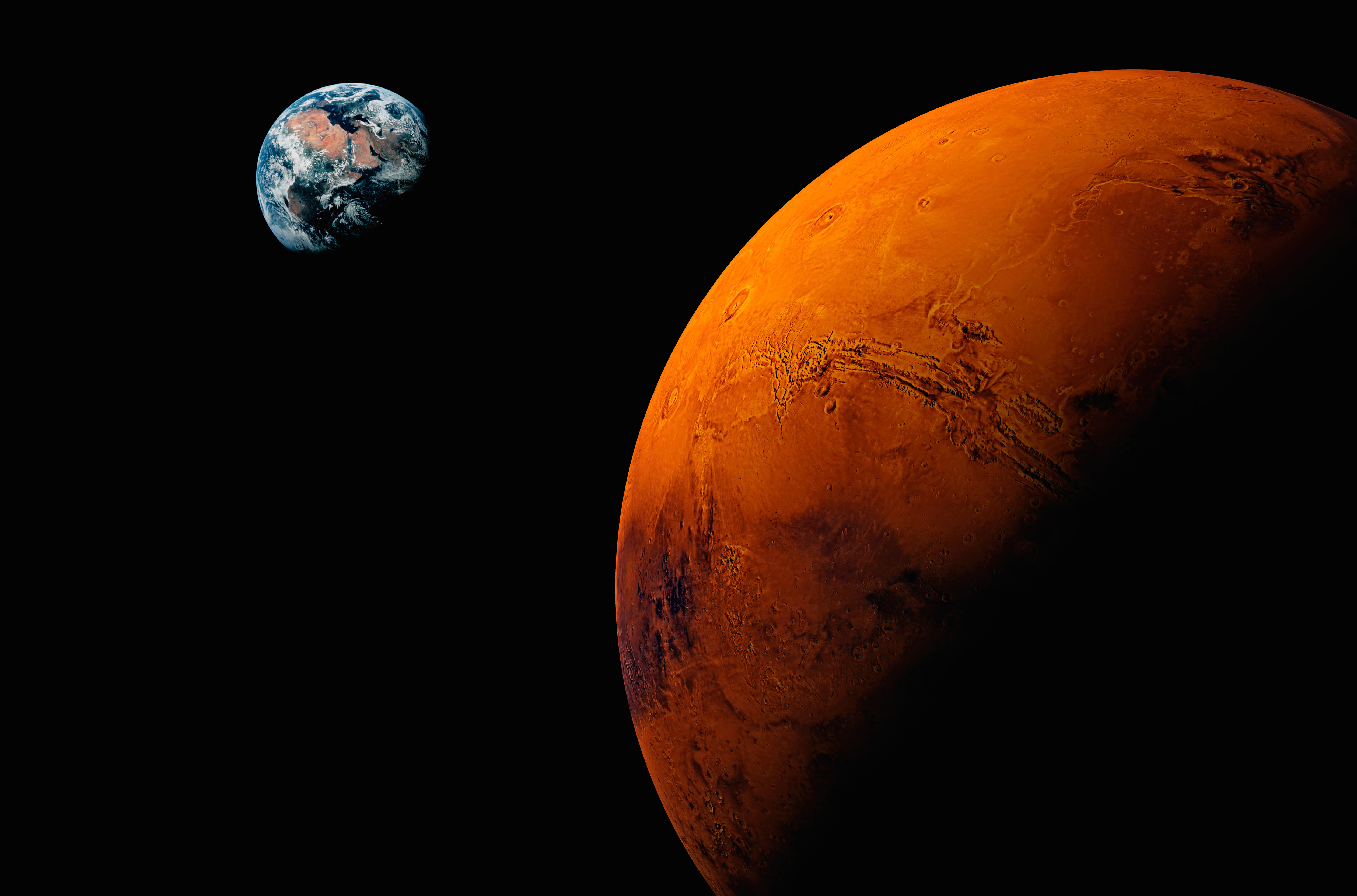 What is the Earth made of?

The Earth is made up of all the elements, and all the chemical states, solid, liquid and gas. It is now a lot more organised than in its early stages.

A nitrogen – and oxygen- rich layer of many gasses forms the very outer layer of Earth, the atmosphere.

The surface, or outer layer, made up of continents and oceans, is called the crust. It is the thinnest layer, measuring anywhere between five and 75km (three and 46 miles) thick.

The Earth’s crust is made up of the lightest elements: oxygen, silicone, aluminium, iron, calcium, sodium, potassium, magnesium. 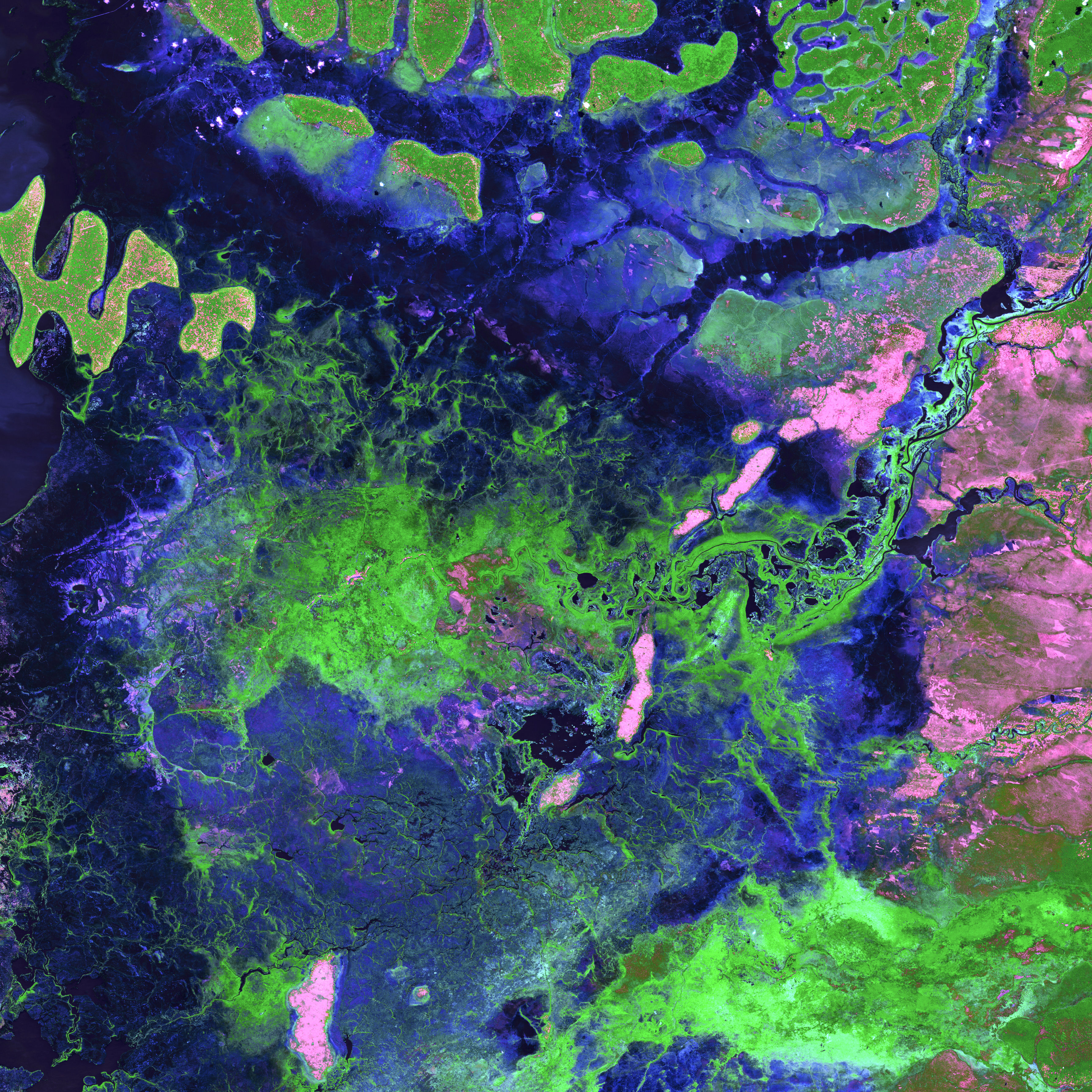 The plates that form the crust move as fast as fingernails grow.

The next, and thickest, layer of the Earth is made of silicate rocks, and is rich in iron and magnesium.

Its consistency resembles hot slowly bubbling caramel, with convection currents moving the rocks and lava up and down.

A liquid nickel-iron alloy forms the outer core of the Earth., with heat from the radioactive decay uranium and thorium generating massive currents and constant movement.

A solid ball of iron, some nickel, forms the inner most core of our Earth. It is 1,220km (760 miles) wide, and three-quarters of the size of the Moon.

The inner core is as hot as the sun (5,400 degrees C), and the pressure there is over three million times that on the Earth’s surface.

The Earth’s magnetic field is caused by the inner core spinning more quickly than the rest of the planet and charge generated by movement in the outer core.