The formidable rise of Generation Z has seen the demise of many millennial staples.

First it was skinny jeans, next it was the side parting, and now, hot coffee.

I’m 22, and I’d firmly categorise myself as being part of Gen Z. I’ve also spent the last 12 months in lockdown viewing my agemates through the lenses of TikTok and Youtube, and if there’s one thing I’ve noticed that is quintessentially Gen Z, it’s the rejection of steaming hot caffeine and the hearty embrace of the humble iced latte.

Just look at 16-year-old TikTokker Charli D’Amelio, whose love of iced coffee is so celebrated that you can now order a Charli – a cold brew made with whole milk and a swirl of caramel – at Dunkin’ Donuts. Or scroll through Anna Sitar’s beloved ‘Starbies’ orders, the majority of which are served ice-cold.

On my For You page, teens profess that iced coffee is their core personality trait, hold their cold brews aloft as they meme their mental illlnesses, and point to chilled caffeine as a signifier that someone is gay.

It can’t be a coincidence that in 2019, the year of the Big TikTok Boom, a report showed iced coffee sales soaring in the UK, with out-of-home cold coffee sales up 53.4%, while the hot coffee market was stagnating, growing only by 0.1% that year.

Personally, I enjoy a nice warm latte, particularly in the depths of winter. But there’s no denying that the ice cube tray from my freezer has been out nearly every morning since the clocks went forward for spring.

But for the YouTubers I’ve been vicariously living through, it’s much more binary. For them, iced coffee is the only coffee.

Take Emma Chamberlain, who is at least partially responsible for popularising coffee consumption among her Gen Z agemates.

She rarely drinks hot coffee, she told The Hollywood Reporter, despite having her own coffee brand.

A few weeks ago, Emma uploaded a vlog from her solo trip to New York. ‘If you guys know me, you know that I only drink iced coffee,’ she said. ‘But it’s been so cold here that I’ve been drinking hot coffee!’

She went on to say that hot lattes are ‘way better’ than she expected, although she probably wouldn’t drink one unless it was below 5 degrees.

So, what’s the truth? Is hot coffee a beverage relegated to the aged and irrelevant? Is cold coffee truly nicer than hot coffee? Or is this merely the next TikTok fad a la weighted hula hoops?

Paige, 22, drinks iced coffee because she doesn’t find hot drinks refreshing. ‘I used to get iced frappes from Starbucks when I was a teenager and ask for no coffee,’ she tells Metro.co.uk. ‘Then, after downloading TikTok last year, I saw everyone was hyping iced coffee up so I tried it again.’

‘I think iced coffee is just sweeter even though it’s the same thing but cold.’ 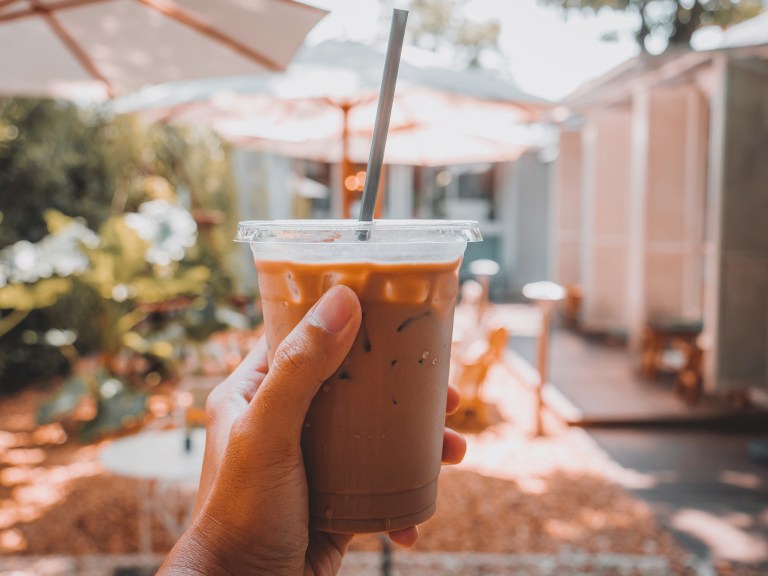 This is echoed by Lauren, 21, who started drinking coffee while completing her dissertation. ‘I just felt so tired, and my friends were like, “just try a coffee”, so I did,’ she says. ‘I tried a mocha. I didn’t enjoy it but I drank it anyway, because I’d paid for it.’

Lauren’s friends suggested iced coffee. So they drove to Starbucks where she tried an iced caramel macchiato. ‘I really enjoyed it,’ she says. ‘It wasn’t as strong as normal coffee, it was sweeter so I enjoyed it so much more.’

A lot of Gen Z-ers say that their love of iced coffee is easily explained: it just tastes better than the hot version.

But is there actually any real difference in the flavour profiles of hot and iced coffee? Or are we being tricked by trendiness?

Chris Bode, co-founder of coffee company Unorthodox Roasters, said this is often down to our taste buds. ‘Your taste buds taste different flavours when drinking (or eating) something hot vs something cold,’ he says. ‘If coffee is hot you tend to get a little bit more acidity (or fruitiness) whereas when the coffee cools you’ll be able to taste more of the sweetness.’

Also, when ice is added, the flavour is ultimately diluted.

‘When drinking a hot coffee the only dilutive factor would be evaporation, ultimately making the resulting drink more concentrated,’ Chris explains. ‘Cold coffee is almost always (but not necessarily) served with ice.

‘As the ice melts the coffee will be diluted because we are essentially adding extra water. Thus as you drink hot coffee your drink will become slightly more intense than with iced coffee.’

Finally, Chris says, heat releases aromatics. ‘A large part of taste is smell,’ he notes. ‘When drinking a hot coffee you are essentially breathing in a large part of the flavour of your drink before the liquid touches your lips, enhancing your total overall experience.

‘With cold coffee you are relying almost solely on your taste buds, which should pick up all the sweetness of the cold liquid.’

So the youths are right. Cold coffee is sweeter, and therefore much more appetising to our untainted (some might say unrefined) taste buds.

Before I forced myself to enjoy coffee, I was convinced I didn’t like it because my ‘taste buds hadn’t matured yet’. The narrative, at least for me, was that coffee was a sophisticated beverage, drank only by busy professionals and literary love interests – which is fair, since those aged under 20 apparently drink the least coffee in the UK.

Henry, 27, is one of the millennials who ‘looks down on’ iced coffee.

‘My honest belief is that heat is crucial for coffee to maintain its aroma, and that stacking in ice cubes limits the sensory information available, while distracting from what little there is with the sensation of cold – thus reducing taste,’ he says. ‘Half of the enjoyment of a cup of coffee for me is also the comfort of a hot mug in my hands – whatever the weather outside. A cold mug is just… joyless.’

He compared iced coffee to cocktails, saying that he ‘probably does’ see iced coffee as a less mature drink – or something he only sees influencers drink. 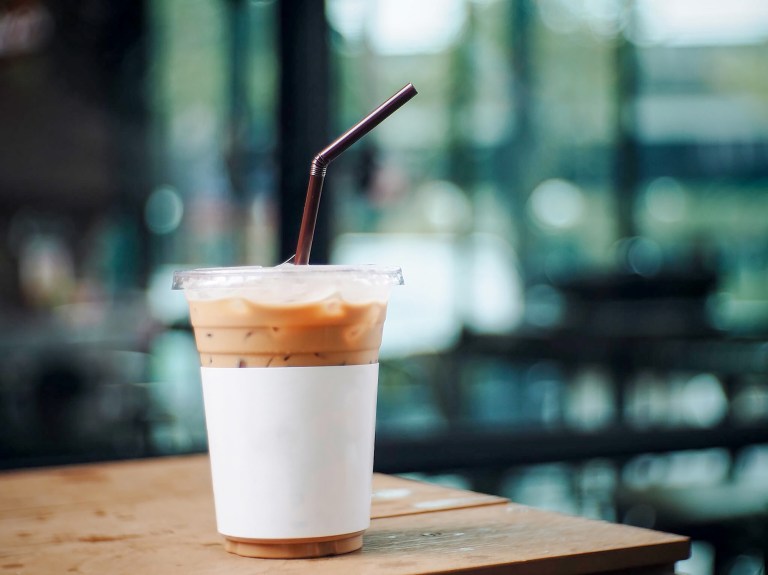 Iced coffee has a rep for being an ‘immature’ drink (Picture: Getty Images/EyeEm)

Rachel, 35, is a millennial outlier, who can’t stand hot coffee but enjoys iced coffee. When asked if she feels drinking iced coffee is less mature than drinking a hot cappuccino, she says: ‘Yes I do. I’ve been told I have a “younger” palate…and often get made fun of for not being a grown up.”

She continues: ‘My family are artisanal coffee obsessives, so the jokes at my expense are very long-running, but I honestly don’t mind.

‘I think you can like what you like but I [don’t think I] have a very “sophisticated” taste as a result, whether that’s true or not!’

Ultimately, like Rachel says, anybody can drink whatever they want and it doesn’t really matter whether someone else thinks your drink is ‘cool’ or ‘immature,’ because coffee – like fashion choices and hair styles – is all about choosing what makes you feel comfortable, even if that means being a little less adventurous.

‘When it comes down to it,’ Chris said, ‘the reason that younger coffee drinkers are more likely to order a cold coffee over an older consumer is most likely down to being more adventurous and accepting of change at a young age.’

Plus, maybe young people are free of the shame the ‘immature iced coffee drinker’ label can bring. That’s something we can all strive towards – drinking whatever we enjoy, regardless of generational battlelines and without fear of being cast as a decrepit millennial or a trend-obsessed youth.