A FEMALE store assistant had the tip of her nose “slashed off her face” during a terrifying random knife attack at her work, police say.

Horrifying video footage shows a man casually heading into a small boutique in New York City — then leaping across the register to slash the unarmed assistant across the face. 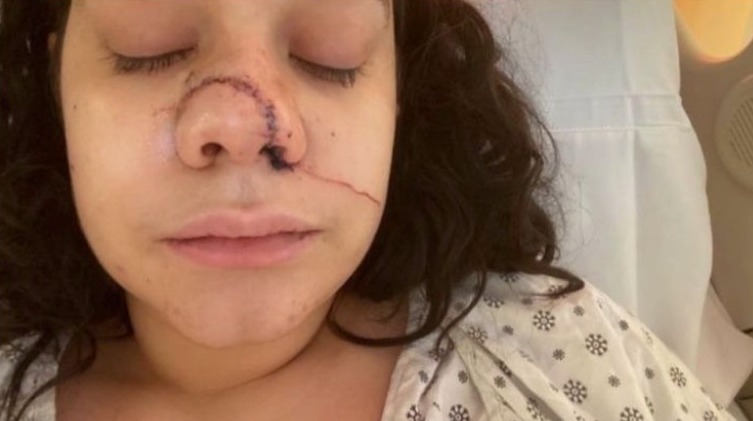 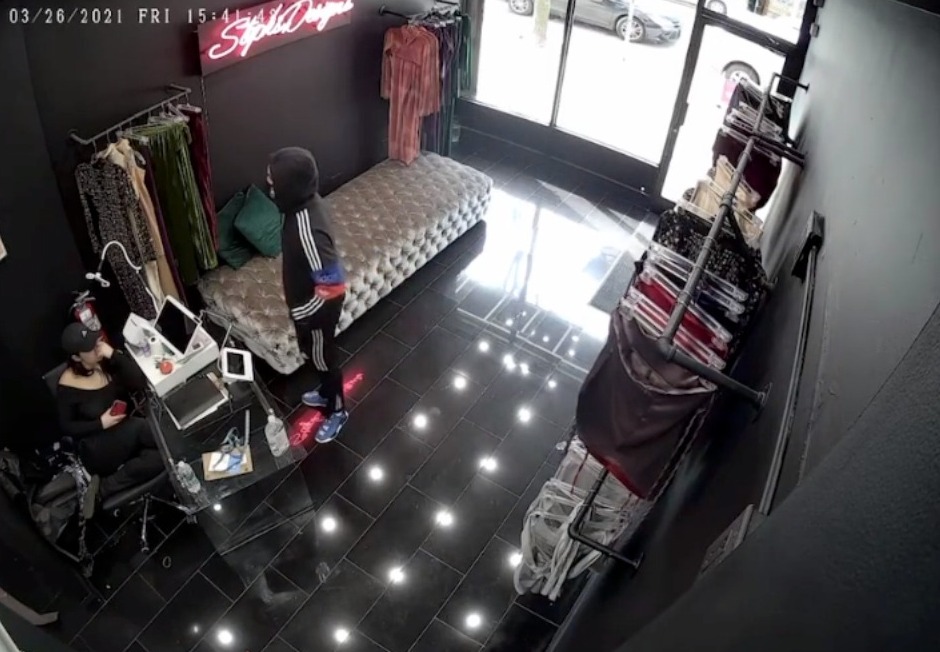 The suddenly jumped across the counter and attacked the store clerk with a knifeCredit: Instagram / @stephxdesigns 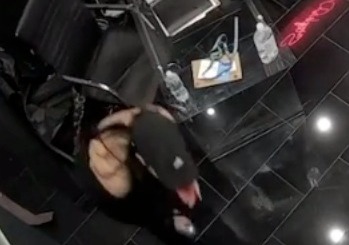 The horrifying attack was caught on surveillance footage shared by the NYPDCredit: Instagram / @stephxdesigns

The horrifying attack was caught on surveillance footage shared by police, reports the NY Post.

The assailant was wearing a distinctive black Adidas tracksuit with purple and orange bands on the arms.

He paused to put his face up to the window of Steph’s Designs, walking inside to casually talk to the lone staffer who did not know him, the NYPD said.

After initially having his hands in his pockets, within seconds of chatting he suddenly leaped across the counter — slashing the 22-year-old Desteny Cabrera across the face.

Speaking from her hospital bed in Harlem, she said: “He asked me if I knew who he was and I said, ‘No,’” 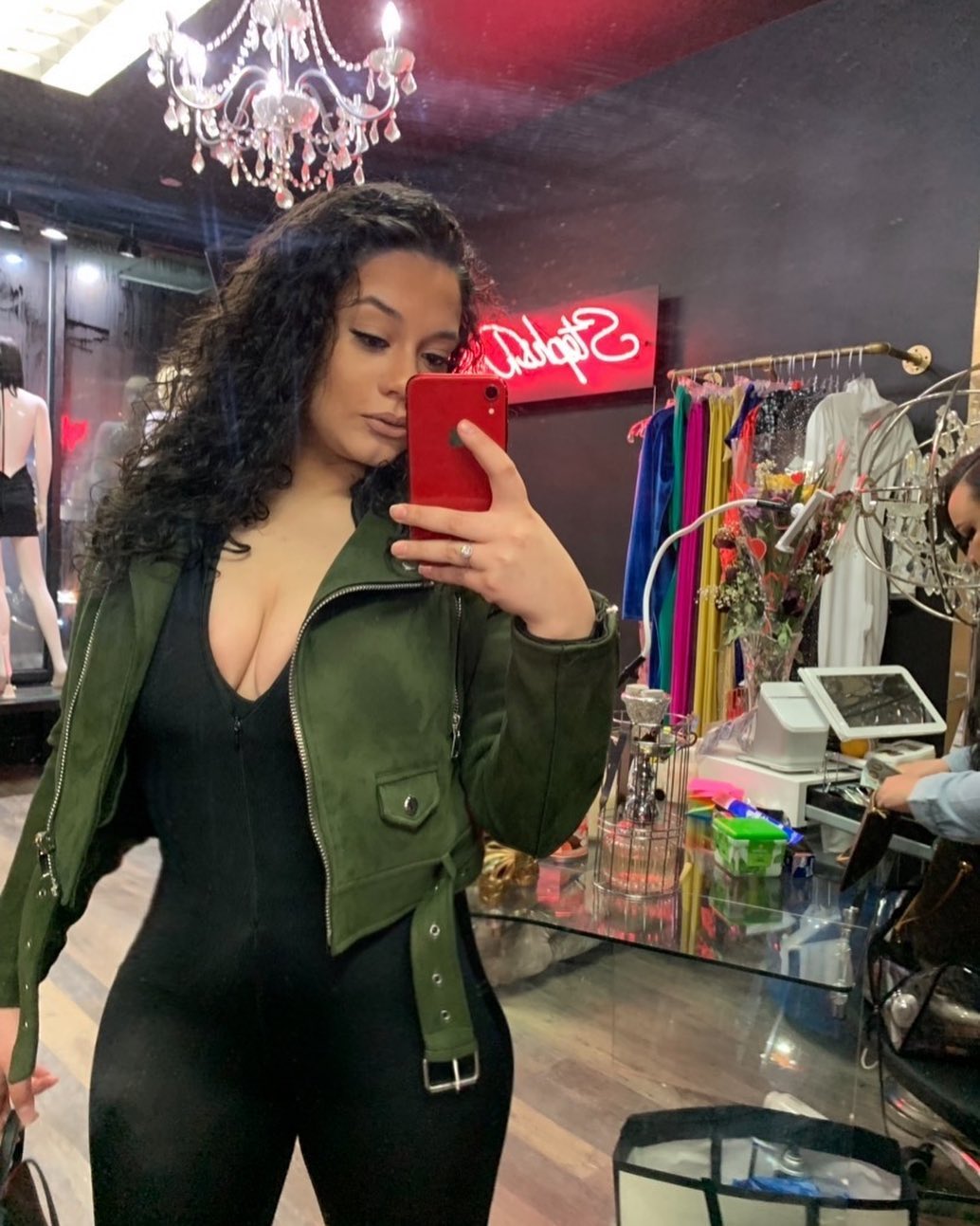 Within seconds of chatting the attacker suddenly leaped across the counter and slashed 22-year-old Desteny Cabrera across the face.Credit: Instagram / @sensational_ 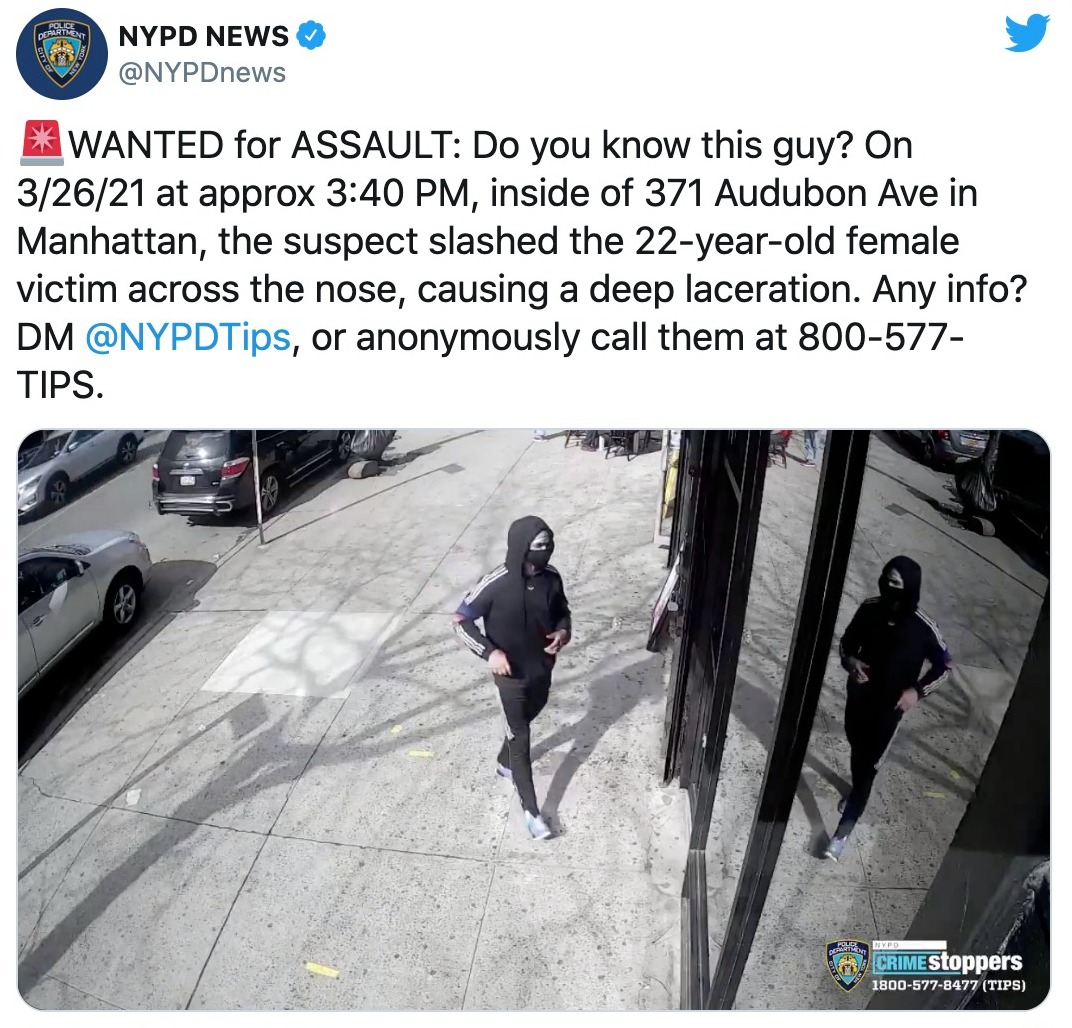 NYPD are appealing for information to track the man pictured downCredit: Twitter / @NYPDNews

“Then he cut me and ran – the whole tip of my nose was completely detached,” she said.

But the dangerous knifeman tripped as he fled the store, before fleeing the scene by sprinting west on 183 Street.

The grizzly footage showed injured Cabrera running to the door of Stephx Designs on with her facr covererd nin blood.

She could be seen yelling at people outside to call 911.

An ambulance raced her to Harlem Hospital Trauma Center, reports the NY Post.

“He definitely aimed for my face,” Cabrera said of the incident. 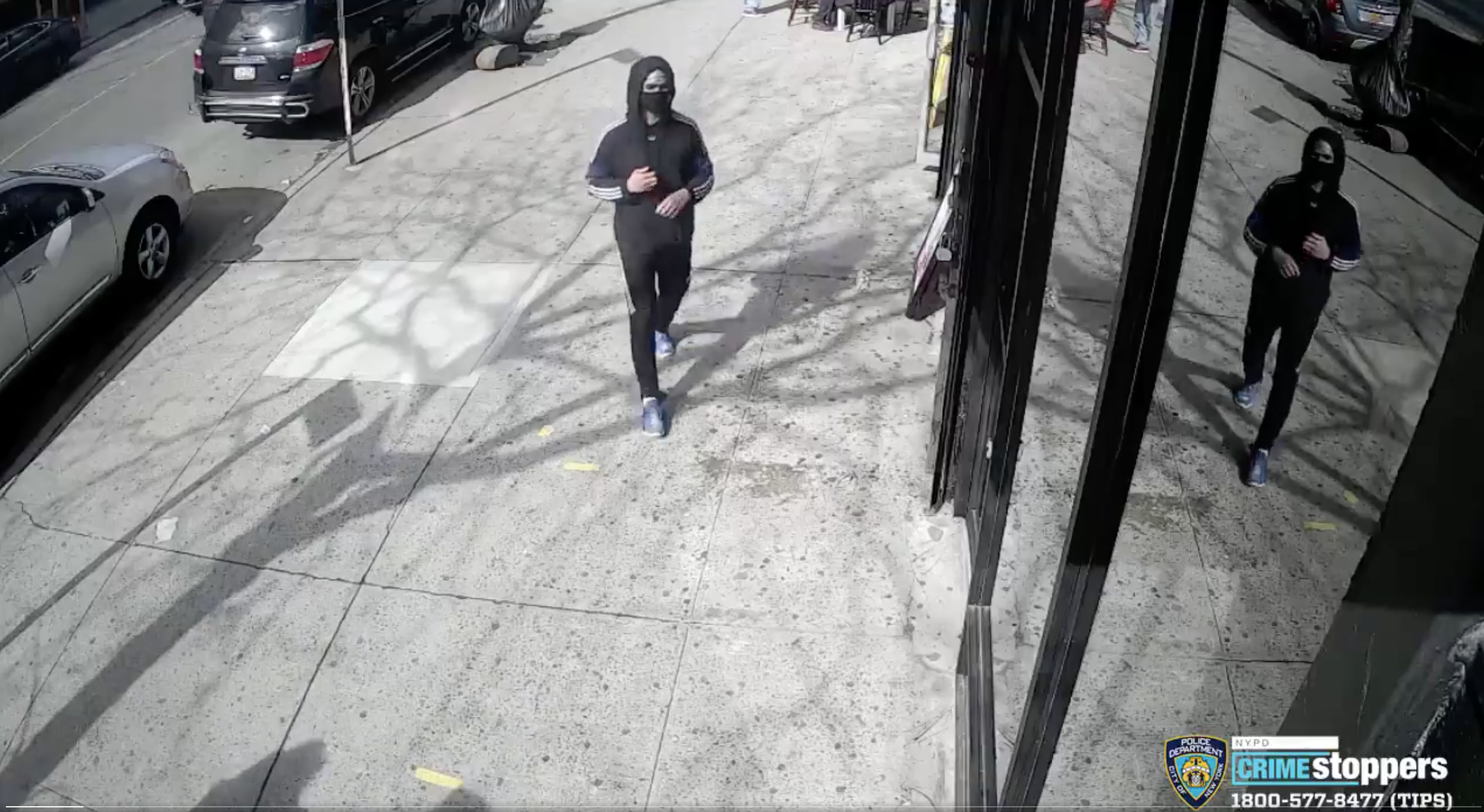 She pointed out she did not know the attacked, saying she “doesnt know why anyone would do this,” to her.

A review of surveillance footage from the past week revealed the suspect had shown up several times before.

“Security cameras show he went the week before, and I wasn’t there,” Cabrera said.

“He was looking for me.”