THIS horrifying CCTV image shows a man moments from death after he was headbutted on to a train track by a thug.

Brian Cleary, 55, fell inches from a live 600-volt rail when he tumbled from the platform seconds before a train arrived at Buchanan Street station in Glasgow. 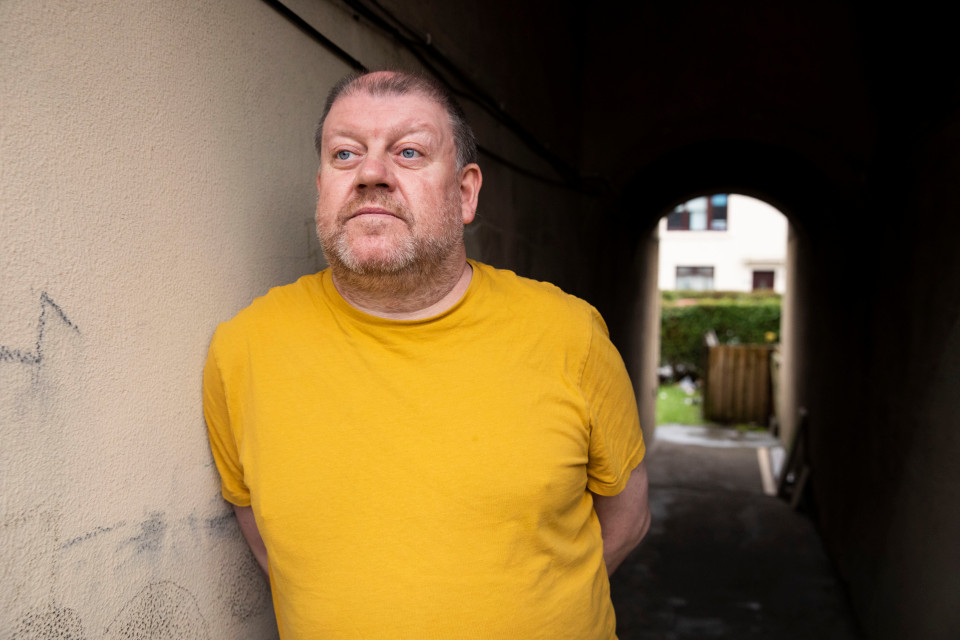 Brian Cleary, 55, was moment from death after he was headbutted onto the train track 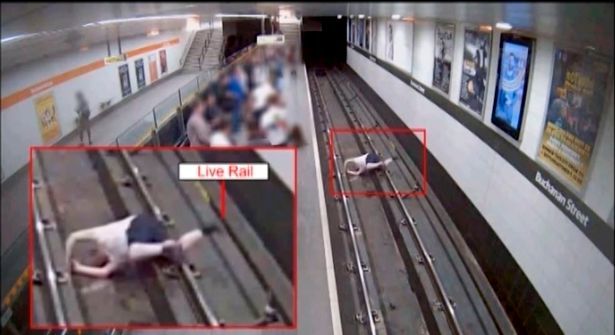 He was assaulted by David Russell – who was spared jail and was told to do unpaid work instead, which Clearly has slammed as being “too light” a punishment.

Brian was told by police ­officers to not look at CCTV footage of the incident because it was so harrowing.

The 55-year-old was targeted by drunk Russell and his friends as he waited for a train with his daughter Kirsti, 22, at ­Glasgow’s Buchanan Street station.

The postman from Drumoyne, Glasgow, told Daily Record: “I think the ­sentence the guy got is disgusting and feel badly let down.

“He should’ve been locked up for what he did.”

Brian said Russell and his pals started chanting “paedos” after spotting Kirsti’s Celtic sweatshirt as they made their way home from a Parkhead match in August 2019.

Russell butted Brian when he ­challenged their ­behaviour -causing him to fall within inches of the track’s live rail.

He then ran off with his friends, while two doctors helped Brian to safety just 10 seconds before a train arrived.

He was arrested weeks later after police traced him.

Russell faced jail after he pled guilty last week at Glasgow Sheriff Court to assaulting Brian to his injury, impairment and ­danger of life.

But he was instead ordered to carry out 225 hours of unpaid work and tagged for six months.

Brian said he plans to contact the ­procurator fiscal to see if the sentence can be challenged, as he believes its “too light.”

He added: “I get quite emotional thinking about what happened and try to block it out and get on with life.

“It took a few days for me ­realise how lucky I was not to die.

“People kept telling me it was a miracle and I shouldn’t be here but I didn’t really understand what they were talking about.

“But I began to understand when I found out how close I fell beside the live rail. The fall on to the track is also quite big. I could easily have banged my head or broken some bones.

“If that had happened, I wouldn’t have got up before the train came. ­I haven’t seen the­ ­footage.

“The police advised me not to look at it. They said it was a violent assault and I reached out to grab the live rail three times to help get back on my feet.

“But I kept missing it and ­eventually got up without ­touching it.

“I was told the voltage is so high I would have effectively been blown-up if I’d grabbed it.”

Kirsti added: “What happened to my dad appears to have been treated like a petty crime.

“There’s a number of things that could easily have happened in his attack that would’ve ended his life. I’m angry and upset.” 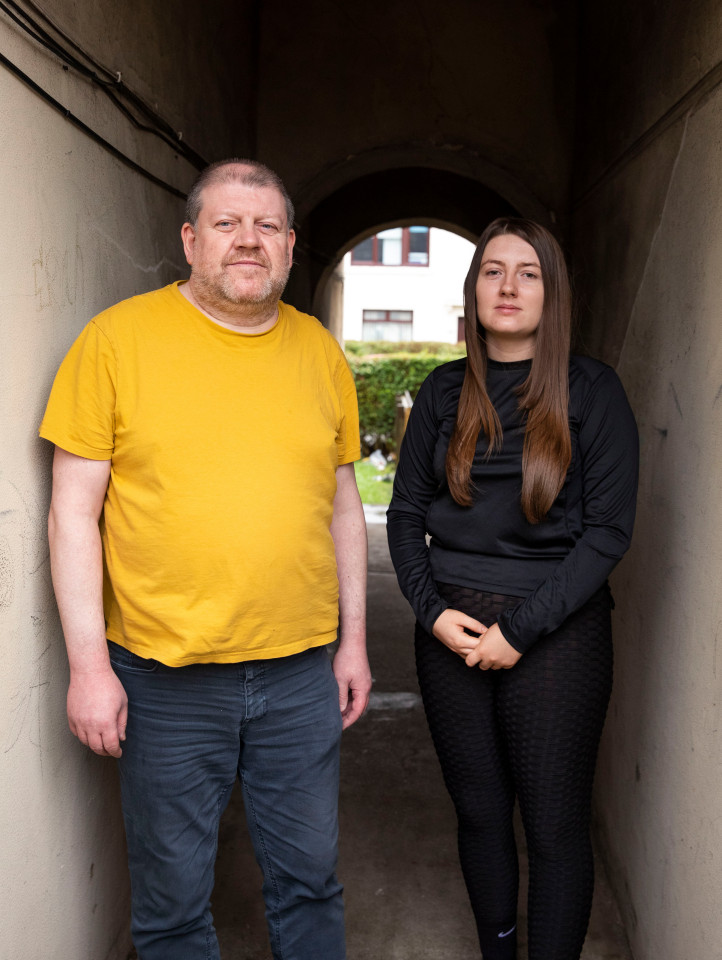 The 55-year-old was targeted by drunk Russell and his friends as he waited for a train with his daughter Kirsti, 22

Drag Race UK: Sister Sister speaks out after being targeted by trolls

Feeling overwhelmed? Here’s how to manage those feelings