A HOMEOWNER who raged after a driver parked in a reserved space has got everyone laughing after sharing pictures of the car.

The hilarious images show the vehicle with two ironic bumper stickers near a no-parking sign.

The car was parked just feet away from a no-parking signCredit: reddit 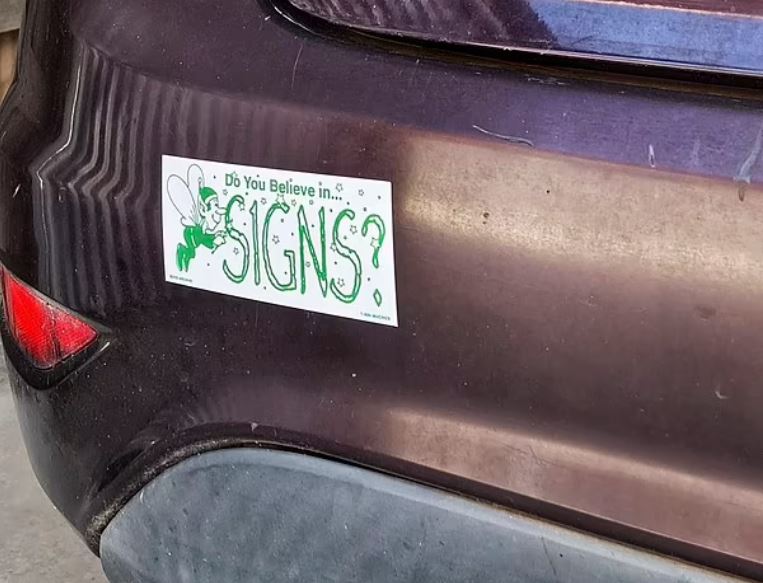 The homeowner uploaded the tongue-in-cheeks images onto Reddit on Wednesday, posting: “The irony of this random person parking in my reserved spot with these stickers.”

The pictures showed a purple Ford Fiesta stationed feet away from a visible sign on a nearby fence that indicated the area was private parking and 24 hours access was required.

But a close up of the vehicle showed two rich bumper stickers.

The frustrated man explained he was “powerless” to get the car towed away despite the driver parking on private property.

He said: “This s**t happens about three times a year and it’s never the same person.

“While annoying, I have graduated to a more accepting Zen-like status and just leave a simple note not to do this again.”

The images sparked a torrent of comments by Reddit users who blasted the ignorant driver.

“Please tell me you double-parked them in and aren’t leaving until an inappropriately late time,” one user wrote.

“If you want to be passive aggressive, print this out and put it under their wiper with a big red circle around the sticker and sign,” said another.

A third posted: “I’ve got a Specsavers sticker that you can whack on there.”

“That F*****G AWESOME’ sticker is ironic and also seeing it would p**s me off more if I found them parked in my spot,” added a fourth.

Tiger King 2: People refusing to watch because of lockdown flashbacks