CHILDREN smile broadly as donkeys carry them across the beach where huge sandcastles are being built in the shadow of Blackpool Tower.

Ice-creams and fish and chips are being eaten on the huge stretch of sand which is bathed in sunshine. 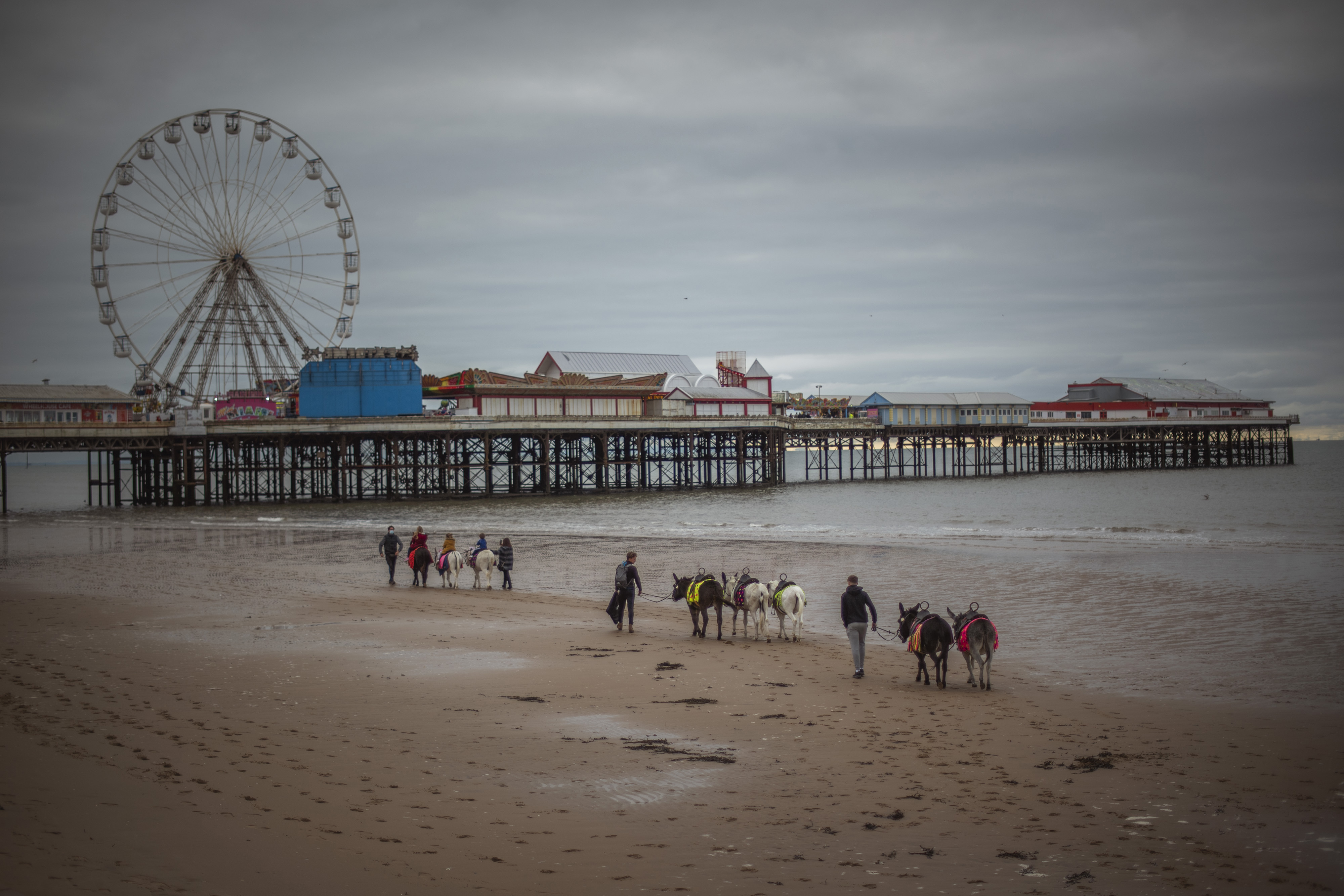 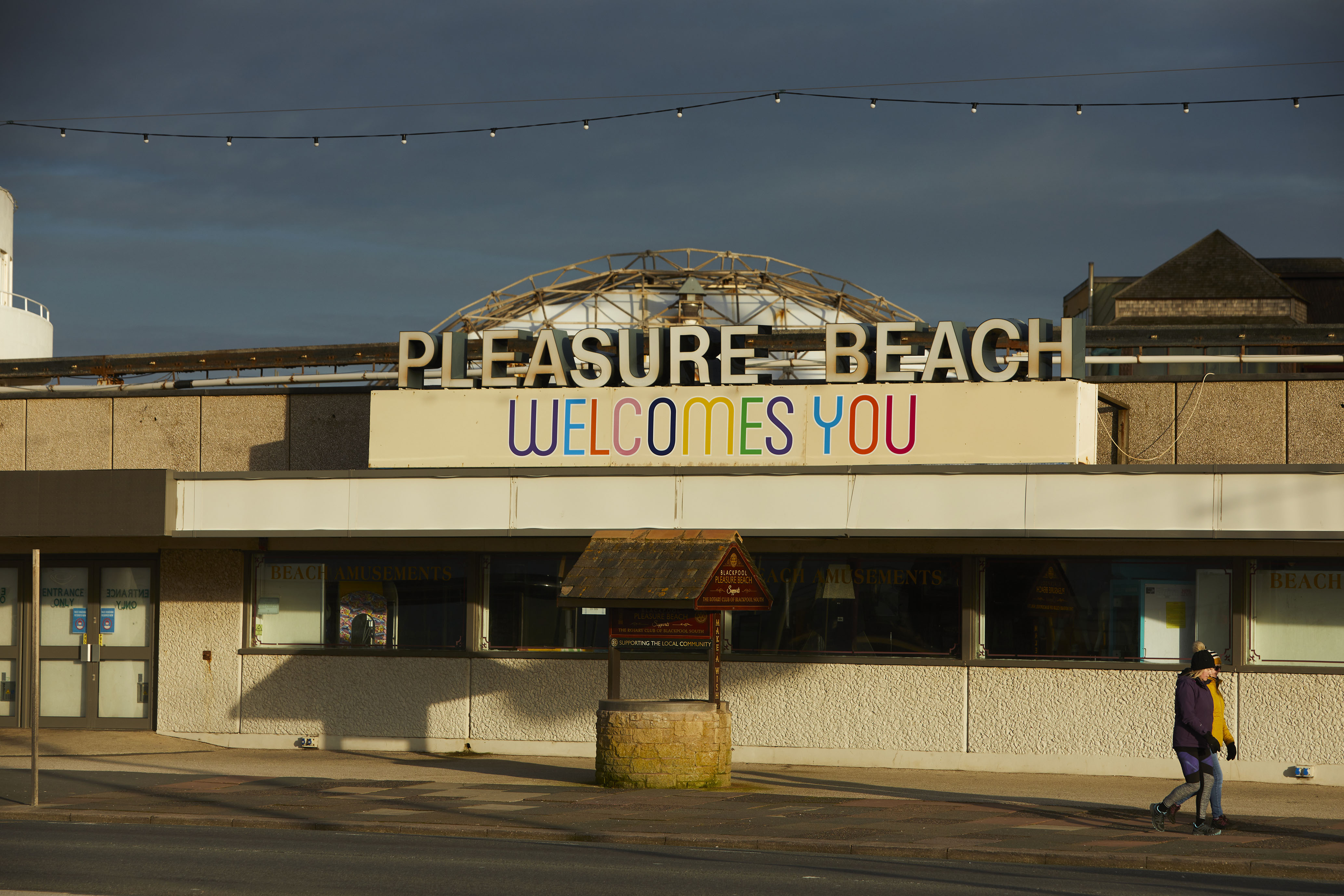 Pleasure Beach adapts to life without tourists and day trippers during the third national lockdownCredit: Eyevine

Yet just yards from the family holidays and busy sounds of the slot machines and bingo callers of Blackpool’s Golden Mile, wraps of heroin are being traded for just £10.

This in a town famous for the ballroom used on BBC’s Strictly Come Dancing and the country’s tallest rollercoaster.

Last year 42 people in the tourist resort died from drug poisoning and it has the highest drug related death rate in England and Wales.

This is one of the reasons why England’s Chief Medical Officer, Chris Whitty, warned that a national strategy is needed to tackle low life expectancy in seaside towns.

Sands of time short in Blackpool

Blackpool is the place where the chance of living to a ripe old age is lowest for both men and women.

On average men only make it to 74-and-a-half years of age, while women reach 79-and-a-half.

Together, Blackpool residents’ life expectancy is around five-and-a-half years lower than the national average.

Over a third of the town’s residents die before they reach 75.

High rates of illnesses like cancer and heart disease along with youth deaths from suicide, drugs and booze are all thought to explain why there’s such a huge gap between the resort and the rest of the country.

In the report Whitty wrote: “If we do not tackle the health problems of coastal communities vigorously and systematically there will be a long tail of preventable ill health which will get worse as current populations age.”

Around 18 million people visit Blackpool every year and with more Brits staying at home this summer it is a popular destination. 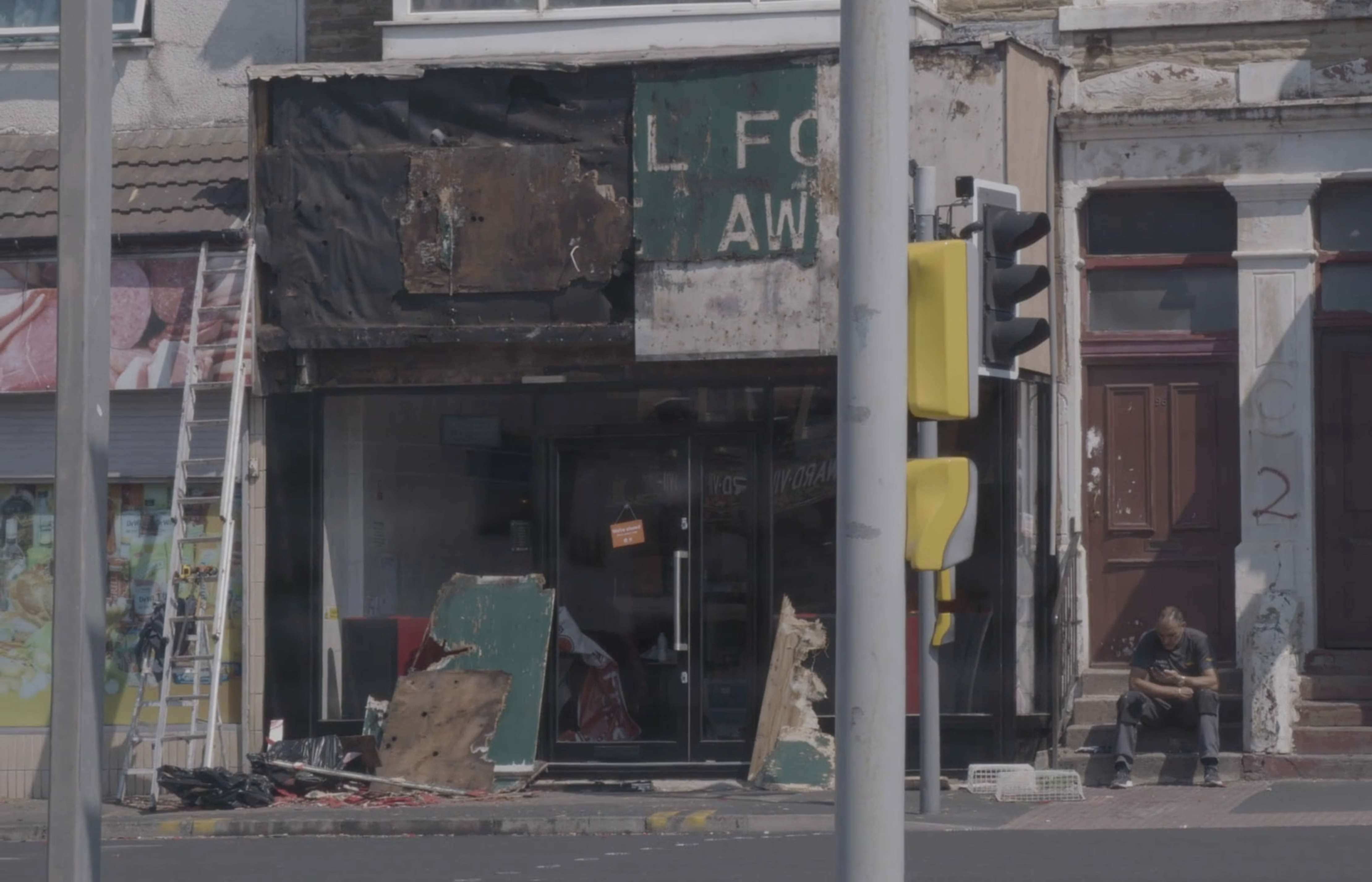 Blackpool has many boarded up businesses on its roads

Donkey owner Oliver Clews, 26, said: “When the sun is shining and the beach is packed it is beautiful here.

“You could be abroad. There is a good, the bad and ugly side to Blackpool.

“You don’t see any drugs or anything on the beach but a few streets from the shore, you see people dealing or taking drugs.”

Dealers are delivering drugs by e-scooter in Blackpool as users take heroin and cocaine in front of children going to school.

One local resident told The Sun: “I live in one of the streets of houses which is drug city.

“The dealers have been seen travelling on the scooters in the streets around the North Pier.

“You see them arriving on scooters that don’t make any noise. No-one messes with them.”

Ryan Busby, 26, gave a shocking insight into the drugs trade.

He regularly walks his brother and sister, aged ten and 14, to school.

He said: “You see them lighting a spoon to burn heroin at 8am in front of the kids going to school. 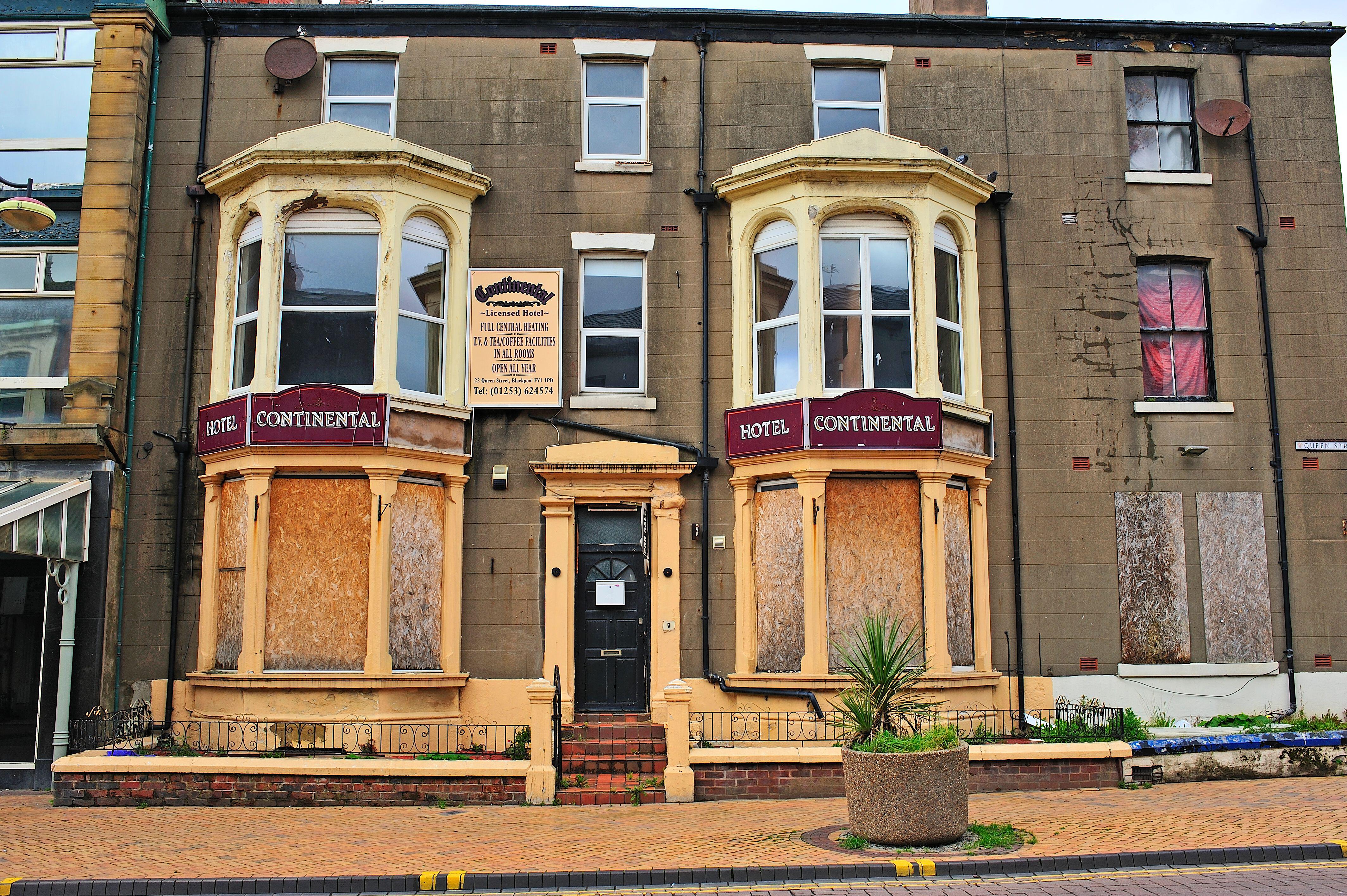 Blackpool has the highest number of vacant dwellings in LancashireCredit: Alamy

You see them lighting a spoon to burn heroin at 8am in front of the kids going to school.

“It’s shocking as the kids can see them burning up or sniffing cocaine.

“I’ve seen bikes being robbed. I was literally walking up town and I watched somebody rob a BMX as they rode off with it.

“I’ve heard stories about my mates being jumped, being robbed, being mugged. You get followed a lot, especially certain girls’ mates.”

One dealer said: “There is a lot of demand for spice but heroin has always been here. People like living near the sea to take drugs.”

In response, the government is promising £4.8million will go towards tackling drug abuse in Blackpool as part of its project ADDER (Addiction, Diversion, Disruption, Enforcement and Recovery) programme.

That will include disrupting dealers and providing treatment for addicts.

One of the aims of the three-year project is to reduce drug deaths by identifying the most vulnerable people and assigning them a key worker to coordinate efforts of help from agencies like the DWP, housing workers and the Probation Service. 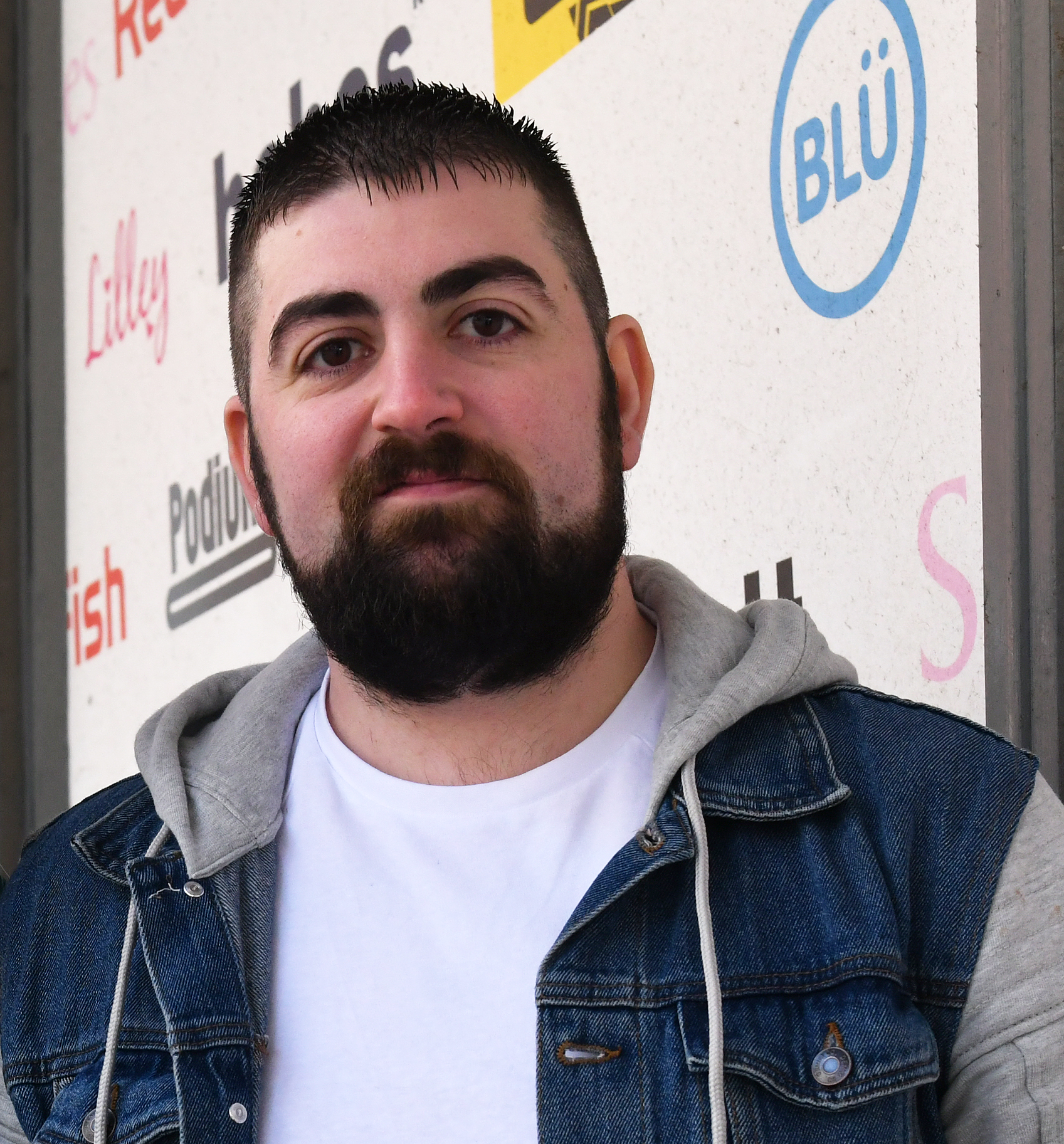 He said: “Once it has hold of you that’s it. Drugs suck you in and taking them becomes part of every day life.

“I used to have a drug problem and was taking a lot of cocaine at one point.

Drugs suck you in and taking them becomes part of every day life.

“I finally stopped because it was either drugs or my family.

“You just have to look around here to see people don’t have a lot of money.

“Blackpool has a lot of homeless people who are sleeping rough, and many are drug addicts.”

Another resident says the town turns particularly bleak at night.

She said: “When it’s darker, it’s different then. But during the day, everybody’s sitting outside, having a drink like family gatherings with friends.

“But weekends, it probably goes back to stag nights and hen dos, things like that.”

Earlier this year, licensing bosses decided to not allow lap dancing clubs to renew their licenses when they lapse.

The idea is to make the town a family-friendly resort rather than a stag do staple.

Blackpool is the most deprived local authority in England where 13 per cent of the population claim benefits.

The North Western resort has eight of the ten poorest neighbourhoods in England.

It also has the highest number of alcohol related hospital admissions, with its 67.3 per 100,000 people rate twice the national norm.

And it also has shocking rates of severe mental health issues.

There were over 500 hospital admissions for intentional self-harm in 2018/19.

Many people with substance misuse issues have mental health problems at the same time.

Tattooed Mick Channon, 52, said: “Drugs are all the place here.

“There’s a lot of spice and heroin.” 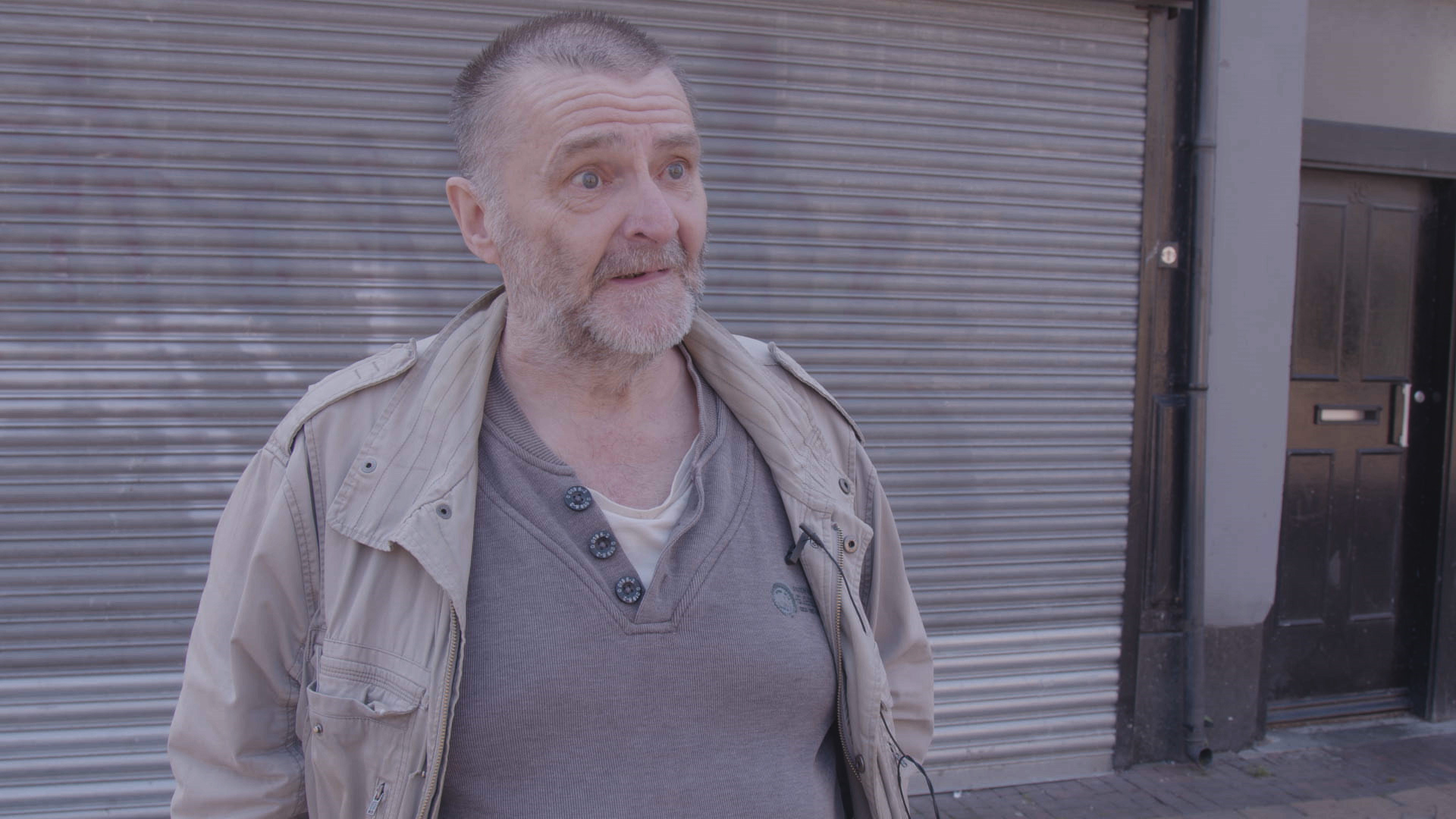 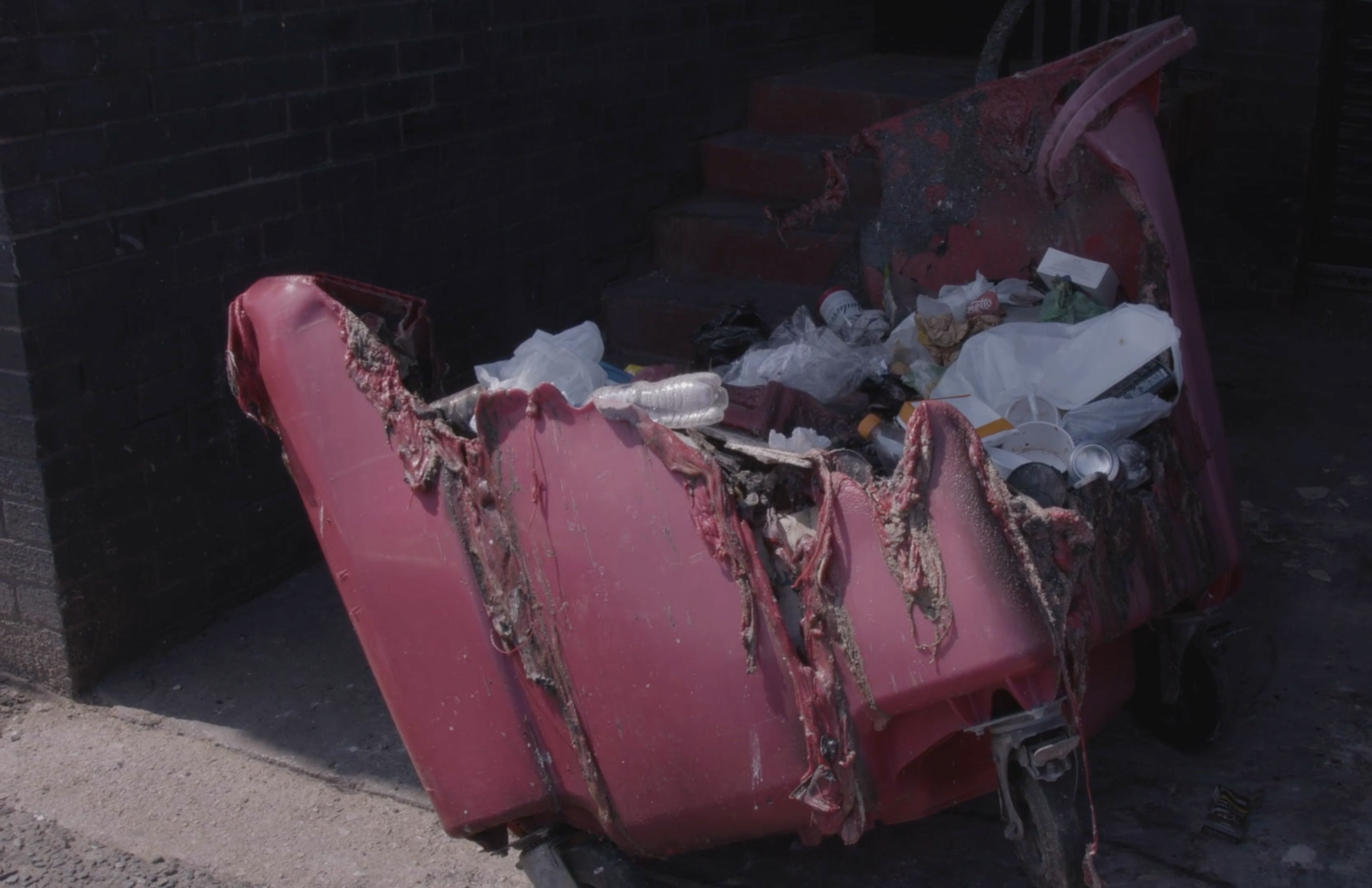 Many of the former hotels were turned into cheap places to live, which attracted people who couldn’t afford to rent anywhere else – including addicts.

There are plans to bring back the glory days to the struggling town.

A five-star hotel is going up close to the tower, Blackpool’s Pride of Place Partnership hopes to create 10,000 jobs and £27million has been spent on the sea wall.

The plan is ultimately to make Blackpool the number one family beach resort in Britain boasting big city facilities.

Hundreds of low quality housing units have also been refurbished or torn down and replaced with decent properties to buy and rent.

Some arrive in Blackpool hopeful of finding work in the hospitality industry. 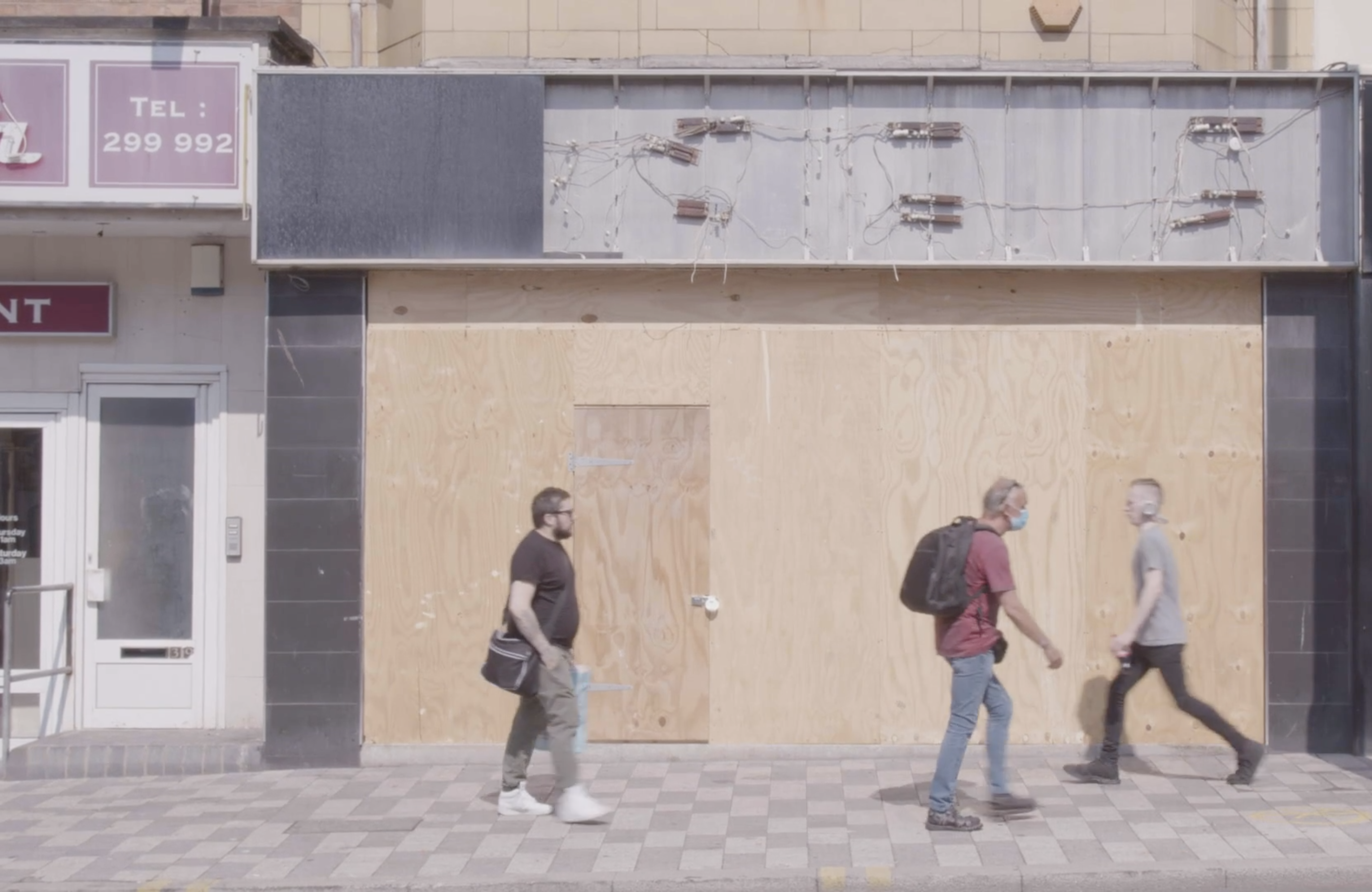 Blackpool is the most deprived local authority in England

But for those who do find work, wages are lower than in other areas of the country.

James Dewhurst, 61, said: “People come here as they think the streets are paved with gold, but they’re not and they end up on drugs.

“It’s sad and the place has become more rundown.

“I’ve lived here all my life. Things in this town have got bad.”

Halsey shares tracklist for new album ‘If I Can’t Have Love, I Want Power’