Sometimes you do have to actually thank the baby Jesus that we live in what has to be the most fun city in the world! Just look at this week.

As well as London Cocktail Week being just around the corner, we have early Oktoberfest shenanigans, a brand new crazy golf spot, a doodling opportunity, a freshly launched pan-Asian restaurant complete with its own late-night gin joint, festivals celebrating Japan and south London, a 100% fully vegan boozer and a chance to do mass karaoke.

Altogether now, we should be so lucky, lucky, lucky lucky! Sorry, just flexing our vocal cords for said singathon…

It’s class in a glass 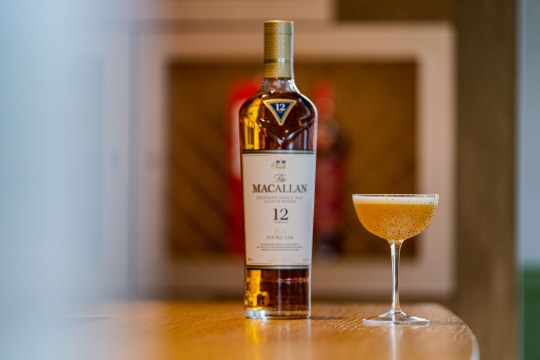 ’It’s the most wonderful time of the year…’ No, not Christmas, silly. London Cocktail Week!

And even though it’s already the biggest in the world, this year they’re cranking it up even more with a Salon Courvoisier, where you can take in the music and atmos while going on a journey of the senses by way of expertly crafted cocktails.

Then there’s a cosy Scottish-themed winter terrace courtesy of Macallan, Laphroaig-inspired live jazz nights, a nine-venue ‘cocktail crawl’, and some of the most inventive, most delicious and most lethal concoctions known to mankind.

Don’t wait around to book because we’re racing online for tickets and our excitement is unbridled.

Stein’s a large one 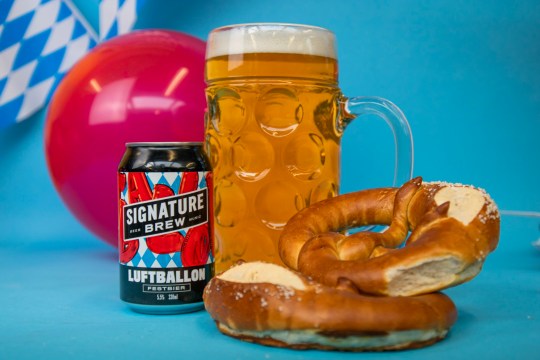 They may not know how to use the letter ‘c’ correctly (it should be Octoberfest, right?) but they sure know their beers, them Germans. And it wouldn’t be late September without a little bit of Oktoberfest to light our way into winter, right?

This year, to celebrate the launch of Luftballon, a new 5.5% golden festbier, Signature Brew’s Blackhorse Road Beer Mile Brewery and Bar is hosting a free Oktoberfest event with bratwurst (sausage) from Dingley Dell and live brass music to help those beers go down.

And yes, the Luftballon is indeed a reference to that 99 Red Balloons song, so strap on your lederhosen and join us for some very big glasses of the stuff.

Sing your heart out 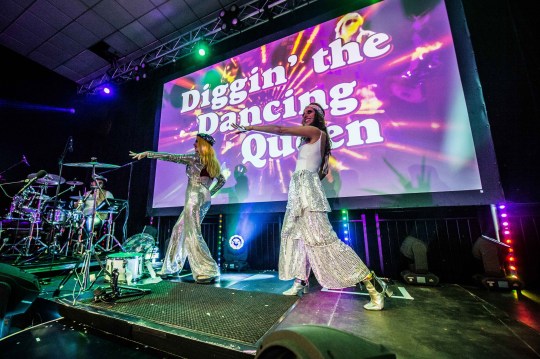 When you have voices as sweet, powerful and mellifluous as ours, you don’t keep them locked up at home — you unleash them!

And, thankfully, there are three new singalong events coming to the Clapham Grand that will suit our tones right down to the ground.

First up is Sing The Musicals (we don’t mind if we do!), including hits from the likes of The Greatest Showman (‘never enough, never, NEVER!’) and Wicked, then there’s Sing The Movies, from James Bond to Ghostbusters, and finally Sing Queen Vs ABBA, where Waterloo goes head to head with We Will Rock You.

They’re all put together by Massaoke, which is pretty self-explanatory really — mass karaoke. Our only concern is our voices may not stand out enough… oh, who are we kidding?! 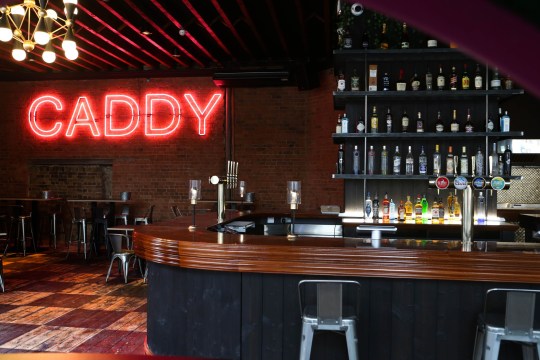 Just because the nights are drawing in, that doesn’t mean you can’t still get your fix of crazy golf, not now Shoreditch Balls is about to open. Remember the London Apprentice?

The old gay club just round the corner from Hoxton Square that Freddie Mercury used to go to? Well, that’s where the crazy has been built with — listen up! — table-side on-tap cocktails served from ornate copper pipework. Imagine if you just laid down underneath!

Add some very cool and not entirely serious tunes, retro ’90s decor and the craziest of golf and we’re looking at a bit of a riot waiting to happen.

Lucky for some (namely us) 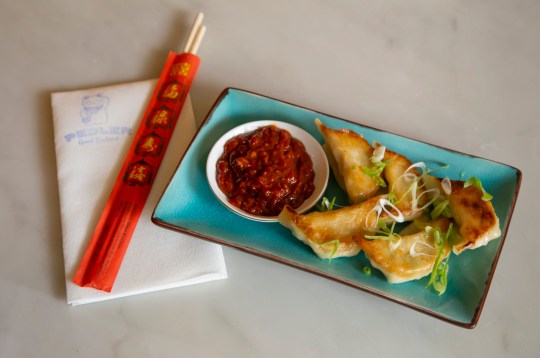 If Peckham needed just one more reason for us to be going down there on a regular basis, it just got it in the form of Pedler Good Fortune, a place that takes Asian food and late-night gins to a whole new level.

The first great thing is that the food has been rounded up from across the continent so you can have Chinese, Japanese, Thai, or a mixture of all the above, all in surroundings that are as cool as the good people of Peckham demand — you know: neon, industrial features, sexy low lighting.

And the second great thing is that when you’ve had your fill, you can just head upstairs to the in-house late-night gin joint to take your evening to its natural conclusion.

Get your Doodle on 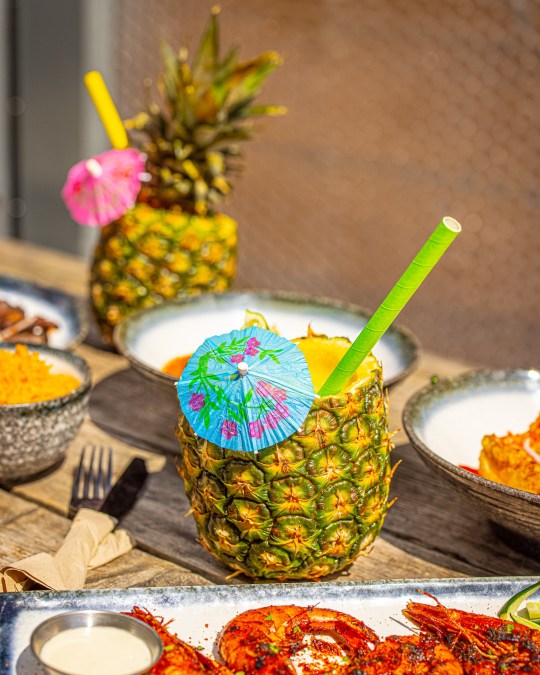 Get your passport, we’re heading south for the weekend… to Peckham and Brixton. First stop is Peckham Levels where they’re getting in on the London Design Week act with Doodle Talks in association with Rye Here Rye Now.

Basically, they’ve roped in a bunch of creatives to host workshops on what it takes to unleash your creative juices.

Then it’s down to Pop Brixton, more specifically its new Congolese restaurant Brazza, where this weekend they are spicing up the west and central African food with a feast of Afrobeats, Afrotrap and other things that start with Afro and are amazing.

Pack your trunk and head south 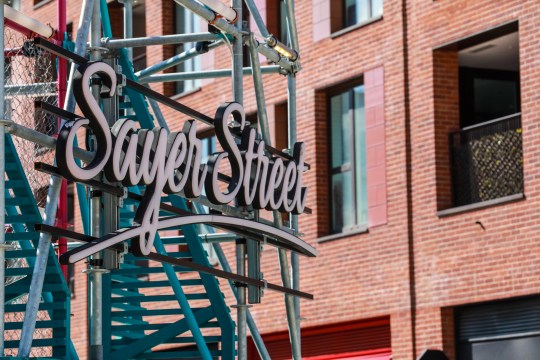 We do love a new festival and we are very into photography, dance, poetry, music and food (OK, and drink), so the only logical place for us to be this weekend is at the first ever Elephant & Carnival Festival down in that part of fully gentrified south London known as Elephant & Castle.

Oh, and it’s free, so we’re definitely in. It’s all put together by the non-profit organisations and local independent businesses of Sayer Street and it aims to showcase the area’s rich cultural mix of African, Caribbean and Latin flavours through dance displays, delicious street food and an exhibition about the area’s rich heritage from arts space flat 70.

So if you’re down that way and wonder who that is with their faces slathered in jerk chicken sauce, it might just be us.

Chopsticks at the ready 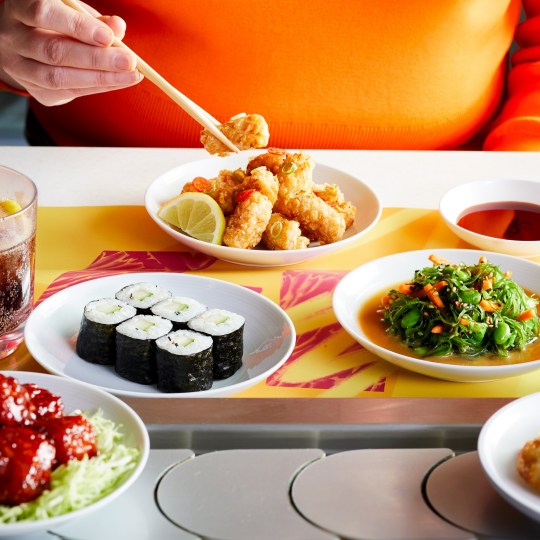 Seven Dials is getting a Japanese makeover (Picture: Seven Dials)

You can’t beat a bit of tempura prawns, miso glazed tofu and edamame, so don’t even try.

And that’s just one of the menu options as you get stuck into this year’s Japan Week Festival at the Lexus Takumi (it means ‘artisan’, don’t ya know?) Townhouse down Covent Garden way next week.

The festival will be across London — everywhere from fancy places such as Nobu to a bar near you — but just off Seven Dials is where you’ll be able to dip your toes into a bunch of pop-up experiences, courtesy of car peeps Lexus, with tattooists, sake tastings, origami workshops and, most importantly, the skinny on where to get your chops around some of that celebratory Japanese food.

Spread your wings and try it 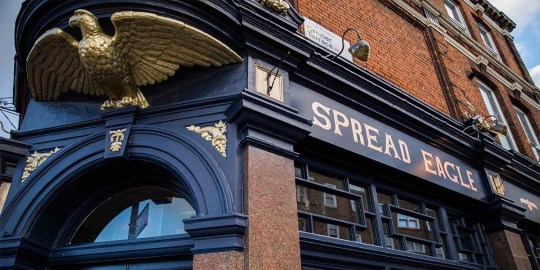 When the food is this amazing at what might just be east London’s coolest hang-out, Spread Eagle, then there really is no reason not to go vegan.

And we’re talking proper pub food along pie ‘n’ mash lines at what is — fanfare please — London’s first 100% vegan pub. And being one of the oldest boozers in town, it feels like a proper pub — albeit with the odd glitterball, ’70s retro bar stools and drag quiz nights.

But it’s that food that’s got us hooked (oh, and the cheeky service!). Spiced pea fritters, leek and ‘shamembert’ tart, ‘squashage’ rolls, sticky toffee pudding served in a lake of sauce, plus your burgers, sides and a vegan Sunday roast menu with actual choice!

Our table’s the one in the corner. 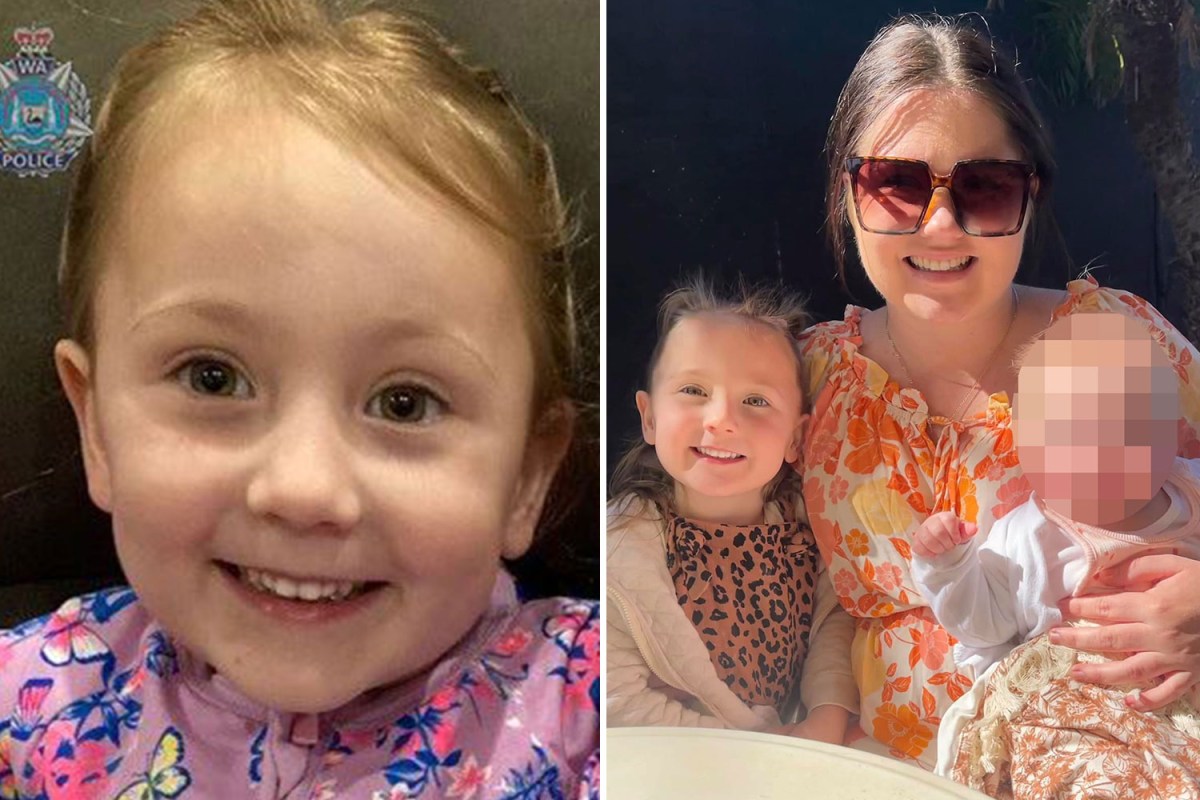 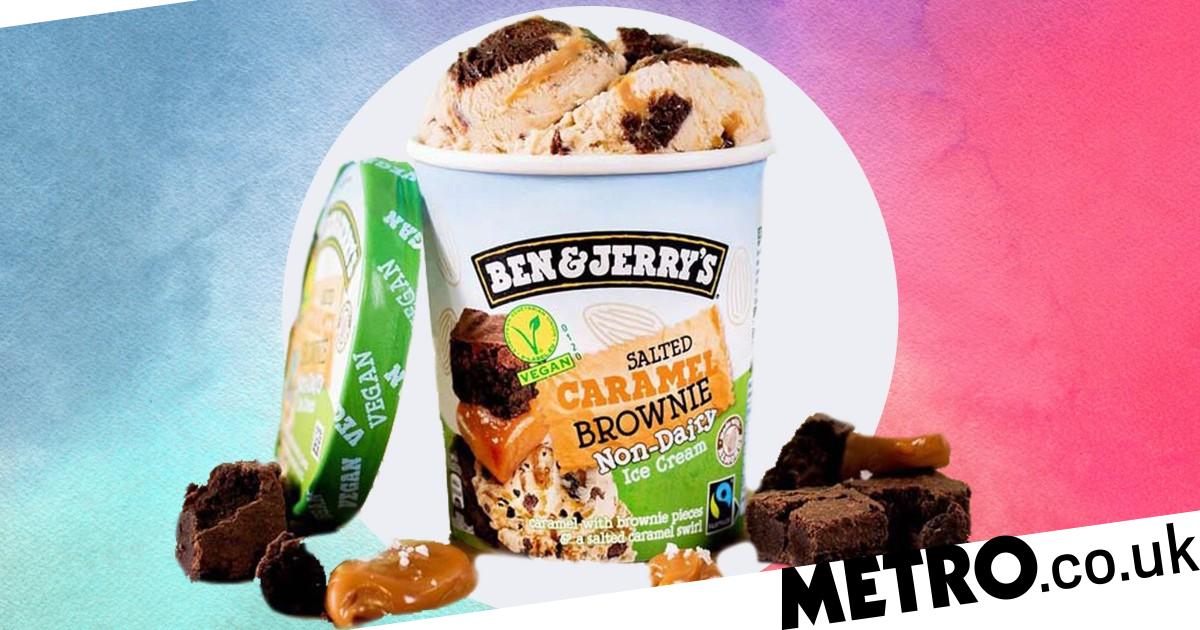