Aerial images taken for Google’s digital mapping service show a derelict blue and green building with dozens of its windows blown out. 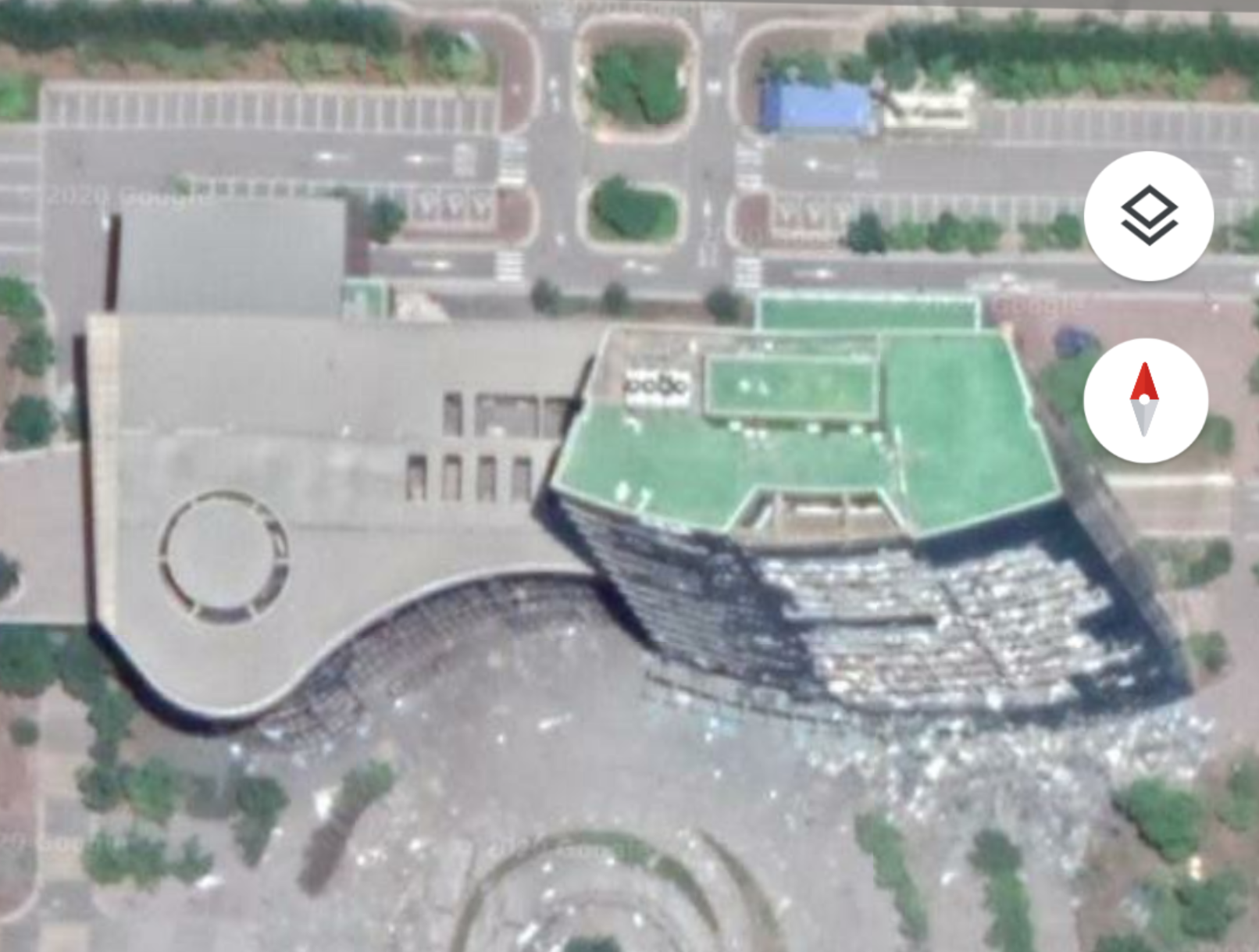 Rubble and broken glass appears to be scattered across the parking lot belowCredit: Google maps

The satellite snaps also show what look like mountains of rubble and broken glass scattered across the parking lot below.

The discovery in the southern city of Kaesŏng – just four miles from the border with South Korea – was shared on Reddit by user d2suarez.

“I was looking at the satellite images of North Korea and noticed that it looks like there was an explosion in this office building,” they wrote alongside their post.

“There appears to be glass all over the parking lot.”

In the comments beneath the August 2020 post, users marvelled at the unusual find.

“At first look i thought it was a broken hard drive,” one responder wrote.

A second joked: “Might wanna refrain from posting the words ‘I was looking at satellite images of NK’ on the internet.”

The post’s author eventually solved the mystery. The building is a former government office that was partially demolished last year.

“I just figured out that it was the Korean Inter-Joint Liaison Office,” d2suarez wrote.

“It sounds like South Korea built it but North Korea attempted and failed to demolish it.”

According to the BBC, the Inter-Joint Liaison Office was opened in 2018 to help the Koreas – officially in a state of war – to communicate.

It was temporarily abandoned in January 2020 as a result of the Covid-19 pandemic. By June 2020, it had been partially demolished by North Korea.

The four-storey building was reportedly filled with munitions that were detonated by the North Korean military.

There was no suggestion that anyone had been hurt or killed in the blast.

It came at a time of rising tensions between the two nations.

At the time, the Korean Central News Agency released a statement saying that “the liaison office was tragically ruined with a terrific explosion”.

It added that the explosion reflected “the mind-set of the enraged people” of their country.

In a statement, South Korea warned it would “respond strongly” if the North continued “to worsen the situation”.

The destruction of the office, it said, “abandons the hopes of everyone who wanted the development of inter-Korean relations and peace settlement in the Korean Peninsula”. 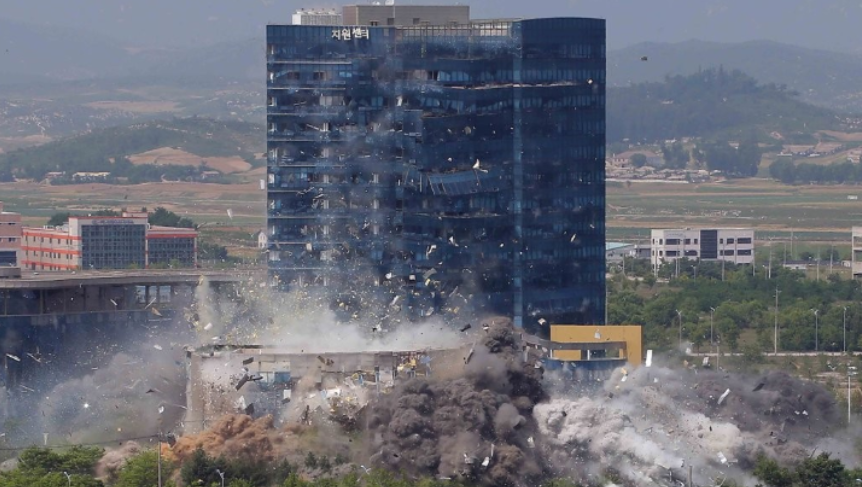 The building was once the Korean Inter- Joint Liaison Office, which suffered a failed demolition attempt in June 2020

In other news, Facebook has launched new “prayer tools” which offer US megachurches the chance to raise funds and listen to prayer requests.

Samsung has teased a glimpse of the design for its highly anticipated Galaxy Z Fold 3 smartphone.

PES replacement eFootball will be ‘basically a demo’ at launch

A Trump bombshell quietly dropped last week. And it should shock us all | Robert Reich