RAEGAN Pile fell pregnant at just 18-years-old. She had just broken up with her ex boyfriend who she’d dated for a year, so, with help from her family, she decided to put the baby up for adoption.

Now ten years on, Raegan doesn’t regret the decision she made and she and her high school love actually made amends, and are married with a child. 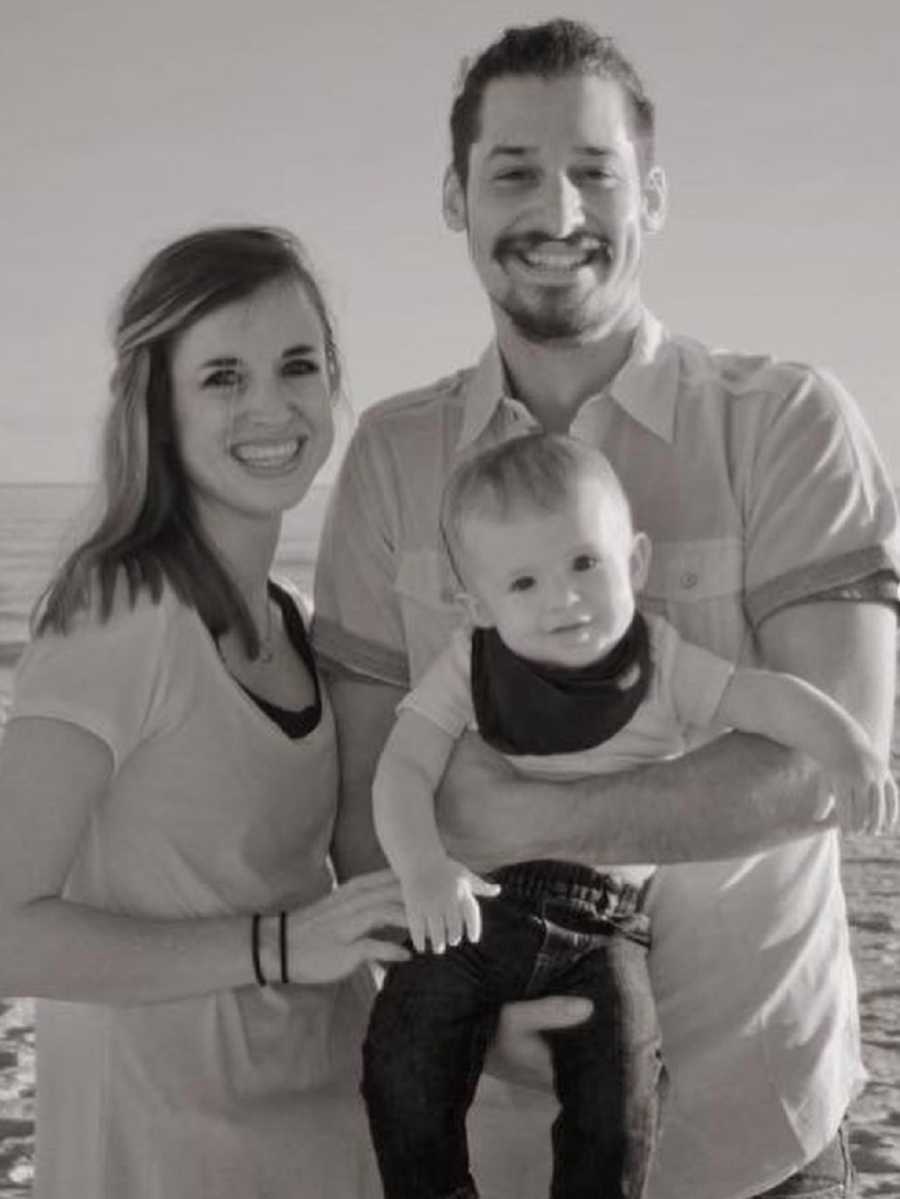 RAEGAN Pile broke up with her high school boyfriend and gave up their baby for adoption, but now they’re married with another babyCredit: Raegan Pile/ pilesofadventures/ Instagram

“My now-husband and I met at our high school. We dated for about a year and broke up.

He graduated and I continued to try to move on. Then, an opportunity arose to see him. It was a magical night and everything was perfect.

One month later, everything changed. I missed my period. I took two tests, each a week apart, just to be sure that I was, in fact, pregnant… and I was. 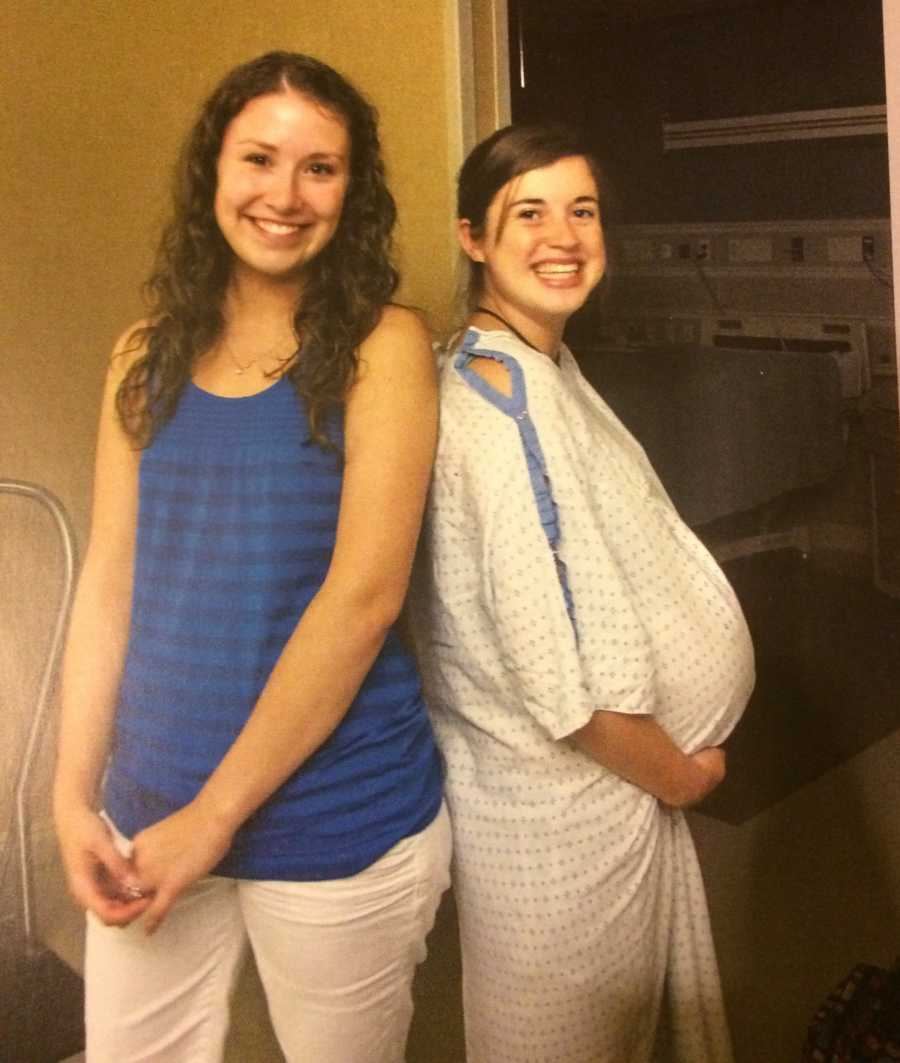 She was just 18-years-old when she fell pregnant and decided adoption was bestCredit: Raegan Pile/ pilesofadventures/ Instagram 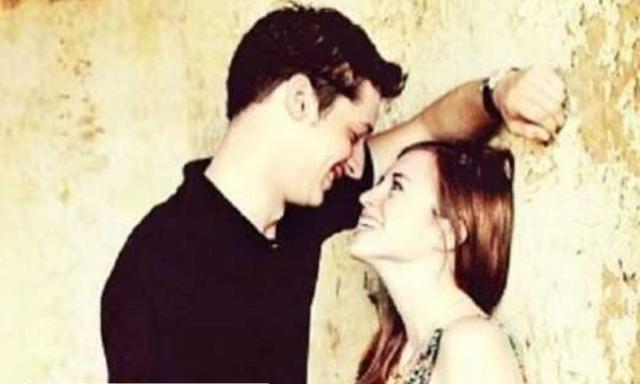 Raegan was with her boyfriend for one year before they broke upCredit: Raegan Pile/ pilesofadventures/ Instagram

I told my now-husband about the baby – it didn’t go well. I knew it wouldn’t because what 18 year old wants to be a parent?

Then, I had to tell my parents… I have never seen my father so speechless, and I have never heard my mother cry like that.

The next week was a daze of my parents trying to figure out what to do while I tried to keep food down.

On top of all that, the father of my child, my now-husband, was wanting back in the picture.

We both decided that adoption was best. We knew we couldn’t give our baby the life we dreamed for him on our own. 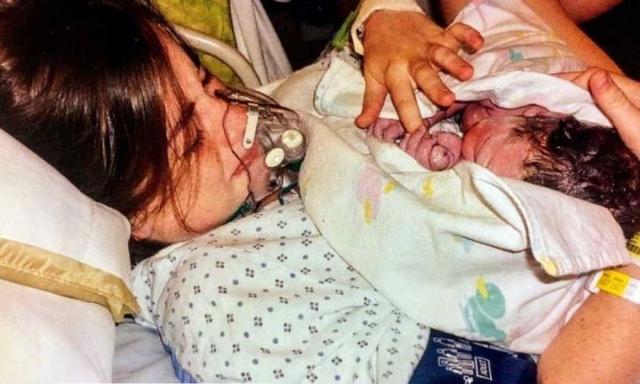 She went ahead with the pregnancy and found great parents who would adopt their new sonCredit: Raegan Pile/ pilesofadventures/ Instagram 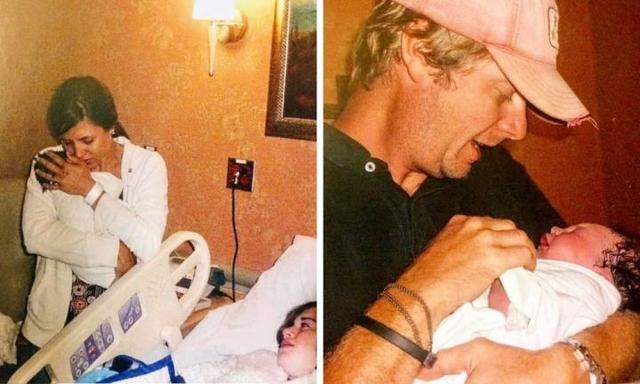 Raegan said she knew they were the right parents as soon as she met themCredit: Raegan Pile/ pilesofadventures/ Instagram

I decided to meet one prospective adoptive parents after two months

Oh boy, was I nervous. We sat outside on the deck. My back was to the door, but I still turned around when I heard them come in. I saw her first and then him. I knew.

I didn’t need to ask questions because I knew.  I told my parents as soon as they left. ‘They are going to be my son’s parents. They are the ones.’

The next day I got to meet their older child and once again I knew right away that my baby would be perfectly loved in this family.

The next few months were filled with so many ups and downs but finally, my due date arrived – and then it went. I was ready and devastated that the baby hadn’t come yet. 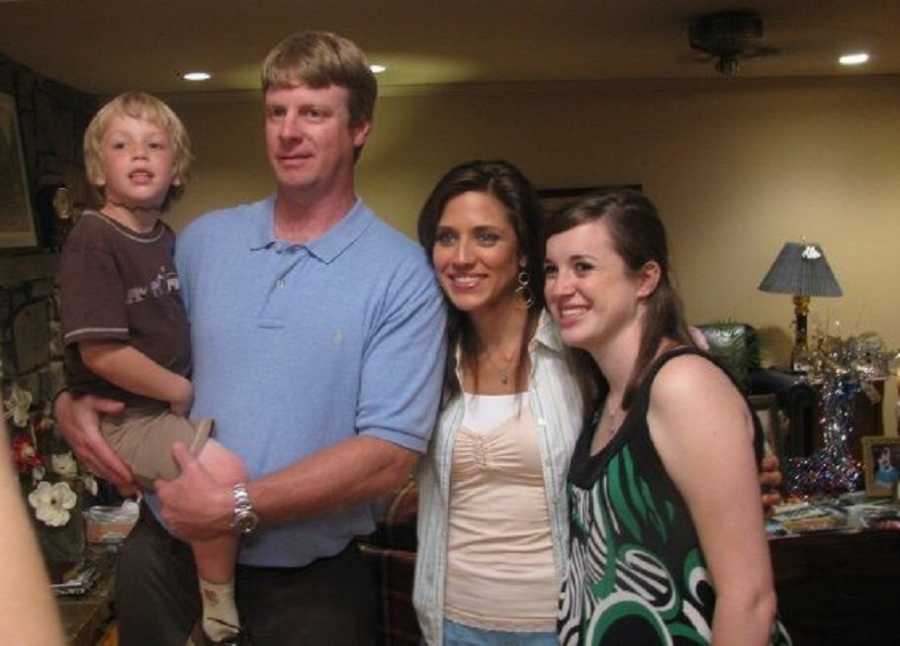 Raegan has a good relationship with them and they get along wellCredit: Raegan Pile/ pilesofadventures/ Instagram

The next day, I was extra tired. I felt like I couldn’t even move. That night, I was sitting on my bed watching TV when it happened.

I walked outside and yelled out to my mum, ‘Mum I think I peed myself. I need your help!

‘Are you sure? Did you smell it?’ Yes, the neighbours heard.

‘It’s time. My waters broke and he is on his way!’ was the first thing I said.

I don’t remember much after that. More walking. I took a shower. After about an hour, we finally made our way to the hospital. 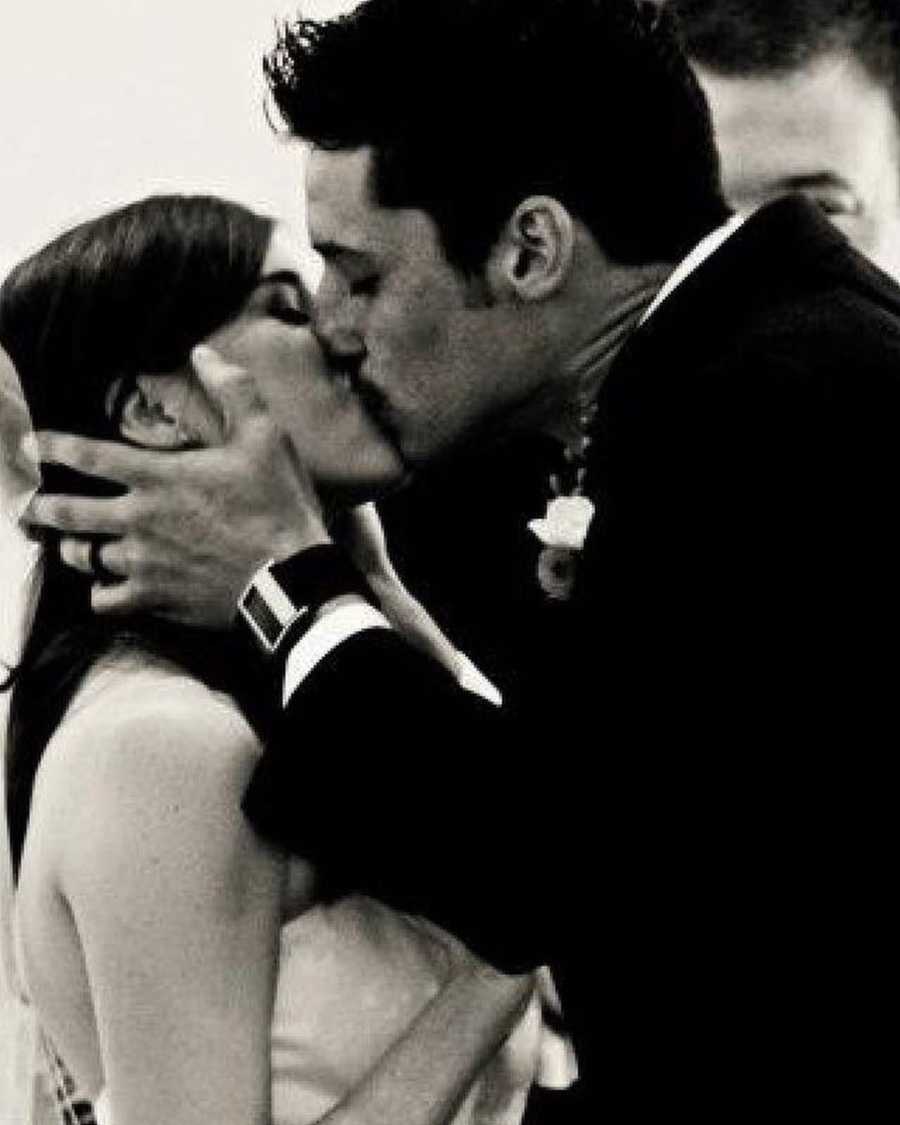 Raegan and her ex got back to together and have been married for seven yearsCredit: Raegan Pile/ pilesofadventures/ Instagram 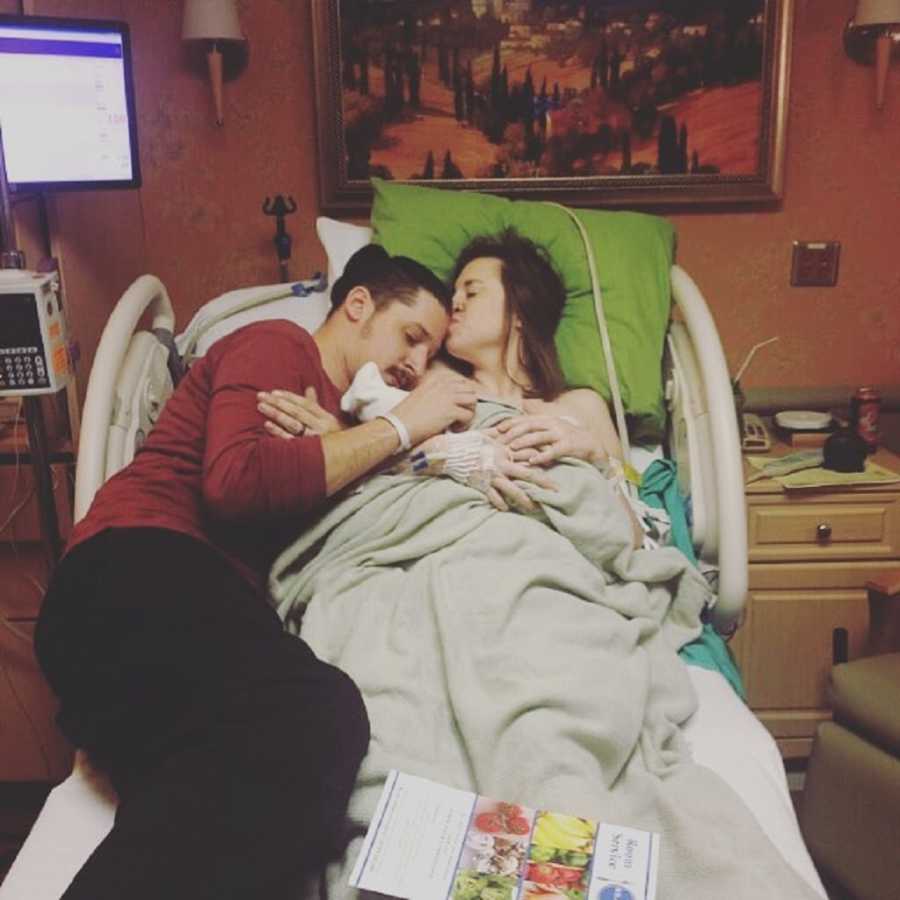 After three miscarriages, they finally have another baby of their ownCredit: Raegan Pile/ pilesofadventures/ Instagram

My son’s parents and his brother finally arrived. I was so happy they were there for this.

At one point my son flipped back around, which was painful. Push. I pushed. Push! I pushed harder. PUSH! I couldn’t breathe! Neither could he, he was stuck.

But after the next two pushes, he was out. Screaming. Then a calm came over the room when the doctor placed him on my chest.

They cleaned him up and had everyone leave but me, him and my mum. I didn’t want to hold him long because I knew I wouldn’t let him go.

‘I love you so incredibly much,’ I remember telling him. I remember counting his fingers and toes. Then I looked at my mum. ‘It’s time.’ 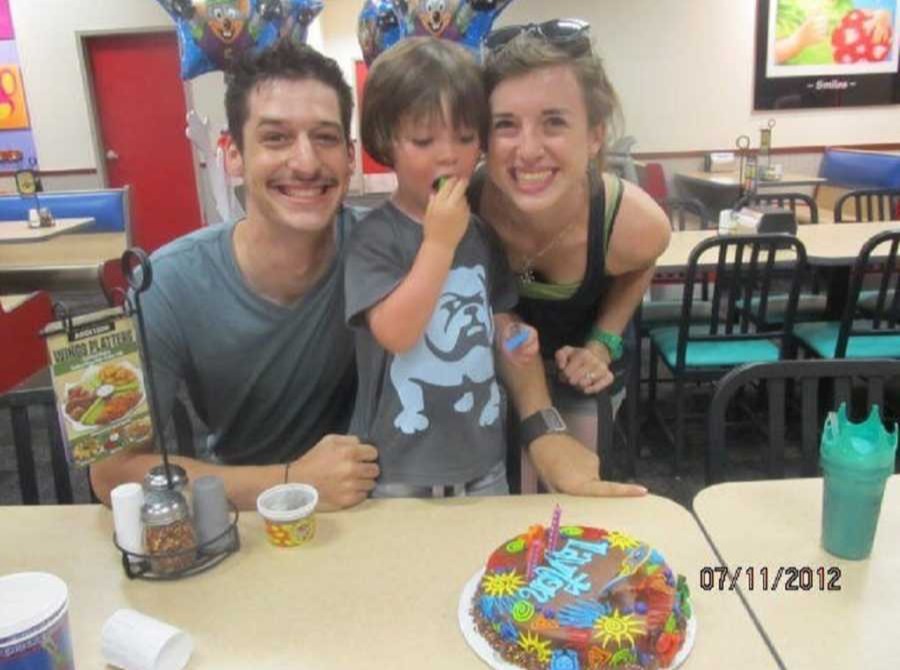 The couple still see the son they’d given up for adoption every year on his birthdayCredit: Raegan Pile/ pilesofadventures/ Instagram

With tears in her eyes, she said, ‘Are you sure?’ I nodded, and she went and got them.

His adoptive mum came into the hospital room first. Bittersweet tears were in both of our eyes.

She walked over to the right side of the bed. I give him one last kiss and handed him to his mother for the first time. That was my one request.

Watching his mum fall in love comforted me. Seeing his dad beam with pride filled me with joy. And witnessing his older brother meet him made all the pieces fall together.

Going home was strange. I thought I would cry, but I didn’t. It was strange but still felt normal. We got home and I went up to my room. I unpacked and then sat in a daze at my desk. 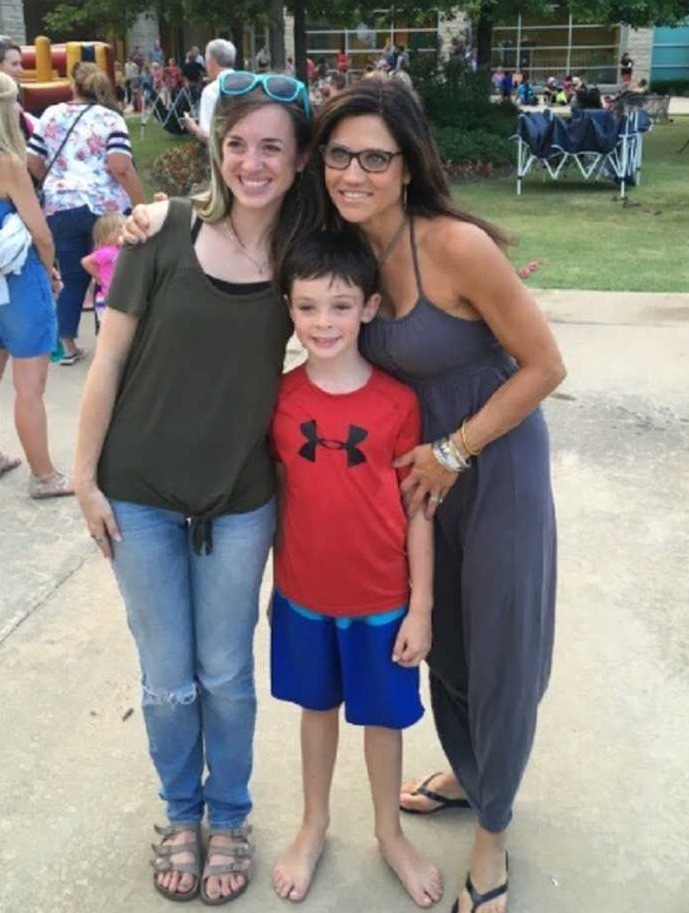 I guess my parents had called me to dinner. I didn’t hear them until they were standing behind me. That’s when it hit. And I cried. I cried so much I couldn’t eat. My parents just held me.

But I don’t regret my decision. It’s been 10 years and my decision is always reconfirmed every time I see them. We see him every year on his birthday

I’m lucky. His birth father and I ended up making amends and guess what? We just celebrated our seventh anniversary, and after three miscarriages, we were able to have a baby.

It’s crazy that 10 years ago I thought my life was ending when in reality, it was only just beginning.

This story originally appeared on Kidspot and has been republished with full permission.

We also shared how a woman’s sister put her daughter up for adoption because she didn’t want a girl – she said she’s a monster and that she’s fighting for custody.

Meanwhile, we revealed how these woman gave up custody of their kids – people are outraged but they say men do it all the time and motherhood isn’t for them.