THE parents of a girl who had two large needles jabbed into her heart and lungs have been arrested on suspicion of killing her in a sick satanic ritual.

The objects were found inside Maia Vallejos after the three-year-old died in hospital from an infection that affected her vital organs and caused cardiac arrest. 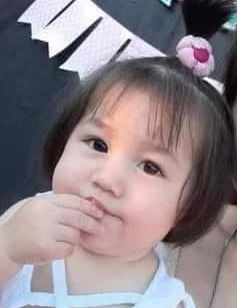 She was pronounced dead shortly after arriving at the hospital in Quitilipi, nearly 700 miles north of the Argentinian capital Buenos Aires.

Maia’s 20-year-old mum and 19-year-old stepdad tried to escape for fear of being lynched but were captured by police on the outskirts of the village where they lived.

One needle measuring four inches and normally used to sew up footballs was touching her heart.

The other, an older needle which had been placed in her body some time before her death, was affecting her lungs and has been blamed for the sepsis she suffered.

The chilling details of the autopsy find emerged as authorities said they were probing all possibilities including that of a satanic ritual.

“What they did to her was very aggressive.” 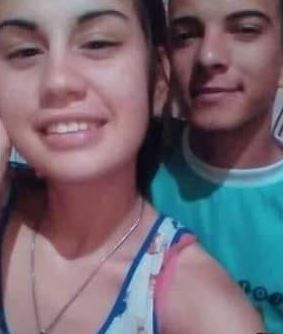 The girls mum and step-dad have been arrestedCredit: Facebook

Prosecutor Cristian Arana confirmed: “One of the needles was in contact with the little girl’s lung and heart, in the middle of her chest and the other in her thymus between her sternum and lungs.

“This one was the older of the two and caused her a generalised infection, lung inflammation and inflammation to her kidneys which led to her suffering cardiac arrest.”

Speaking after the suspects’ arrest, he added: “We don’t want to say where they’re being kept because people in Quitilipi are outraged and we want to safeguard their integrity.”

A source close to the investigation told local media: “The investigation is ongoing but the authorities are working on the theory that the little girl’s death could be related to some sort of ritual.”

She lived with her mum and stepdad in a rundown house on the site of a lumber sawmill.

The workers there have already been questioned as part of the ongoing criminal probe.

The unnamed couple being held over the death have been made official suspects in a murder investigation.

Mr Arana said: “We are very focused on this investigation and don’t rule out any theory. We hope to have more information shortly.”

The little girl’s mum, said to be four months pregnant with a new child, made a request through a defence lawyer to be placed under house arrest after being beaten on remand in prison.

Parents ‘forced to sexually abuse daughter, 4, with object’ before girl was ‘killed by Satan-obsessed neighbors’