Hordes of happy Sun readers cast off their masks, hugged pals and reached for a pint as the first blue skies marked an end to the Covid winter. 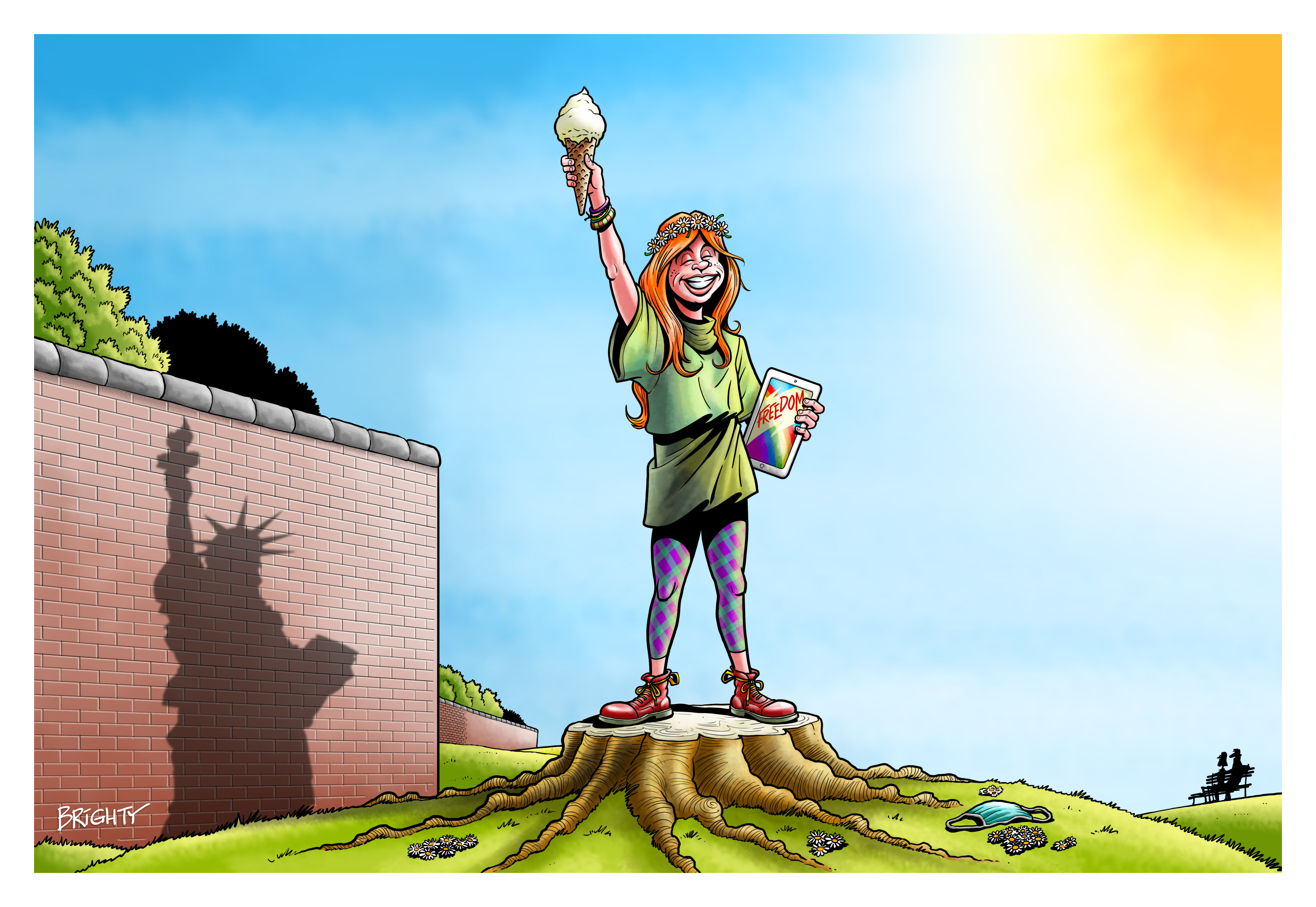 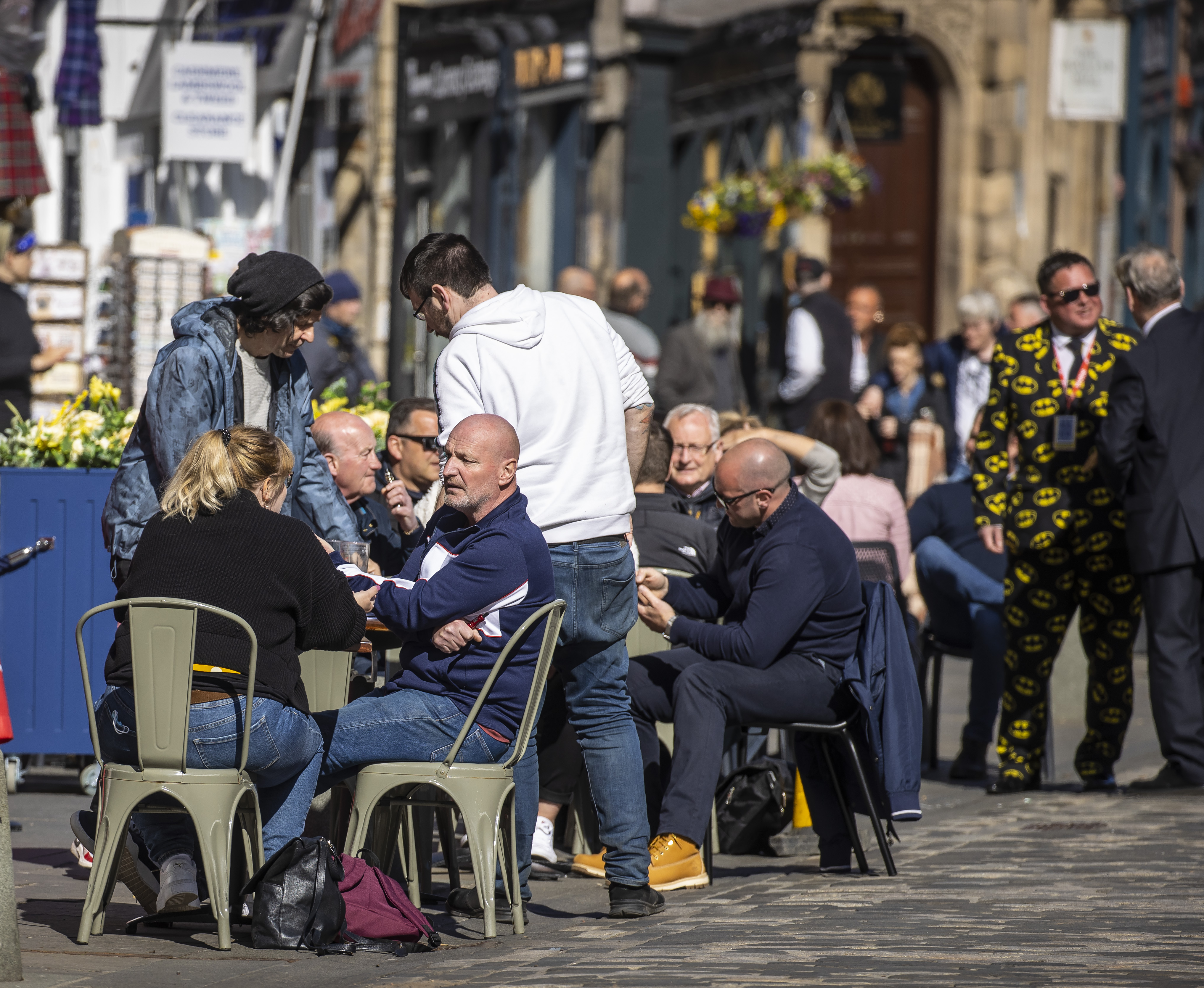 Towns and cities came alive as shoppers and strollers thronged pavements and parksCredit: The Sun

Towns and cities came alive as shoppers and strollers thronged pavements and parks.

And we ain’t going back into lockdown whatever the gloomsters say.

Yet if Sage scientists have their way, we will remain gagged and distanced for the forseeable.

On June 14, Boris Johnson will sift through their “can’t be too careful” arguments for prolonging lockdown by a few more weeks . . . or months.

But it’s too late. We’ve had enough. The dam has burst. It’s over.

Around 25million have been double jabbed and 15million more have had one dose, soon to be two.

The NHS is coping brilliantly, as it has throughout the entire pandemic. Infection rates are way below their peak and deaths near zero

Boffins say: “Ah, but we jumped the gun last autumn when infections soared just as we thought the worst was over, and look what happened then.”

But there is absolutely no comparison with the situation today.

Last September, the prospect of a miracle vaccine was unimaginable for at least two or three years. It simply was not part of the debate.

Today, the NHS is jabbing nearly a million a day.

Anyone who wants it can have one.

Tellingly, most now in hospital with the Indian variant declined this opportunity.

Britain cannot be held to ransom by refuseniks. 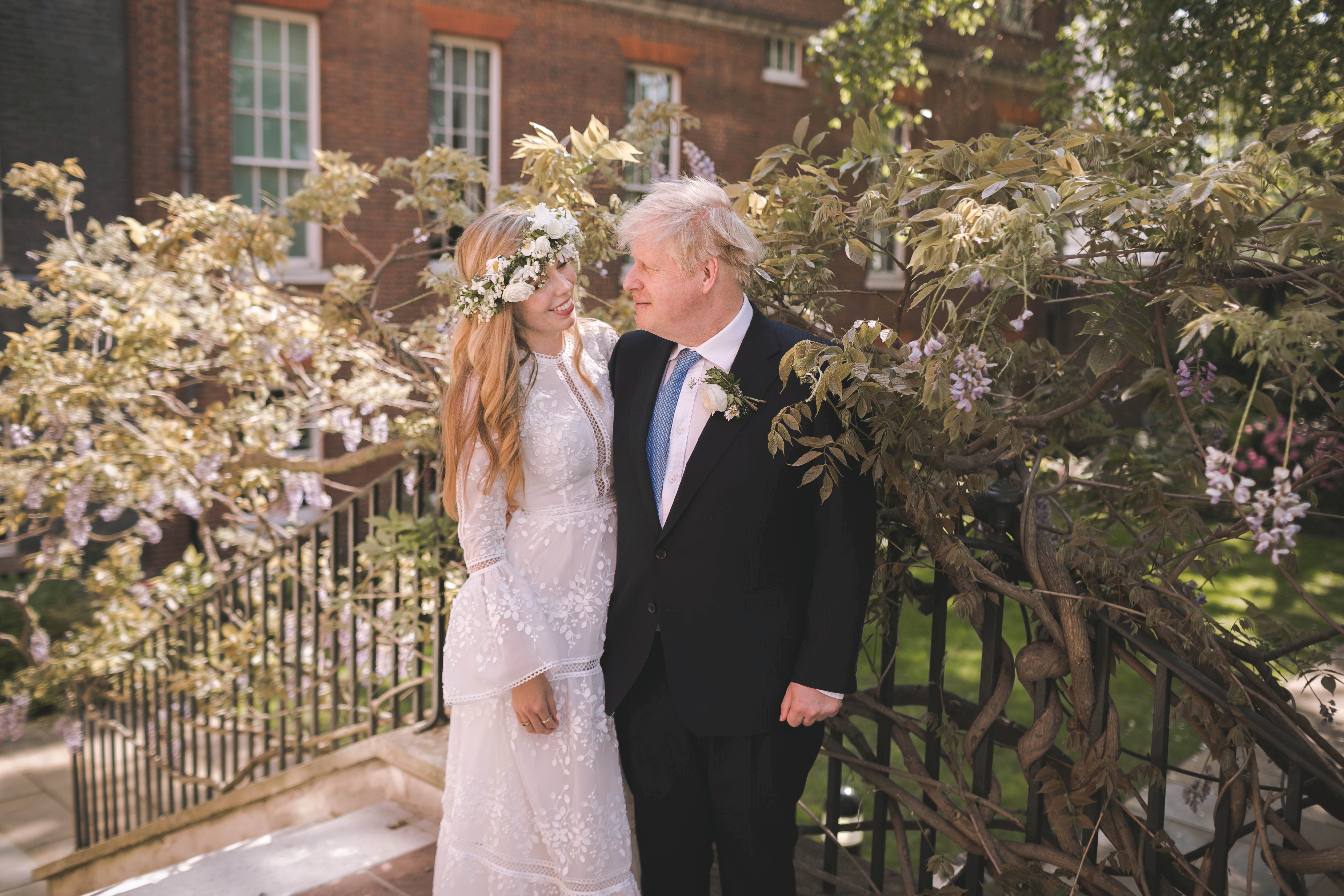 Adrian Richmond, a bystander at Boris’s wedding to Carrie Symonds, told The Sun on Sunday: ‘I wish Boris the best of luck’Credit: Reuters

Lockdown must not continue indefinitely for fear of possible Covid mutations — already running into the hundreds.

In fact, the UK death rate right now is down a fifth on the five-year average.

We are probably safer from the Grim Reaper today than for a very long time.

The hideous wider cost of this pandemic is fast emerging from the lockdown fog.

Millions of frantic patients are joining a five-year queue for life-or-death care for non-Covid conditions such as cancer, heart and kidney disease, Parkinson’s and Alzheimer’s.

The toll on mental health for all ages — especially children — is incalculable.

Not to mention the price school pupils will pay for the rest of their lives in lost education and career chances. 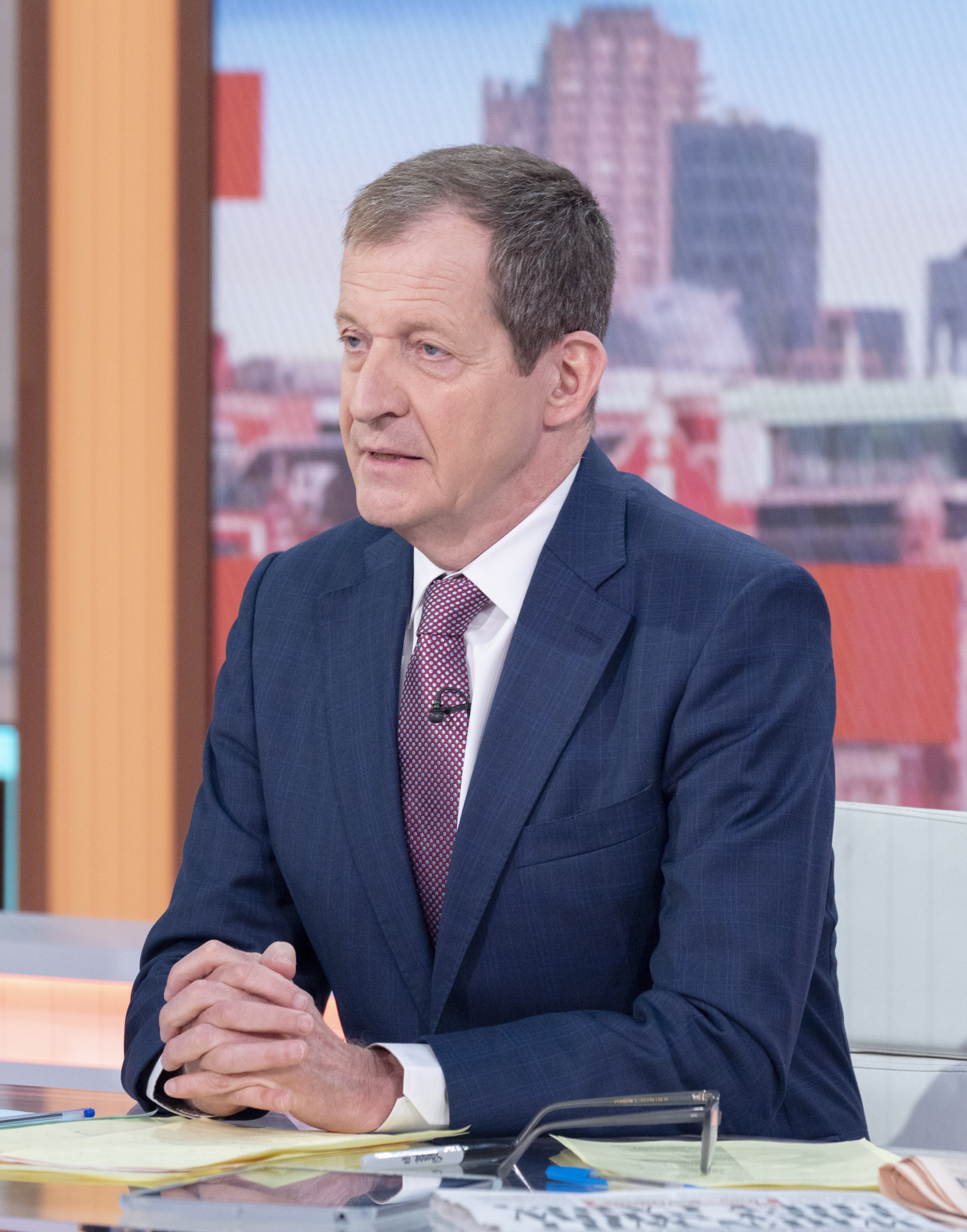 Alastair Campbell said: ‘There are going to be long-term consequences on mental health, the students who couldn’t study, the children who couldn’t go to school’Credit: Rex

These slow-burning casualties are inextricably linked with prospects for the UK economy, raring to go after 18 months in mothballs.

Britain needs this recovery to get going as fast as possible — if only to fund the sacred NHS.

Together, these stark facts expose the loony left chant about “lives, not money” as ideological hypocrisy.

There isn’t a choice between the two.

America has set the pace for Freedom Day, opening up domestic and overseas air travel for anyone with two jabs, abandoning social distancing and throwing away their masks.

The European Union, desperate for tourist cash, is inching its way towards open doors.

Despite Dominic Cummings’ chaotic scattergun assault on the government he co-ran for 18 months, the public is right behind Boris Johnson.

He has a giant poll lead over Labour leader Sir Keir Starmer and overwhelming support for his handling of Covid.

Adrian Richmond, a bystander at Boris’s wedding to Carrie Symonds, told The Sun on Sunday: “I wish Boris the best of luck. He’s doing a terrific job in the circumstances.”

Adrian, 52, a Big Issue seller, is unlikely to be a natural Tory. 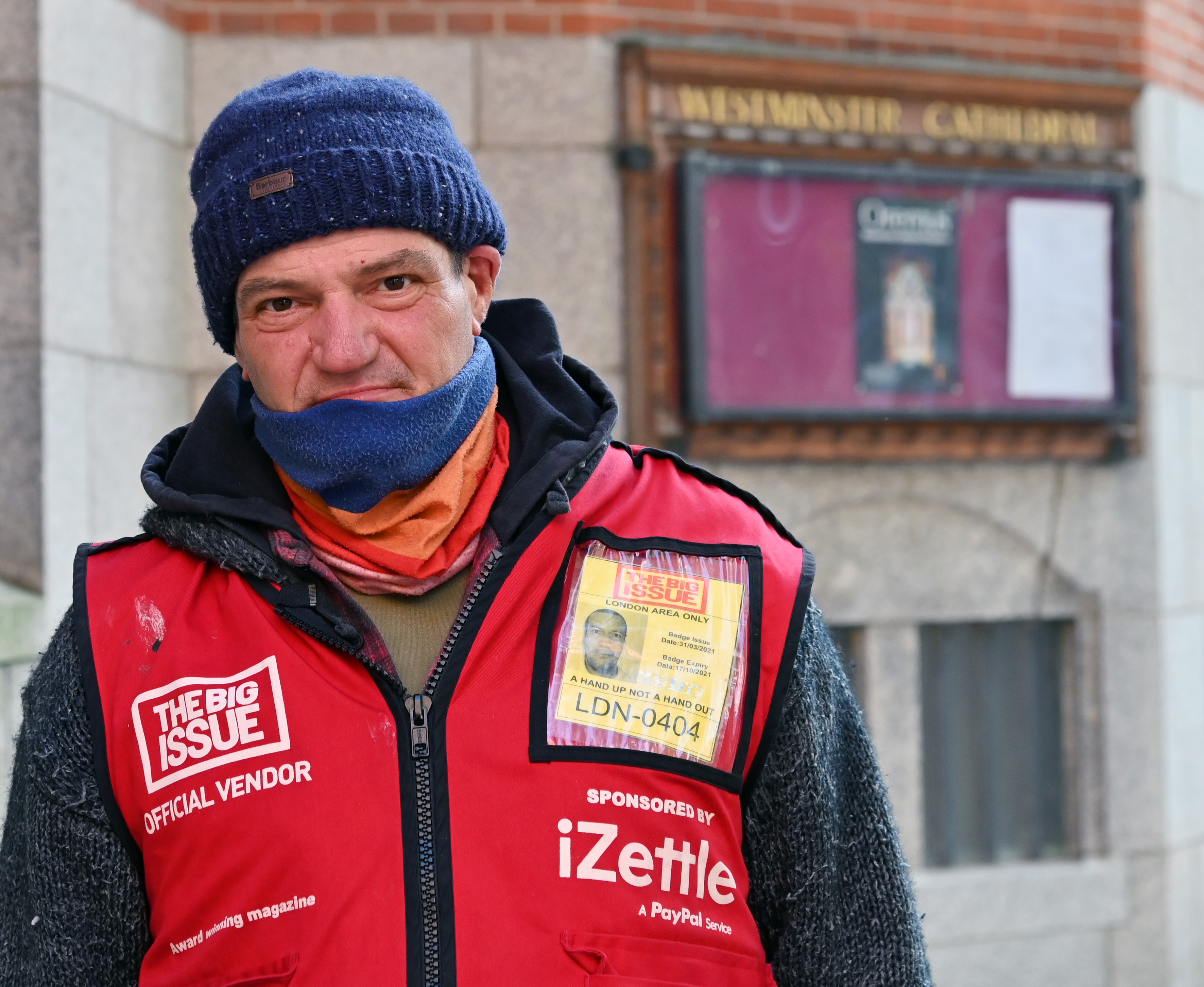 But he summed up the fund of public trust Boris has established in voters’ eyes.

“We are from different worlds but I feel he is on our side,” he said.

I think we can safely bet Boris will repay the compliment on June 21 — and trust the British people.

Why did scientists take so long to accept that Covid may have escaped from the Wuhan virus lab?