FRANCIS NGANNOU is the new UFC heavyweight champion of the world following a stunning knockout of Stipe Miocic.

The Cameroonian-born Frenchman rematched Miocic in the main event of UFC 260 in Las Vegas early hours of the morning.

Ngannou was dominated by the part-time fire-fighter in their first meeting three years ago at UFC 220.

But the devastating power puncher exacted his revenge with a brutal – second-round KO of the pride of Cleveland.

Unlike their first meeting in Boston, Ngannou adopted a patient and methodical approach.

The Batie Bruiser landed a big right hand early in the first but opted against bum-rushing the champion.

That prompted fan favourite Miocic to shoot for a takedown, which was expertly stuffed. 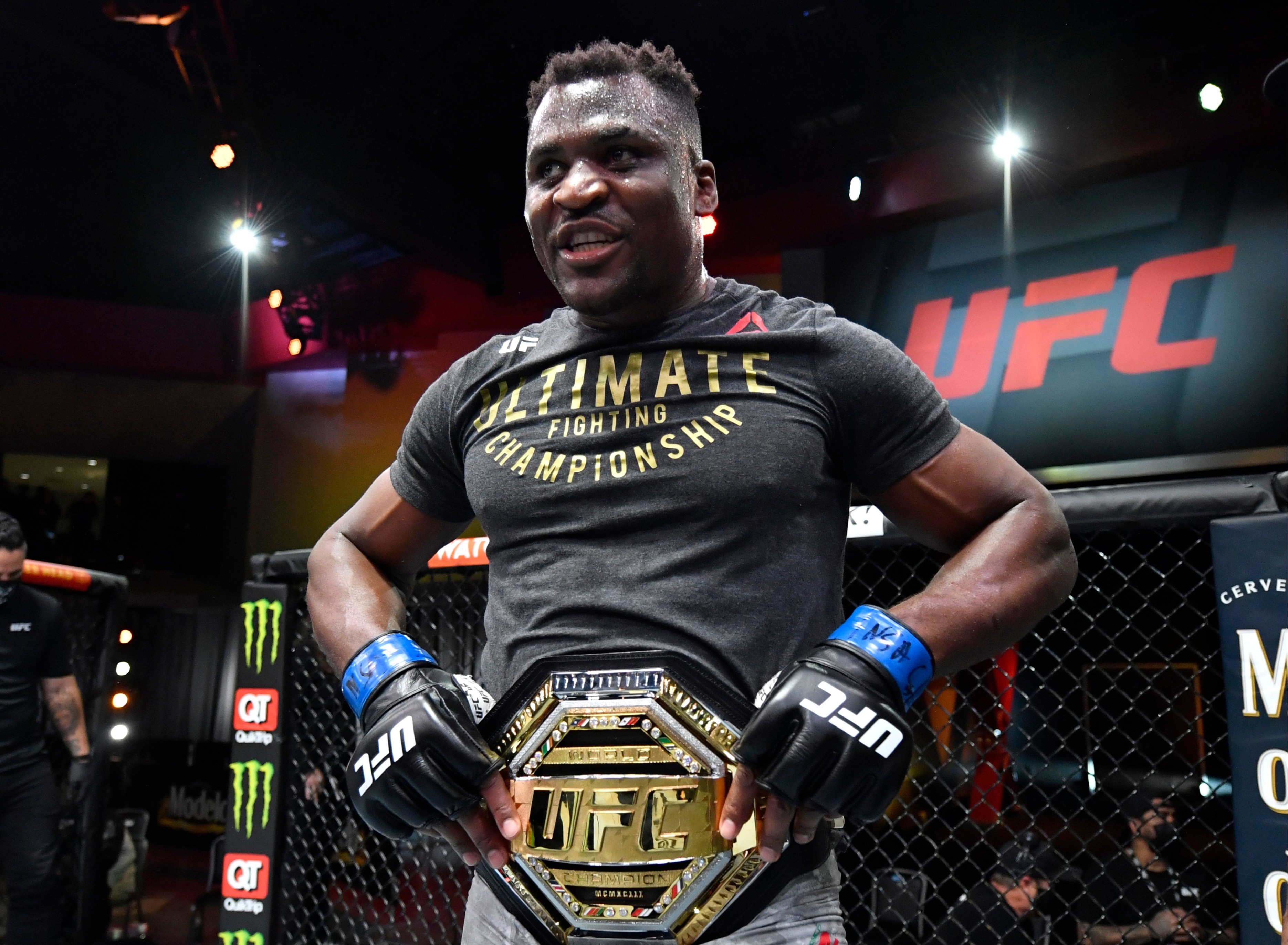 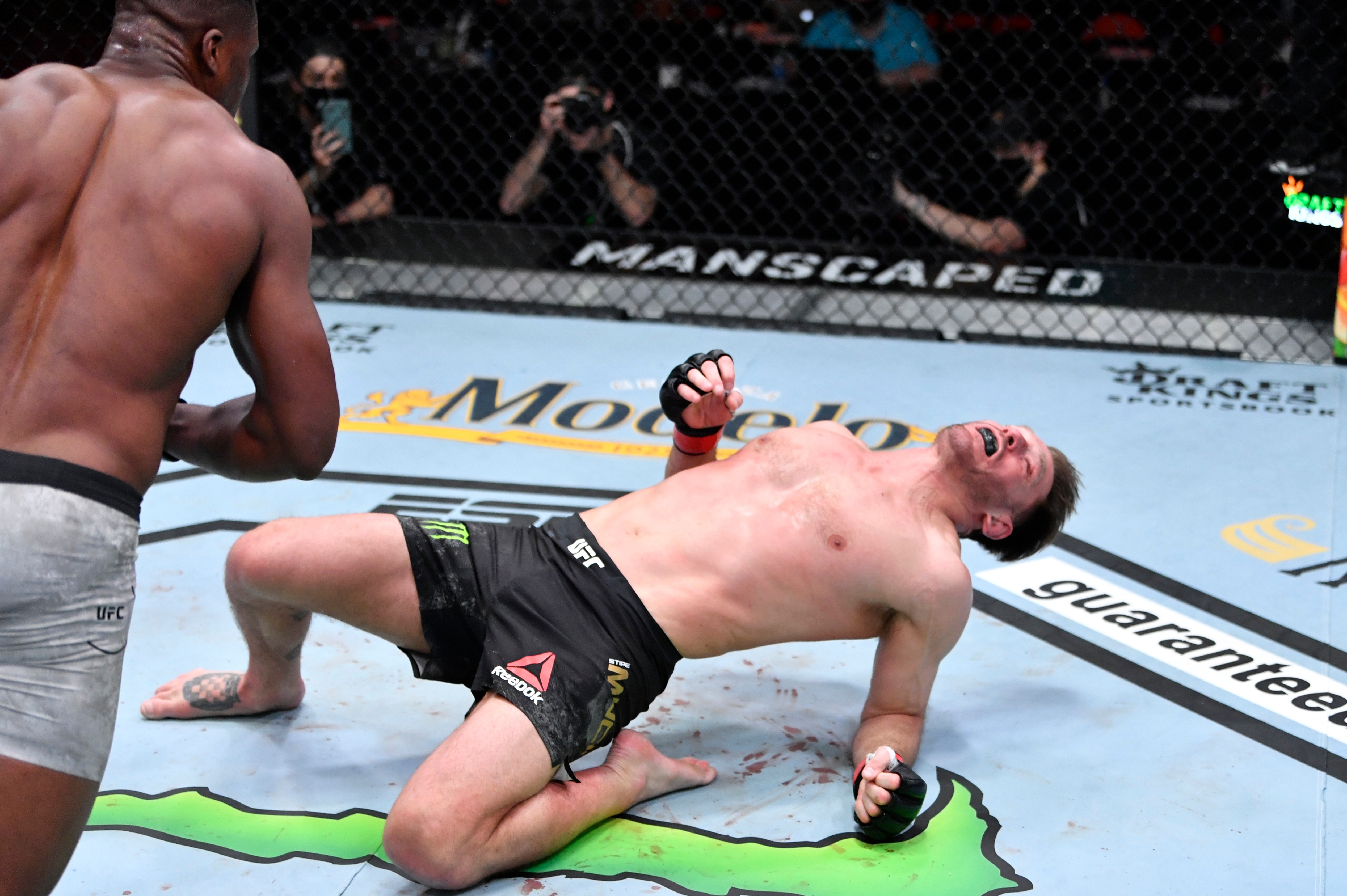 Francis Ngannou looks to close the show against the fallen Stipe MiocicCredit: Getty

Ngannou then reversed position and began unloading bombs on the champ, who somehow managed to survive the brutal onslaught to make it to the second.

Ngannou came out more aggressive in the second but was promptly told to be patient by his corner.

The Predator heeded their advice and moments later dropped the attack-shy Miocic with a big jab.

Miocic survived the ensuing barrage and landed a big right hand of his own.

The champ sense blood but ended up walking into a beautiful counter left hand that floored him. 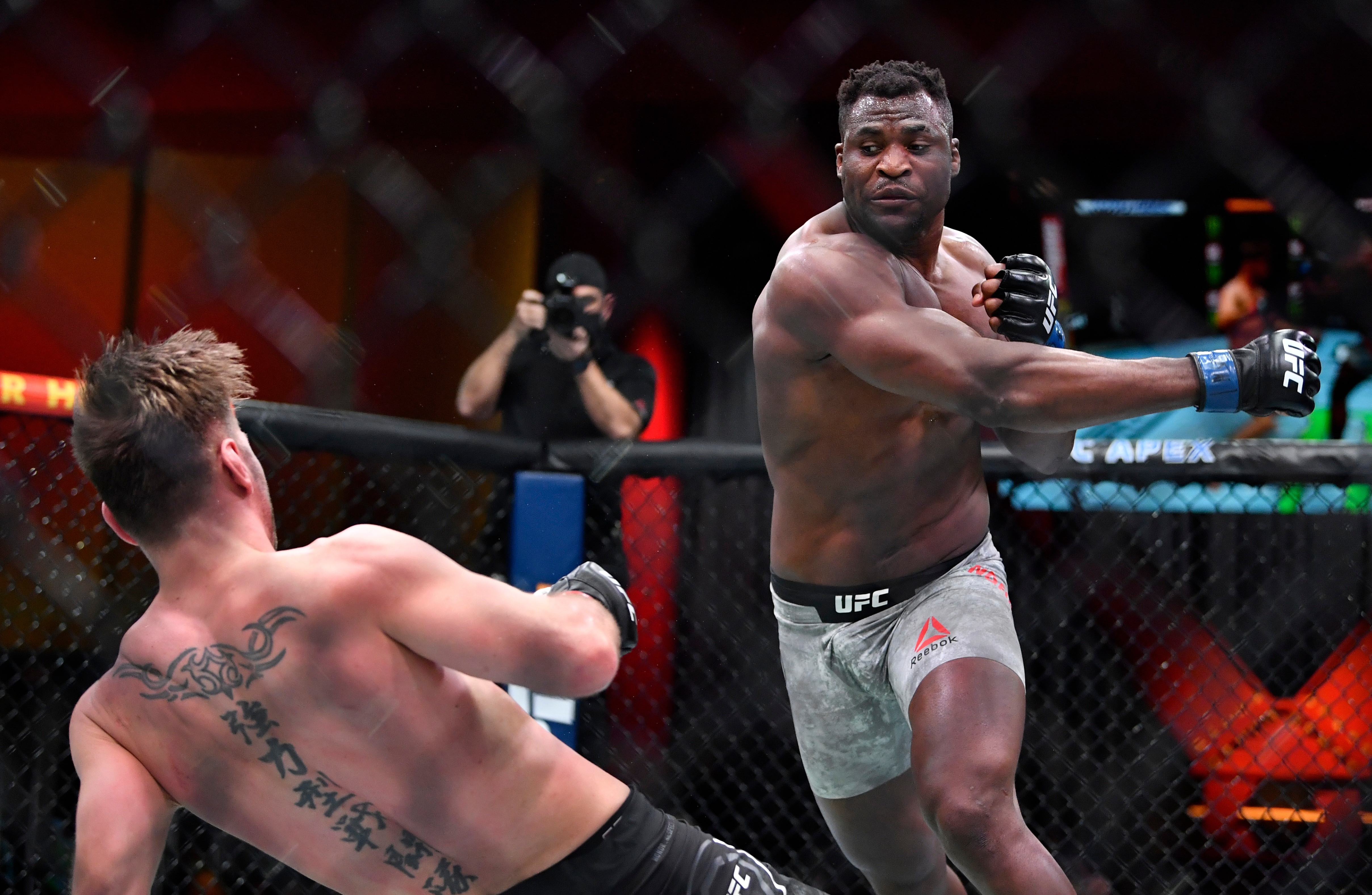 Francis Ngannou looks down on the fallen Stipe MiocicCredit: Getty 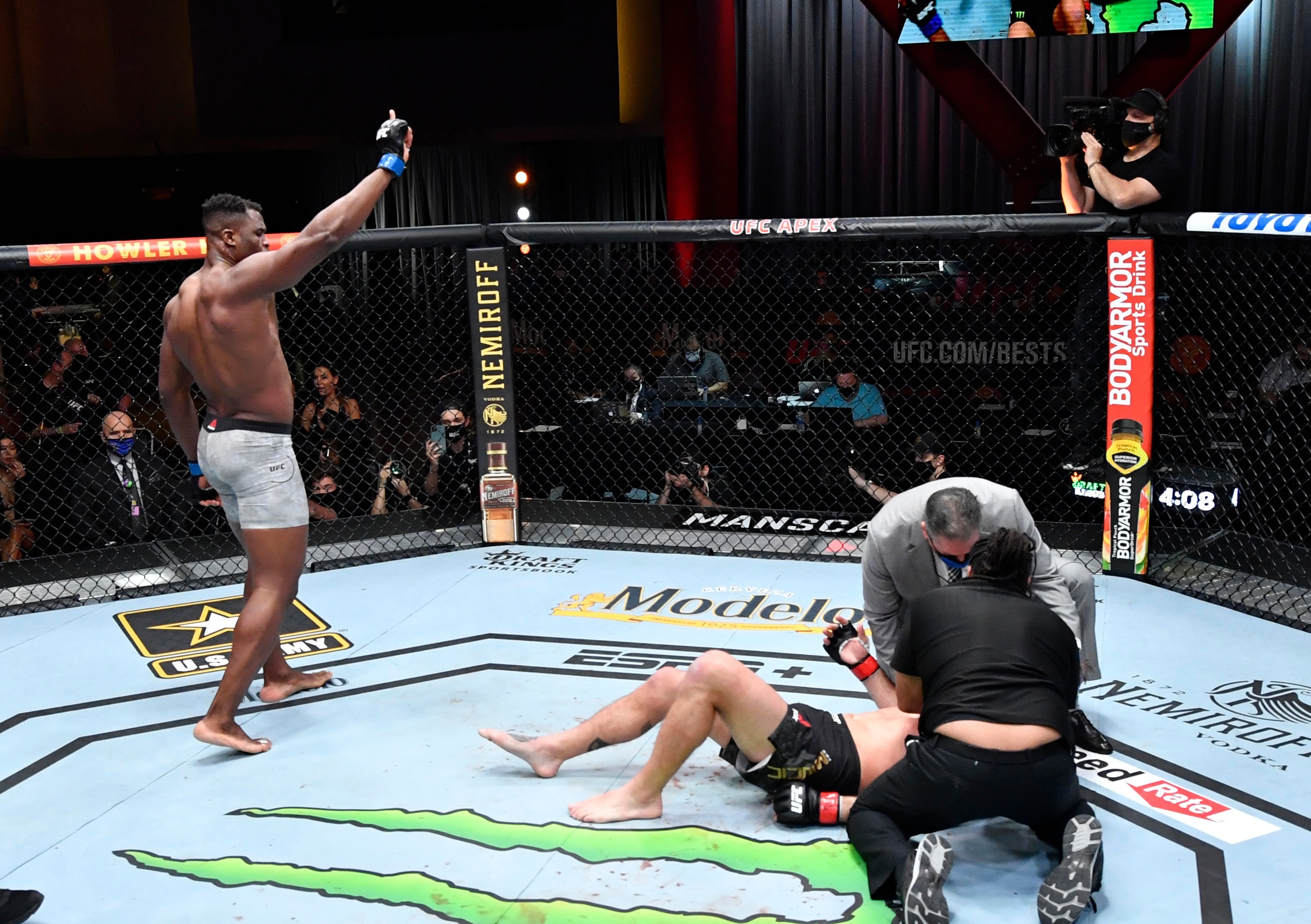 An elated Francis Ngannou celebrates as Stipe Miocic is tended to by the referee and the doctorCredit: Getty

And seconds later, the reign of the greatest heavyweight in UFC history came to an end with an academic ground strike.

And the win capped off a fairytale story for the soft-spoken power puncher, who was homeless on the streets of Paris just a few years ago.

Moments after his career-defining victory, Ngannou was the subject of a call out from former light-heavyweight king Jon Jones – who is gearing up for his long-awaited move up to heavyweight.

Jones, however, then issued another financial demand to the UFC brass.

He added: “Show me the money.”