FOOTBALL dressing rooms have always been known for their pranks.

Although initiation ceremonies and training ground gags have got a lot tamer than they were in the past, it’s still a huge part of the culture in this country.

Chelsea star Mason Mount went viral for a video of himself waking up terrified West Ham ace Declan Rice while on holiday together.

Paul Gascoigne and Wimbledon’s Crazy Gang have a long list of memorable pranks from their heyday.

Former England captain Rio Ferdinand even had an ill-advised practical joke show – Rio’s World Cup Wind-Ups – that caught out a number of England stars in the build-up to the 2006 World Cup.

But sometimes the gags can go a bit too far, with clubs handing out big fines, and even sacking players when things turn sour… 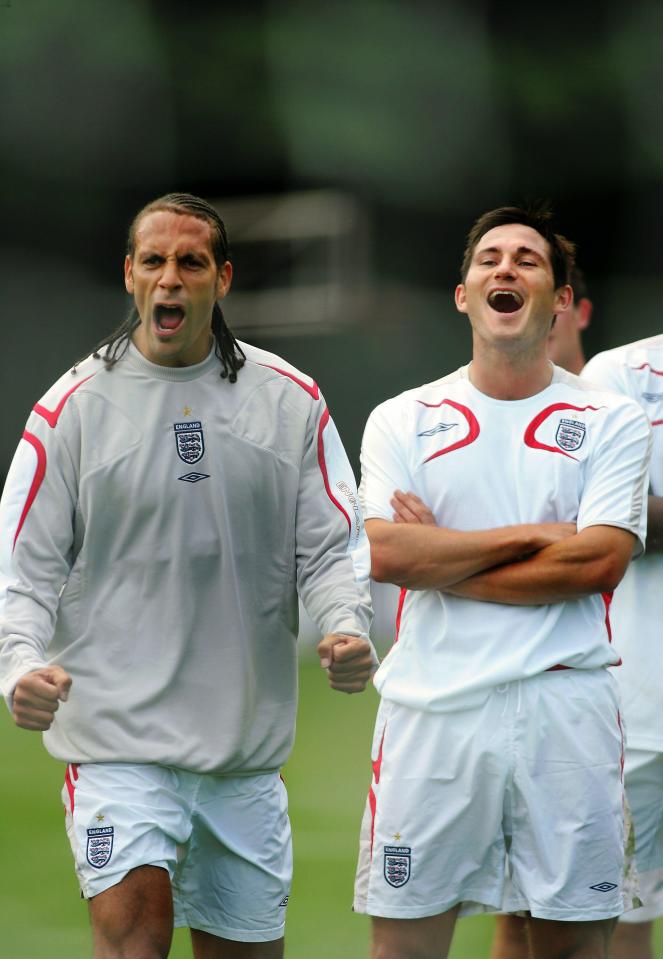 Back in 2008, Manchester United legend Gary Neville was having a pool fitted in his back garden.

Problem was, he picked a pair of Liverpool-mad builders to do it.

Brian and Gary Greer did the work – but left a Liverpool ‘time capsule’ under the foundations of the pool, which included a scarf, programme and other Liverpool-themed goodies.

The brothers said: “When his house is dug up in the future, archaeologists will see what a passion he had for the Red men.” 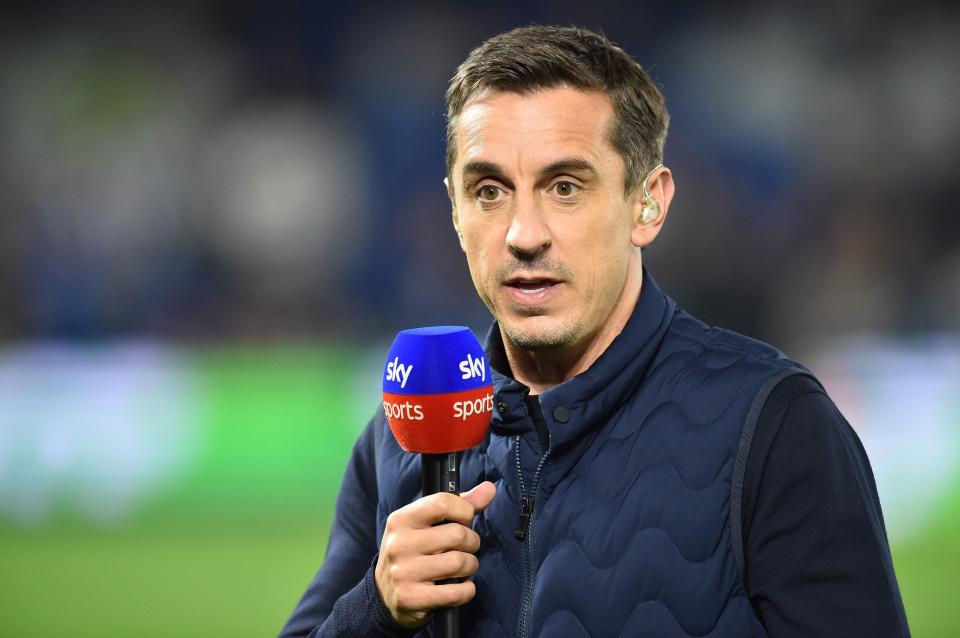 We have to admit, some of these were pretty good.

The short-lived show, which was released shortly before the 2006 World Cup, saw top England players made fools of by Rio Ferdinand’s hidden cameras.

David Beckham being sent round the houses while on his way to a meeting and Peter Crouch being duped by a dodgy Indian property firm were personal favourites.

The maverick Italian was “bored” at training one day – so decided he’d throw darts at youth team players.

Nobody was hurt, and the club merely regarded it as an ill-advised prank but City team-mates certainly got their revenge… 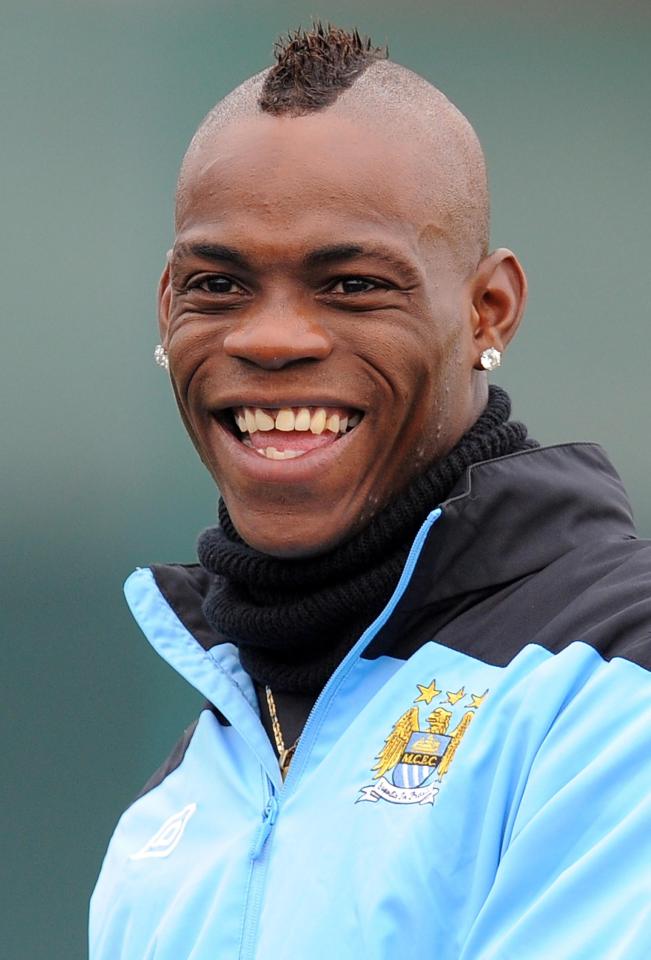 His team-mates filled his car with kippers knowing the hot sun would do the rest.

Problem was, Balotelli was going on holiday for two weeks and didn’t realise his car was filled with rotten fish and infested with flies until he returned. 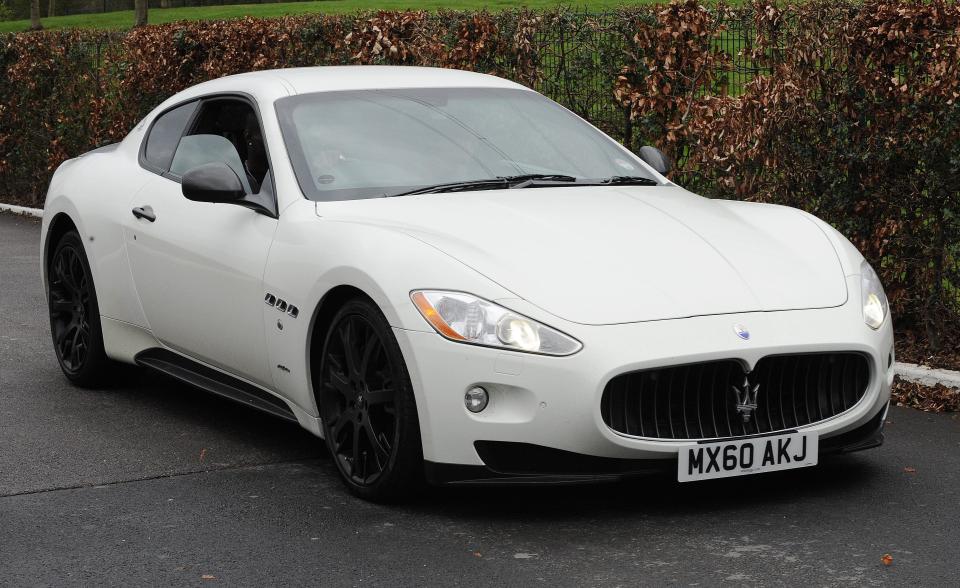 You could write an article on Gazza’s best pranks – in fact we did.

One of the England legend’s best moments came after moving to Lazio.

Gazza had been assigned a bodyguard at a plush hotel. When the minder was out of sight, the midfielder opened the windows, left his shoes on the windowsill and hid in a nearby wardrobe.

The bodyguard came into the room and was convinced the new signing had jumped to his death, only for Gazza to burst out of the wardrobe in hysterics. 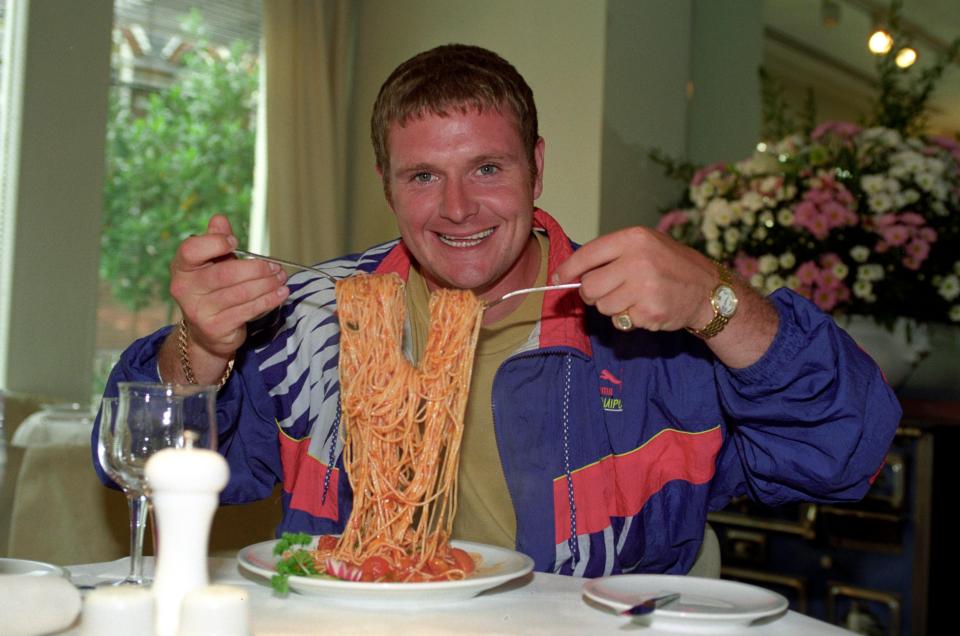 Stoke get it right…

Michael Owen was coming to the end of his illustrious career at Stoke City in 2013.

And his Potters team-mates decided to give him a fitting send off.

The pelted his Mercedes C63 with eggs and flour, absolutely ruining the bodywork. 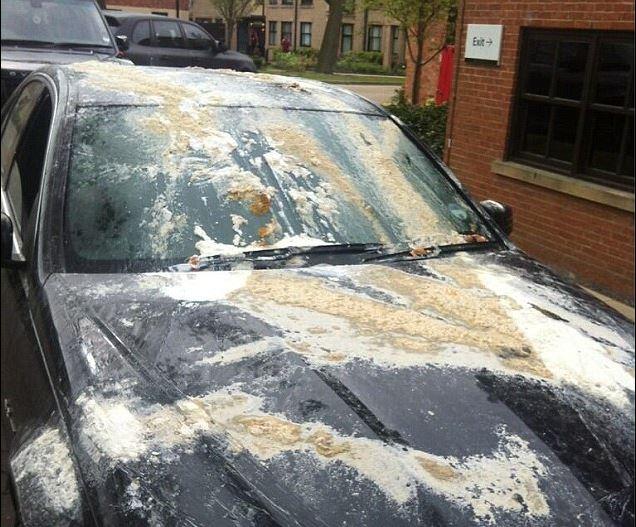 But as the pranks escalated, Stoke players found themselves in deep trouble.

In the same week as the Owen gag, the players thought leaving a severed pig’s head in the locker of Kenwyne Jones would be a laugh.

Jones is a strict Muslim and found the prank far from funny – in fact, he responded by throwing a brick through the windscreen of Glenn Whelan’s car.

The Potters launched a formal investigation and a number of players were fined. 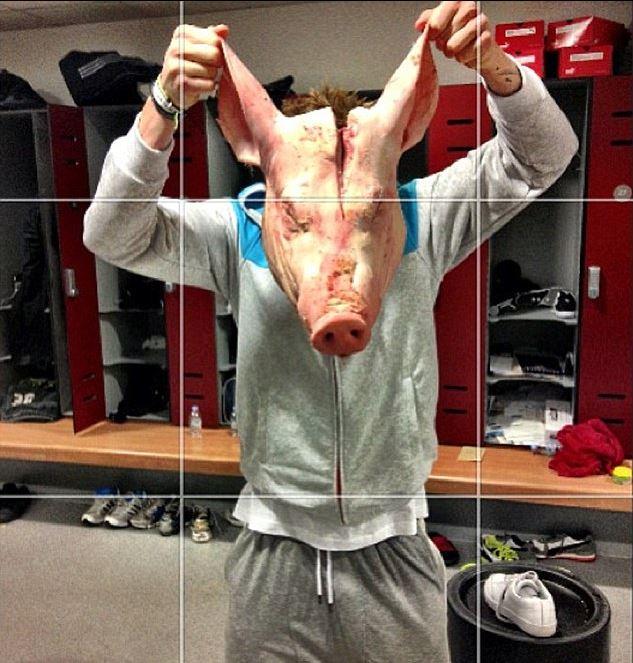 We’re not quite sure what Ashley Cole was thinking.

The brilliant left-back decided to bring in an air rifle to the Chelsea training ground and ended up shooting a work intern in the stomach.

Cole claimed he didn’t realise the gun was loaded and later had to offer a formal apology to Cowan. 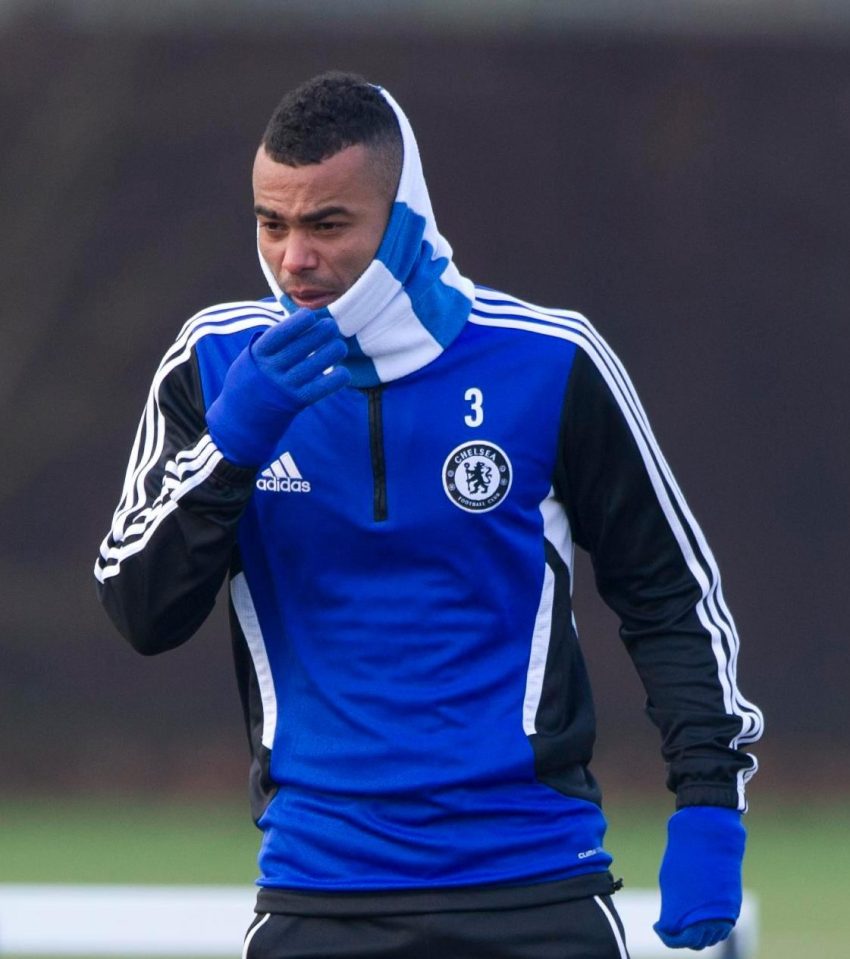 Again, for some unknown reason, Mellis, along with team-mate Billy Clifford, thought that bringing a smoke grenade into training would be a good idea.

The facility had to be evacuated and the fire brigade was called.

Mellis was sacked by the Blues. 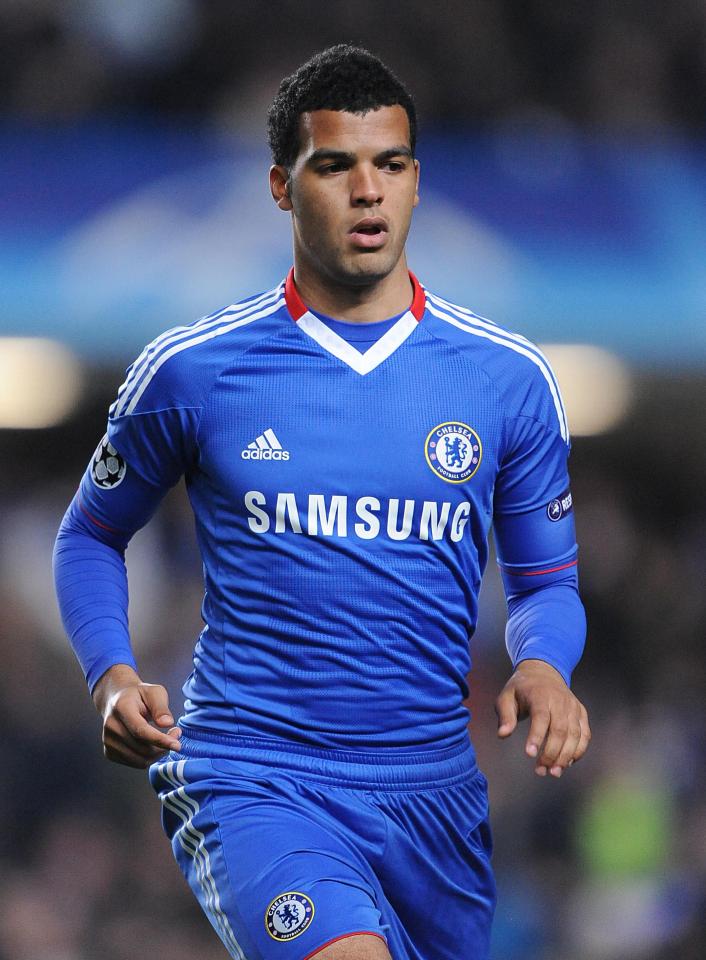 PA:Empics Sport Chelsea sacked Jacob Mellis after he let off a smoke grenade at training[/caption]

Known for their physical play on the pitch and their riotous antics of the pitch, Wimbledon’s ‘Crazy Gang’ of the late 1980s and early 90s have gone down in football folklore.

Vinnie Jones, Dennis Wise, John Fashanu et al made it horrible for opponents on the pitch – and sometimes even for their own team-mates.

One time they even managed to get manager Dave Bassett, taking the entire contents of his office and setting it up exactly the same in a corridor. 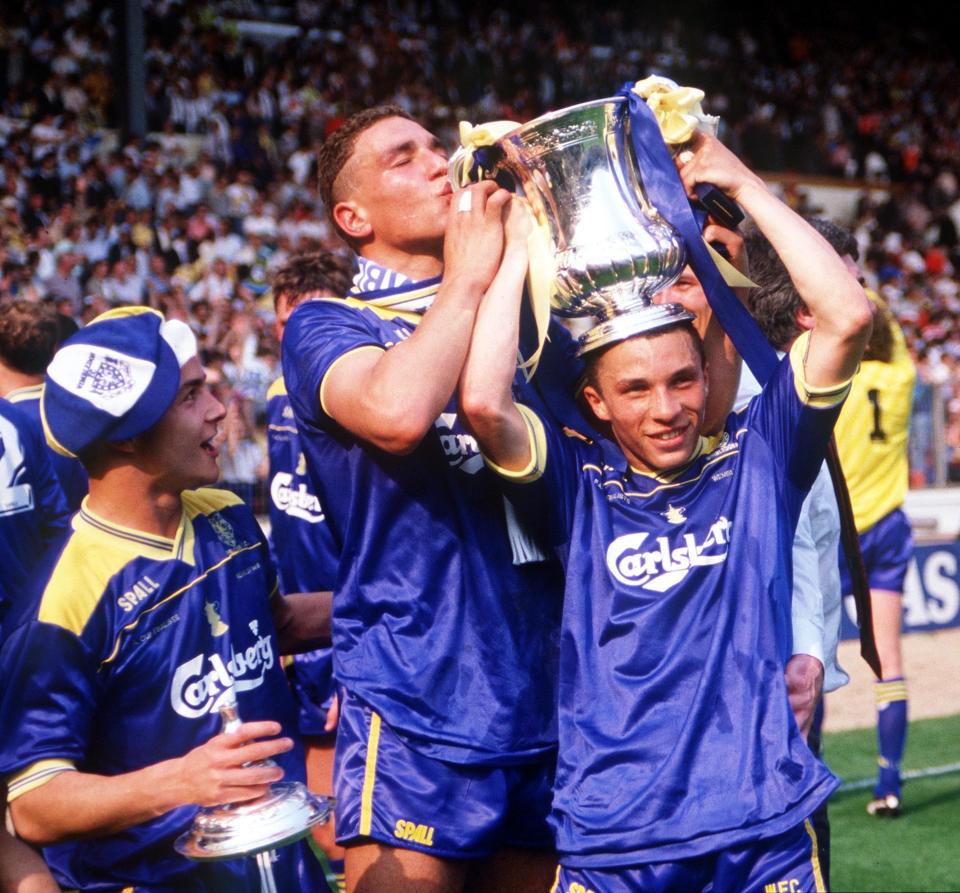 Scaring people is always the best kind of prank and Kyle Walker did it best when he was at Spurs.

On Halloween a couple of years ago, Spurs players were duped into giving mock interviews before being left alone in the interview room.

A hidden Walker then creeps out of the shadows in a mask to scare his team-mates out of their shoes.

A classic prank is the stupid phone call.

Somehow, web designer James Smith managed to get put through to then-Chelsea manager Jose Mourinho’s room while he was staying at the plush Forest Pines Hotel in Lincolnshire.

Smith rebuked Mourinho on how ‘noisy’ his players were being – prompting an apology from the Special One – before Smith and his mates are heard chanting “We pranked Mourinho!” down the end of the phone.

Crystal Palace winger Jason Puncheon had got off a flight and fancied a shower, getting his wash bag from the kit man.

What he didn’t know was that his bottle of shampoo had been tampered with.

A rogue white liquid was used, but no one knows what it was… 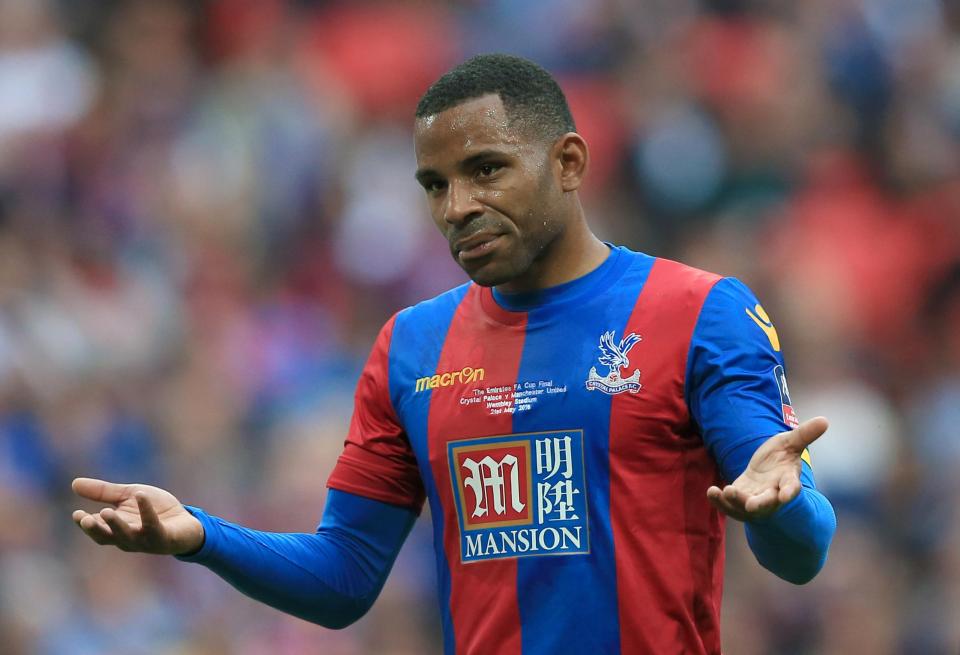 PA:Empics Sport Jason Puncheon had his shampoo replaced with a suspicious white liquid[/caption]

During his short stint at Blackburn Rovers, Savage was sent off by former referee Graham Poll.

So the floppy-haired midfielder got his own back by leaving a gift floating in Poll’s dressing room toilet. 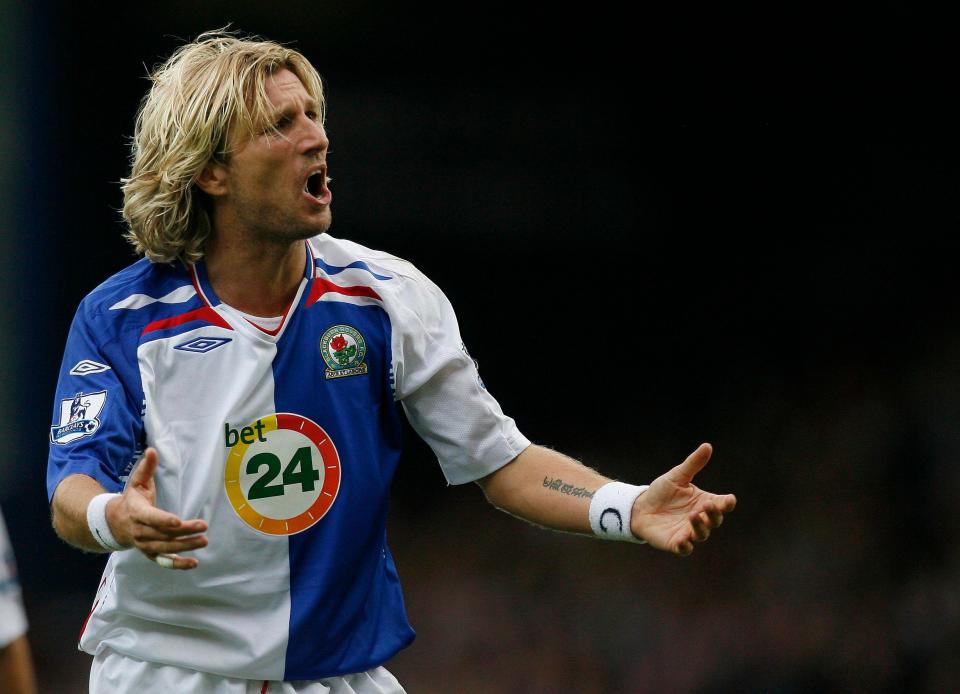 Make a note of Mo

This one must have taken a while.

Celtic team-mates bought 150 packets of post-it notes and meticulously covered every inch of Bangura’s ride in the little yellow sheets. 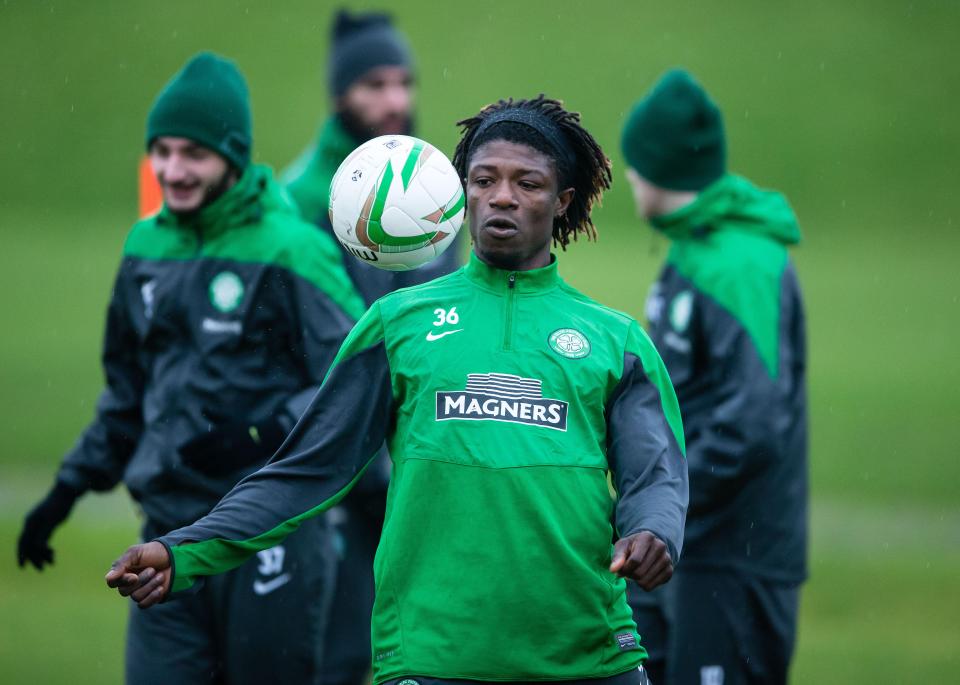 This one was very simple, but very effective.

Gary Cahill might be a 6ft 4in hardman centre-back, but he was made to look like a scared kid by his then Chelsea team-mate John Terry.

The simple ruse saw Terry set up his phone and hide down a corridor.

As Cahill approaches, JT jumps out on his pal, scaring the life out of him.

A brave prank by Nicky Butt saw the Manchester United midfielder sneak up on the giant Peter Schmeichel while he was in the shower.

Butt had a kettle of hot water in his hand and was planning to throw it over Schmeichel’s naked bum.

Problem for Butt was the Great Dane heard him coming and turned just as he threw it – the water landing straight on Schmeichel’s prized asset.

Jaap Stam said in his book: “Nicky had to run for his life”. 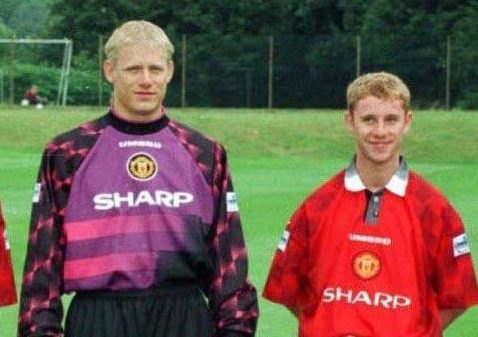 PA:Press Association Nicky Butt had to ‘run for his life’ after scalding Peter Schmeichel’s crown jewels[/caption]

Having just joined Barnsley, John Beresford was told a team reception would be fancy dress.

The defender turned up in a clown suit not knowing it was actually black tie, with guests including the Mayor of Barnsley.

Stunning, rural home in Sweden is top of the class | Interiors