Food myths busted: dairy, salt and steak may be good for you after all | Food

Over the past 70 years the public health establishment in Anglophone countries has issued a number of diet rules, their common thread being that the natural ingredients populations all around the world have eaten for millennia – meat, dairy, eggs and more – and certain components of these foods, notably saturated fat, are dangerous for human health.

The consequences of these diet ordinances are all around us: 60% of Britons are now overweight or obese, and the country’s metabolic health has never been worse.

Government-led lack of trust in the healthfulness of whole foods in their natural forms encouraged us to buy foods that have been physically and chemically modified, such as salt-reduced cheese and skimmed milk, supposedly to make them healthier for us.

No wonder that more than 50% of the food we eat in the UK is now ultra-processed.

The grave effects of this relatively recent departure from time-honoured eating habits comes as no surprise to those of us who never swallowed government “healthy eating” advice in the first place, largely on evolutionary grounds.

Is mother nature a psychopath? Why would she design foods to shorten the lifespan of the human race?

And time is vindicating. This bankrupt postwar nutrition paradigm is being knocked for six, time and again, by up-to-date, high quality research evidence that reasserts how healthy traditional ingredients and eating habits are.

The NHS Eatwell Guide, fondly known to its critics as the Eat badly guide, still tells us to choose lower-fat products, such as 1% fat milk, reduced-fat cheese, or low-fat yoghurt. This is based on the inadequately evidenced postwar belief that saturated fat is bad for your heart.

How embarrassing, then, for government dietetic gurus, that a major study of 4,150 Swedes, followed over 16 years, has last week reported that a diet rich in dairy fat may lower, not raise your risk of cardiovascular disease.

This Swedish study echoes the findings of a 2018 meta-analysis of 29 previous studies, which also found that consumption of dairy products protects against heart disease and stroke.

A body of research also suggests that consumption of dairy fat is protective against type 2 diabetes.

A slogan invented to shift more fruit and veg, but not one to live your life by

This catchy slogan, now a central plank of government eating advice, came out of a 1991 meeting of fruit and veg companies in California.

Five a day logos now appear on many ultra-processed foods, from baked beans to ready meals, imbuing them with a questionable aura of health.

But other than as a marketing tool, any justification for this slogan is thin.

A major study in 2010 involving 500,000 people across 23 European locations for eight years could not establish a clear association, let alone causation, for this recommendation.

While fruit and vegetables do bring valuable micronutrients to the table, overall they compare poorly in nutrient-density terms with foods such as dairy, meat, fish and eggs.

Very few people in the UK manage to meet the five a day target, and those who do generally attain it by eating more fruit than vegetables.

Fruit contains lots of sugar. A small banana has the equivalent of 5.7 teaspoons of sugar, whereas an egg contains none.

Has the five a day mantra persuaded us to eat more healthy greens? Two of the most fashionable vegetables at the moment are sweet potatoes and squash, both of which are as sugary as sweet fruit.

Perhaps we should face the possibility that the five a day dogma has actually prompted us to eat more sugar. 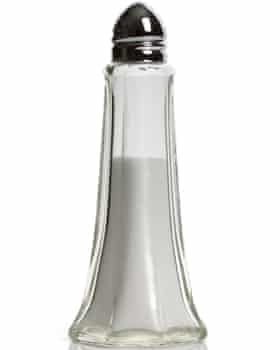 We are told to minimise our salt (sodium) intake, even to the extent of not salting water to boil pasta.

However, research published recently concludes that the extremely low levels of sodium intake currently advised are associated with increased heart disease risk, whereas moderate amounts are ideal for most people.

The researchers say that most countries in the world, apart from China and a few others, already have average sodium intakes within the lowest risk range. “There is little evidence that lowering sodium [below this average level] will reduce cardiovascular events or death” it finds.

Ditch processed products such as hotdogs, but a steak won’t kill you

Although meat has been a central component of ancestral diets for millions of years, some nutrition authorities, often with close connections to animal rights activists or other forms of ideological vegetarianism, promote the view that it is an unhealthy food. 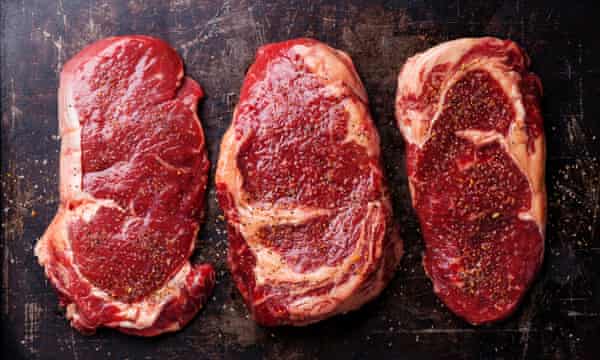 The health case against meat is predicated on cherry-picked evidence from low-quality, unreliable, observational studies that fail to draw a distinction between meat in its unprocessed form and multi-ingredient, chemically altered, ultra-processed meat products, such as hotdogs.

Association doesn’t mean causation. Confounding factors exist; someone who eats bacon butties daily might also be eating too much sugar, be consuming lots of additive-laden bread, be under stress, or smoke – the list goes on.

The International Agency for Research on Cancer’s 2015 claim that red meat is “probably carcinogenic” has never been substantiated.

In fact, a subsequent risk assessment concluded that this is not the case.

Epidemiological data has been unable to demonstrate a consistent causal link between red meat intake and disease.

“Base your meals around starchy carbohydrate foods” – another nugget of government “healthy eating” advice that is contradicted by robust science and well overdue for a rethink.

In February the Pure study, which followed 148,858 participants in 21 countries over nine years was published. It concluded that: “High intake of refined grains was associated with higher risk of mortality and major cardiovascular disease events.”

The researchers found that those who had the highest category of intake of refined grains (at least 350g a day) had a 27% higher risk of death and a 33% higher risk of serious cardiovascular events compared with those whose consumption was in the lowest category.

“Globally, lower consumption of refined grains should be considered,” it concluded. Yet our government stubbornly recommends the opposite. 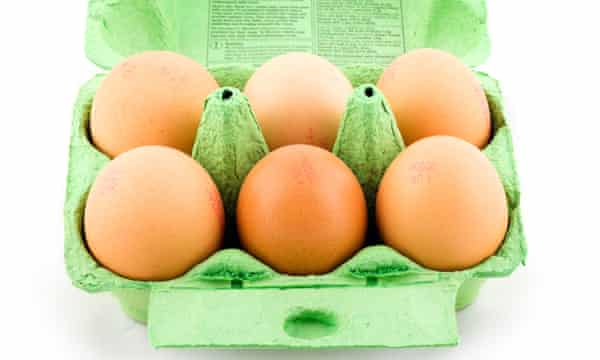 Eggs are one of the most nutrient-rich foods available. Photograph: Ian Dagnall/Alamy

Remember when public health advice was to eat no more than two eggs weekly? That pearl of wisdom was based on the mistaken idea that foods containing cholesterol are bad for you.

When it became clear that eating cholesterol had no effect on the cholesterol profile of your blood, government advice was belatedly changed. Now it tells us: “There is no recommended limit on how many eggs people should eat.” Unfortunately, decades of top-down public health misinformation is hard to shift.

Many people are still unsure whether eggs are healthy or not, despite the fact that eggs are one of the most nutrient-rich foods you can eat.