A FIRST edition copy of the US Constitution from 1787 is going up for auction and could fetch $20million.

The extremely rare edition of the “Bundle of Compromises” is being offered to the deepest pocketed bidder by Sotheby’s come mid-November. 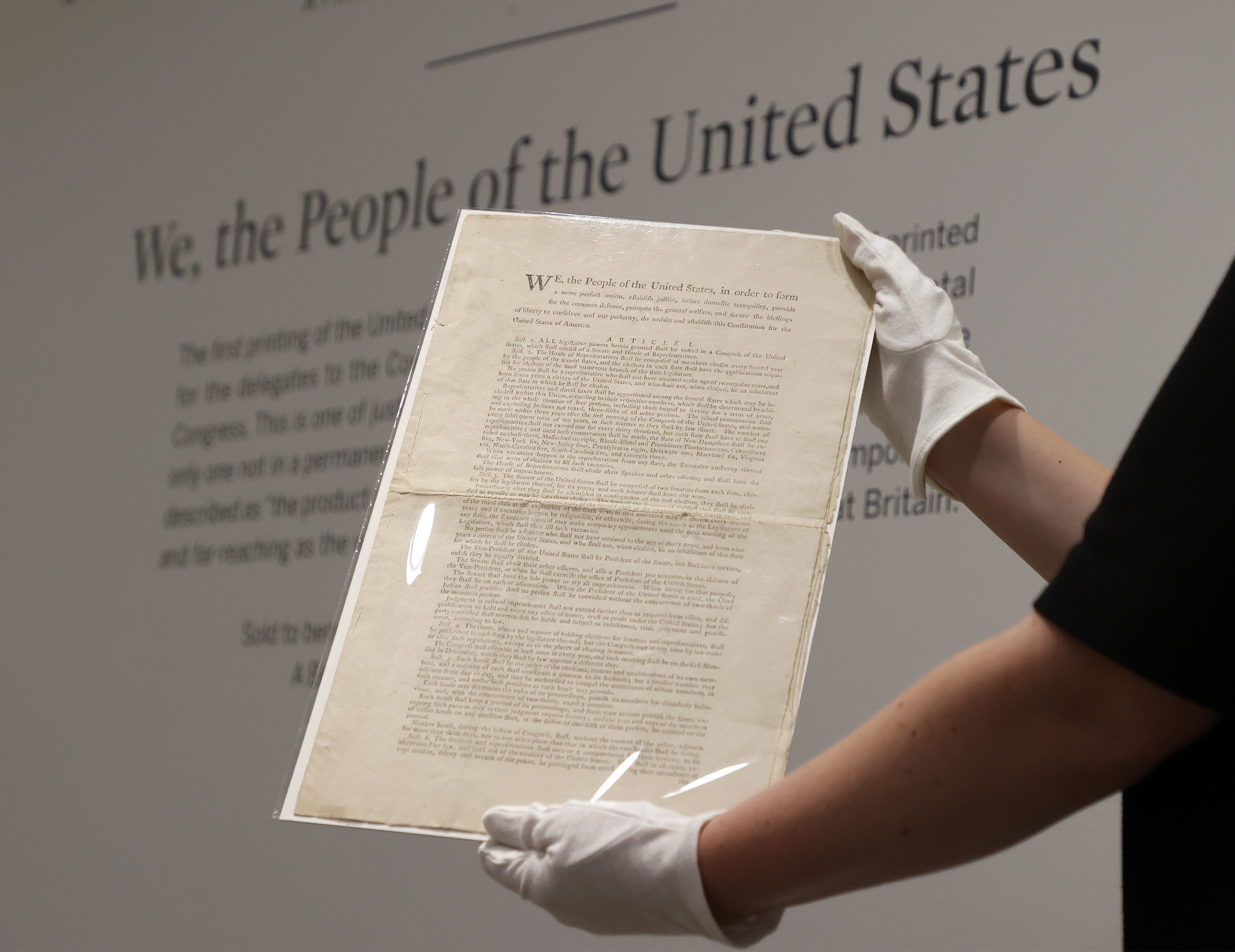 A first edition copy of the US Constitution from 1787 is going up for auction in NovemberCredit: EPA 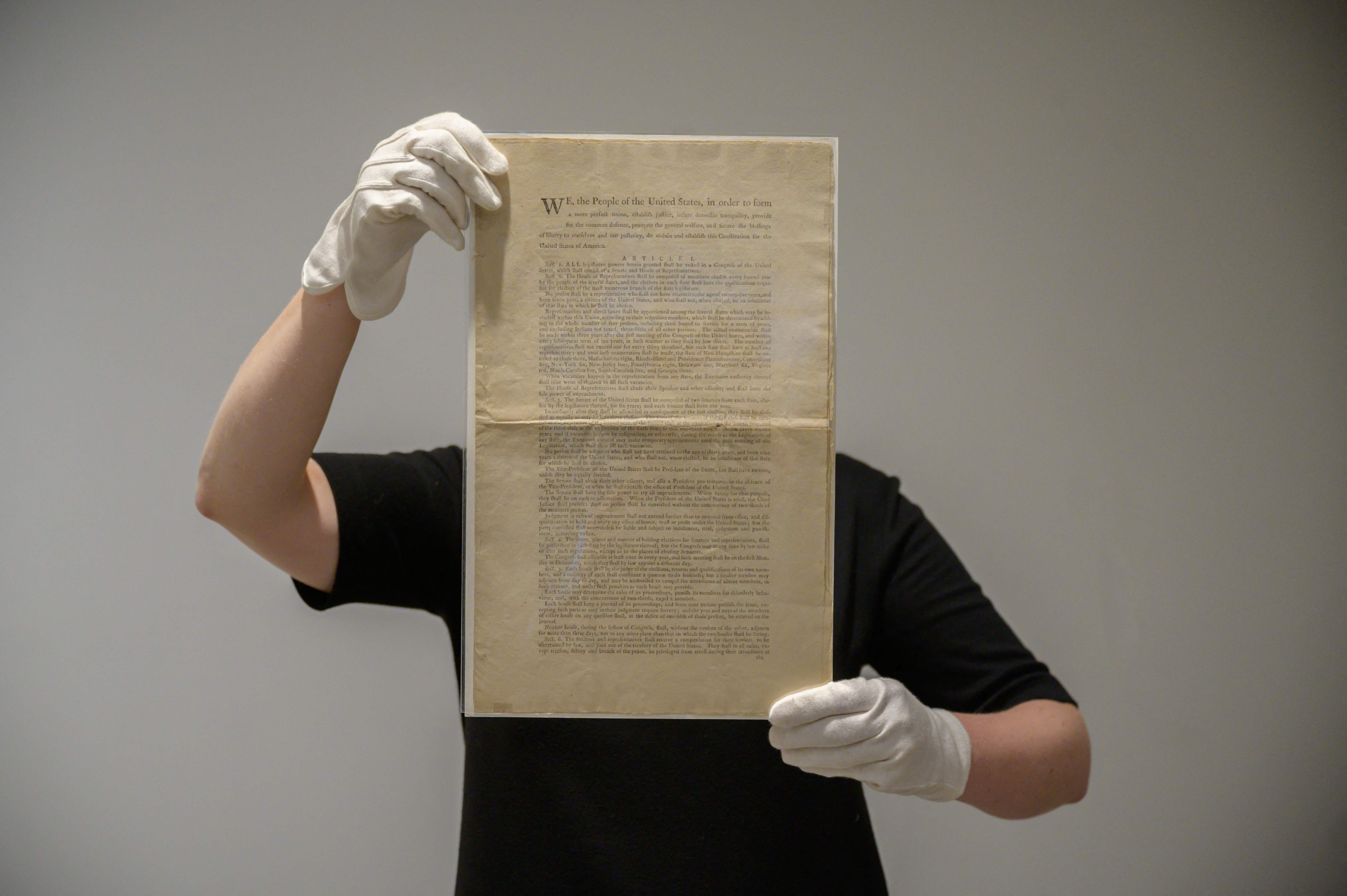 Sotheby’s estimates the document could sell for $20millionCredit: AFP

“It’s the official printing, the first printing of the final text of the United States Constitution done probably on the evening of the 16th of September, 1787, only for the use of the delegates to the Continental Convention and for the use of the Congress of the United States,” Sotheby’s Senior Specialist for Books and Manuscripts, Selby Kiffer told Reuters on Friday.

He added: “This is the only one that is not in a permanent institutional collection.”

Sotheby’s expects the valuable archived item to go for $15 million to $20 million.

The document’s sale will take place on the 234th anniversary of its signing by delegates to the Constitutional Convention.

The Goldman copy is expected to showcase at an unspecified New York event in November.

“There were vivid debates about whether it should be ratified or not,” Kiffer said.

“And those debates continue today.

“It’s the foundational document that’s going to last, I think, long beyond the current political atmosphere.”

The piece was last sold in 1988 for a much smaller sum of $165,000 when it was acquired by the late New York real estate developer and collector of American archives S. Howard Goldman, according to Reuters.

Offering it for sale is his wife, Dorothy Tapper Goldman.

She has committed to directing all proceeds to the charitable foundation established in her name.

There are an estimated 500 copies of the first printing of the Constitution that lack any John Hancocks.

For its part, the Library of Congress houses two surviving copies.

Sotheby’s tells Reuters that the Constitution’s first printing is even rarer than the first edition of the 1776 Declaration of Independence.

That precursor document featured seven original articles unveiling the framework for the US national government and its separation of powers, its relationship with the then 13 colonies, and methods on how to ratify and amend the Constitution before it was signed on Sept. 17, 1778 during the Philadelphia Convention.

It was fashioned to replace the budding nation’s first charter, the Articles of Confederation.

Although the copy isn’t signed, the six-page document features a list of the Constitutional Convention delegates attesting to its adoption in 1787 and a letter of submission from George Washington, who presided over the convention. 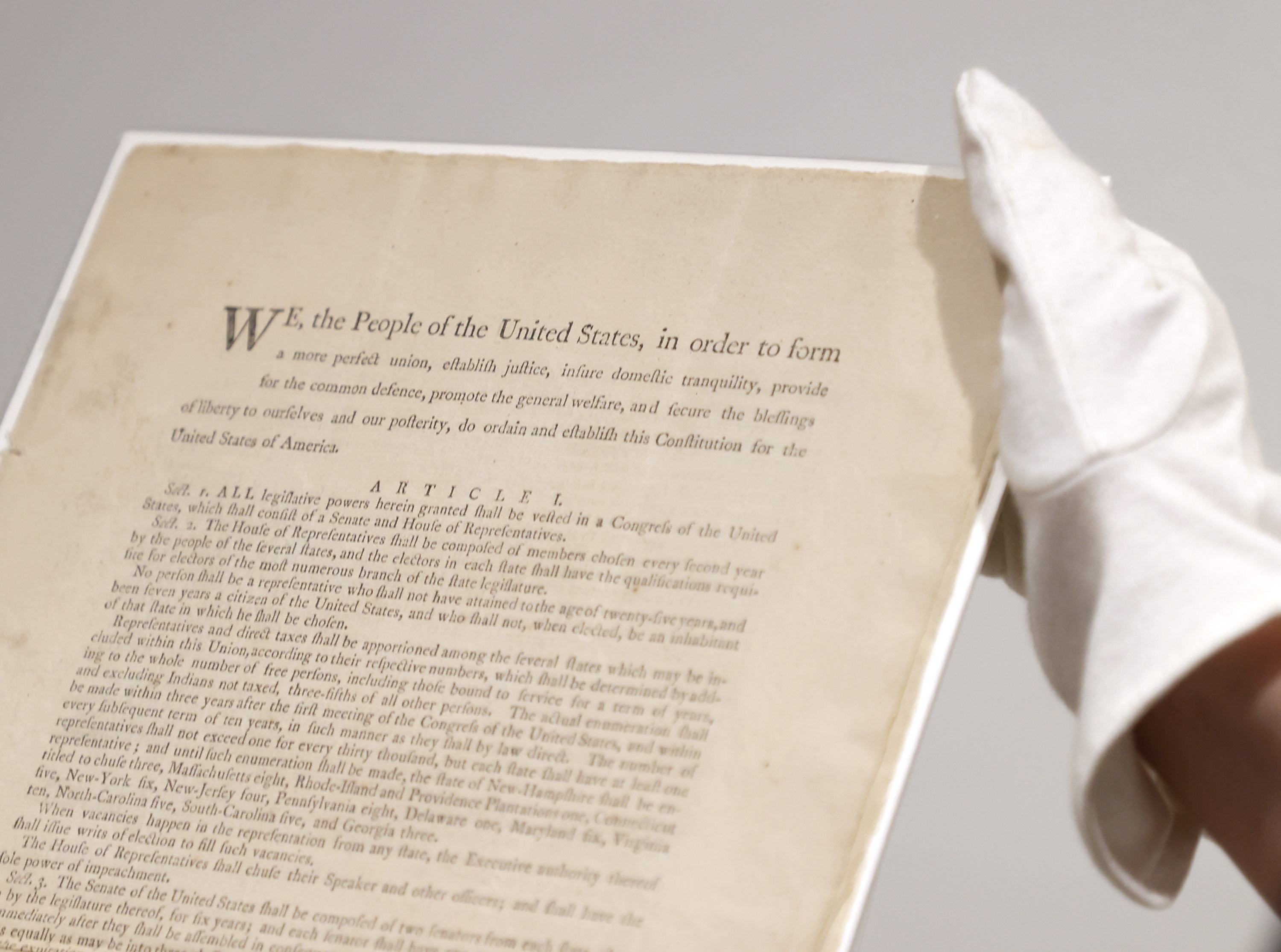